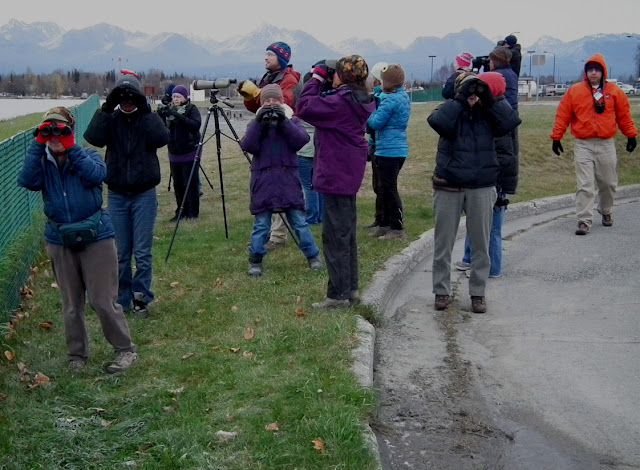 Right now Anchorage is experiencing it's second snowfall of the season. The first was back in September. This morning, before the snowfall got started, a ragtag group of birders gathered for the annual Fall Freeze-up, Anchorage Audubon's last big field trip of the year, (not counting the CBC). The photo above features just a few of the large group that showed up. 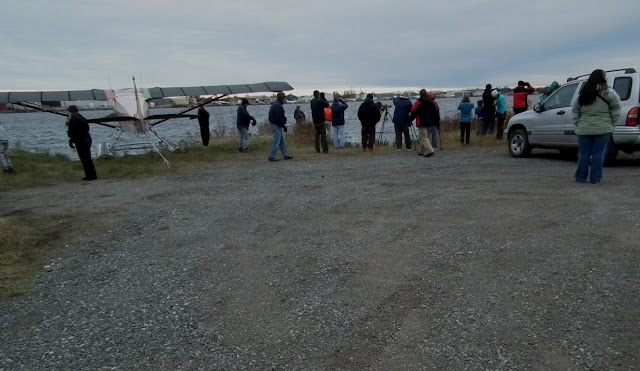 We started out at Lake Hood, which is surrounded on all sides by float planes. Although Anchorage is on the ocean, Lake Hood is a better place to get seabirds than the ocean itself. Right about now is the best time to see sea ducks there. This morning it was cold and windy. We saw mostly Common Goldeneyes, Mallards, scaups, and a few widgeons. Slim pickins. 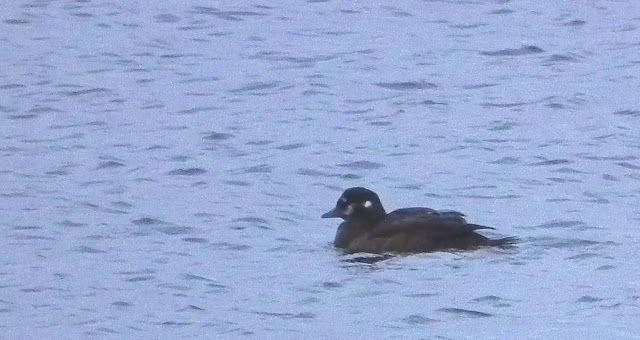 The best bird at Lake Hood was this female Harlequin Duck. This is only the second Harlequin that I have seen in Anchorage. They nest nearby along Gold Mint Creek above Palmer. 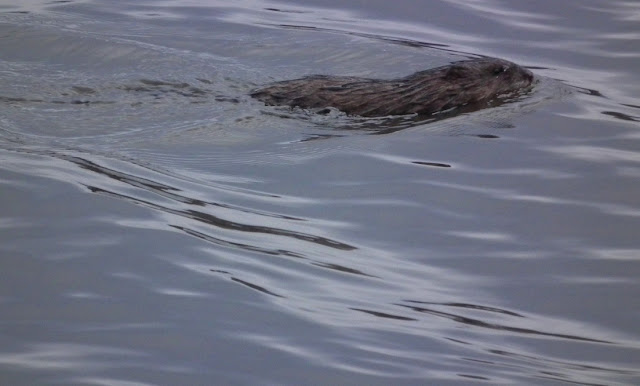 At Westchester Lagoon we saw this Muskrat, and a surprizng number of distant ducks. There were many Buffleheads, Common and Red-breasted Mergansers, Goldeneyes, Scaups, and stuff that was too far out to identify. 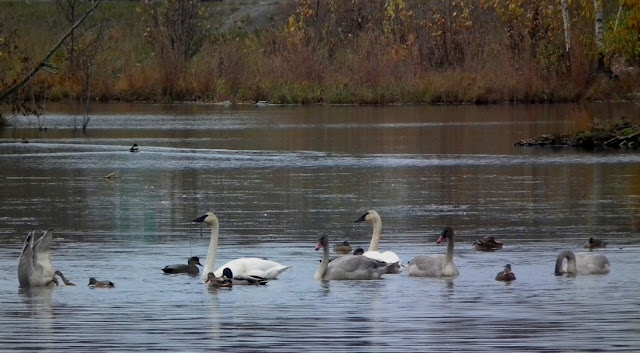 Spenard Crossing held the biggest surprize. The last several visits to SC, I saw virtually nothing. Today there were six Trumpeter Swans, two adults and four juveniles. Plus a good number of Gadwalls, Mallards, and Widgeons. A few gulls, and one Cackling Goose. 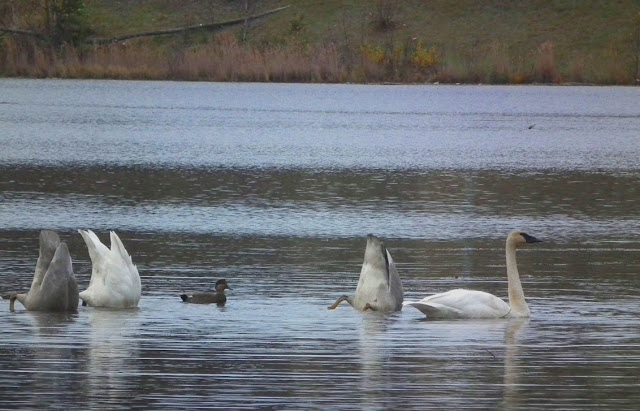 This is only the second time that I have seen swans at Spenard Crossing. The first time was early this Spring. Why would the swans choose SC, and not the much larger Westchester? Food availability must be the answer. 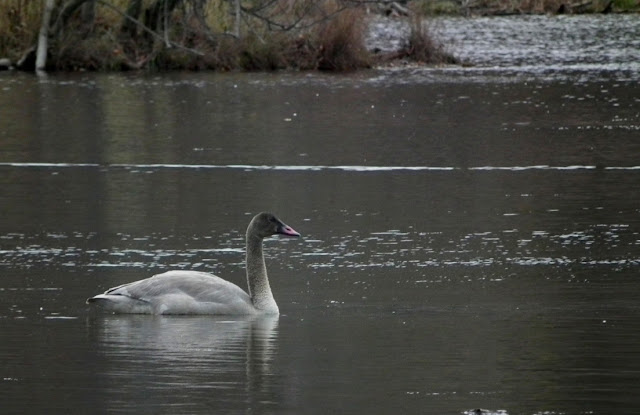 A nice shot of one of the young swans. 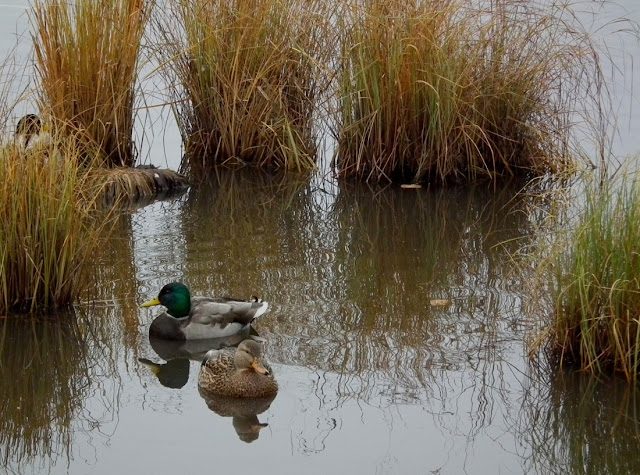 An even nicer shot of a pair of Mallards.

Last stop was Potter Marsh, which looked good in it's late Autumn colors. 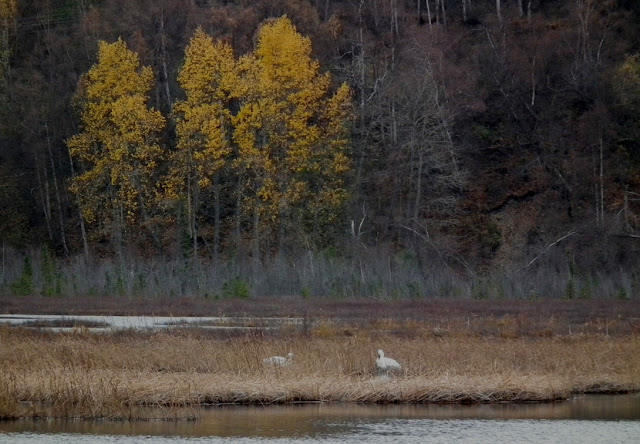 Potter Marsh was half-way frozen over, but there were five more Trumpeter Swans, all adults. All in all a good way to surrender the season to the coming Winter.
Posted by john at 7:53 PM

Wonderful landscape you have around there John, I can see why you love it so much!

The atummn its one of the beter seasons for moving and walking on the taiga,in know that many tribes like the Nahanny making a celebration for this, seasons when the mosquitos desappear from the forest and become more transitable.Its really amazing the encounter of these trumpeter swans.Its common this anatide in your area?.