Jeremy sent me some new photos from Petersburg. The Glaucous-winged Gull is obvious. Can you see the other birds in the photo? They look very much like the rocks that is their preferred habitat. 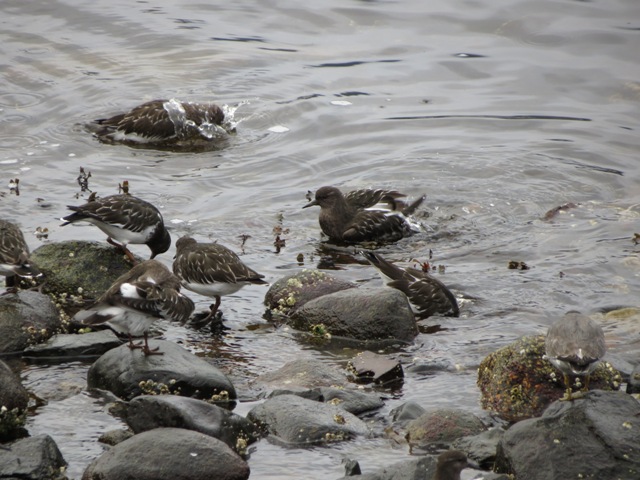 These birds are Black Turnstones, busily bathing at the water's edge. I am jealous because I have no photos of Black Turnstones at all. There is another shorebird in the photo, see it? 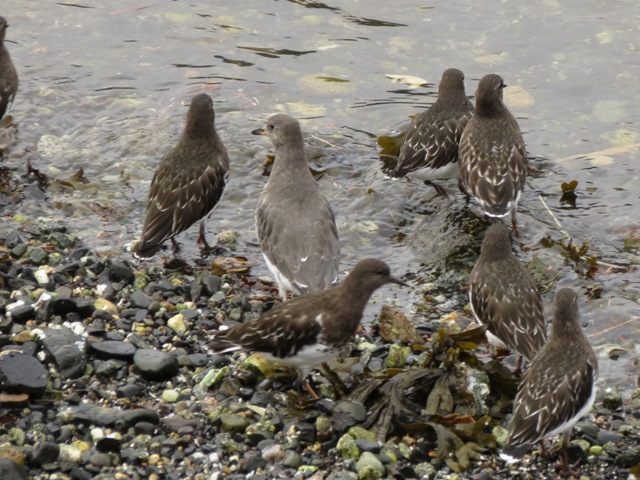 The mystery bird is the pale gray one in the center. Any guesses as to what it may be? 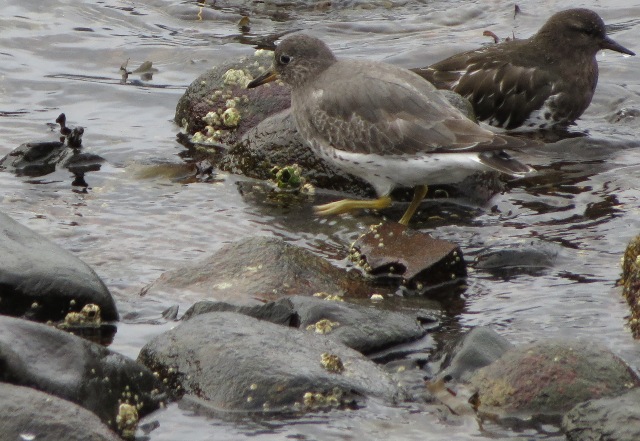 A closer shot. It's a Surfbird in winter plummage. Surfbirds and Black Turnstones share an almost identical breeding range and habitat preference. I have seen wintering Surfbirds in Mexico and as far south as Southern Peru. They are generally much more confiding around people than Black Turnstones. 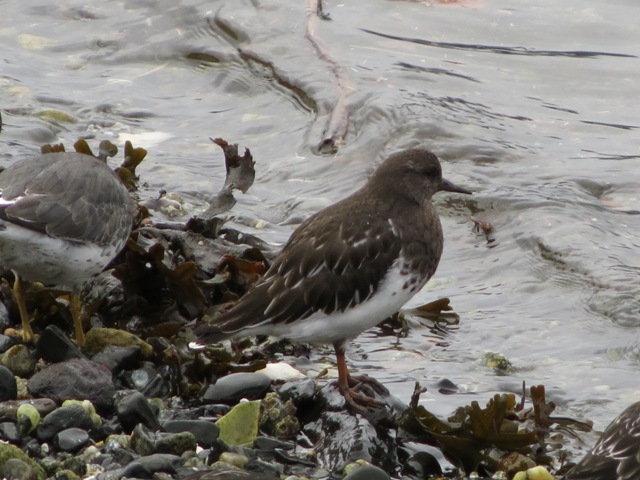 John!, there are muchs citations of black turnstones in any parts of north eastern Siberia coast;in Wrangel island and Chucotski peninsula.

One of the things that strikes us about the turnstones, is that they appear very dark and monochromatic on the shore, and much lighter in flight with impressive markings.