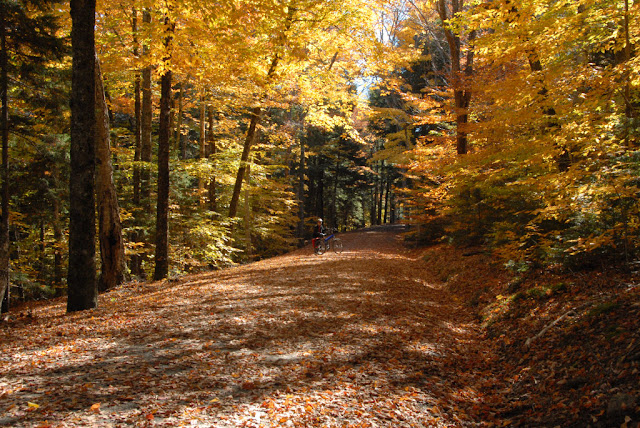 Scott Christy and his wife Jean Tam have contributed material for a number of blog posts in the past. This time they spent this fall travelling through select parts of New England on bicycles, fom Maine to Virginia. They rode for at least 400 miles through some very scenic and historic areas. That is Jean in Maine in the photo above. 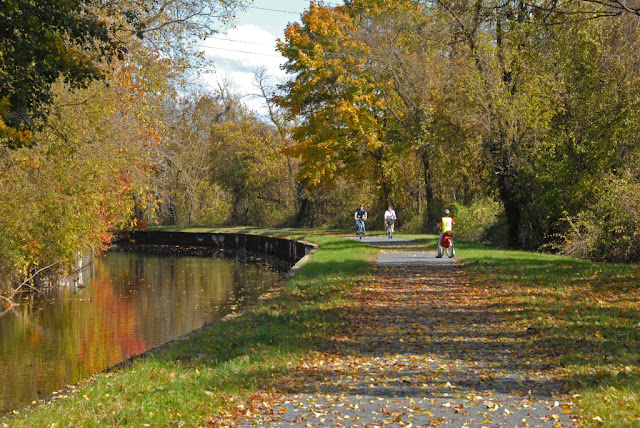 They were accompanied on parts of their journey by friends, and Scott's sister. They rode collapsible bicycles that they could stow in their small airplane. They tried to avoid roads or trails open to motorized vehicles. They camped wherever they could. 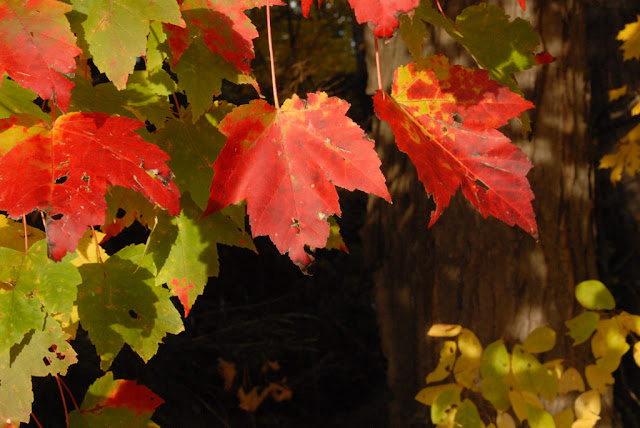 New England is famous for its brilliant Autumn colors, and Jean And Scott hit the region during prime leaf transition. 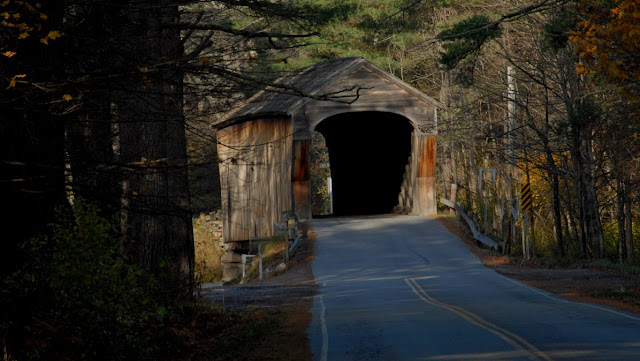 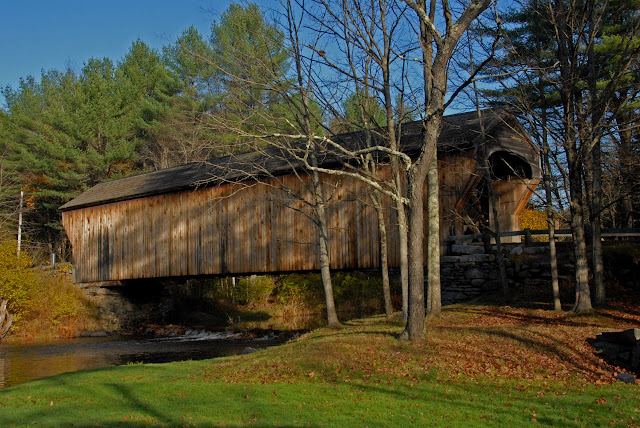 Just like, The Bridges of Madison County. Remember that movie? 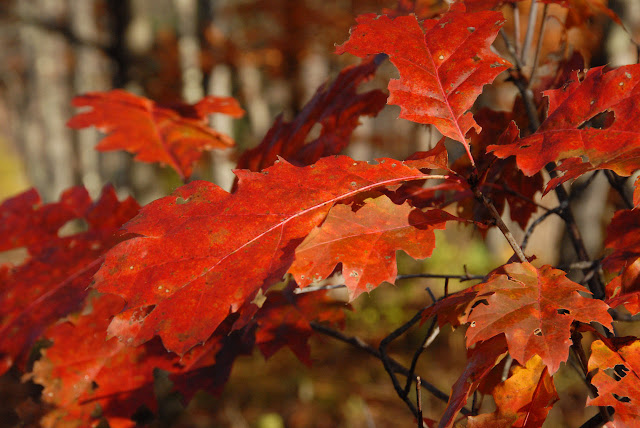 I guess that this is some kind of Oak. 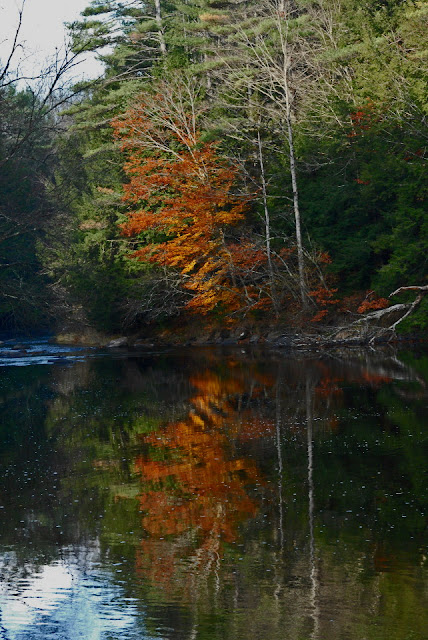 This photo reminds me of another old movie, On Golden Pond. This scene only lacks a loon. Speaking of loons, Jean and Scott live next to a small lake, (Connor's Lake) in Anchorage. They built and maintain a floating platform that is used by a nesting pair of Pacific Loons every year. They added loon cams to monitor the progress of egg hatching etc. Cornell Lab of Ornithology hosts a live feed of these loons on their website during the nesting season. I dont have the link on hand, but it's something like, www.cornell.edu. 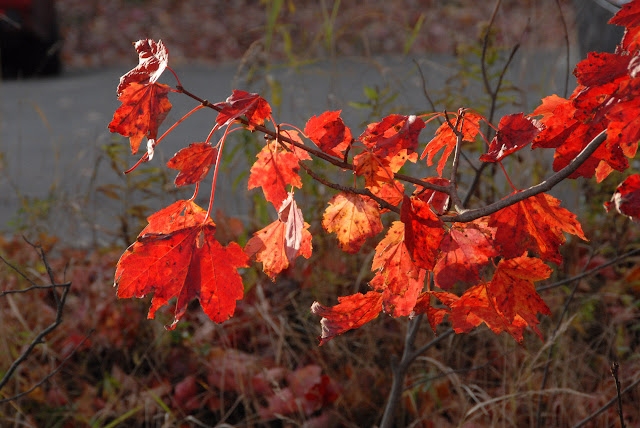 This must be Red Maple. 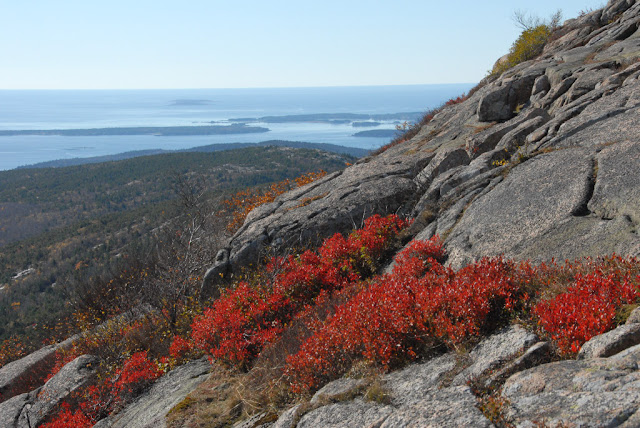 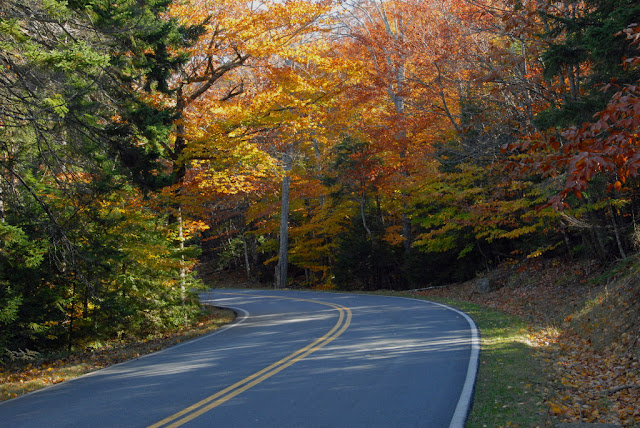 Now it's on to points South. Stay tuned for more of Jean & Scott's travels through New England.
Posted by john at 6:16 PM

Bery beatifull travel John.Many years ago my fathers and a neighboring family, was visited the Adirondaks and they enjoy bery much the routes of this national park.The eastern states of North America still contain much mixed and broad leaf forest for the more wet and warming influence of the Atlantic ocean, that allow this forest to crosh the Apalachian mountains and reach the Misisipy basin.I heard that the Algonkin national park of southern Ontario its one of the most wildest and better preserved mixed forest.

Bicycles and horse buggies were the two mainstays of private transportation just prior to the automobile, and the grading of smooth roads in the late 19th century was stimulated by the widespread advertising, production, and use of these devices.