The Eagles of Winter 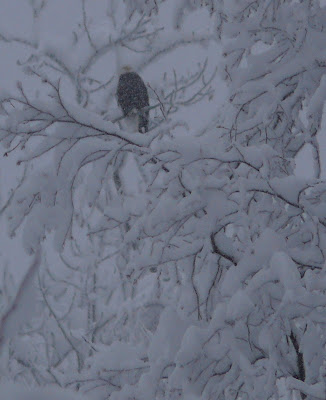 We have had a large dump of snow around here, that has continued for days. The snow in my yard is now thigh deep. The thermometer on my balcony reads -13c, thats +7f. Tomorrow is forcast to be 10 degrees colder. These temps are normal for this time of year, and the scenery is stunning. I've been seeing a lot of Bald Eagles around town. They are being fed by a few people, and many more of them fill their bellies at the city dump. The eagle above was enduring the snowstorm in a nieghbor's yard, yesterday afternoon.

The following photos were shot earlier near the fire station across town. That is where most of the town eagles hang out because an old woman feeds them year after year. This is strictly against the law, but the powere that be, look the other way. 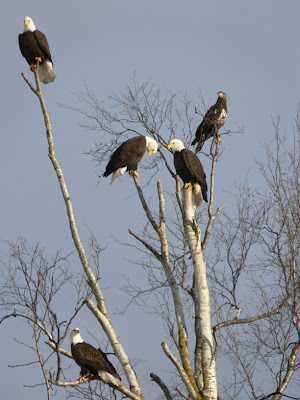 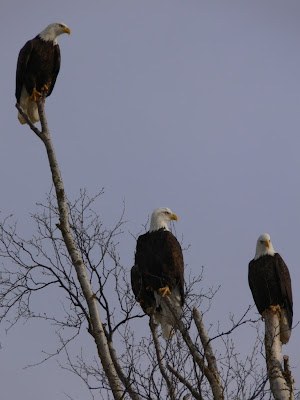 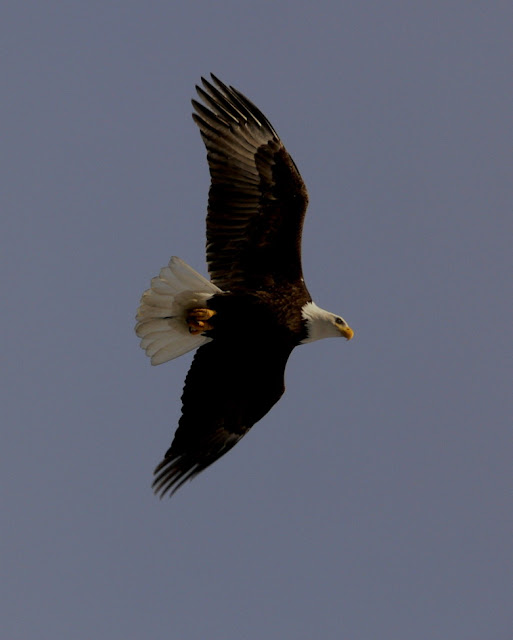 The controversy about feeding eagles is that more eagles survive the winter than would otherwise survive. The artificially elevated eagle population puts extra pressure on traditional prey species in the summer months, when the eagles are not being fed. Nesting loons, and Sandhill Cranes, suffer the brunt of eagle depredations.

Volunteers monitor nesting loons around Anchorage, and the Matsu Valley. In some years, eagles snatch every single loon chick. The loon poulation is steadily dropping. The same thing is happening with the local crane population. That is why many conservation minded people hate the fact that eagles are being fed in the winter months. The number of eagles that feed at the dump is even greater. Another controversial practice is the rehabilitation of injured eagles. These eagles are released locally when they have recovered, and that adds to the problem. In spite of all that, it's great to see eagles up close.