I just read another blog called, The Flying Mullet, that featured a list of the author's top ten new birds of 2009. That got me thinking about my own favorite new birds of this past year. It's too hard for me to list them in order, or to limit the number to only ten birds. All of my lifers this past year were seen in Peru in January and February. I managed to photograph some of them, and I posted those photos last summer. I'll include some of those photos in this post, and add some new photos. 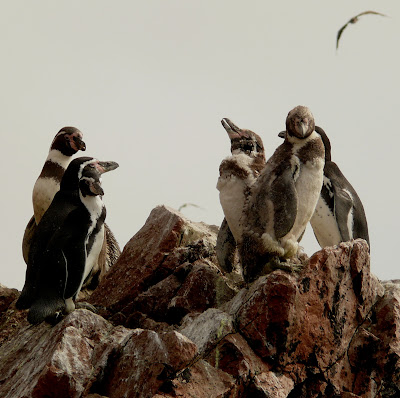 Arguably my favorite lifer of 2009 is the Humboldt Penguin. I have wanted to see penguins for years. 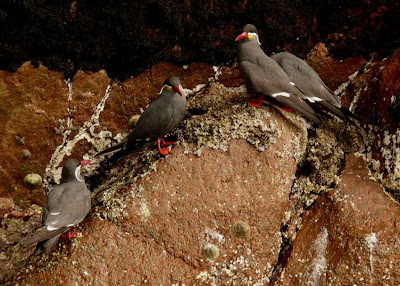 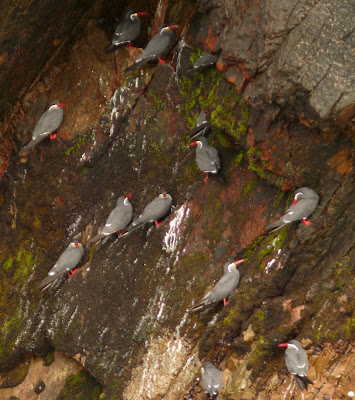 Another cool species I saw on the Islas Ballestas, next to the penguins were Inca Terns. 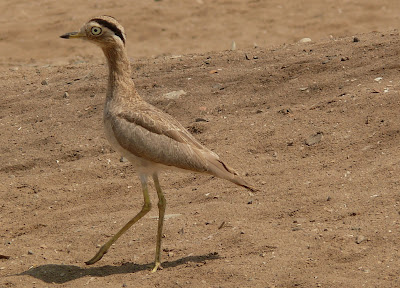 The Peruvian Thick-knee is a large, nocturnal shorebird that inhabits the barren deserts along Peru's west coast. 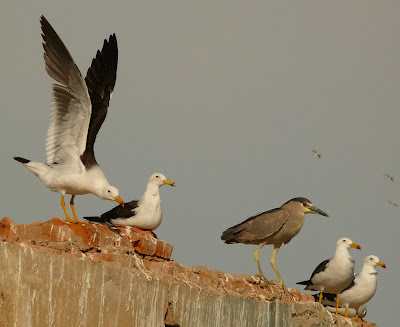 The Black-crowned Night Heron was certainly not a new species, but the Belcher's Gulls were. 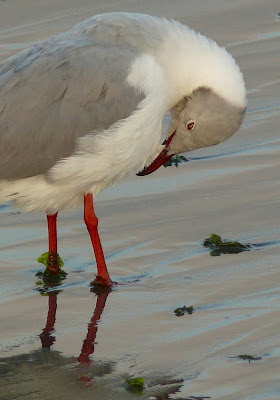 Another of 5 new gull species in Peru was the Gray-hooded Gull. The others were, Andean, Kelp, and Gray Gulls. 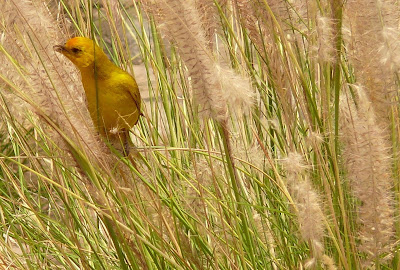 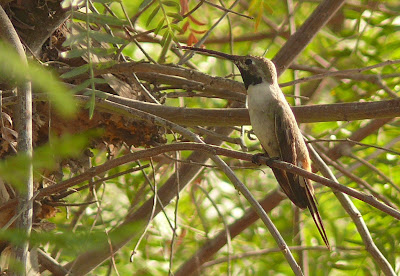 Another inhabitant of the desert is the less than colorful, Oasis Hummingbird. 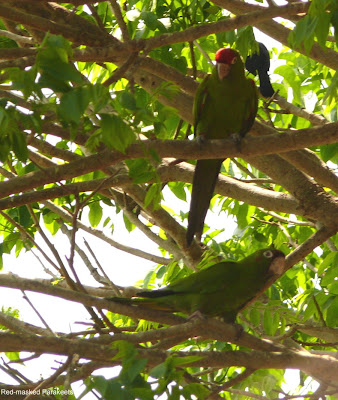 The commonly seen parrot in Lima is the, Red-masked Parakeet 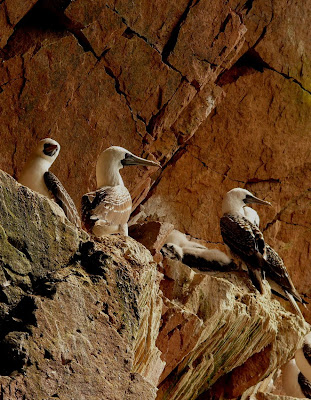 The 5th species of booby that I've seen is the Peruvian Booby. 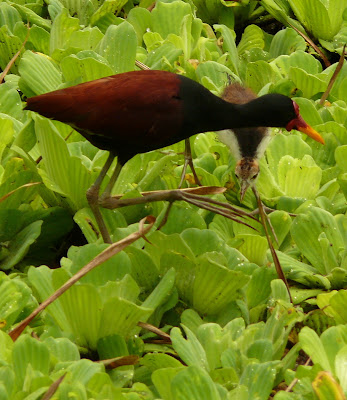 Wattled Jacanas are very common in the Amazon Basin. 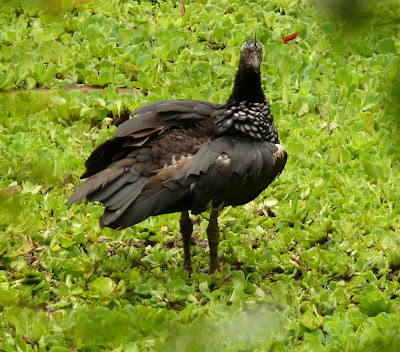 A turkey sized oddity of the Amazon is the Horned Screamer. 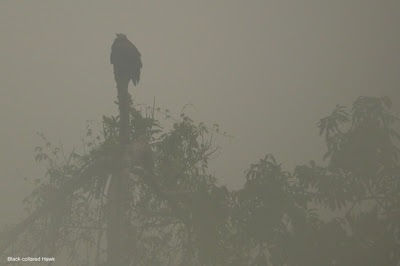 One of the few new raptors that I saw was the Black-collared Hawk. 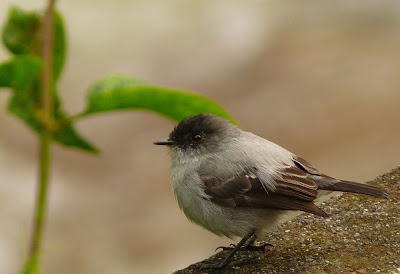 A friendly flycatcher of the cloud forest is the Torrent Tyrannulet. 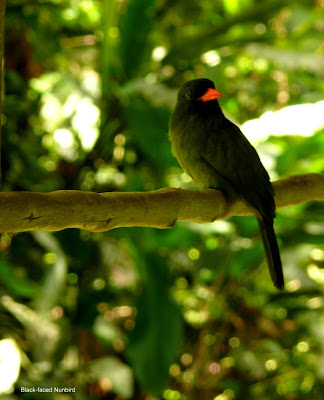 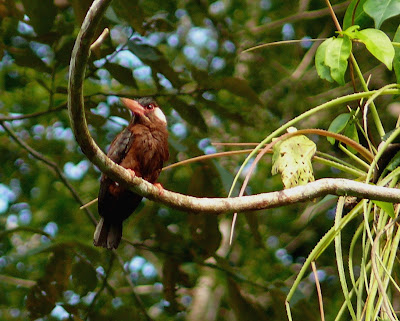 A bad photograph of a great bird, White-eared Jacamar. 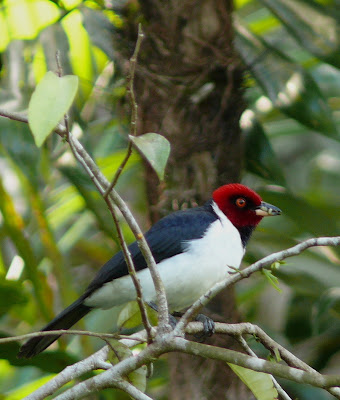 There were Red-capped Cardinals nesting within a few yards of my bungalow on the Amazon River. 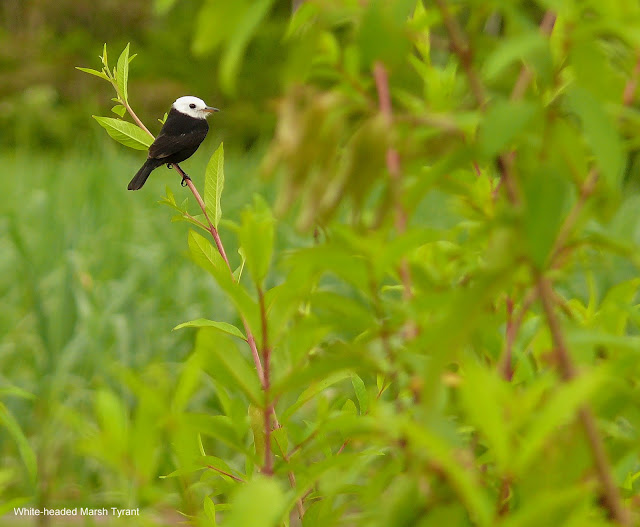 White-headed Marsh Tyrants are often found on islands in the Amazon River. 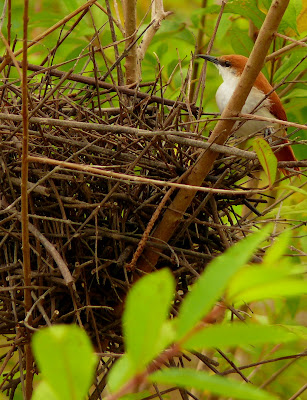 A bird that occurs exclusively on inlands in the Amazon River is the wonderful, little, Red and White Spinetail.

Other favorite lifers I saw but did'nt get good photographs were, 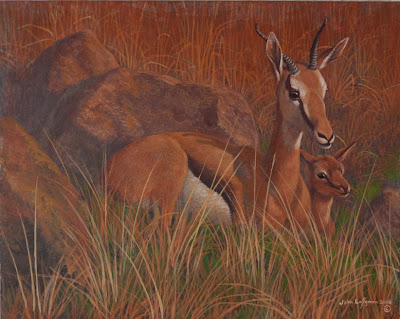 One more small painting to bring with me to South Africa. It is an 8x10", mother and calf, Springbok. The painting looks alright but I continue to be frustrated by the digital photos of my paintings. The camera interprets what it sees, differently than the human eye sees. The actual paintings have much more natural tones, and greater detail. 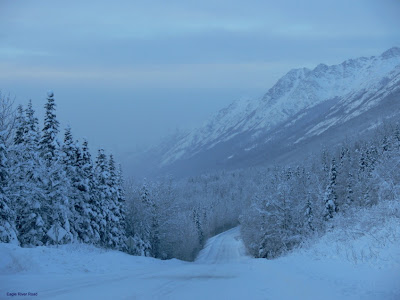 Eagle River Road above the town, looking back toward town. 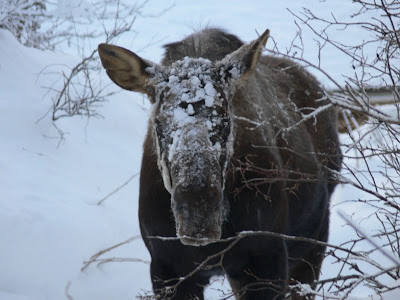 Moose have a reputation for being dangerous. Cow moose with young calfs are dangerous when they feel there is a threat to the calf. Otherwise moose tend to be fairly docile, (at least most of the time). This is an antler-less bull. 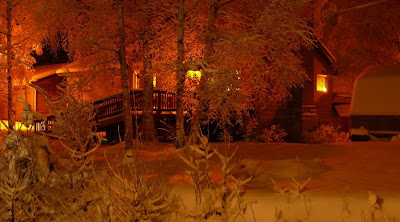 My nieghbor's house at night. This is what I see from my balcony. 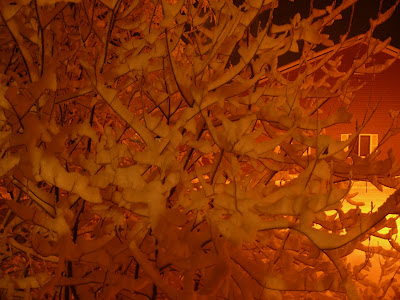 Another view from the balcony, looking towards the medical clinic next door. 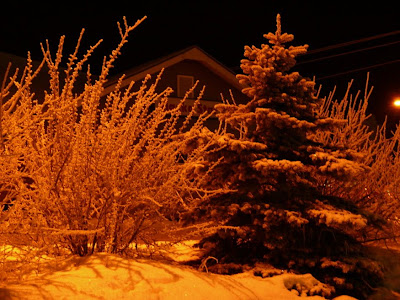 In the same small building as the clinic is the town newspaper, The Alaska Star. You can see the sign behind the bushes. 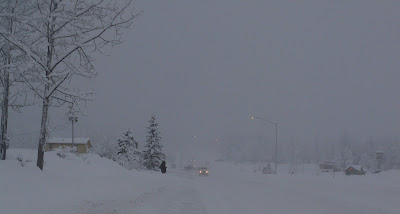 It will be so nice to escape this when I head for Africa in a few weeks. I may not put up another post for a few months. We shall see if I find time to post from South Africa.

Here are two more paintings I did in anticipation of my upcoming Africa trip. 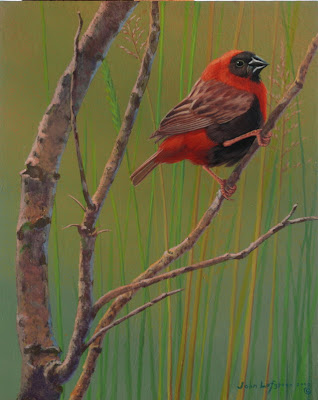 This is a 10x8" painting of a Red Bishop. These are small seed eating birds that frequent moist grasslands throughout much of Africa. They are also popular cage birds in many countries. They have become established in Hawaii, and some other places as well. 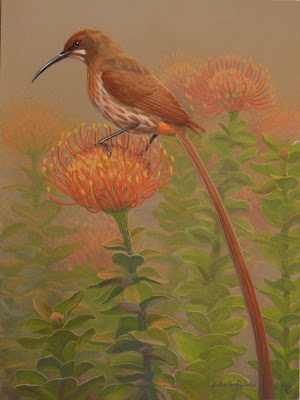 The above painting is a 12x9" Cape Sugarbird. It is an endemic of the southern coast of South Africa. In other words, it only lives in the farthest south region of the African Continent. They survive almost entirely on the nectar of Protea Flowers, which are found along the coast around the cape.