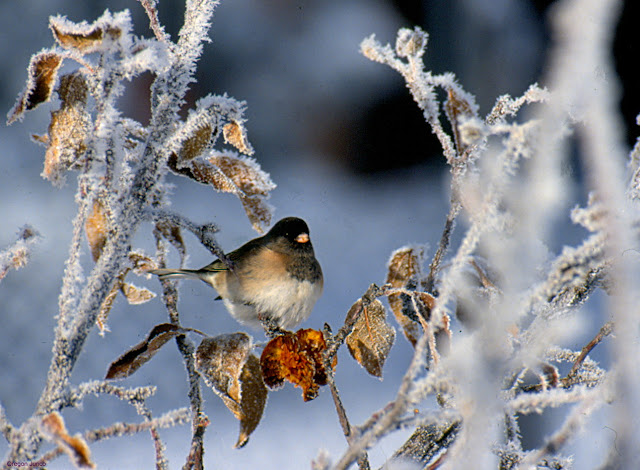 Most of these photos were shot on a January morning in my yard when I was in Northern Arizona. The thermometer read 0 degrees farenhiet. The night before there had been an ice fog that covered everything in Hoar Frost. Birds like this Oregon Junco were drawn to the frozen apples in this tree. Oregon Juncos are one of several bird species that are only seen in Arizona in the winter. Thus they are known locally as snowbirds. 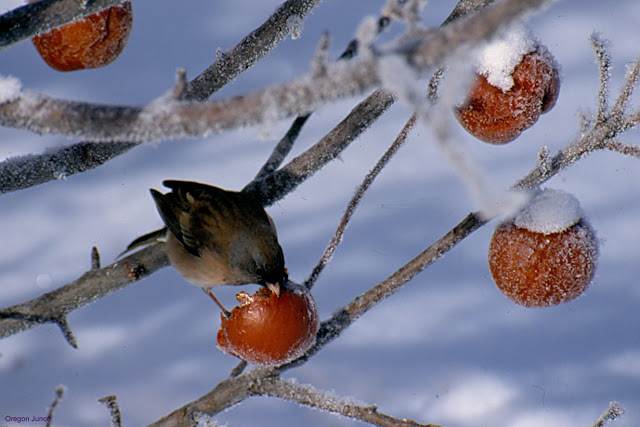 Normally juncos ignore fruit like apples but when it's cold enough they are not so choosy. 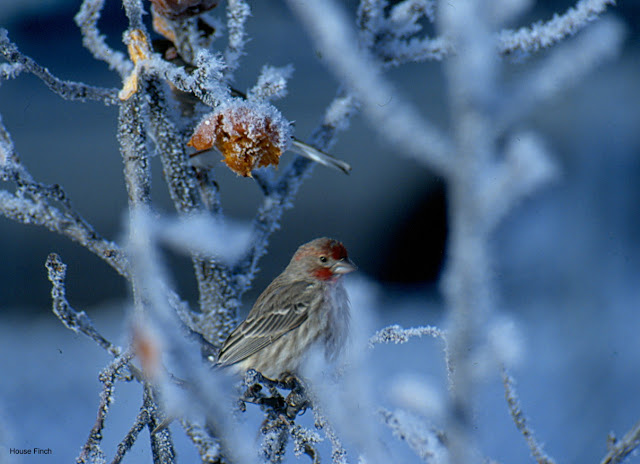 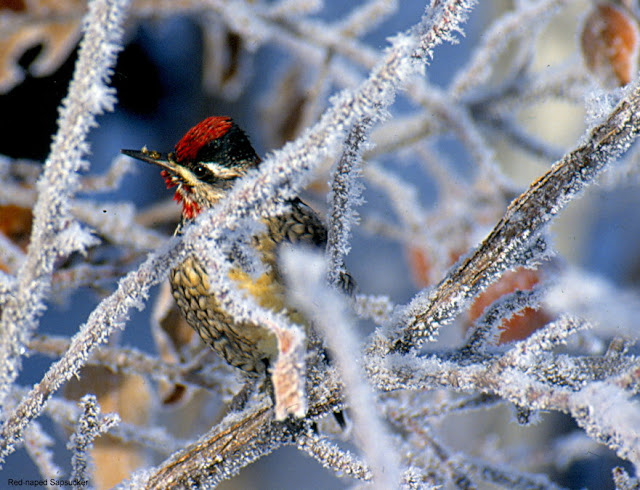 A Red-naped Sapsucker helped the smaller birds by piercing the leathery skin of the shrivelled apples. 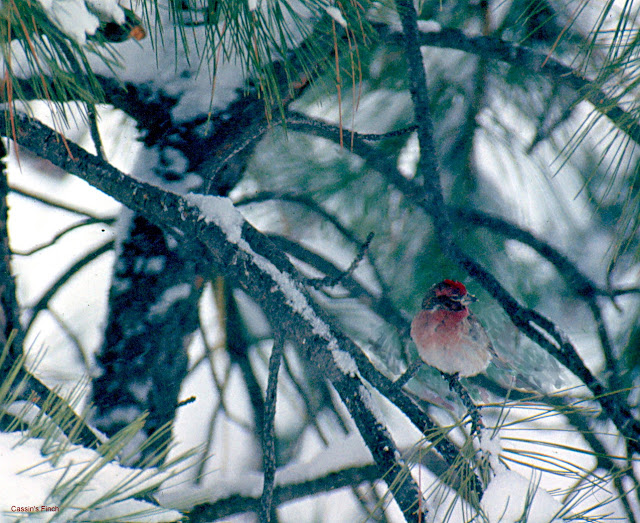 Cassin's Finches are rarely seen in the White Mountains where I lived. 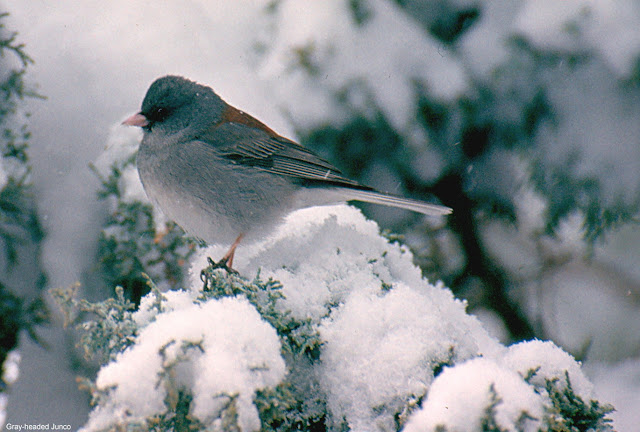 One junco species can be seen year round in the White Mountains, the Gray-headed Junco. It seems to be more visible in the winter months. 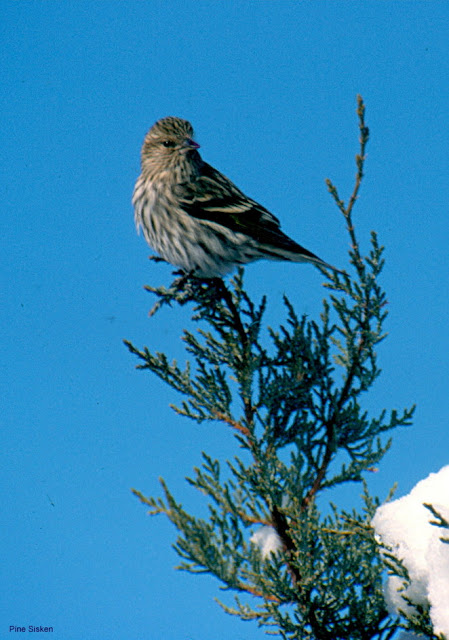 Pine Siskins are a species that occur both in Northern Arizona and Alaska. 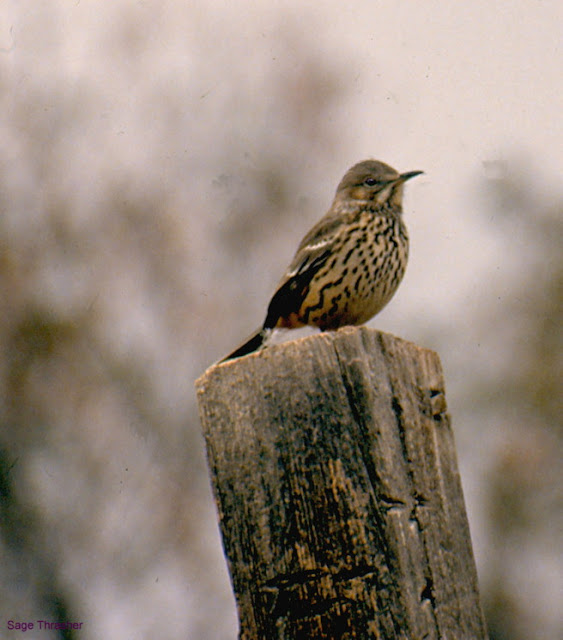 Sage Thrashers are a snowbird that prefer more open areas. 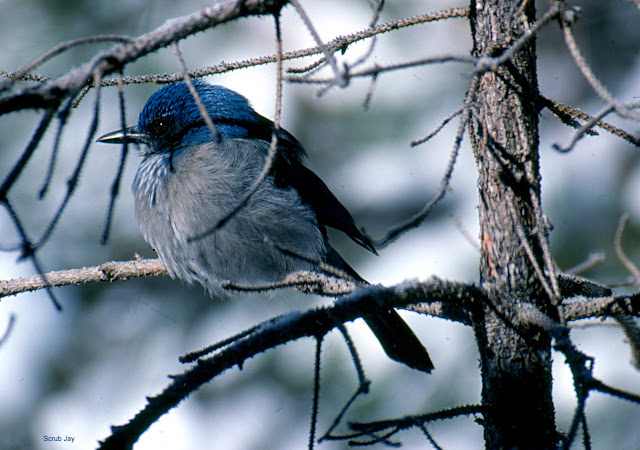 Along with Scrub Jays like this, the White Mountains also has Steller's, Pinyon, Gray, and rarely Gray-breasted Jays. I had all of them in my yard except Gray Jays. Steller's Jays were by far the most common. Around here in Anchorage there are only Steller's and Gray Jays.
Posted by john at 5:51 PM