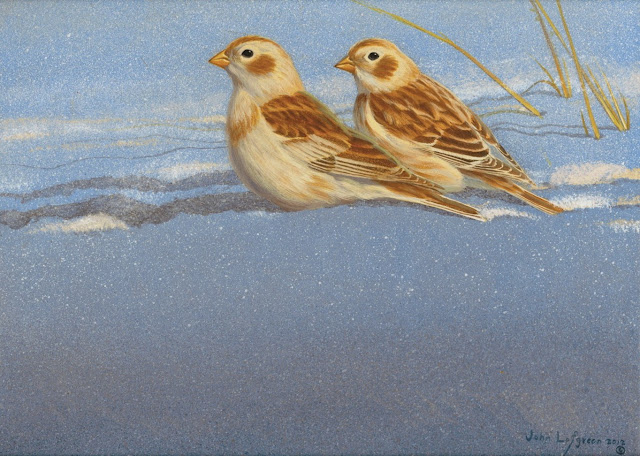 Do you know what these are? My latest painting is 9x12". Throughout much of North America, and in Europe as well, certain bird species tend to form flocks during the winter months. Some of these birds come down from their breeding grounds in the north, others have been around all year, just being inconspicuous.  They are collectively called, Snowbirds.
I have heard the term 'Snowbird', applied to, juncos, Pine Grosbeaks, Common redpolls, Cassin's Finches, and more. The birds in the painting deserve the title, Snowbird. They are Snow Buntings. They live in Northern North America and Northern Europe.

Snow Buntings nest on the tundra, and winter in open areas, usually near the coast. 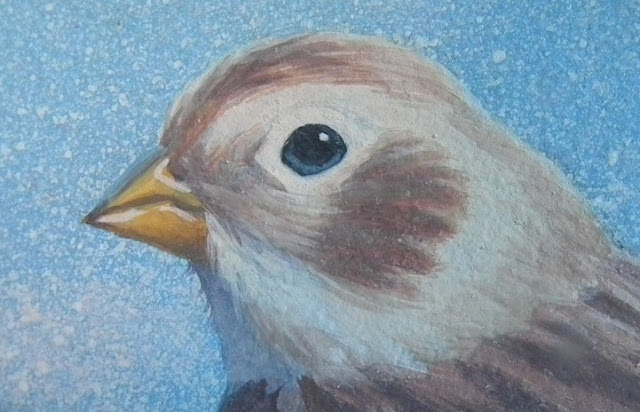 They seem to be gluttons for punishment. Around here they are found in the windiest, most exposed and barren areas during the winter. In the summer months, the males wear black and white plummage. 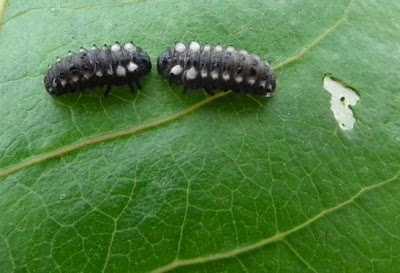 Some of the latest photos that I've taken are of the larval form of a small green beetle that plagues cottonwood trees. The adult beetles emit a noxious smell when touched. 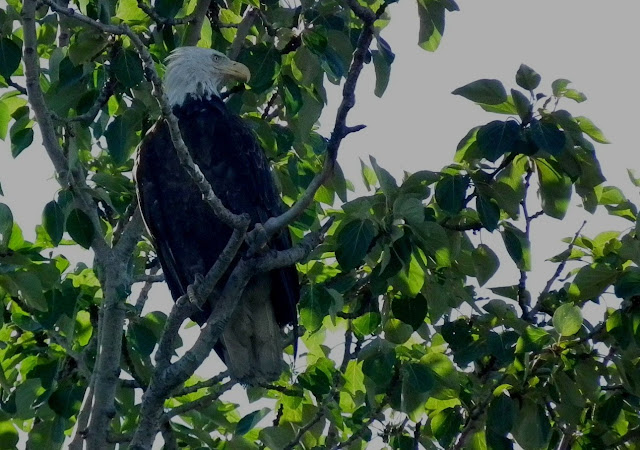 Down along the coastal trail, the neighorhood Bald Eagle changed cottonwood trees. Perhaps it's habitual tree has too many annoying beetle larva in it. 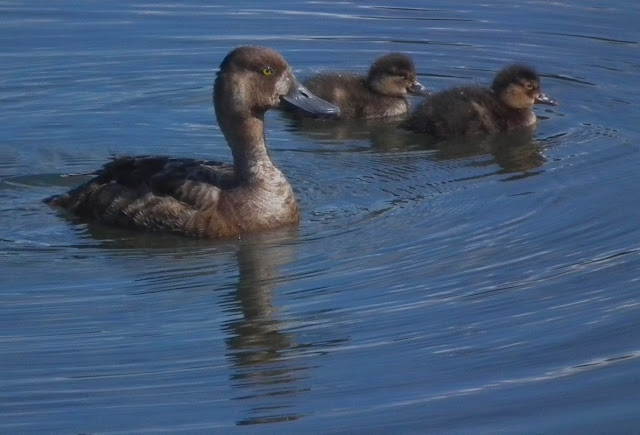 At Westchester Lagoon, most of the ducklings are almost grown. This brood of Greater Scaup must have gotten a late start. Maybe this hen's first batch was taken by a predator. They need to grow big enough to fly before freeze-up in October. There were more ducklings out of the photo frame. 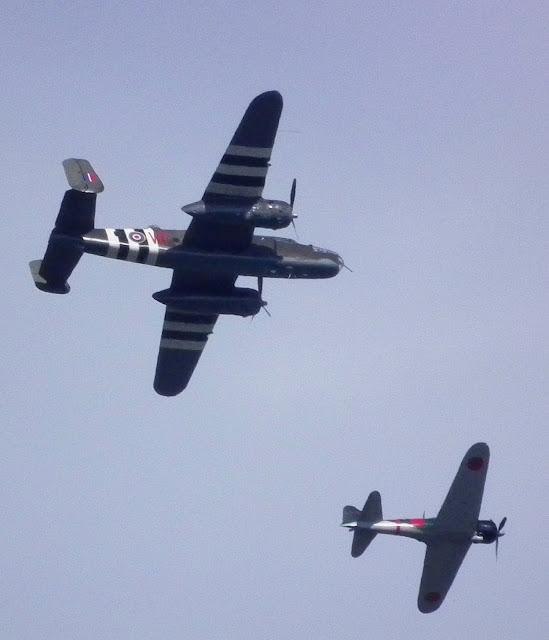 Last weekend there was a big, loud military airshow, Arctic Thunder, near my  part of town. These WW11 era planes were re-enacting a dogfight. 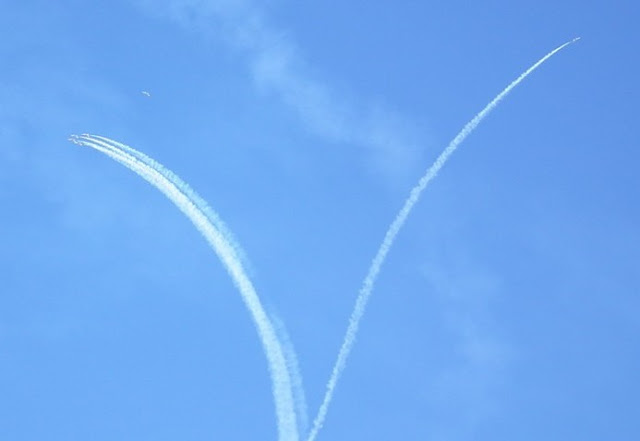 Many fighter jets swooped past my yard low and too fast to photograph. The noise was tremendous. These jets were flying higher. They are a precision flying team called the Thunderbirds. 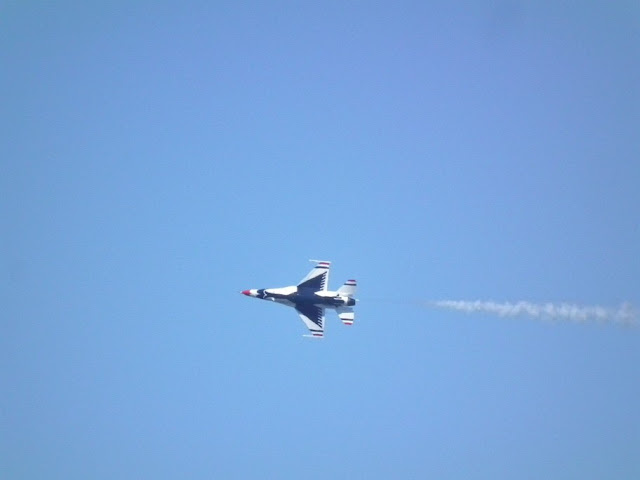 This is the best photo I could get of a Thunderbird. During much of the year, big C-130's and Stealth fighters fly low, directly over my building. It can shake the fillings out of your teeth.
Posted by john at 9:05 PM

Beatuful pictures of snow buntings, the twice individuals that you paint are females.I apreciate especially the reflexes of snow crystals.I know that these birds hinabits also all the Siberian tundra an also it breeds in a area of central Kamchatka too.

Thank you for your comment Marc. I wanted to paint a male and female, but I had limited reference photos of males in the winter. The books say that they look like females in their winter colors.