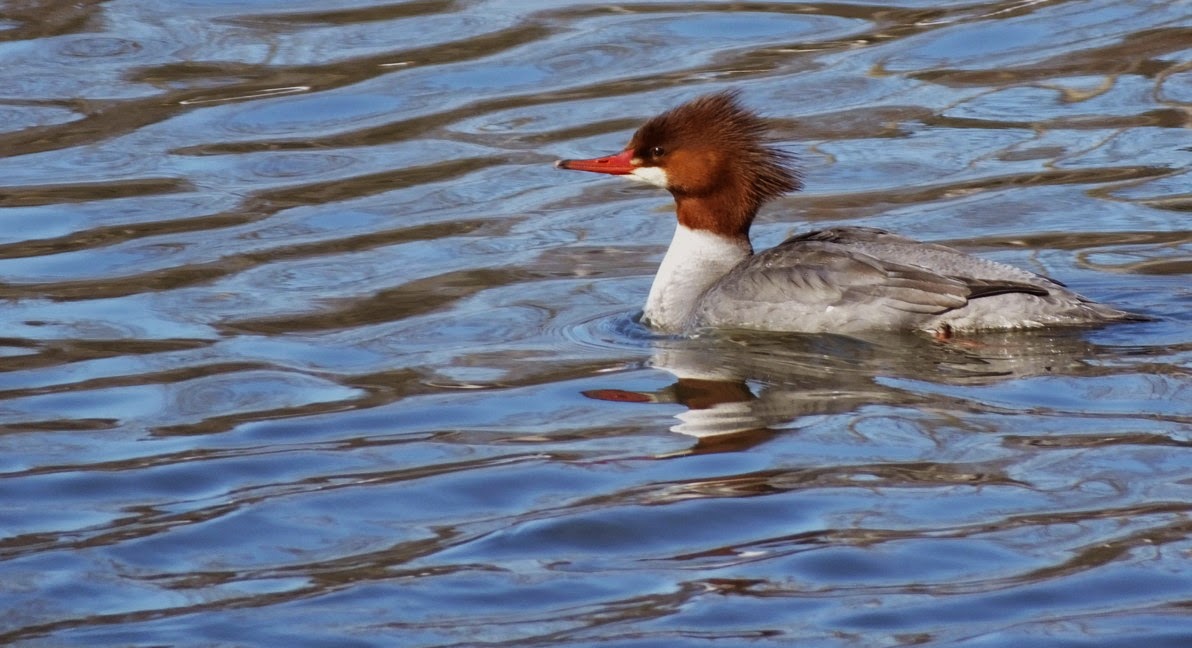 The best thing ever; Spring is springing, (a little at a time). There is open water in a few spots, like Spenard Crossing. 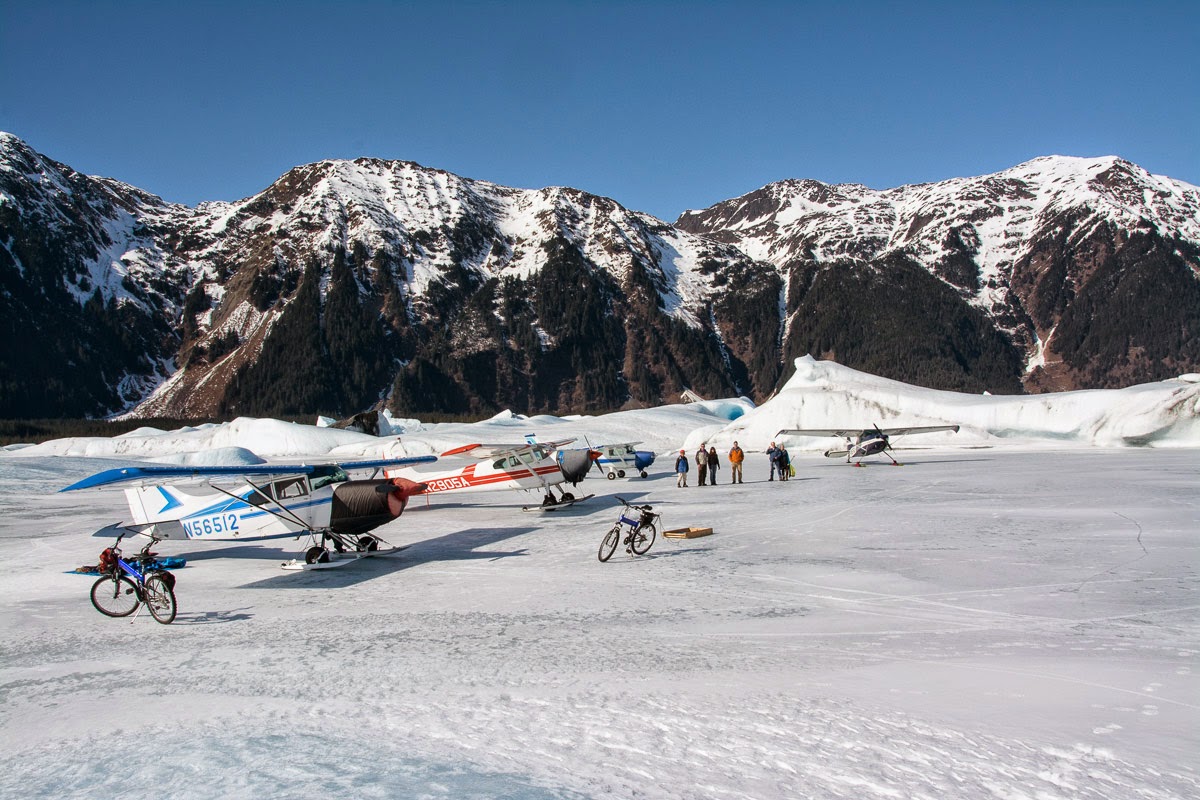 But not so fast. Most of the lakes are still frozen over. It is solid enough that airplanes can still land on them.
The word has spread among bush pilots about all the fun that Scott Christy and crew have been having on the outer coast of the Kenai. 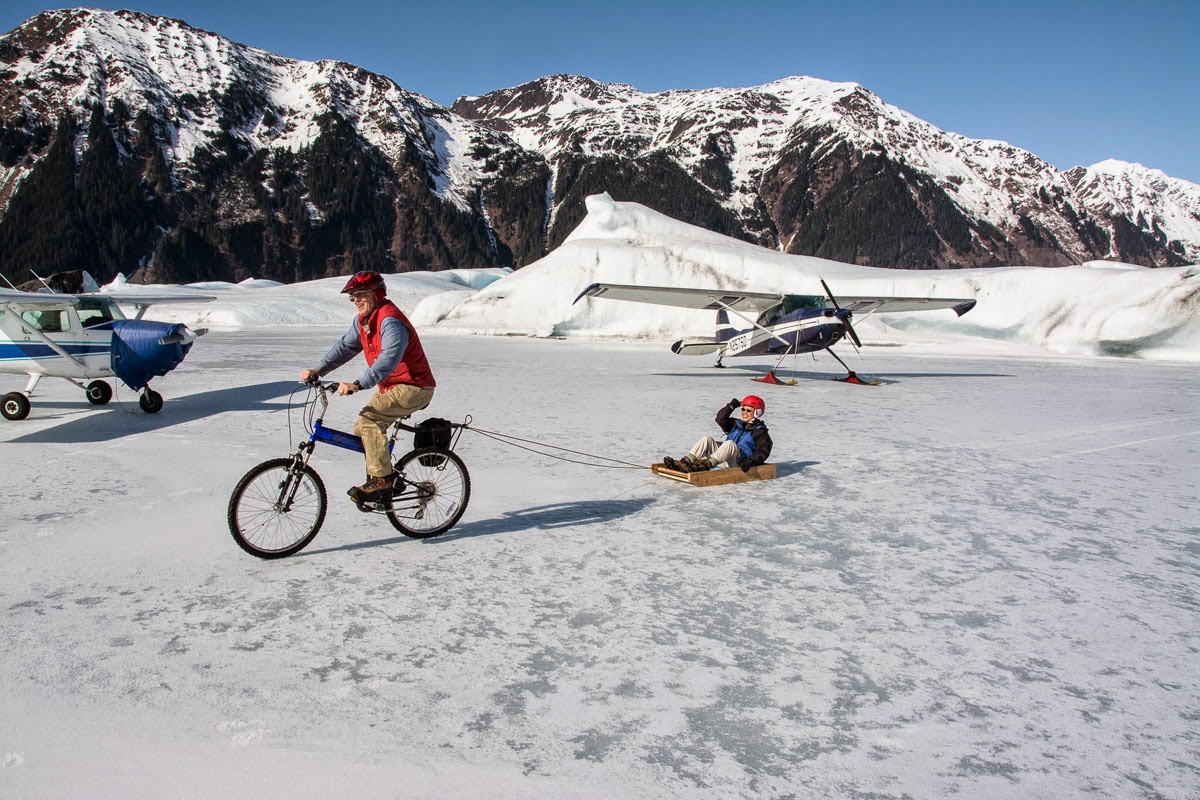 Scott's wife Jean gets towed on a makeshift sled. The temperature was in the mid-forties farenheit, warm by our standards for this time of year. Soon it will be unsafe to use skis, or wheels on the planes when they land on the lakes. 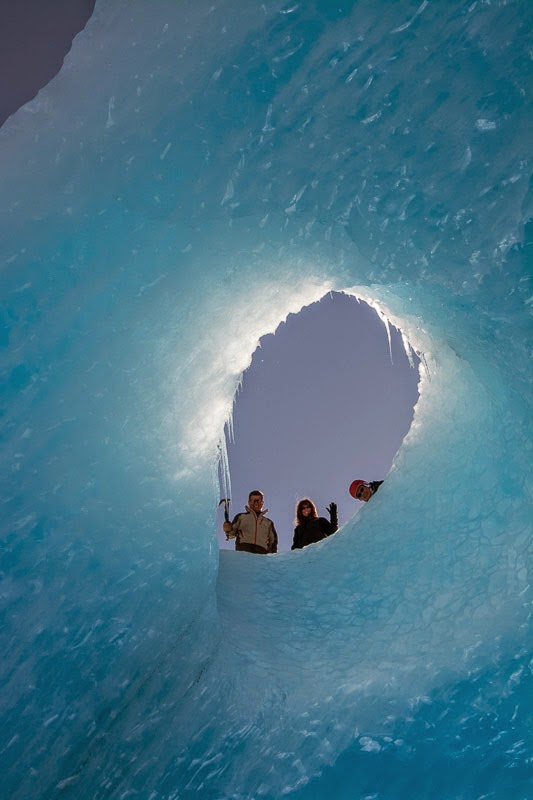 The ice formations keep changing shape over the course of the Winter. 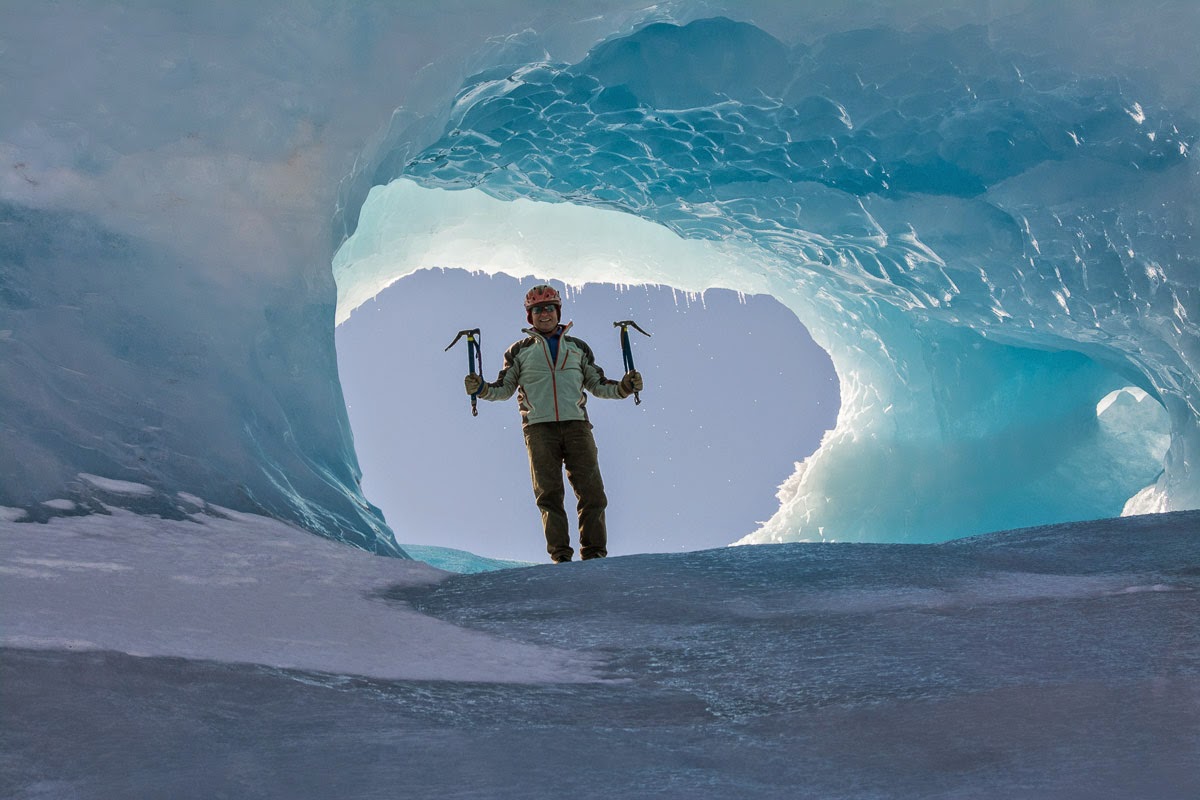 Jean shows off her ice axes. 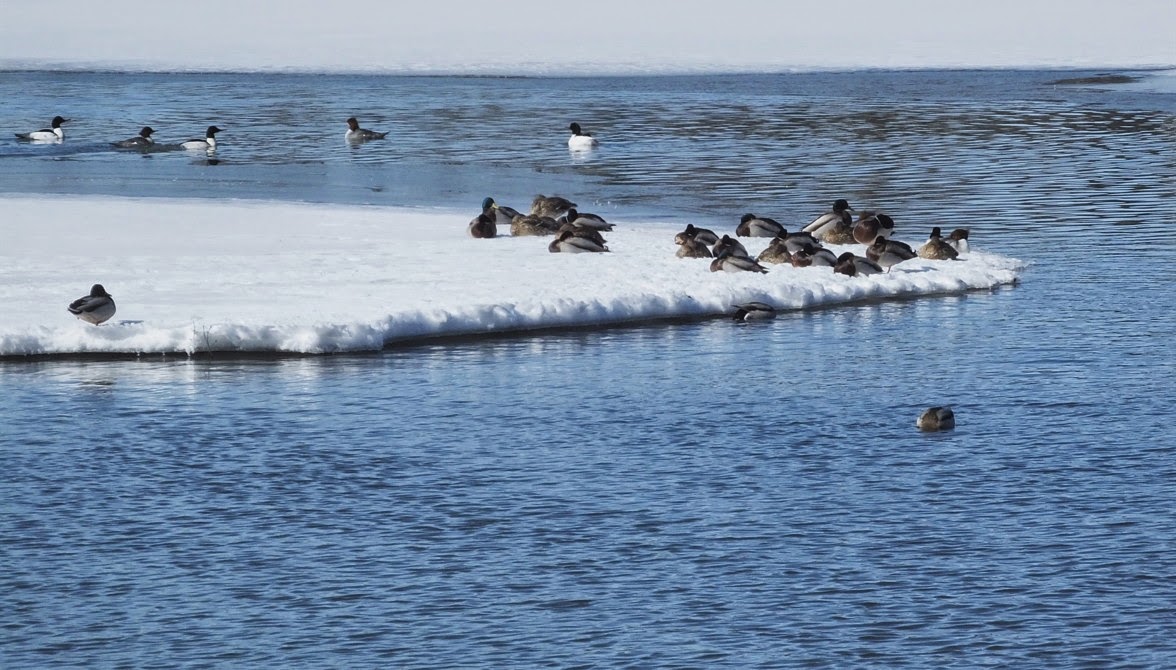 Now back to Spenard Crossing. I managed to go by there on Wednesday. At one end there was a sliver of open water. We saw Mallards, Common Mergansers, and a few Buffleheads. There were some gulls just off the coast, but the Canada Geese have not made it up here yet. Any day now. 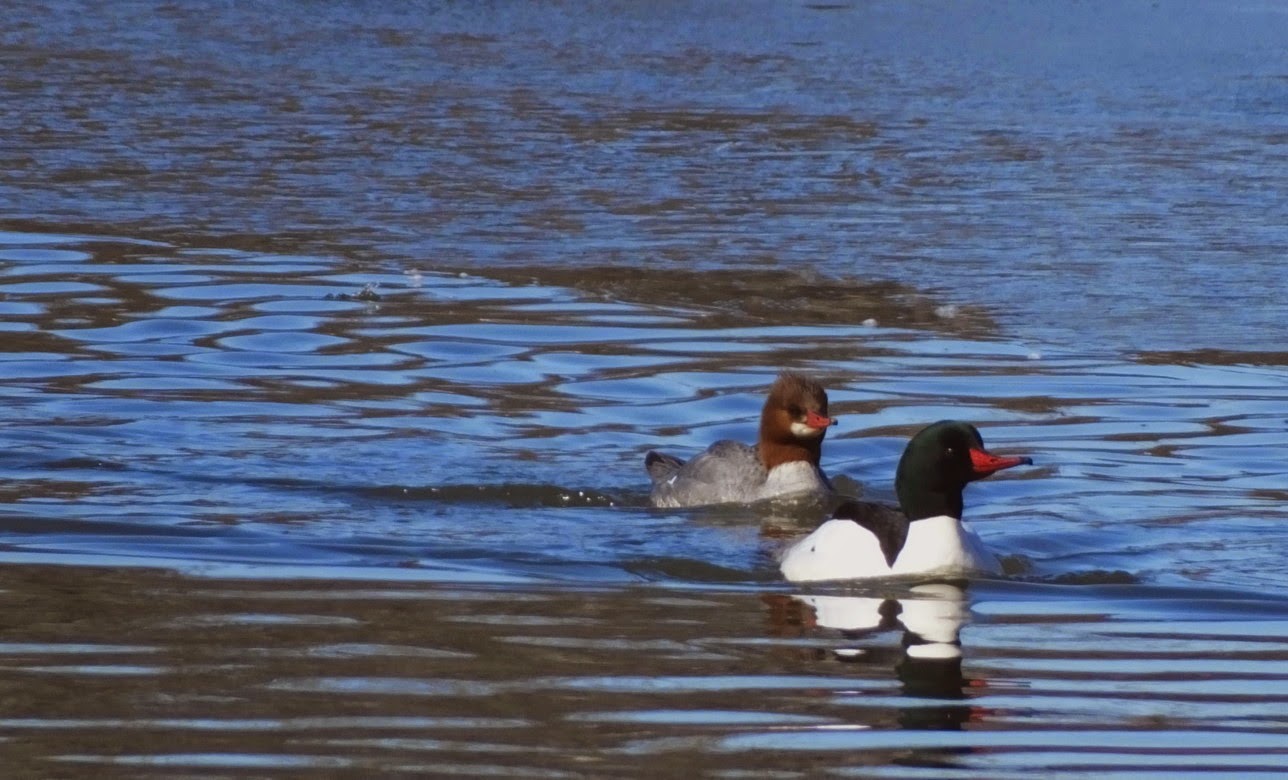 This is the best photo I could get of a male Common Merganser. 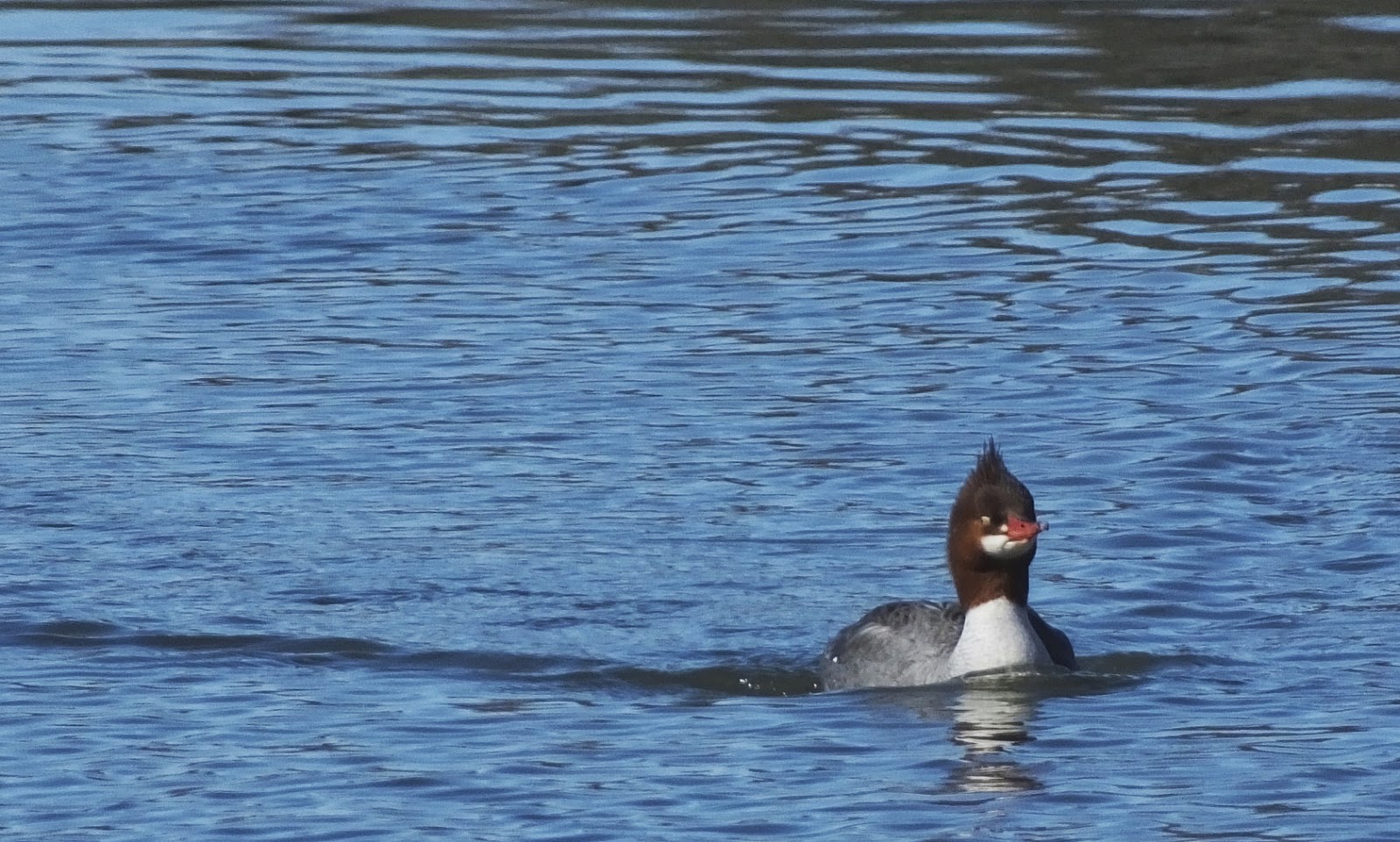 I tried to get some decent photos of the Common Mergansers who were demonstrating courtship behavior. As is typical with mergansers, the males kept their distance while the females boldly came closer. 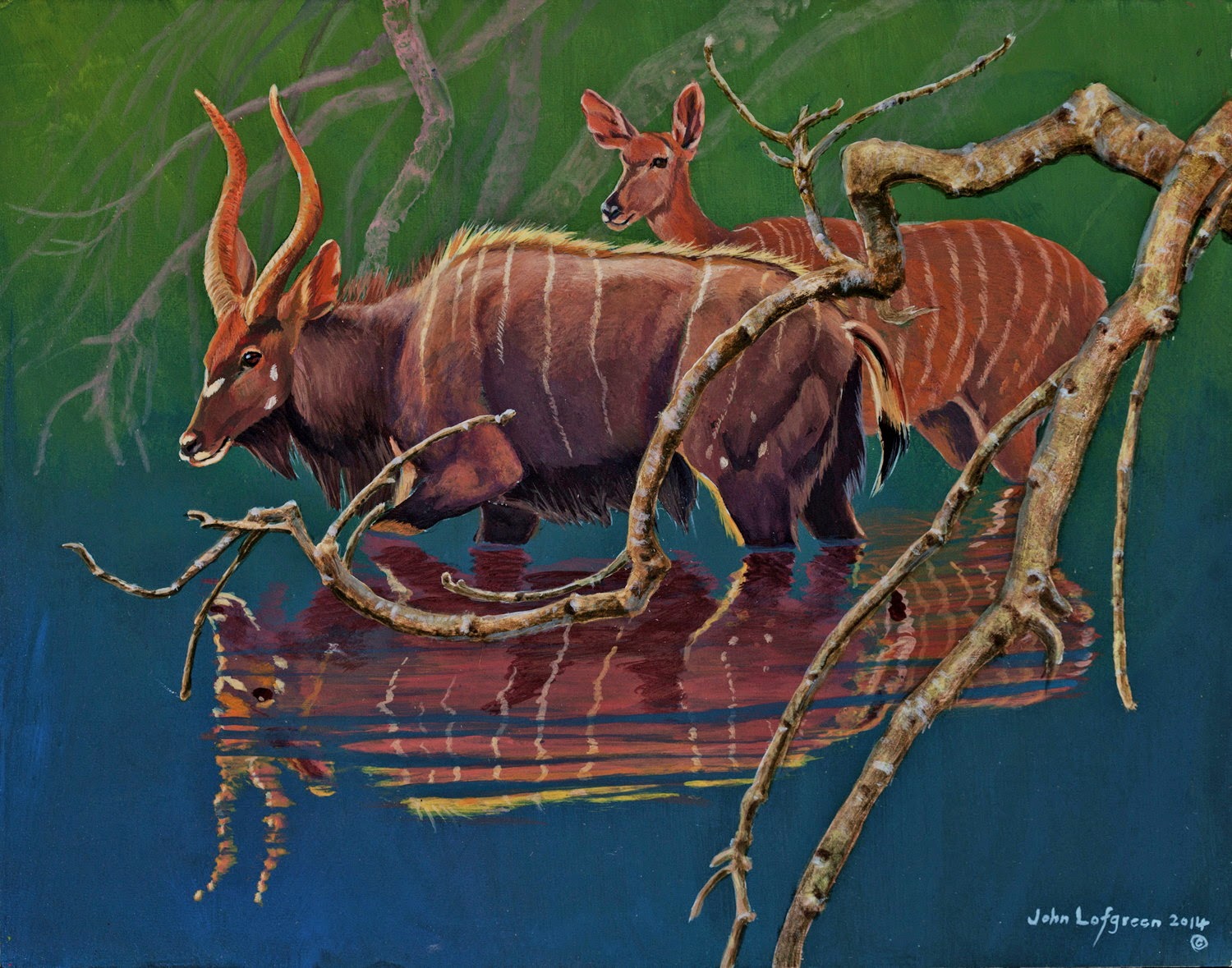 This is a better photo of the Nyala painting. I still do not know which painting I will enter into the Artists for Conservation show.

Glad you've got some signs of spring at last…. I'm not sure I'd dare ride in a plane landing on the ice !

I'm follow with the same idea John,for me, its better to publish this beautiful and colourful picture of the nyalas!!.