Angkor Wat in Cambodia is the largest archeological site in the world. It is roughly the size of New York City. It consists of many temple complexes scattered throughout the tropical forests of Northwestern Cambodia.

The people who built it were from the Khmer civilization. Most of it is about 1000 years old. The revenue that the Cambodian government derives from tourism to Angkor Wat is one it's main sources of income. Unfortunately the more popular temple complexes have a twisted Disneyesque atmosphere with hordes of tourists running a gauntlet of local hustlers pushing everything from postcards and bottled water to heroin and child prostitutes. This chaos greatly diminishes the quality of the experience, but peace and quiet can be found in the more far flung sites. 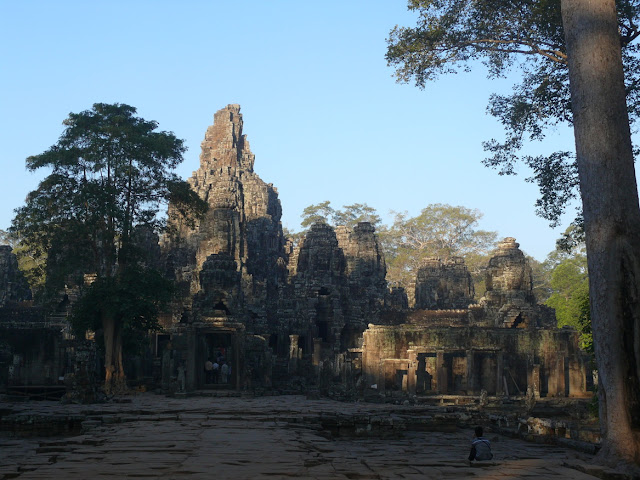 The earlier in the morning you can get there, the nicer it is. Angkor Wat is near the town of Siem Reap. It is easy to arrange a ride to the ruins by flagging down any Tuk tuk, (three wheeled motorcycle taxi) and negotiating a price with the driver. They will take you around the various temples, and wait for you.
We went with the first driver we flagged down, and used him for three days, plus he made all the arrangements to visit some other places like Prek Toal Bird Sanctuary on Tonle Sap Lake. He charged about 12 dollars a day. 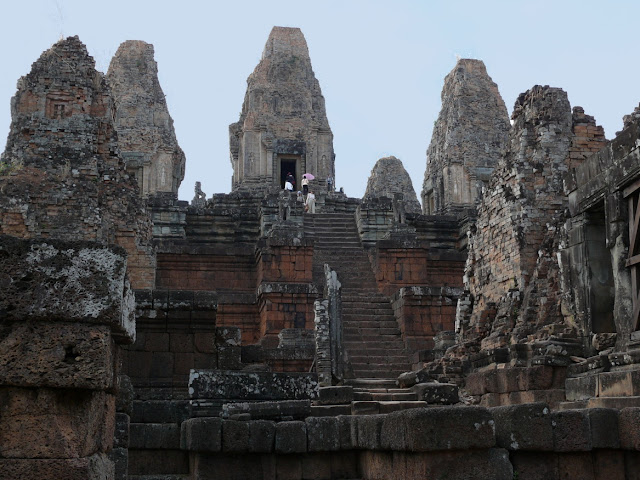 Before the first day was over, I forgot the names of the various temples, and administrative buildings etc. There were statues of the Bhudda inside most of the temple alcoves. Bats too. 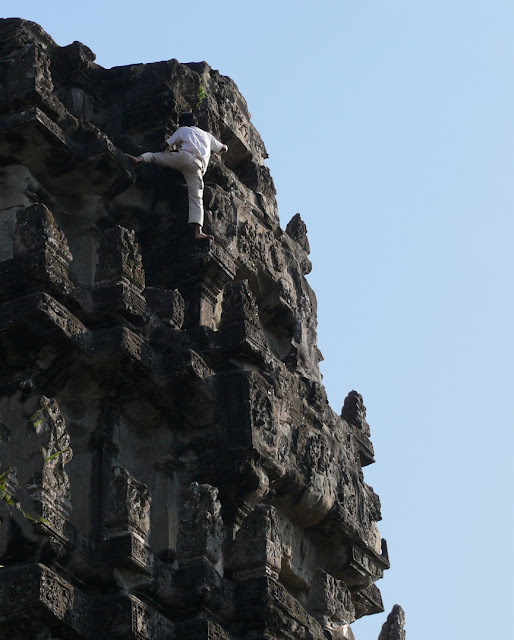 Here is a show off who probably wont be passing on his genetic information. 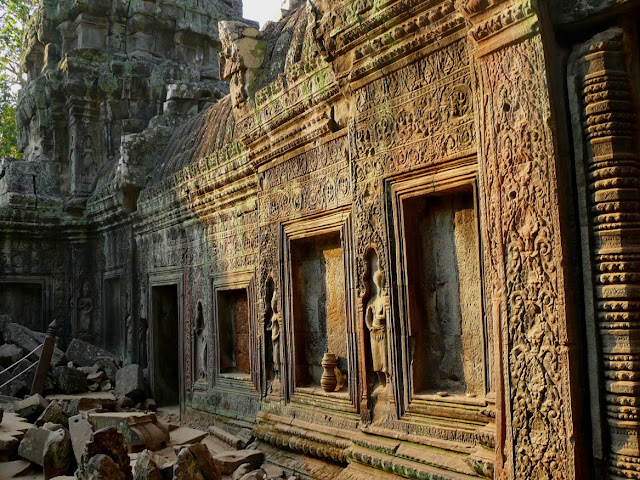 There is so much intricate stonework everywhere you turn, that you may experience sensory overload. 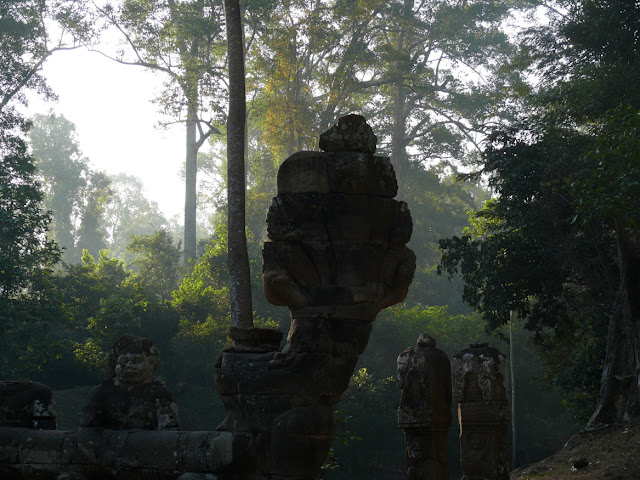 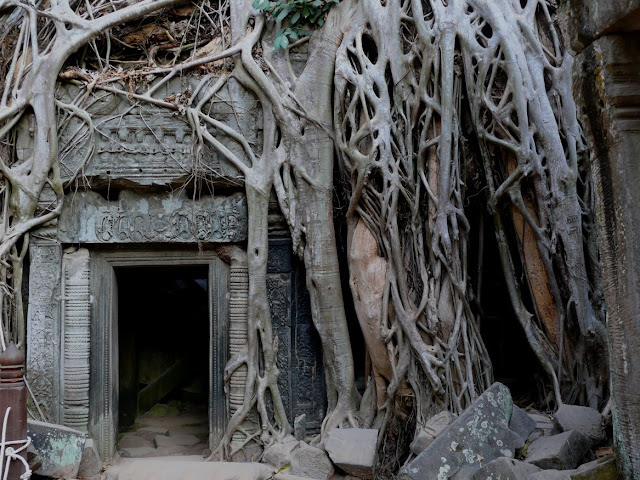 You may have seen some of the movies that have been filmed here. 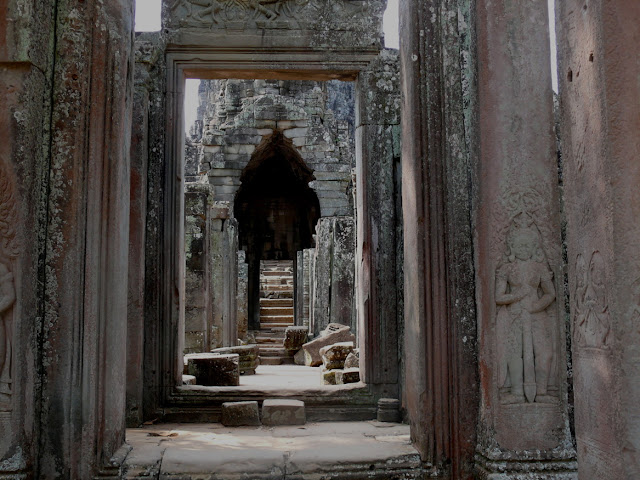 Notice the carved guards on the sides. 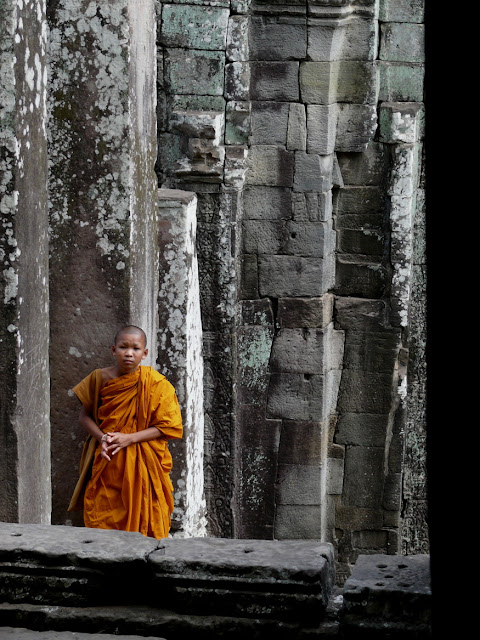 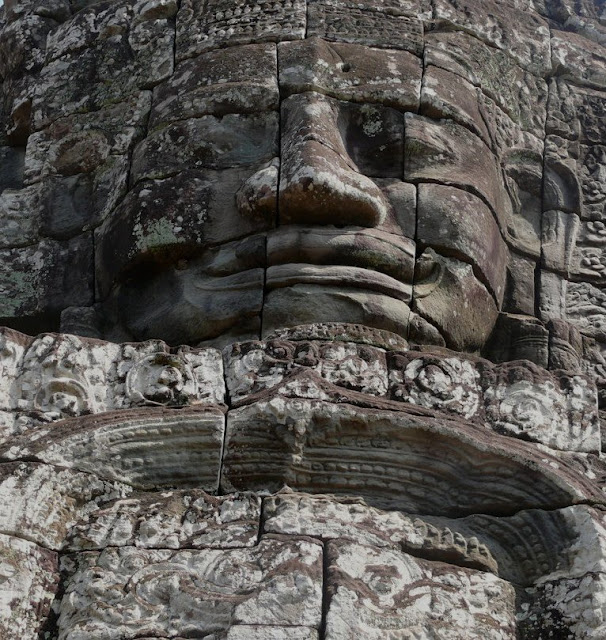 The Bayon Temple contains numerous faces, about 10ft across. This is where we saw our first Black Baza, which is a very striking, crested raptor.  another raptor, Besra was nearby. There were many great birds, but I was surprized that there were no lizards at all. 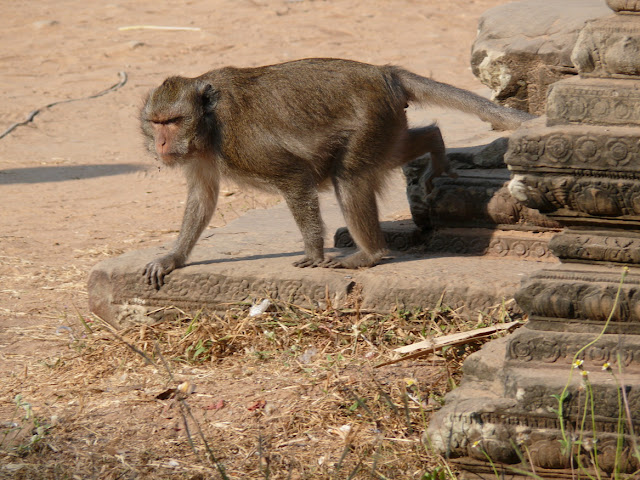 Macaques confidently stroll the grounds in some places. 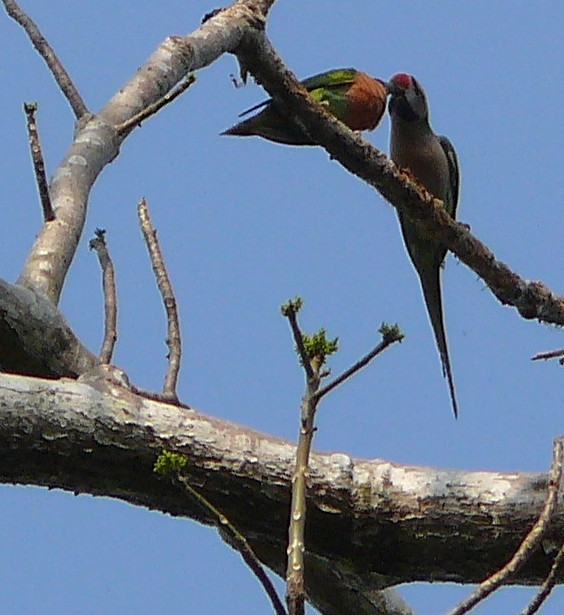 There were Red-breasted Parakeets dropping figs on visitors at Ta Proehm. 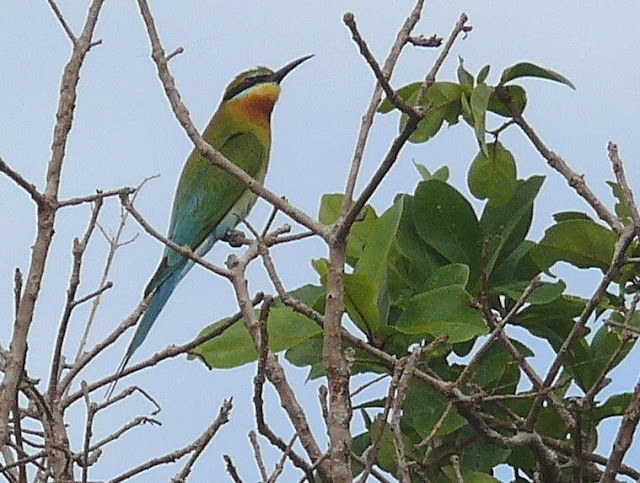 We got in a boat on Tonle Sap Lake at 5am to be at Prek Toal at dawn. This is my first bee-eater, Blue-tailed Bee-eater. 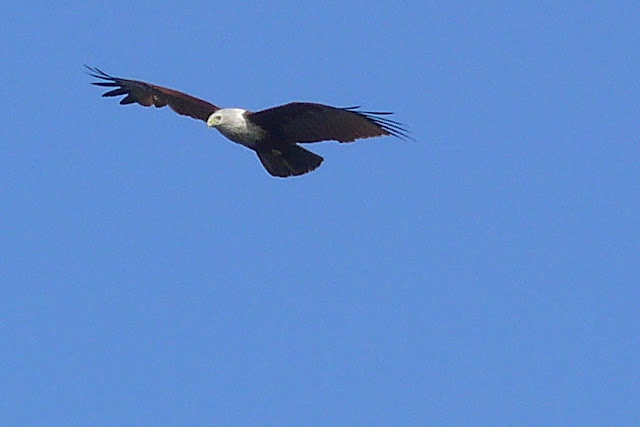 Also my first of many Brahminy Kites. 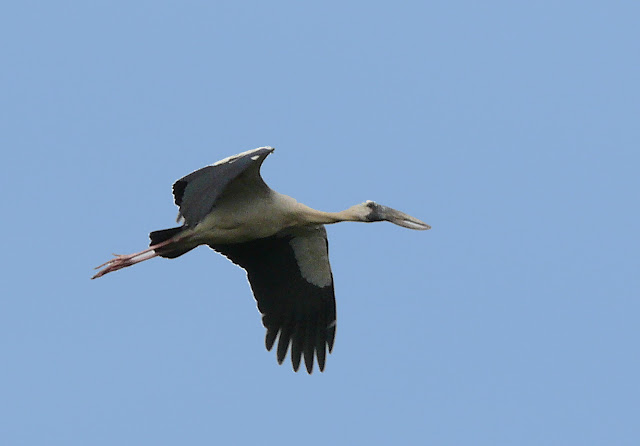 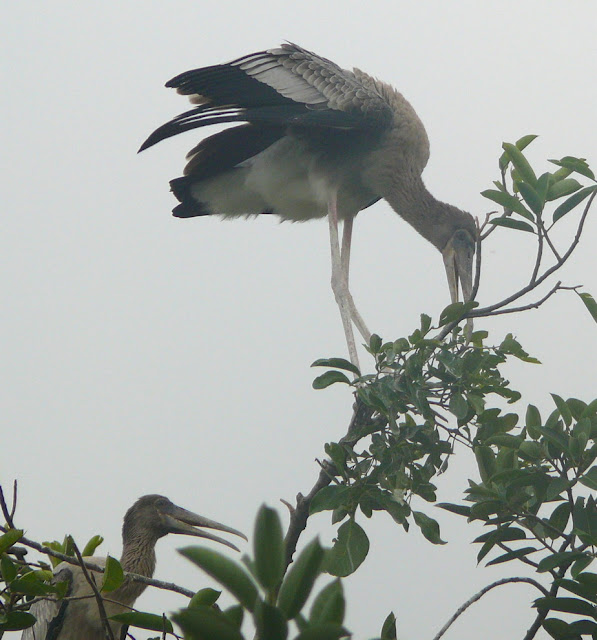 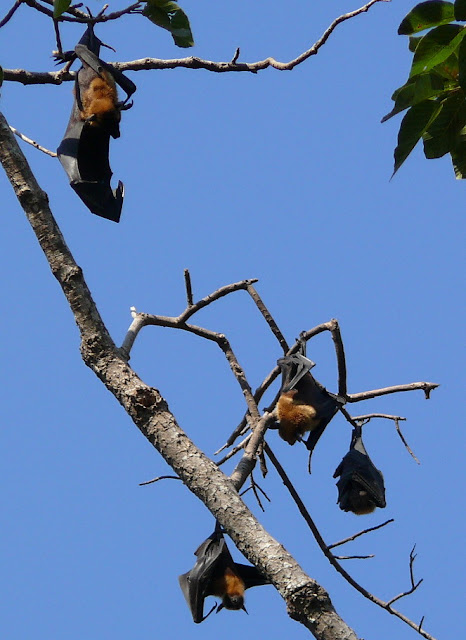 There are lesser numbers of Painted Storks. Prek Toal is the best place in Southeast Asia to see many critically endagered birds.
For many years, I had hoped to see Flying Foxes. These were right in the middle of town in Siem Reap.
Posted by john at 4:33 PM

John thanks for this post, it is quite a coincidence just this evening my wife and I were out to dinner for our 32nd anniversary and talking about our goal to return to the Philippines in 2012 for her 40th high school reunion. I told her that when we go I want to visit Cambodia, Thailand and Vietnam during the trip. Angkor Wat has long been one of the places I want to visit. Your pictures are beautiful and just make me that much more excited and determined to make the trip.