Another Armchair Visit to Cahuita

First of all, I should clarify that Cahuita is not my favorite part of Costa Rica. That distinction goes to the area around the small town of Fortuna, near the Arenal Volcano. You should have seen the place before the tourists hordes discovered it. Monteverde is also a magnificent place to explore. 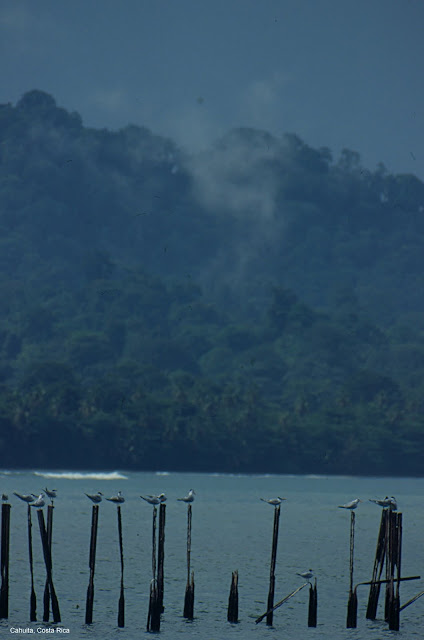 This blogpost is about Cahuita, and the creatures which abound in the area around it. The tiny national park itself is swampy rainforest, and the surrounding foothills are heavily forested. The above birds are Royal Terns. 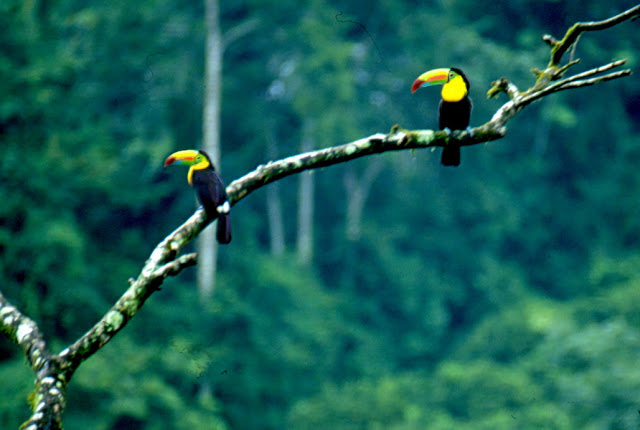 These photos were originally slides, so a generation of quality has been lost in the conversion process. Keel-billed Toucans, along with two other species of toucan, occur in the area. 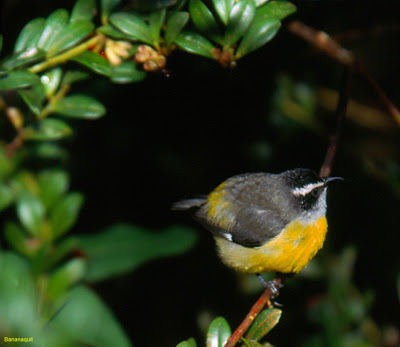 Bananaquits are a common neotropical species that can't be missed by anyone looking at birds. 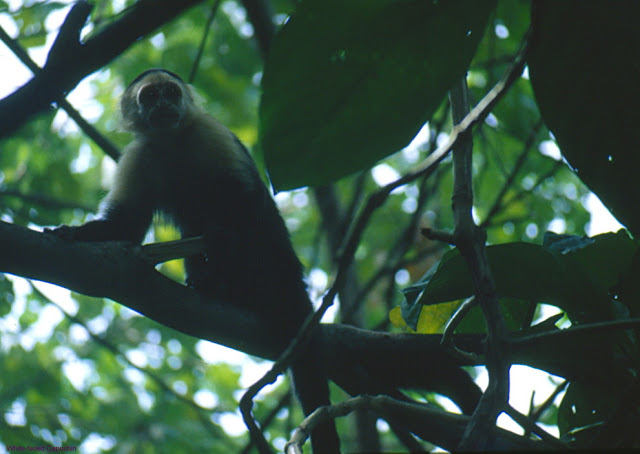 White-faced Capuchins above, and Mantled Howler Monkeys below, scamper through the trees in Cahuita, and many other places in the country. 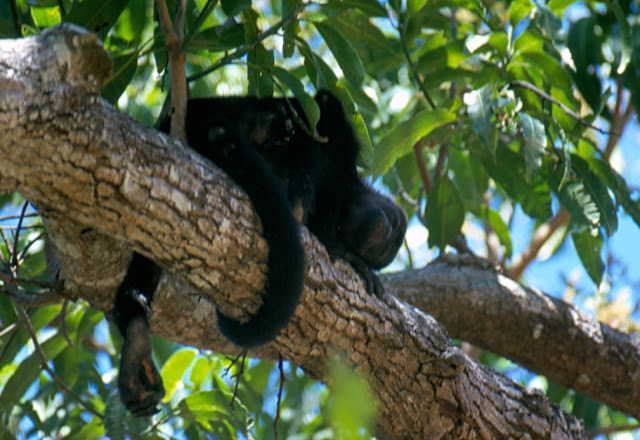 On my first trip to Cahuita, we arrived after dark and checked into a small hotel only one block from the national park. At 4:00am we were awakened by the resonate calls of howlers monkeys. It was a primeval experience for me, laying in bed, and anticipating the coming dawn with those howls in the night. 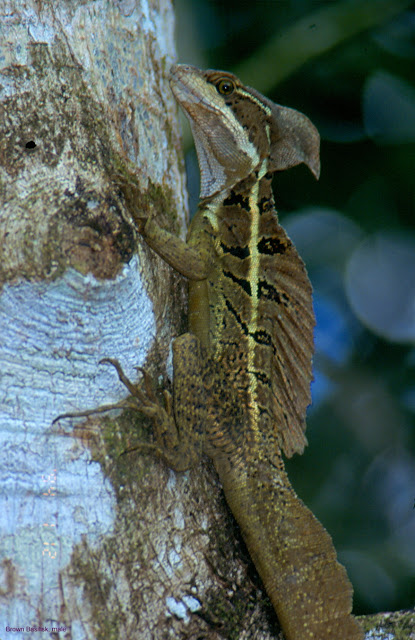 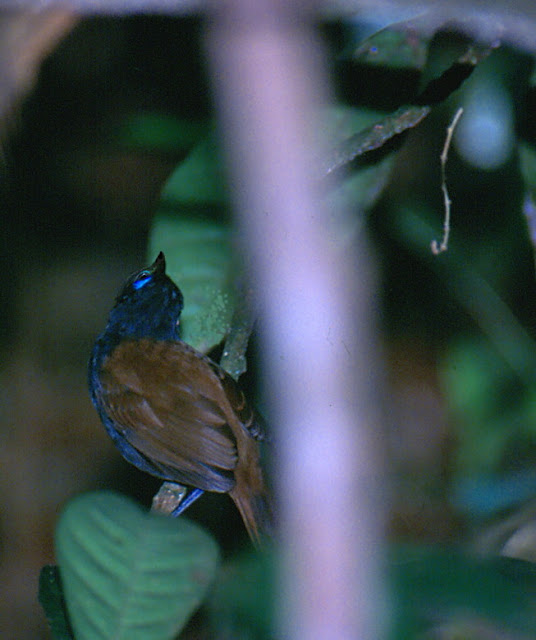 Chestnut-backed Antbirds are a shy denison of the deep forests. 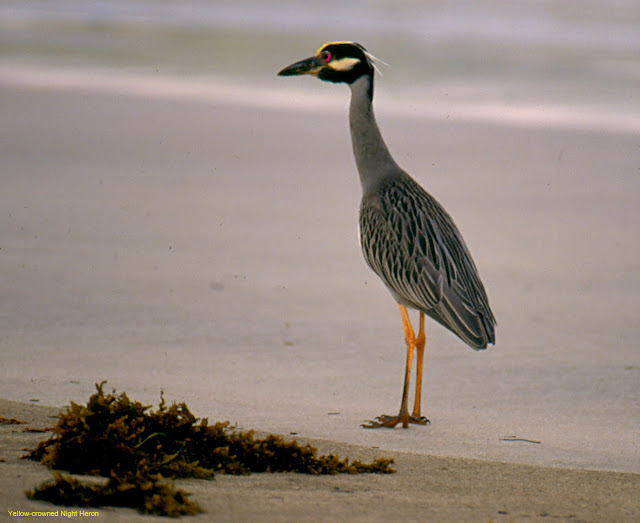 Yellow-crowned Night Heron on the beach 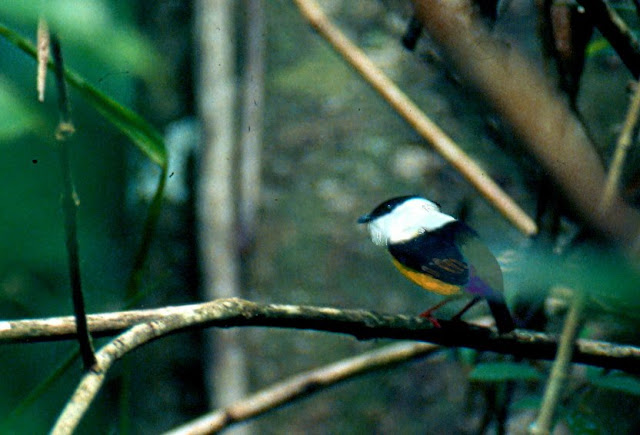 White-collared Mannikins are a very exotic species that perform a courtship display that includes wing-popping and pairing with another male to hop back and forth on two branches, opposite one another at lightning speed. It is something to see. 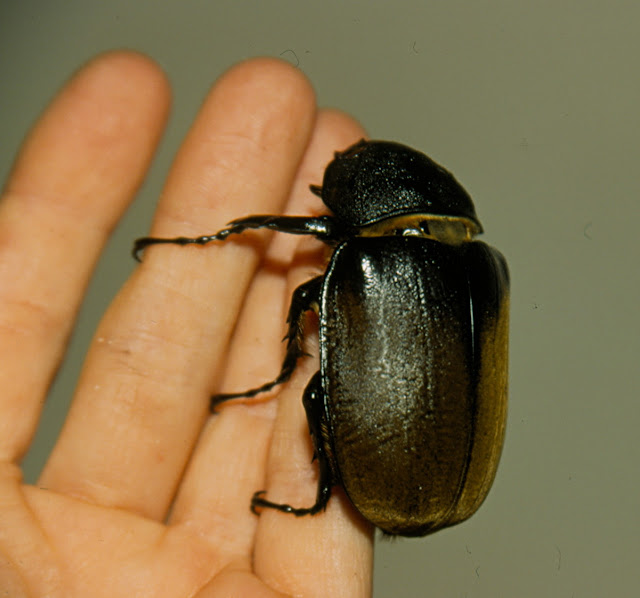 Insects come in jumbo sizes in Cahuita. This beetle joined me for dinner at my table in a restaurant in town. 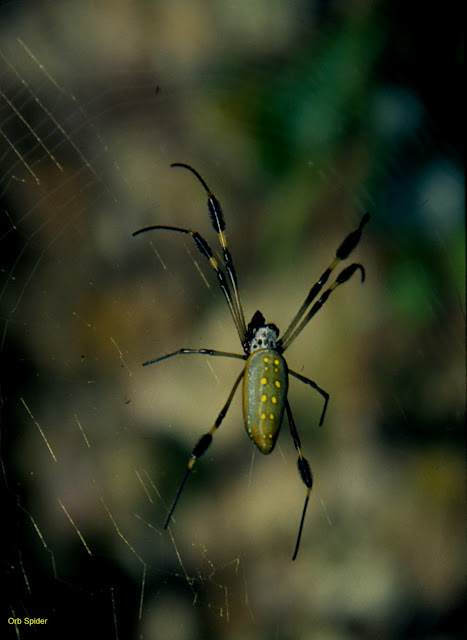 Orb Spiders are huge spiders that often weave their webs across the trails in the area. 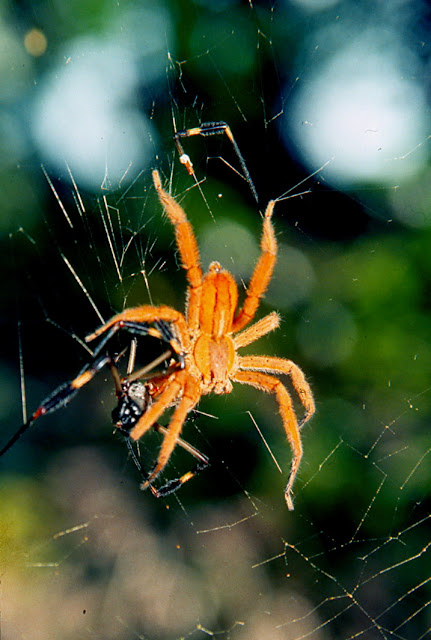 An even bigger spider preys upon an orb spider 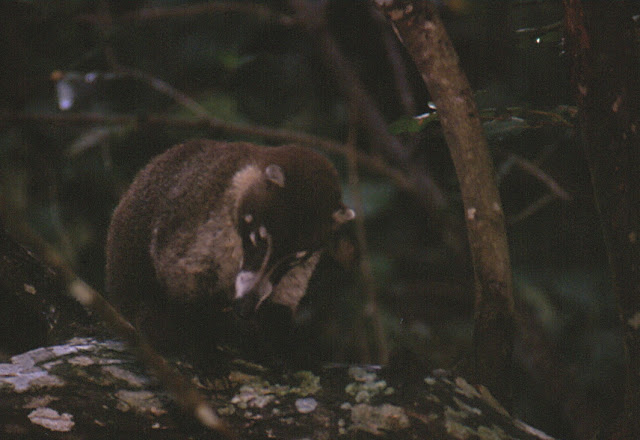 Coatis and racoons are often seen in Cahuita 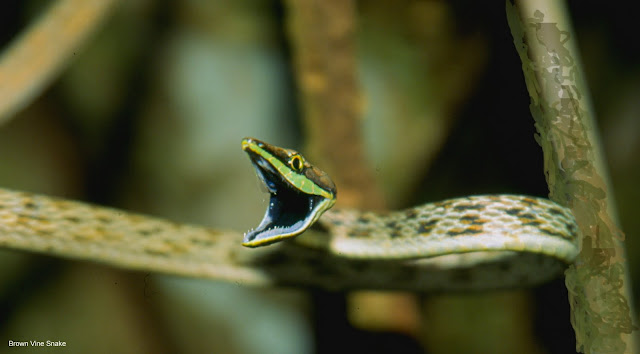 Brown Vine Snakes are mildly venomous inhabitants of the park. They bluff more then bite. 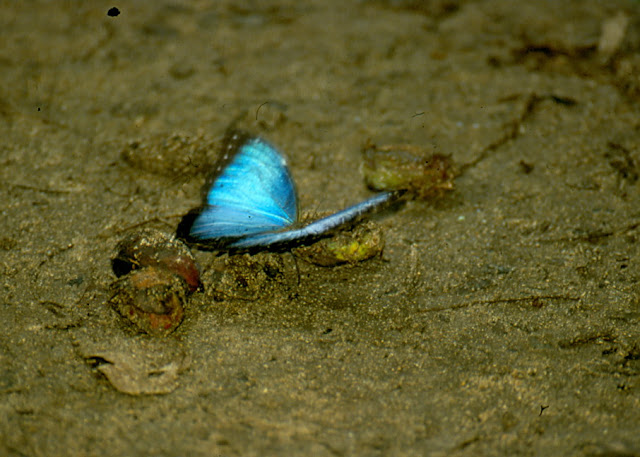 Butterflys, like this Morpho, are spectacular inhabitants of Costa Rica. 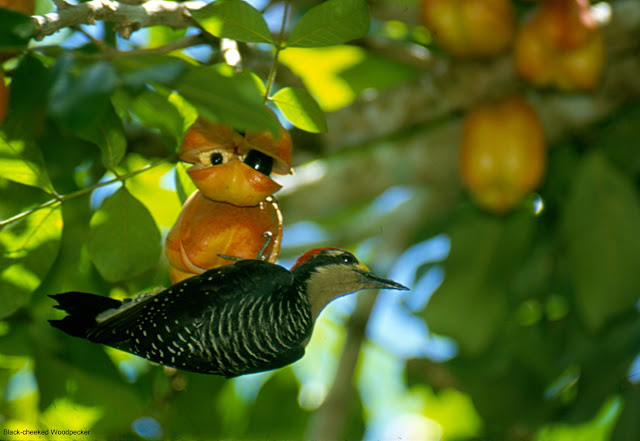 Black-cheeked Woodpeckers are one of many woodpeckers species in the area. These photos are just a brief sampling of what can be seen in the very humid,(i.e. wet) forests of Cahuita.
Posted by john at 4:44 PM

i have to agree that Arenal is one of my favourite spots in Costa Rica. That monumental volcano with a perfect cone puts a spell on you!