This afternoon,just after I watched Brazil defeat The Ivory Coast in the World cup, (1:00pm Alaska time), I heard some juncos raising a ruckus outside. I thought I might get an opportunity to get some experimental photos of them with the new camera.

At first when I stepped out on to my balcony I did'nt notice anything odd. Then I noticed a large, dark lump below my nieghbor's deck. 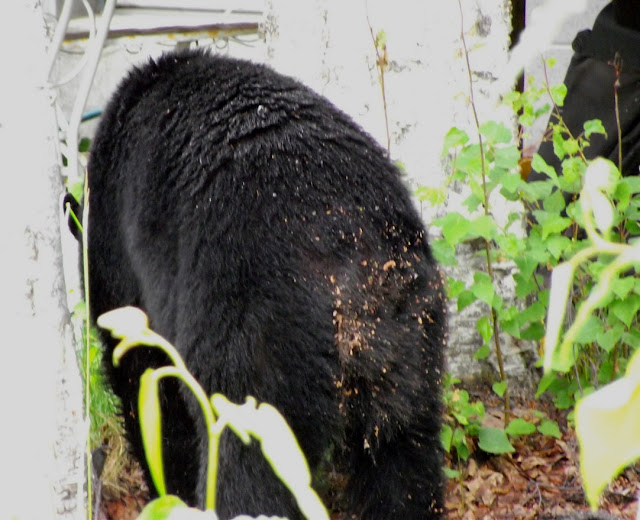 This was no dog. You can tell just by the texture of it's fur, it's a Black Bear. 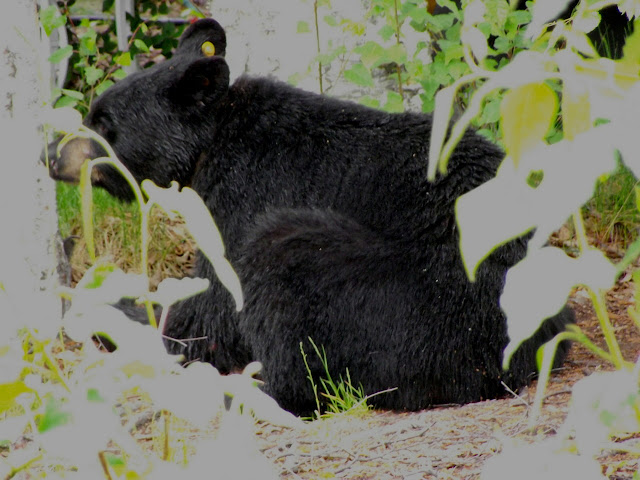 It had a radio collar, and two ear tags. It was eating some barbeque ribs it had stolen off the nieghbor's grill. It saw me but ignored me completely. I even had time to go back inside to get my good camera. 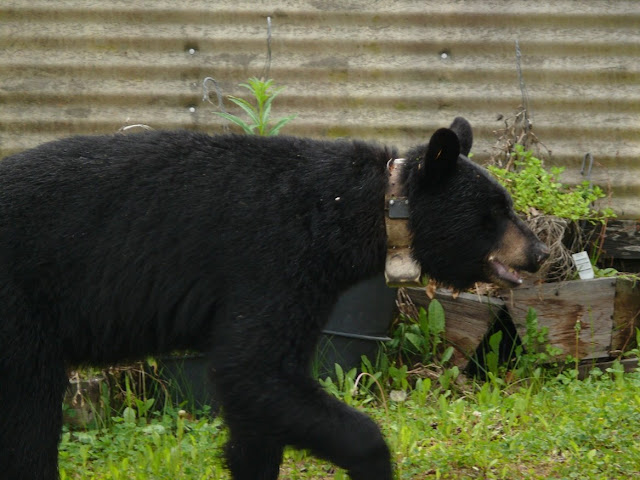 About five minutes later, the nieghbor came outside to check on his ribs. I yelled,"there's a bear below your deck". He looked at me with puzzlement, so I repeated it. Then he looked down and saw the bear only about 8 feet away. He said," there sure is", and yelled "get out of here". The bear just looked at him so he yelled again.
This time the bear responded and walked away, into my yard. 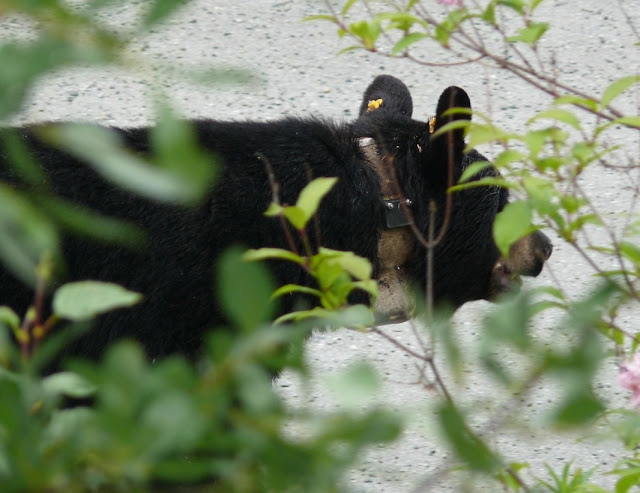 The bear walked along the side of the house, and into the front yard. You can see I was only 15 or16 feet from it. 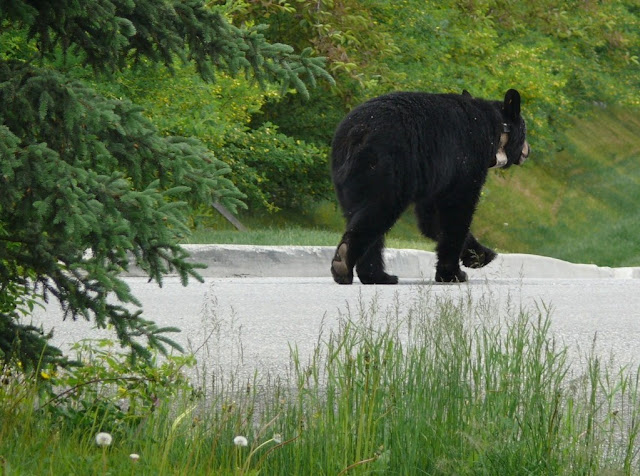 I had to run down the stairs, and around the house to see the bear cross the street in front of the house. 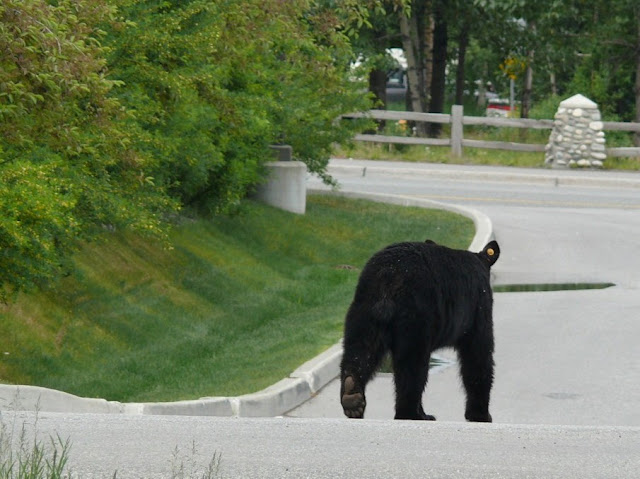 It boldly walked into the parking lot of the bank across the street. Where you see the fence in the background, is the main street in town. It's a very busy street everyday except Sunday. 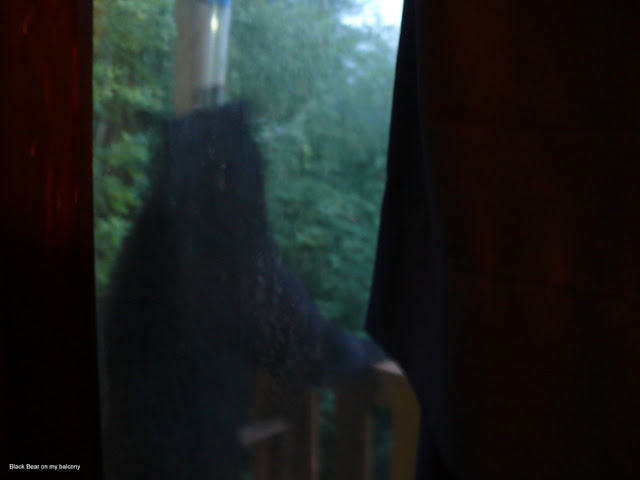 Today's bear visit was only the second black Bear that I personally have seen in the heighborhood. The neighbors have seen many more. The Summer before last I heard a commotion on my balcony around midnight. When I looked out the curtain, I was standing toe to toe with this Black Bear that stood taller than me. 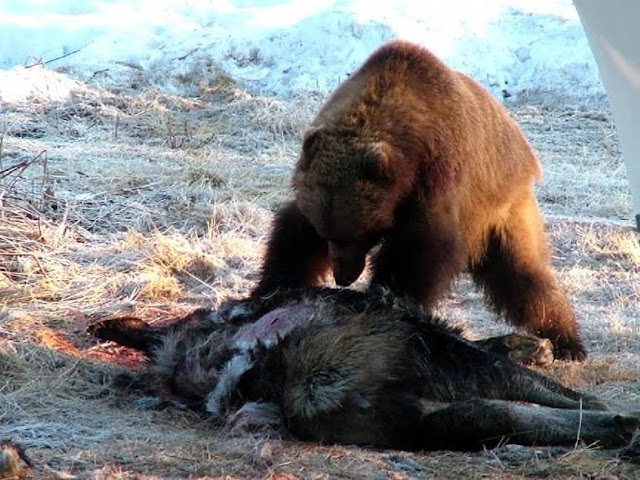 My little bear tales are pathetic compared to my friend Gary. He owns The Sea Lion Gallery in Homer. His wife, dog, and himself witnessed this Grizzly Bear kill a Moose in his driveway in Homer, AK.
Posted by john at 4:21 PM

Where I grew up we were always sure to see the black bears in the yard eating cherries and the apples off the trees.