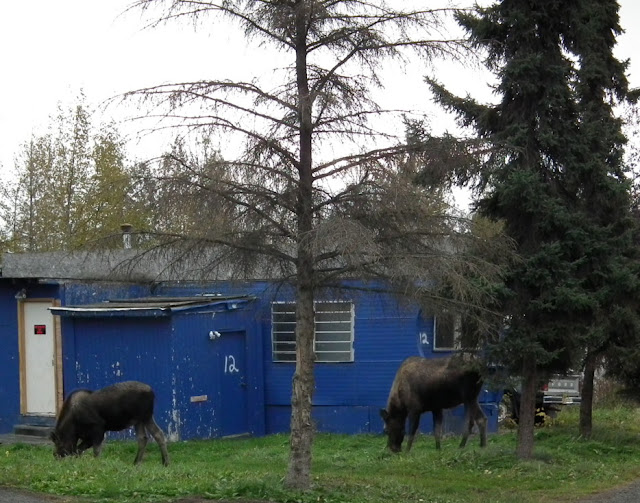 Since I am a starving artist, I do not live in the nicest nieghborhood in town. It's also far from the worst place around, but there is a run down trailer park right behind my apartment. The people living there seem like decent people to me, family friendly, rather than party animals.
The other evening I noticed a moose in the trailer park. Tonight as I was returning home from dinner in a nearby Viet Namese restaurant I took a shortcut through the trailer park. I noticed a moose again. There was a young girl playing nearby so I alerted her about the moose. She said " I know that's the mother, her baby is right over there. They live here". 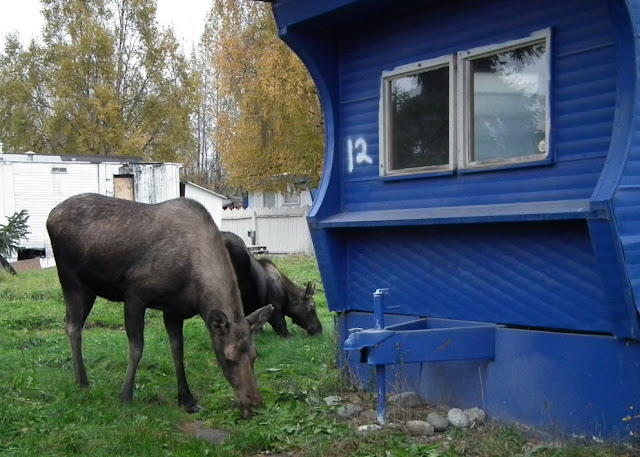 Soon the baby joined the mother and I went to retrieve my camera. These moose were no more than 75 meters from my apartment. 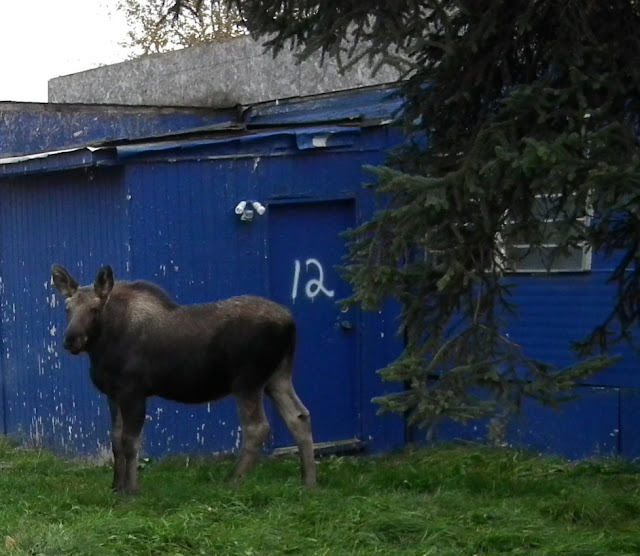 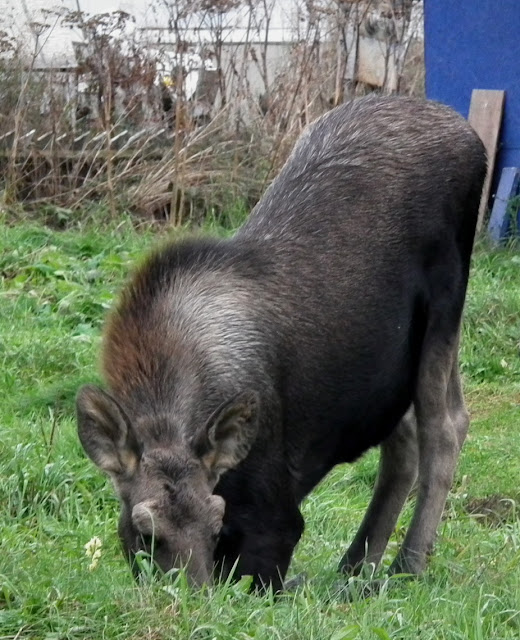 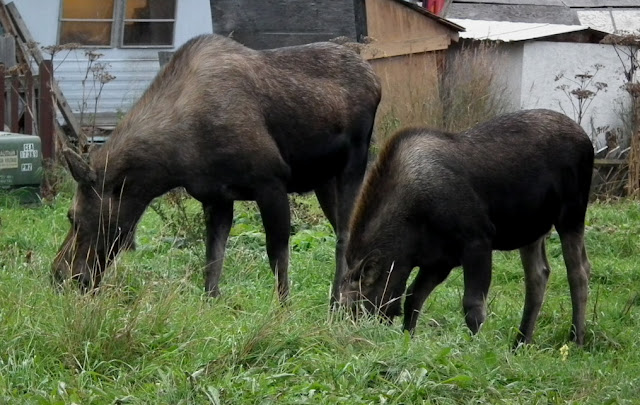 There were kids and dogs all around. the moose grazed contentedly without concern. Imagine moose in a neighborhood in most big cities. There would be a huge commotion. Here nobody shows much interest. It's all old hat. 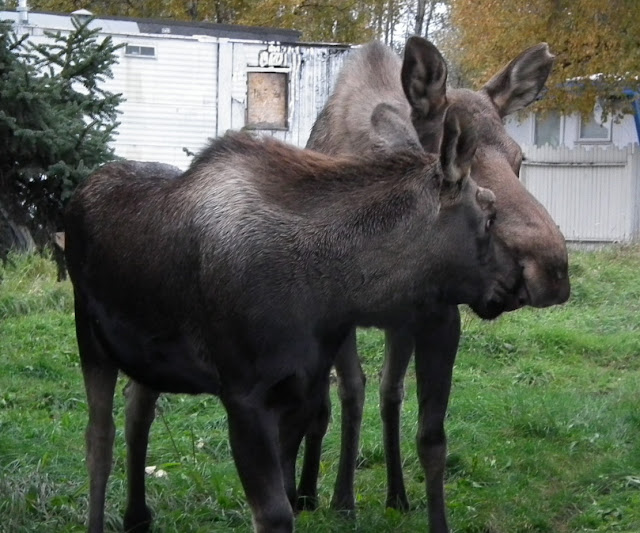 These moose actually walked closer to where I was standing. They came to within about 15 ft of me and casually continued to graze. 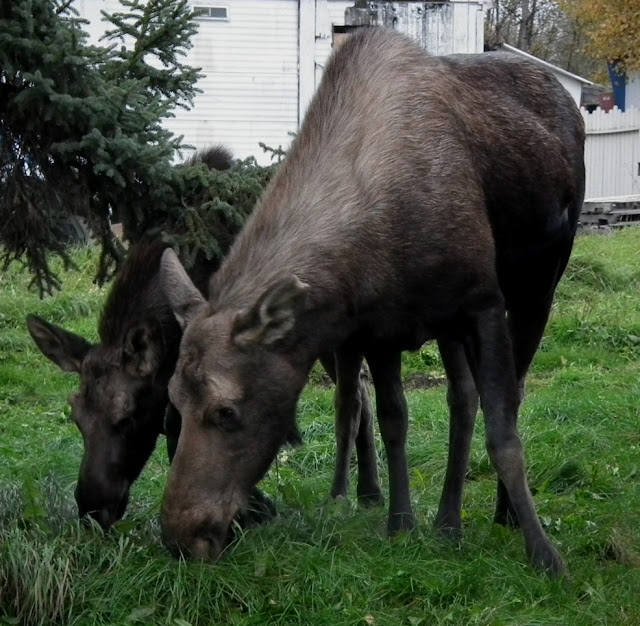 I imagine that they will move on to greener pastures once they have exhausted the food supply in the trailer park.
Posted by john at 10:22 PM