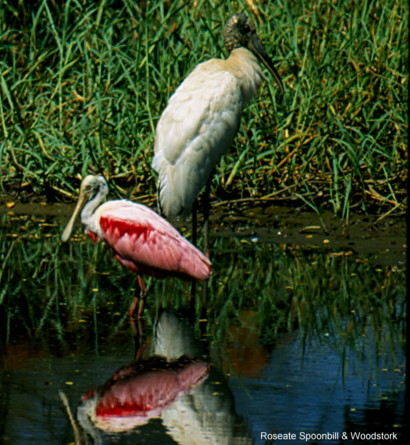 Tarcoles is most famous for it's huge crocadiles. Since I recently did a post about crocadiles, I wont include them here. The Tarcoles River is loaded with aquatic birds as well. The town of Tarcoles, next to the river, is right on the West Coast in central Costa Rica. Frankly the place is kind of seedy, and I did'nt feel safe in some parts of town. It's best to stay at one of the places outside of the main part of town. 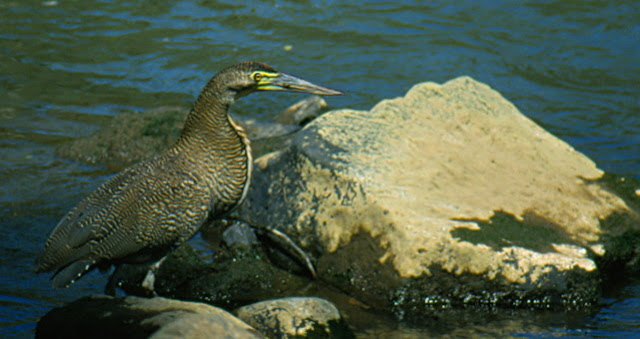 This is a somewhat nocturnal, Bare-throated Tiger Heron. While I was taking this photo, a spectacular Sunbittern flew past and I missed it completely. Remember that these photos are 35mm slides, scanned into the computer. The original slides are in much sharper focus. 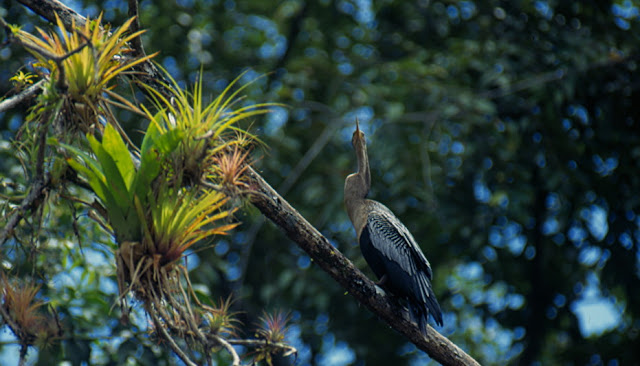 Just another Anhinga. I like the epiphites in the photo. 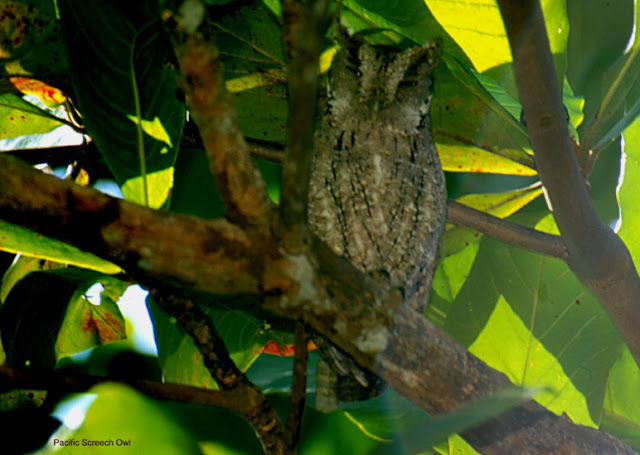 The only two owls that I have seen in Costa Rica were in Tarcoles. A ferruginous Pygmy Owl, and this Pacific Screech Owl. Tarcoles is right at the southern boundary of this owl's range. 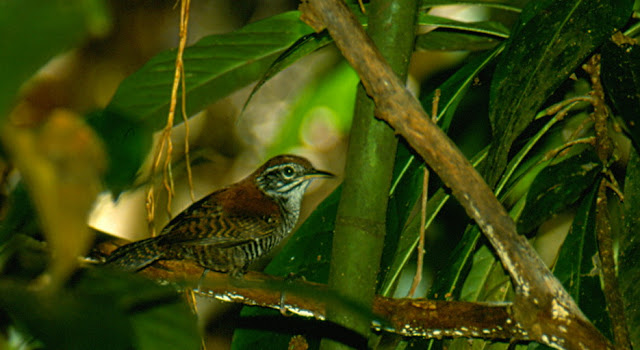 The Riverside Wren is most notable for it's loud, complex, and beautiful song. This bird was busily building a nest right at the entrance to Carara National Park.
Carara is a postage stamp sized patch of primary forest next to Tarcoles, that contains a mixture of Northwestern and Southwestern Costa Rican birds. It draws many birders, and is a most worthy destination. 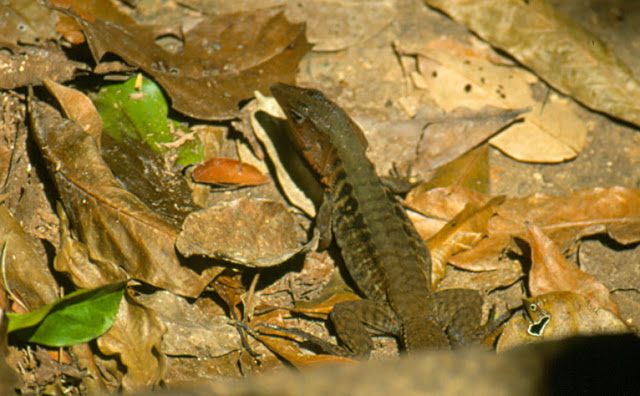 An Amieva suns itself in a patch of sunlight on the forest floor. 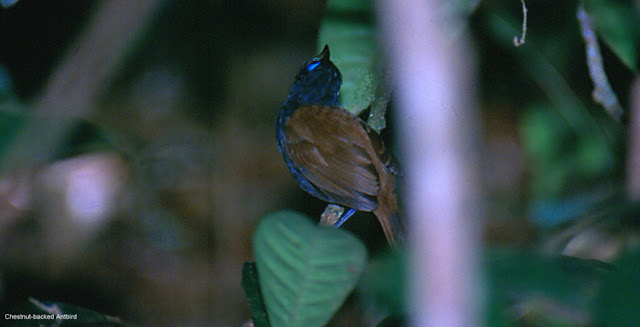 Carara is a good place to see forest skulkers like this male Chestnut-backed Antbird. 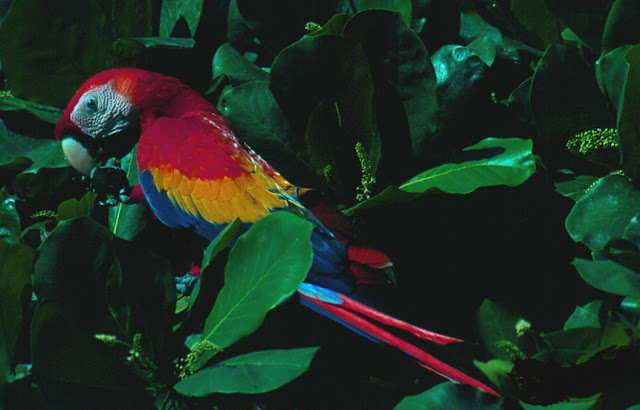 Carara is also an easy place to see Scarlet Macaws although this bird was photographed in Puerto Jimenez on the Osa Penninsula. It is also a good place to see, or at least hear, Three-wattled Bellbirds. They sound like someone striking a skillet with a wooden mallet. 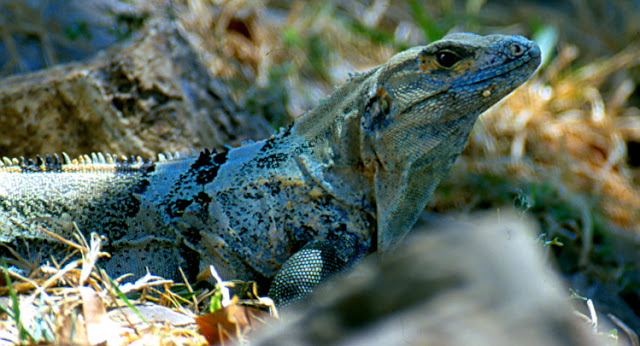 At the main entrance to the park, Spiny-tailed Iguanas beg for handouts. They will take food right from your hands if you are a fool like me. I did not get bitten, at least not that time. This individual had a beautiful blue color on the front half of it's body.

Costa Rica is the place where I have seen the most colorful butterflies, by far. I dont know what this one is. 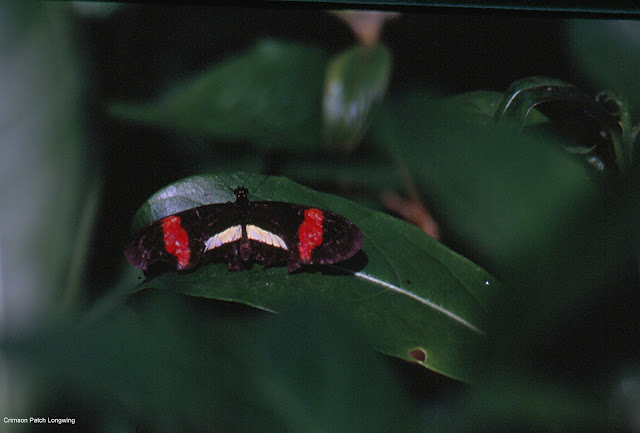 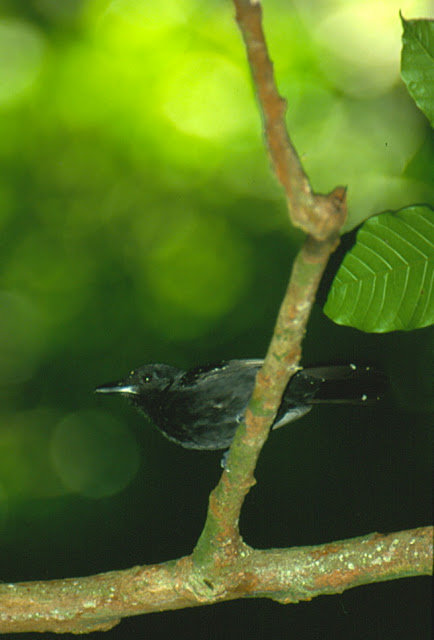