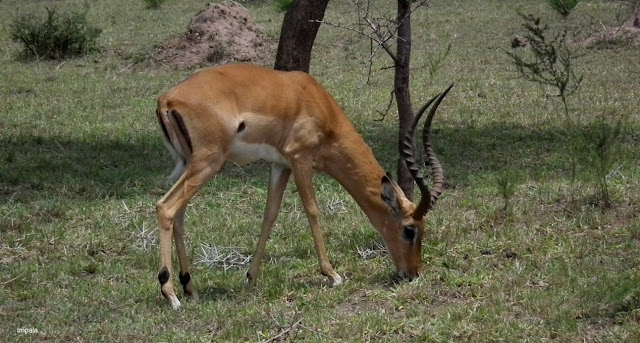 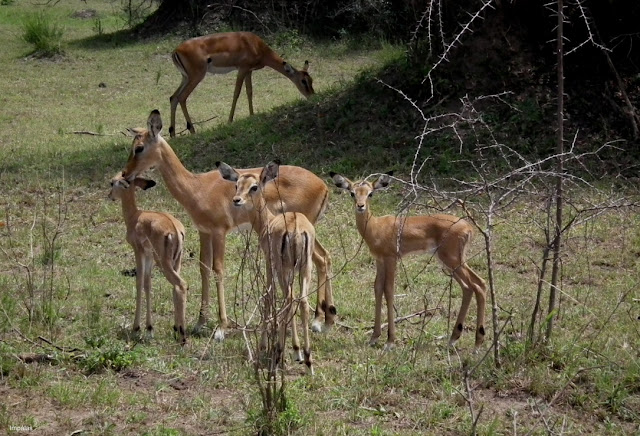 Lake Mburo National Park is the only place in Uganda where we saw Impalas. Only the males have horns. The are the definition of graceful when they run and leap. 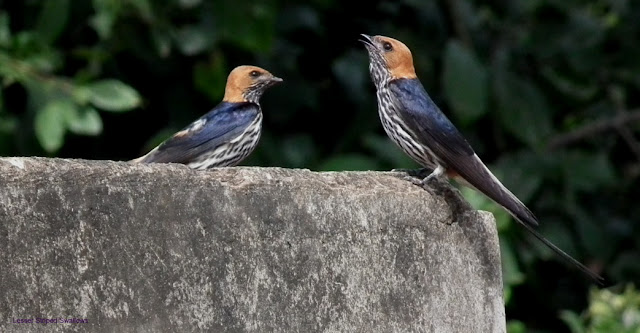 Just one of many species of swallows that are widespread in Africa. These Lesser Striped Swallows are more confiding around humans than most swallows. 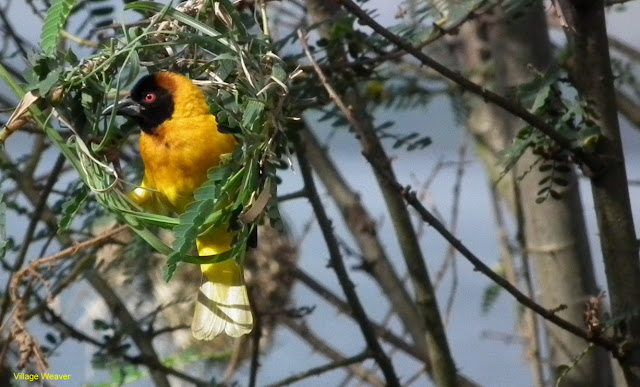 The male Village, (Black-headed) Weavers build nests by weaving grass together to form a tight ball. They usually build several nests in the hopes that a female will choose one and become his mate. 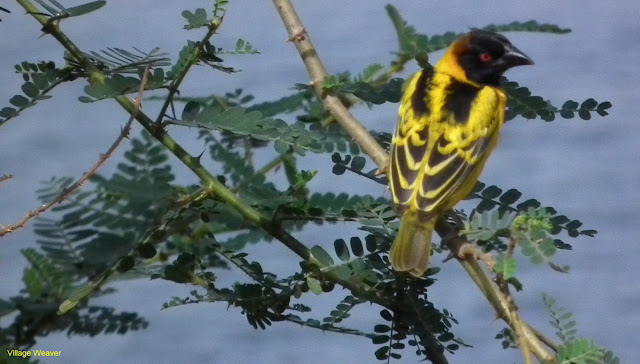 There are many species of weaver and many regional variations of the Village Weaver. The form that occurs in Uganda is particularly attractive. 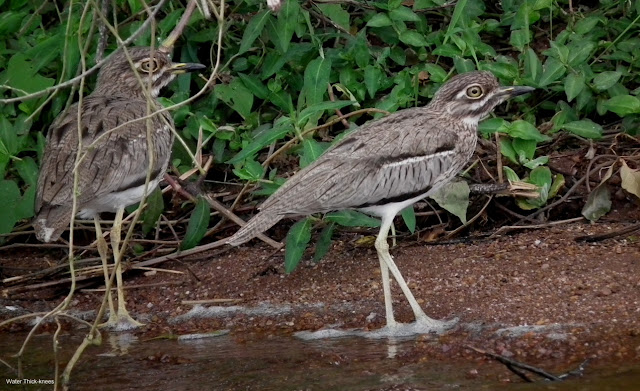 These Water Thick-knees were on the shore of Lake Mburo itself. They are large, nocturnal shorebirds. We took a boat along the shores of the lake to get views of wildlife that otherwise would be hard to see, or approach closely. 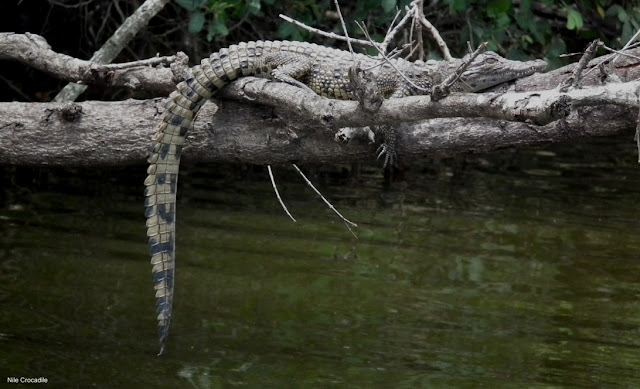 Somehow this Nile crocadile managed to climb onto a limb overhanging the water. 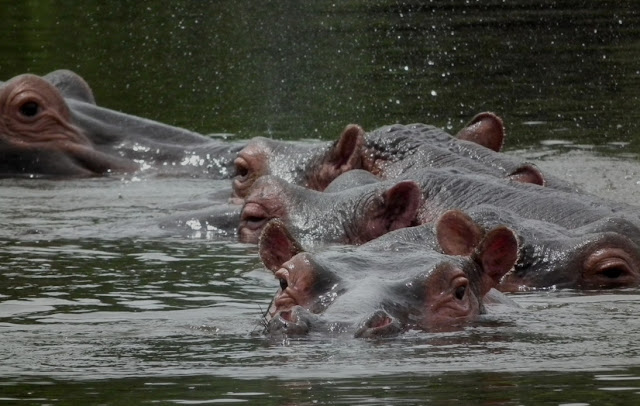 One of these Hippos made a half-hearted charge at our boat. Luckily the boat was fast and manueverable so we easily avoided it.

Malachite Kingfishers are tiny and particularly beautiful. Even this photo does'nt do it justice. I was nevertheless happy to get the photo.

For me the best part of Lake Mburo National Park were two rare bird species. One was the hard to find African Finfoot.  We saw several on Lake Mburo. 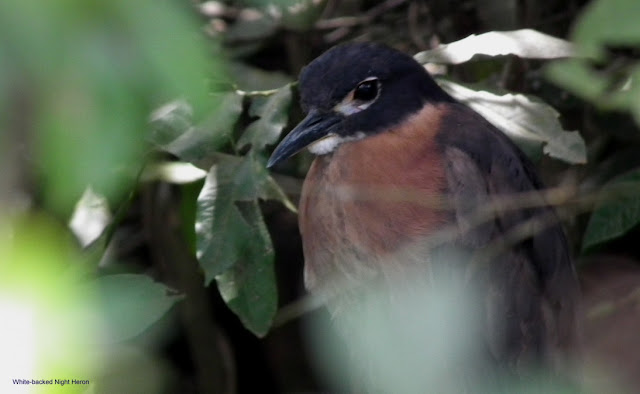 The other rare bird was the even harder to find White-backed Night Heron. They are incredibly shy. We saw a pair of them hiding deep in the shadows beside a narrow channel. As we entered the channel a huge crocadile swam alongside our boat just beneath the water's surface and finally dived underneath the boat. What I worried about was meeting an angry hippo in the tight channel. 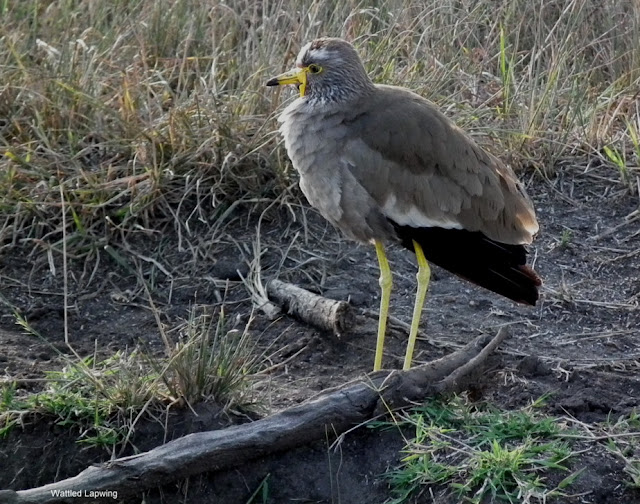 Wattled Lapwings, (plovers) are shorebirds that are often found away from shorelines. 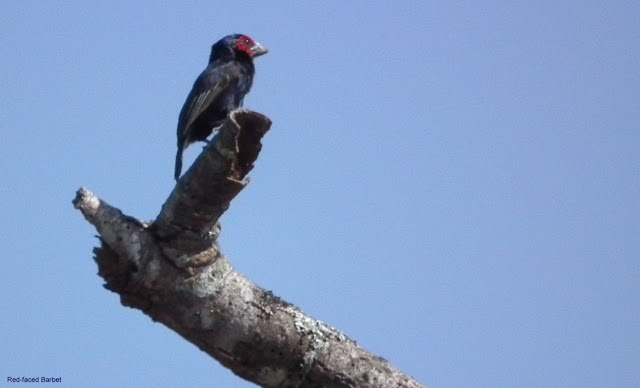 This bird is not rare, but it is outside it's natural range. We were surprised to find a Red-faced Barbet in Mburo. 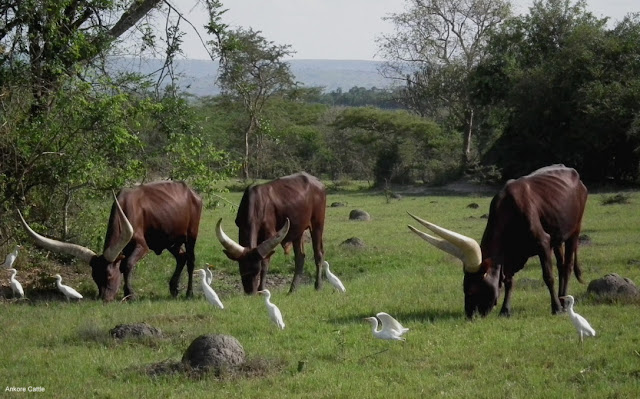 Our visit to Lake Mburo NP ended on a bit of a sour note when we saw many hundreds of Ankore Cattle grazing inside the national park. Not only is there the problem of disease being passed back and forth between wild animals and domestic cattle, but herdsmen do not tolerate the presense of large predators. That helps explain why we saw none in Mburo.
I realize that the Ugandan Government should consider the needs of local people, and respect traditional grazing rights, but I dont like paying such high prices to visit compromised park lands. It was still well worth the money.
Posted by john at 10:46 PM

John, thanks for sharing!! You have an endless supply of excellent reference photos for inspiration to create future paintimgs!! How lucky!! Gorgeous scenery and wildlife where you are. Enjoy!