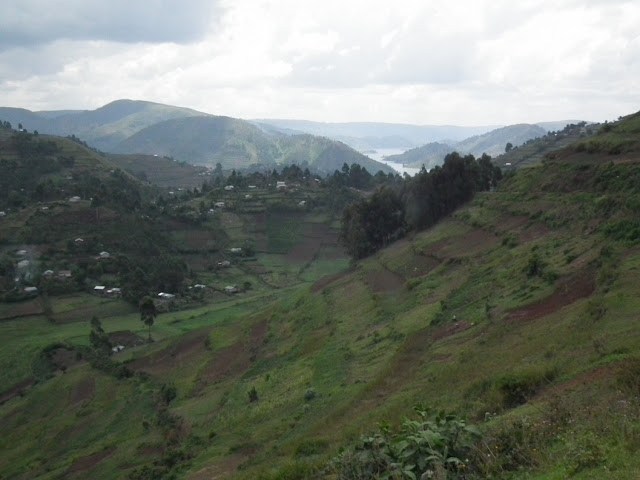 After we left Mburo we headed Southwest to the far corner of the country and wound our way up into the Rwenzori Mountains. These hills are completely developed outside of a few protected areas like Bwindi.

People farm the terraced hillsides and live in small villages scattered amoung the fields. Children often have to walk miles to attend school. 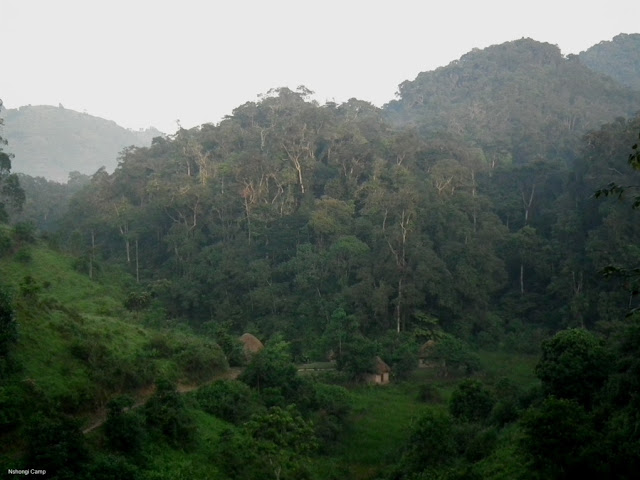 We stayed in Bwindi for 5 days and stayed in 3 different places. The first was a newer lodge called Nshongi Camp, which can be seen in the photo above. It is nestled in a little hollow below a village at the edge of the forest. We stayed in rustic huts called bandas. We parked the car up in the little village, where outsiders are still a novelty to the locals. 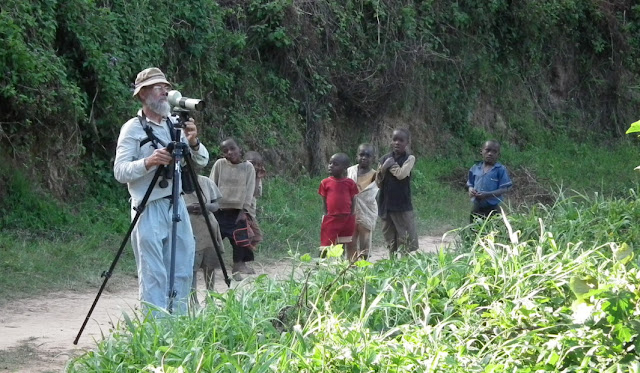 Some of the easiest birding was outside the forest along the road. We drew a crowd everywhere we went. I doubt these children really comprehended what Tom was doing. 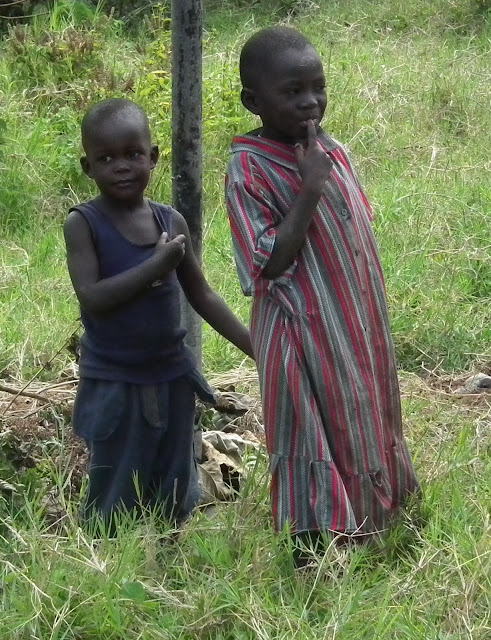 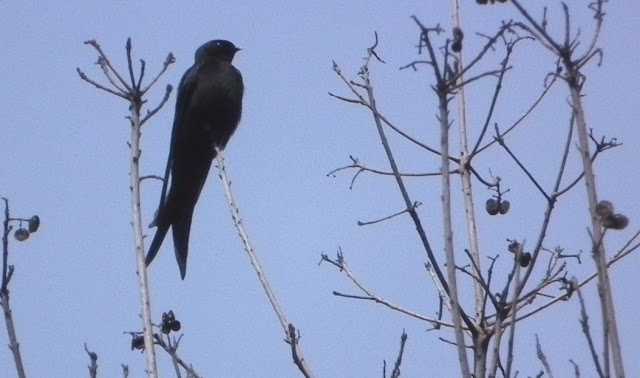 A large swallow called a Black Saw-wing. They were nesting in holes dug into a bank beside the road. 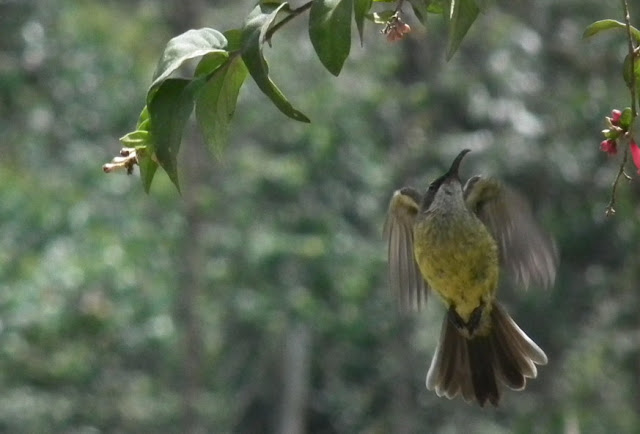 One of my favorite photos of the whole trip. It was a lucky shot to get this female Bronze Sunbird in flight. 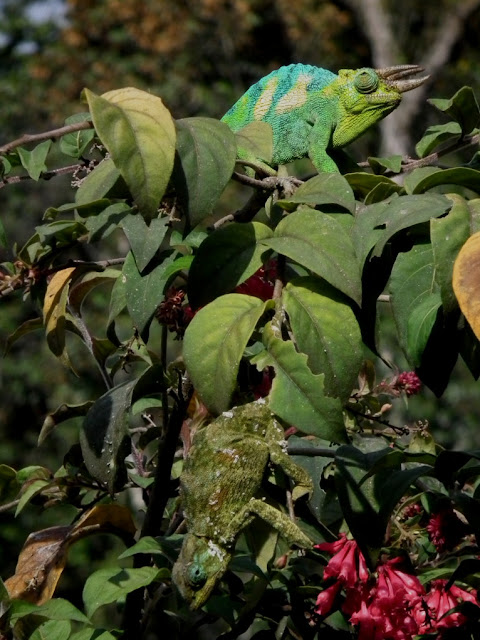 To me the best things we saw at Nshongi Camp were not birds but this pair of chameleons. The male on top was trying to mate with the female below him, who was only trying to get away. 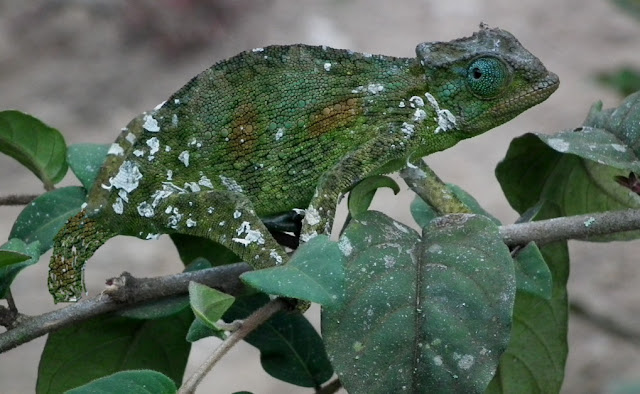 The cryptic female advertizes her disinterest in the male by her colors. 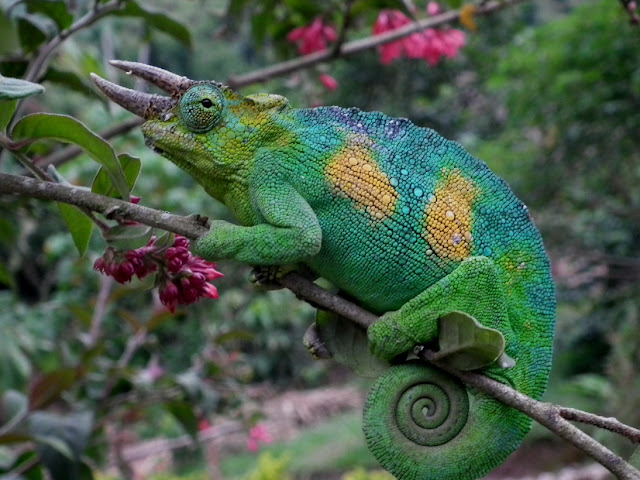 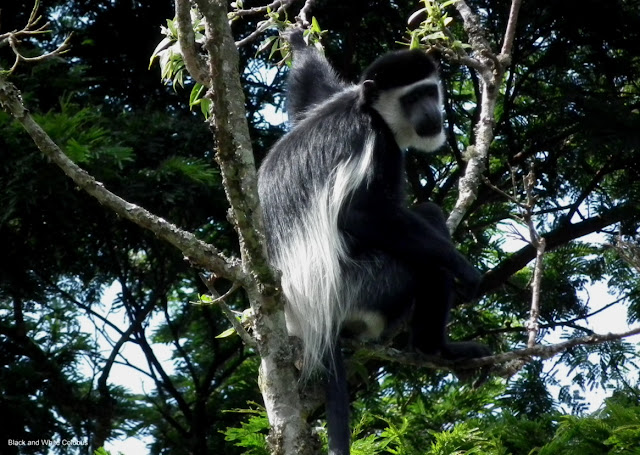 Bwindi is most famous for it's Mountain Gorillas. Since a one hour visit with gorillas cost $500.oo US , that's on top of the $50.oo vehicle fee, $30.00 per person per day park entrance fee, plus lodging costs, we decided to pass. We contented ourselves with admiring other primates like L'Hoest's Monkeys and the above, Black and White Colobus. 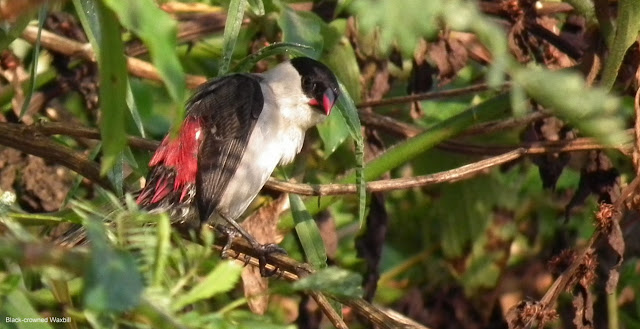 We saw plenty of these small Black-crowned Waxbills and the look-alike Black-capped Waxbills. 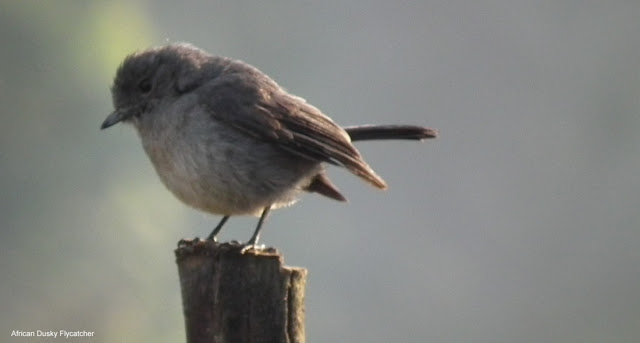 There were many confiding but non-descript gray flycatchers like this African Dusky Flycatcher. 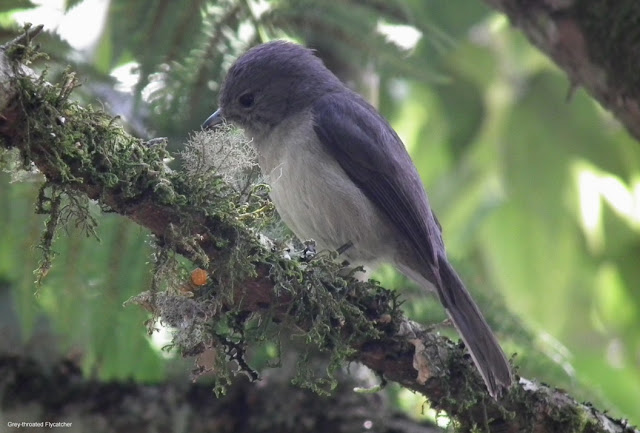 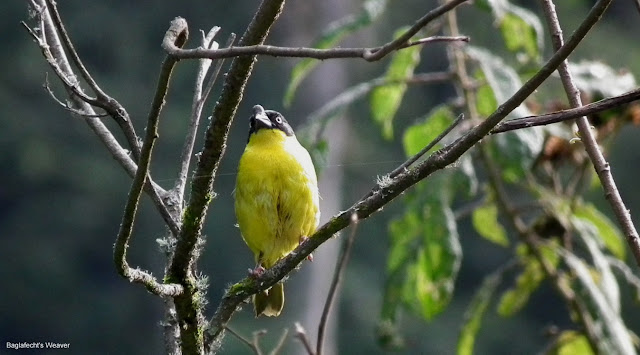 The most common weavers we saw at Nshongi Camp were Baglafecht's Weavers. The individuals that we saw all had bumps on top of their beaks. The field guides Don't mention such a feature on this species.
Stay tuned for more about Bwindi and my favorite bird of the place, the incredible Black Bee-eater.
Posted by john at 5:26 PM