A Smackdown for Misfits 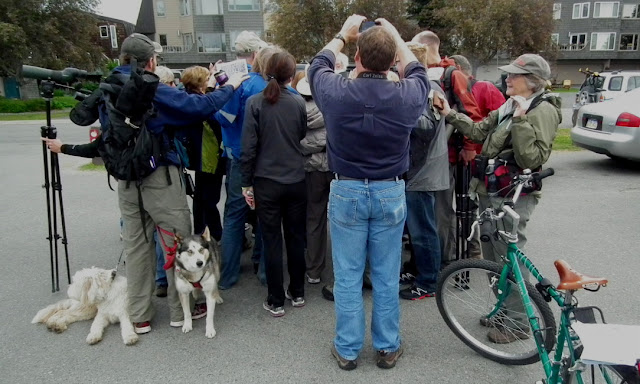 This morning, (Saturday) I walked up to this group of people and said, "Now here is a motley looking bunch of....".  Before I could finish the sentence Aaron Bowman finished it for me, "losers" he joked. No one was offended, Anchorage Audubon is used to, (merits?) such labels.
We were all gathered in the parking lot next to Westchester Lagoon for the annual Audubon Smackdown. It is a semi-childish contest where teams search the area to see who can tally the most species of birds. I joined up with three women on the team called, Three Wild Chicks, or something to that effect. All of the  8 teams had suitably silly names. 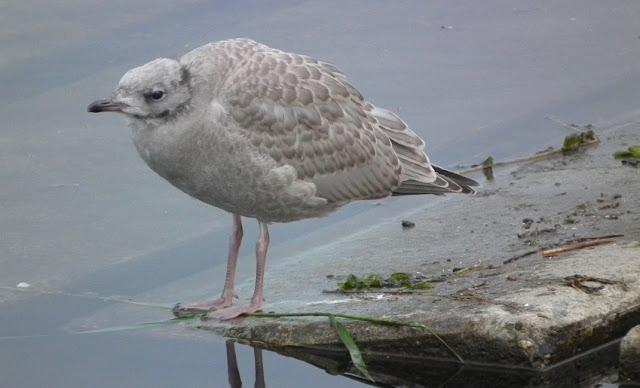 Our first bird of the day was also the closest to us. This newly independent Mew Gull. 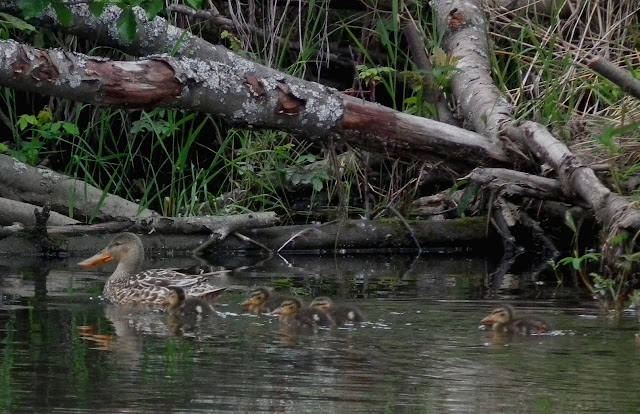 There were loads of ducklings, like these baby Shovelers following their mother. 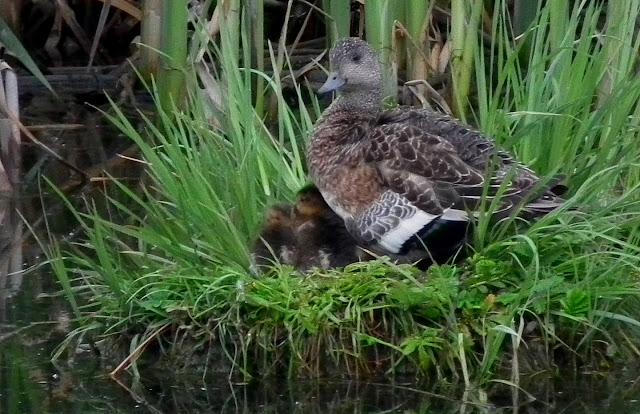 Here, a mama American Widgeon protects her brood from a hazardous world. 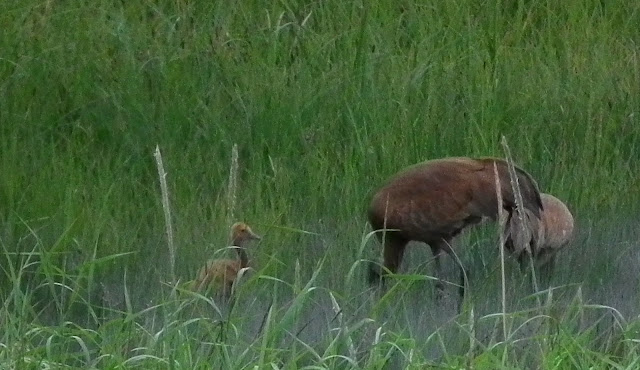 Earlier this Summer I kept seeing a Sandhill Crane on Fish Creek. I speculated that it had a mate somewhere nearby, sitting on eggs. Today my hunch was confirmed. There were two adult Sandhills with a precious youngster in tow. 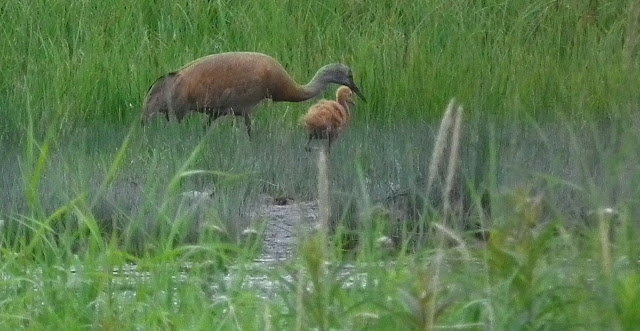 Young Sandhill Cranes are known as colts. Let's hope that it will soon be too big for an eagle to grab. I am torn between the desire to go back, and try to get closer photos, or leave the birds plenty of space. 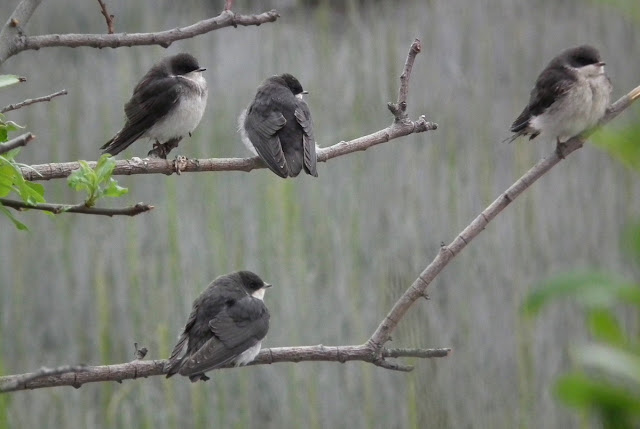 There were dozens of these swallows beside the Coastal Trail. At first I was confused about their identity. The collar on some of the birds made me wonder if they could be juvenile Bank Swallows. The sheer numbers of them made that unlikely.
When I got home and checked my field guides, I realized that they are juvenile, Tree Swallows. 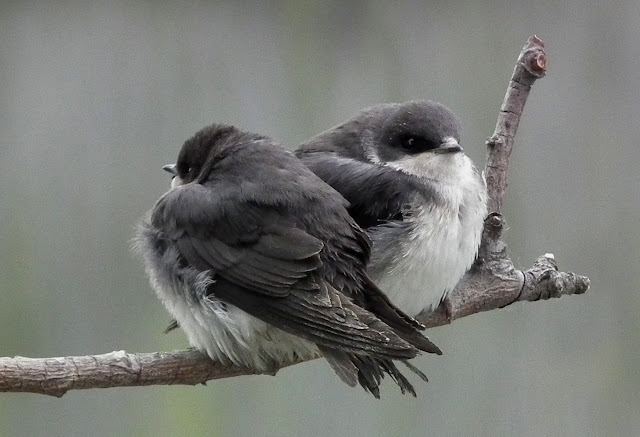 These youngsters are so cute when they puff up their feathers. 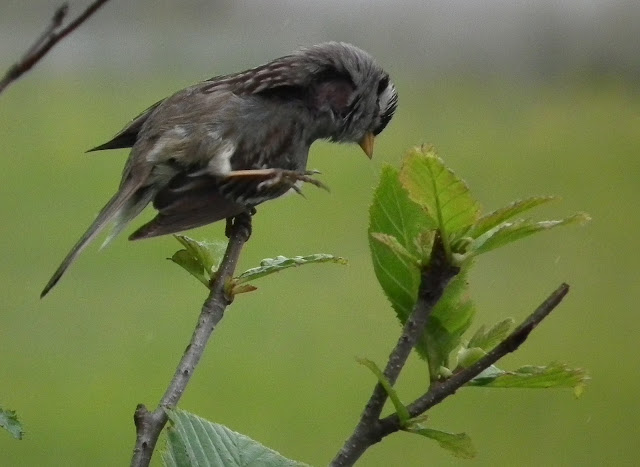 I managed to catch this, White-crowned Sparrow just after it had scratched it's neck.
At the end of the day, all the teams met to compare sightings, and eat a scrumptuous lunch. The top three teams got some nifty, and quirky prizes. Aaron Bowman's team took top honors. Naturally, he is Audubon's Field Trip Leader, and a phenomenal birder.  Our team did not shine today. We came in 6th. Oh well, we sure had some geeky fun.
Posted by john at 12:05 AM

Thanks for visiting my blog and the info.
I do read and follow John's Hong Kong Birding blog. He is a very active birder in HK. In fact we have a mutual friend too.

Still John, while your team may not have won, you got some great pics. Love the juv Tree Swallows and the amazing eagle pics from your previous post - wish I had been there!!