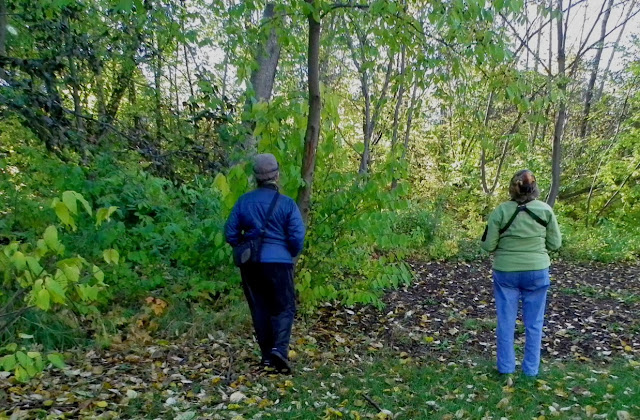 This post is about vagrant birds, not people. I am afraid to chase vagrant people.  A little over a week ago a local bird fanatic reported seeing a Palm Warbler in a section of Anchorage called Government Hill. Most of the other bird obsessed people in Anchorage dropped everything and went to see it. I had to work, and I am a somewhat lazy birdophile, so I did'nt go.
Two days later I went after it in the rain but missed it. Then on this past Wednesday I went back with my birding friends Chris, (left) and Betty, (right). We could not find it. 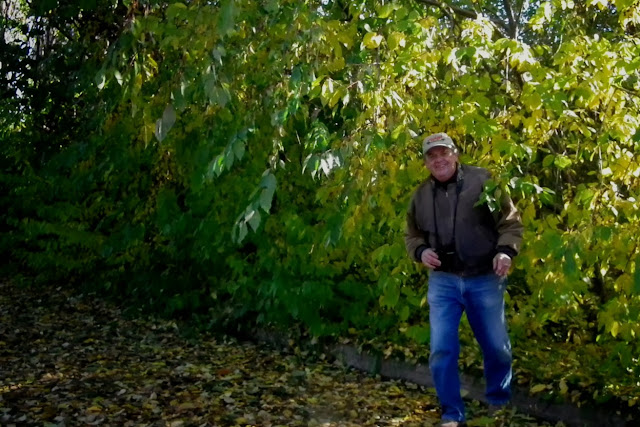 While we were there another local bird junky, (Gary Rasmussen) emerged from the brush with a big grin on his face. He got the Palm Warbler. We looked thoroughly. No luck. It would have been my 14th new Alaska bird of the year and my 200th Alaska bird overall.
Other states have much greater bird diversity than Alaska. Anyone who gets into the 200 Alaska bird club is in some pretty exclusive company. It is not easy to accumulate that many bird species in the state.
Chris is in a category with only a few fellow birders. She has more than 300 Alaska birds. That is no easy accomplishment. One can only get that many Alaska birds by making frequent trips to the most remote outposts of the state, and by having a lot of luck; Not to mention a great deal of preparation and hard work. 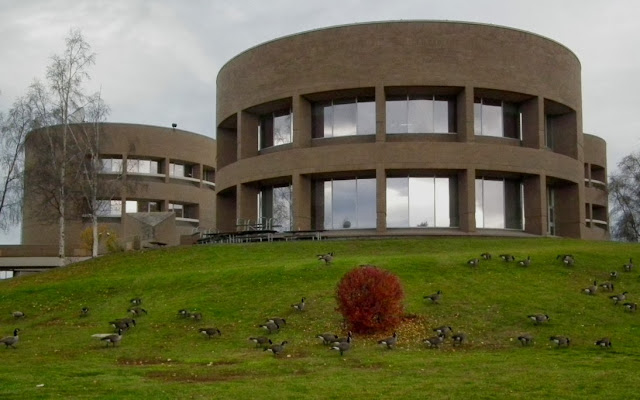 I had another chance to get my 200th Alaska bird this week with an imm. Slaty-backed Gull being seen at Cuddy Park in midtown Anchorage. Cuddy park is next to Loussac Library, (above). When I went there on Saturday morning there were hundreds of Canada Geese staging for their imminent migration. 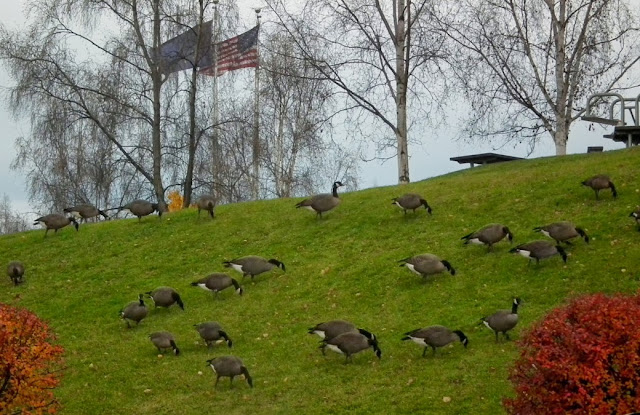 Canada Geese surrounded the library on all sides. 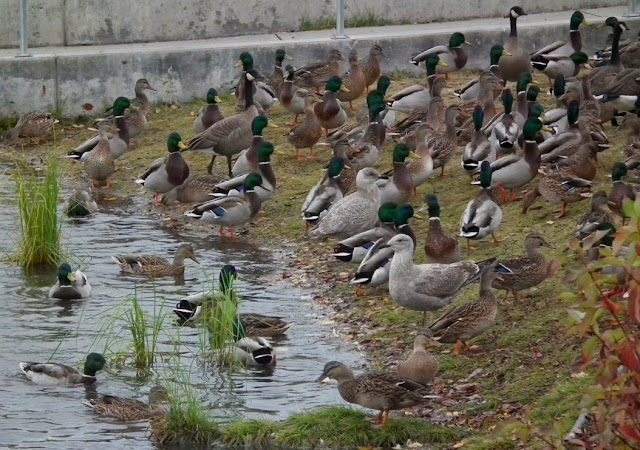 The typical confusion of Cuddy Park. People bring their children to feed the ducks. Birders shun the park except at this time of year when unusual gulls, (usually immatures) sometimes show up. 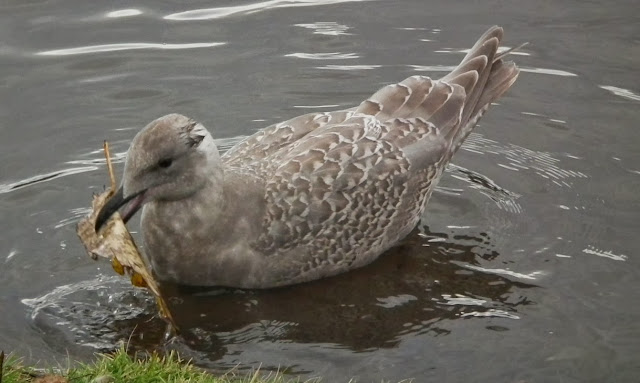 Last year at this time I did a post about the difficulty of sorting out sub-adult gulls when  imm. Iceland, and California Gulls showed up. I finally figured those gulls out when I got help from local bird experts. This imm. gull above is sampling a leaf to see if it's edible.
Is this the Slaty-backed Gull? Who knows. I need more expert advice to figure it out. 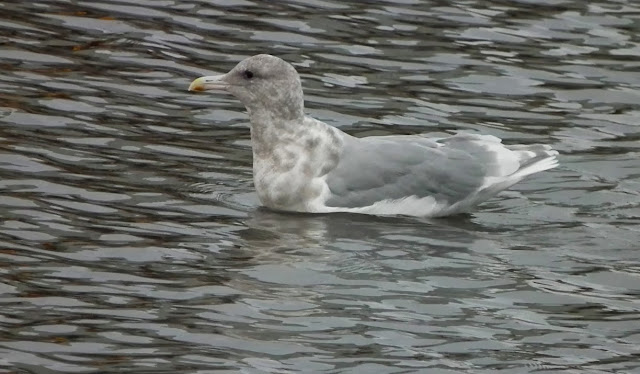 This is not it. This is a winter plumage, Glaucous-winged Gull. I think.
I am fairly confident that this is a juv. Herring Gull, but I would not bet money on that.
There are several different forms of Canada Geese around here. This goose has a darker brown breast than most. It is either a Cackling, or Dusky Canada Goose. I get lazy and don't usually try to sort them out.
For about the last month I have been seeing Moose almost daily. This one showed up at work on Friday.
Nine out of ten of them are cows. Bulls get shot at so they are more wary.
I forgot to post this shot of the Moose that I photographed with my new camera from the last post. This was at full 8x zoom from about 15 feet away.
Posted by john at 6:23 PM

Great set of pictures - I love the Moose!

The bull moose are like the rest of the deer species,are alwais more difficult to shot photographys of them.This canada goose looks a one of the smallest subspecies you know?.