An Asian Vagrant and a New Painting 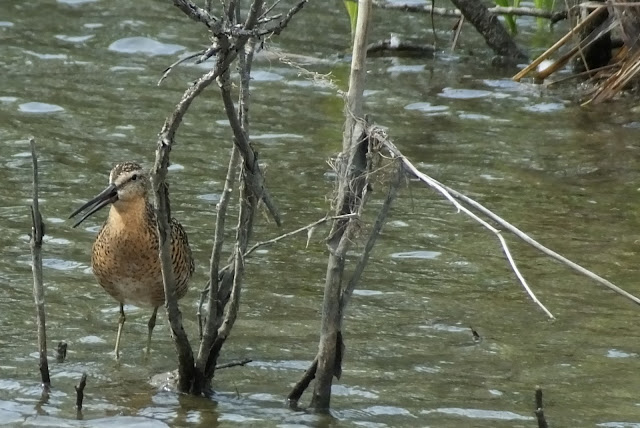 On Wednesday, my day off I went to Spenard Crossing, Westchester Lagoon and the Coastal Trail following up on a report of a Blue-winged Teal being seen in the area. Blue-winged Teals are seldom seen in Alaska.
No teal but I did see this Short-billed Dowitcher. 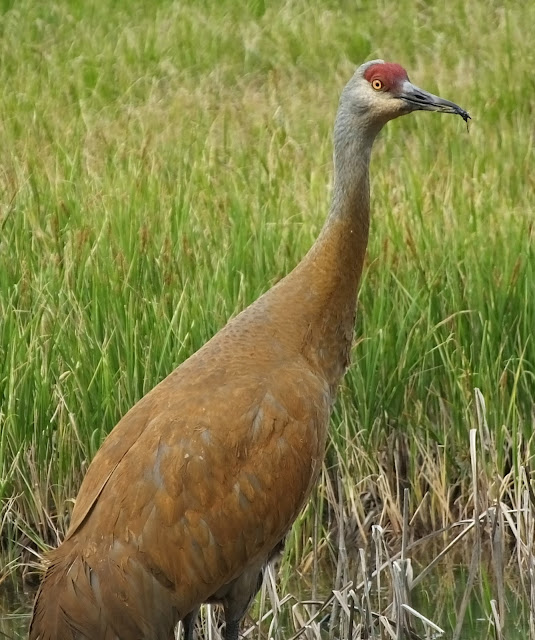 Later I also managed to get the best photos of a Sandhill Crane that I have ever gotten. 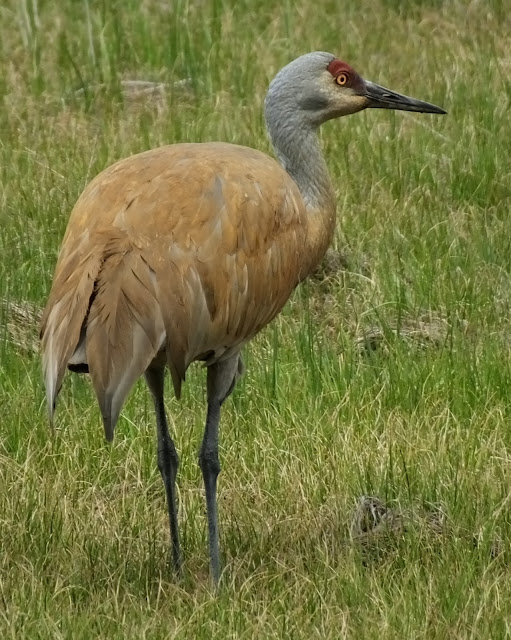 This guy was incredibly close to the Coastal Trail and completely unconcerned about passers by. 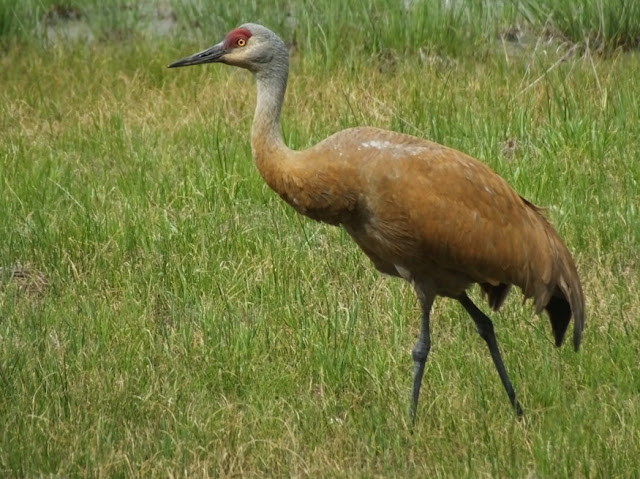 These photos were shot with my HS-50 on a tripod. 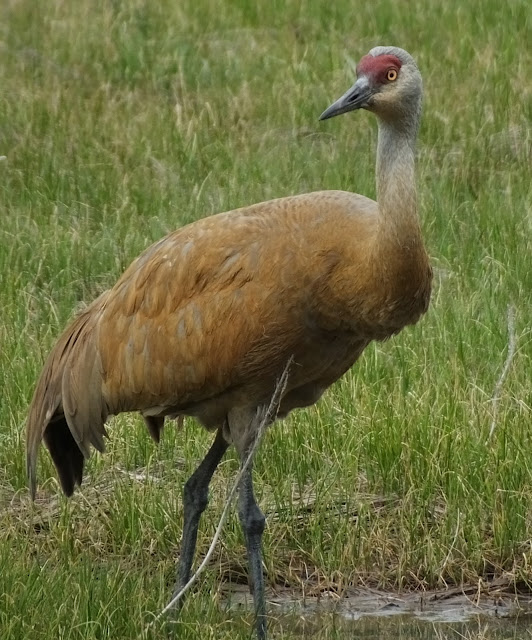 About month ago I got good photos of a Sandhill Crane near the same area. I thought that this must be the same bird but that crane had red eyes. This crane might be last year's offspring of that earlier crane. 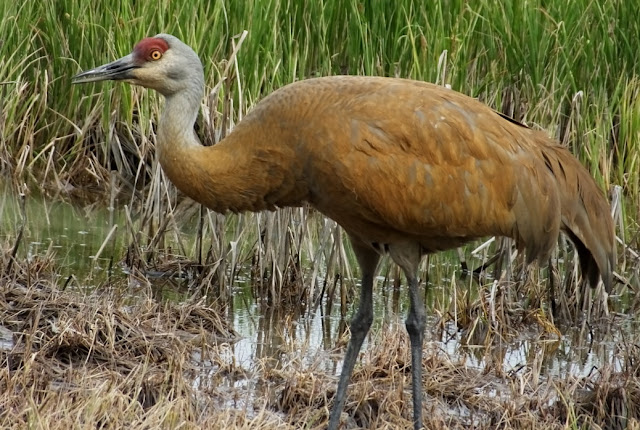 The bird came incredibly close to me.
I went home very satisfied with the photos that I managed to get but I later learned that a sharp eyed birder saw a vagrant, Terek Sandpiper in the same area just after I left. 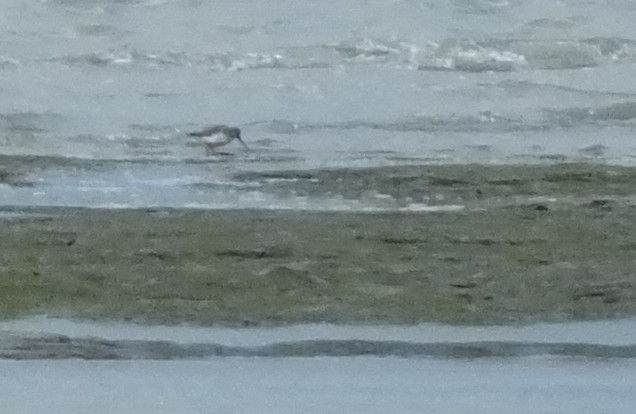 Yesterday after work I went back there and found a small crowd of birders looking at the Terek Sandpiper. It was after 9:00 pm when I got this distant photo. Believe it or not I shot this photo from the exact same spot that I was standing in when I photographed the cranes in the previous photos. The cranes were shot from about 15 yards/ meters, and the sandpiper from well over 100 yards/ meters, possibly double that distance. 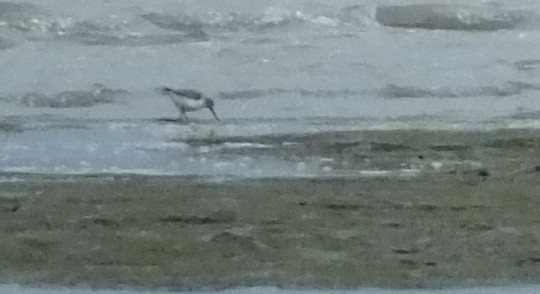 You can almost see its characteristic upturned beak. It was also vigorously pumping its tail end up and down which is typical of the species. It is not a lifer for me but a nice addition to my US and Alaska bird lists. 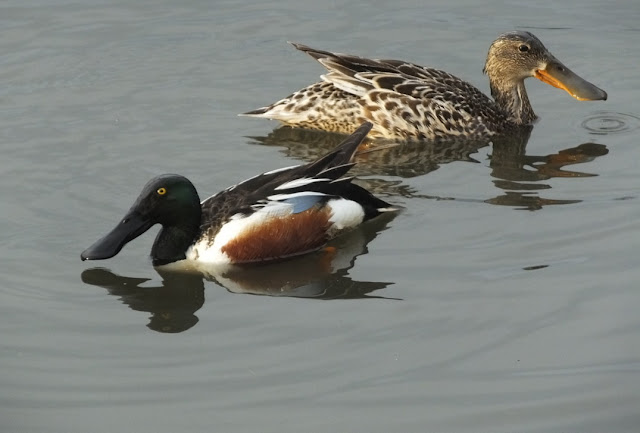 Afterward I managed to get my best shoveler photo yet, at Westchester. 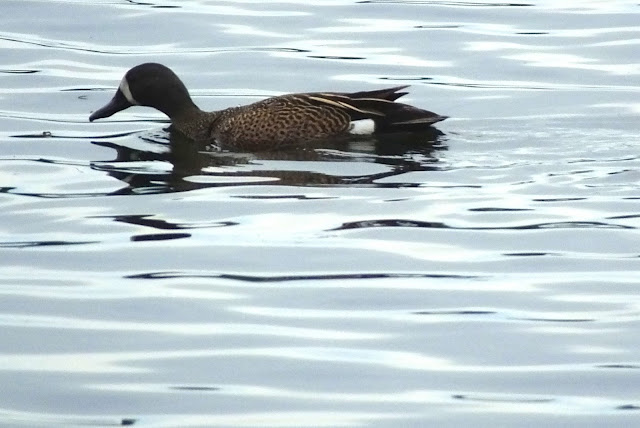 Next I went to Spenard Lake, (not Spenard Crossing) with Betty to look in the new location for the Blue-winged Teal. We found it right away. It was after 10:00 pm when I shot this photo. 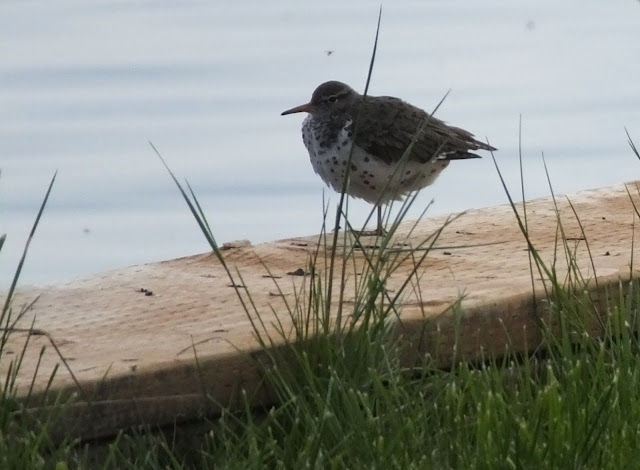 There were also several Spotted Sandpipers. I needed to get home and to bed because I was going to have an early start at work today. 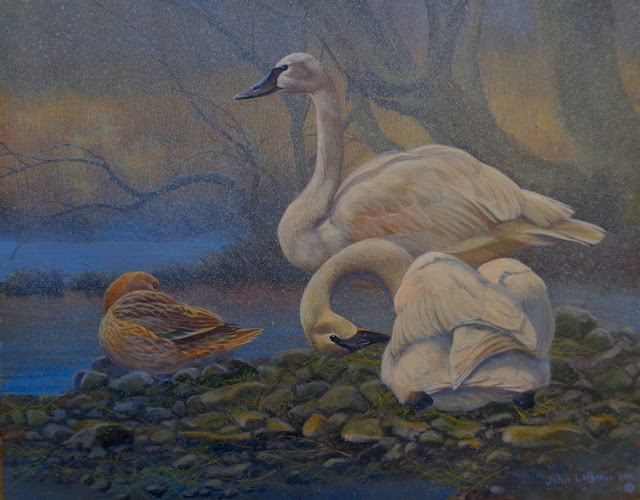 Congrats on the Terek !

And the Crane shots are fine - it must have been a thrill to get it up close, all the cranes I've ever seen have been quite distant.

I've been having problems with blogger - not sure that I've sorted them out yet !

I appreciate your comments John. I hope your technical issues with blogger are soon resolved.