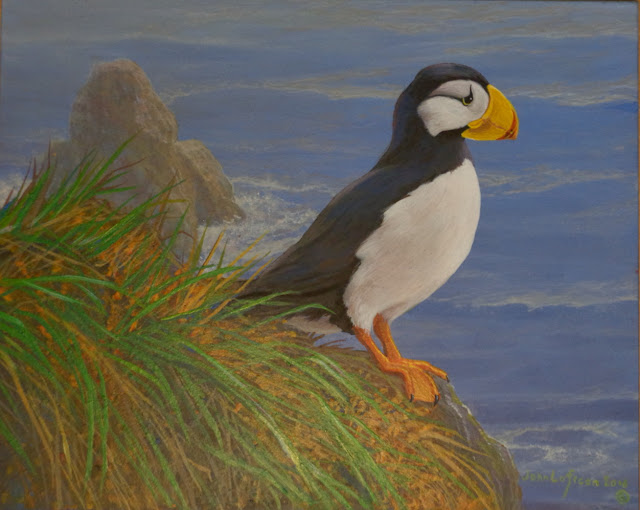 Although I have painted many  puffins over the years, most of them were Tufted Puffins. This is my latest, a Horned Puffin, 8x10". 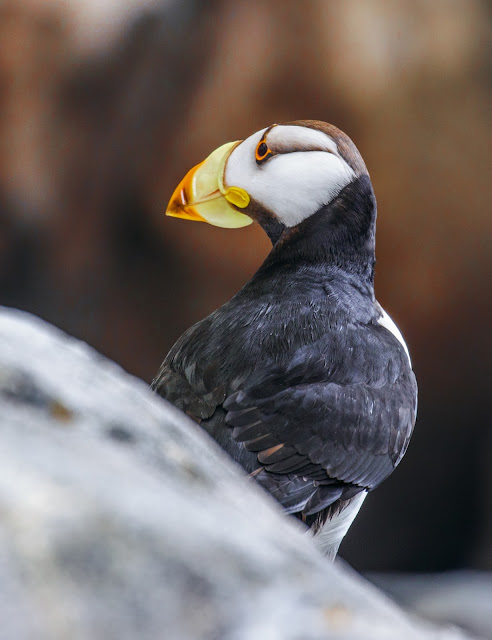 I will flesh out this post with a few photos from the Alaska Sea Life Center in Seward. 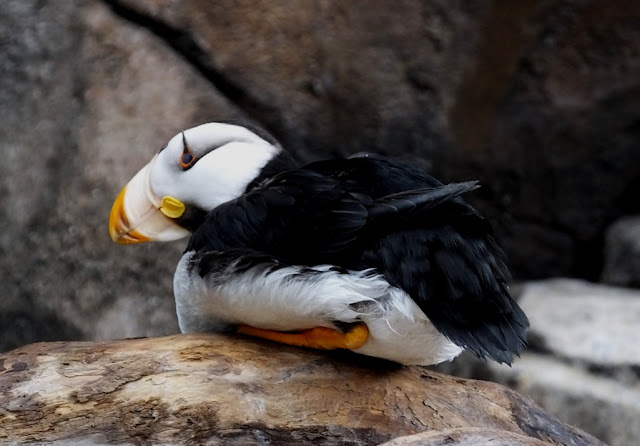 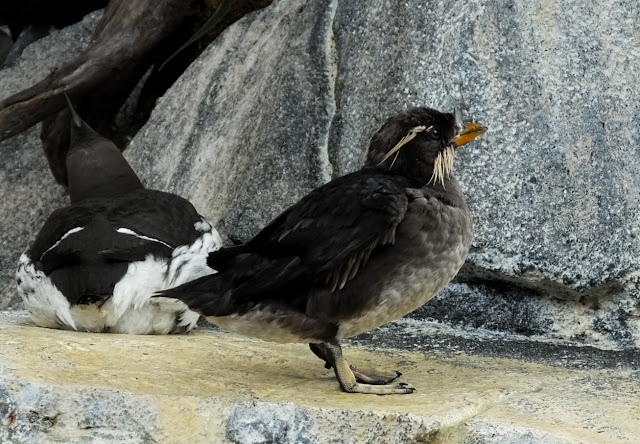 I have only seen one Rhinoceros Auklet in the wild even though they are more widespread than other species of Auklets in Alaska. I enjoyed observing them in the Sea Life Center. 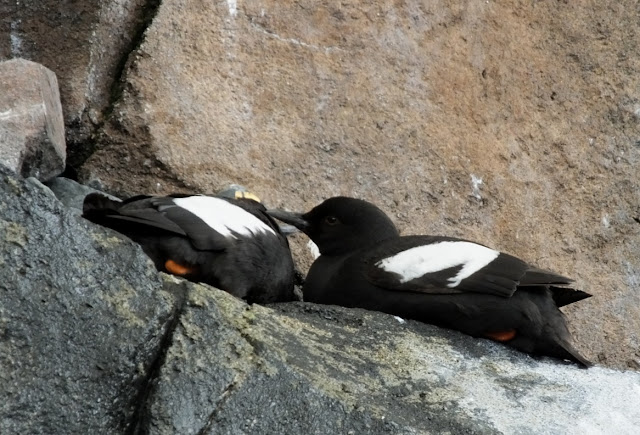 Pigeon Guillemots. I wish that I could get so close to them in the Wild. 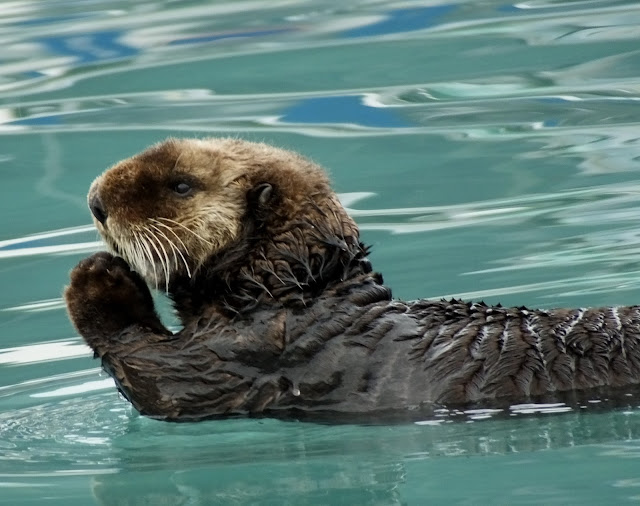 I'll throw in some more Sea Otter shots from the harbor on  my recent trip to Seward. 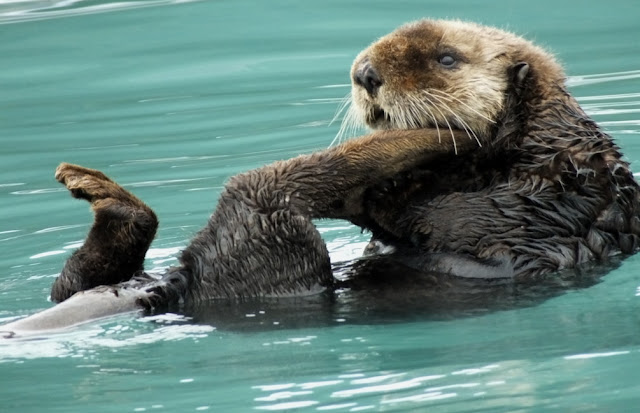 I usually cannot get so close. 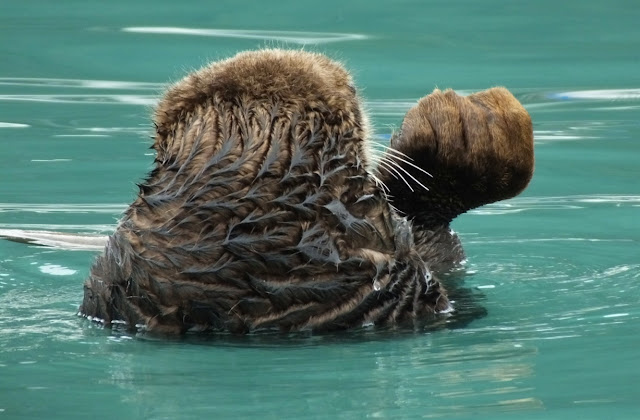 The Sea Otters are really attractive - hard to believe how persecuted they have been.

Otters are still in trouble in many areas. Commercial and sport fishermen hate them because they eat fish. Dont get me started on that topic. I side with the Sea Otters.