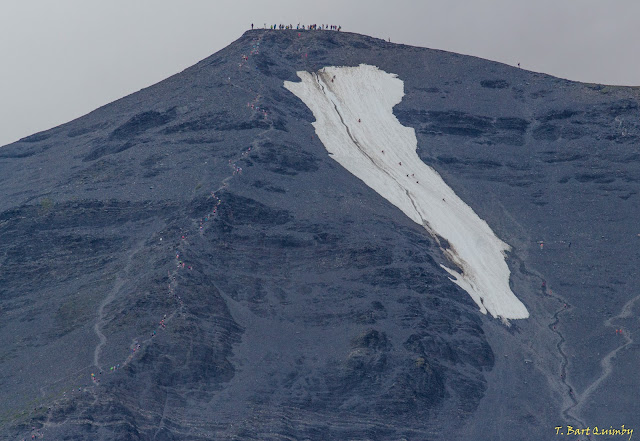 Most of you have probably never heard of the Mt. Marathon race in Seward. It is a big deal in Alaska and runners come from all over the world to test their toughness against the mountain.
All of these photos were taken by Bart. 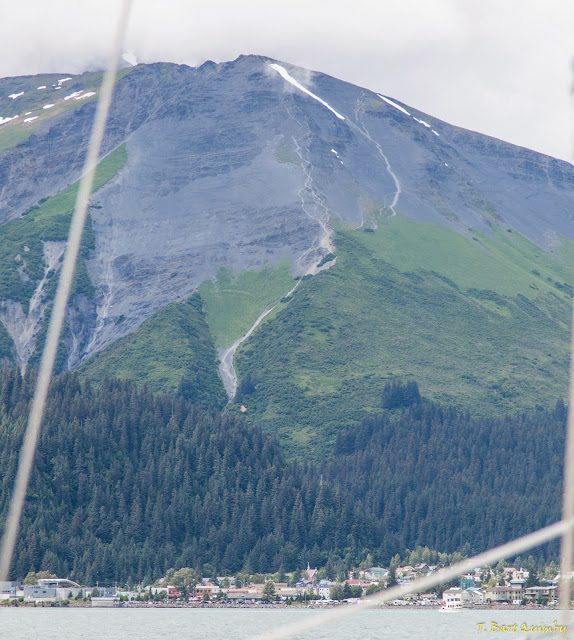 Mt. Marathon at the edge of Seward is not a long race. It is usually won by someone in less than 45 minutes.
The origin of it started in the 1800's. Two prospectors were drinking in a bar in Seward and one challenged the other to a race up to the top of the tallest mountain in Seward.
It is all uphill and very treacherous. This was an impressive feat to the other bar patrons and the Mt. Marathon race was born.

The race starts downtown on the 4th of July every year. It is a madhouse. 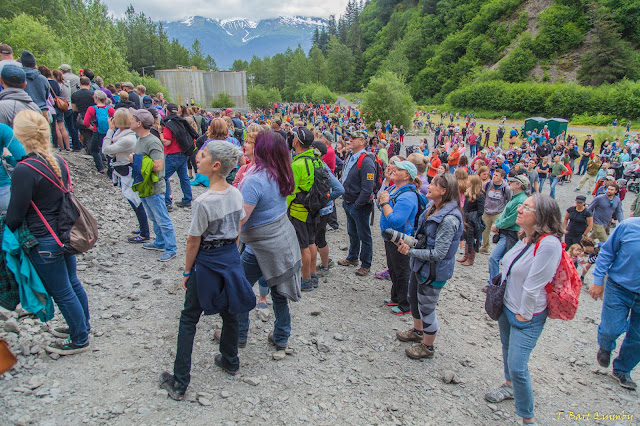 A large crowd assembles to cheer on the racers.

Bart's son Mike often participates. That is him in the blue t-shirt in the middle of the photo. 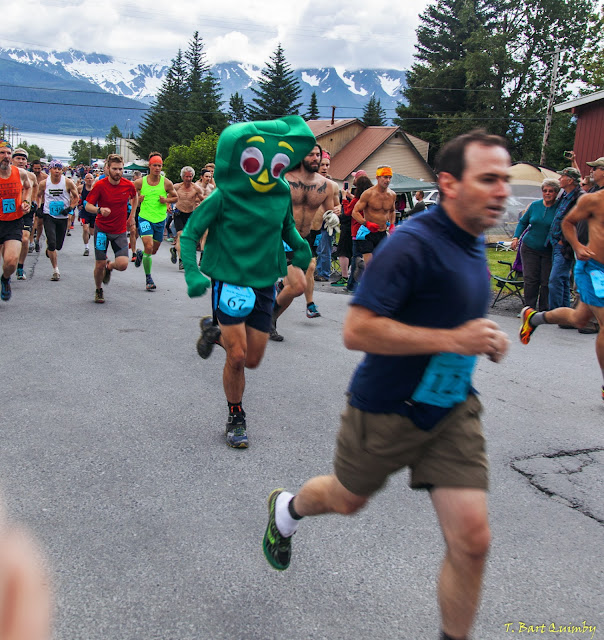 Not everyone is serious about winning. 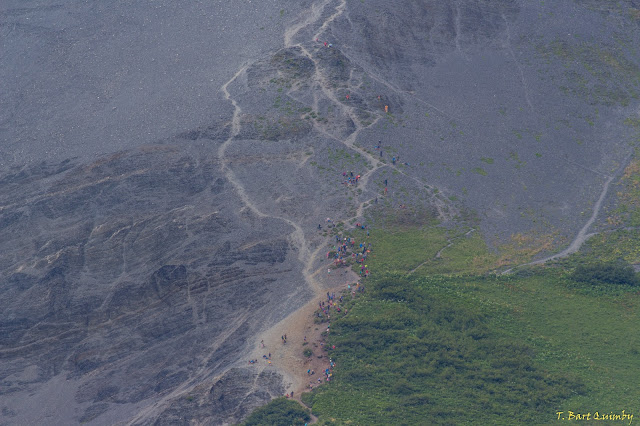 The trail is brutal. 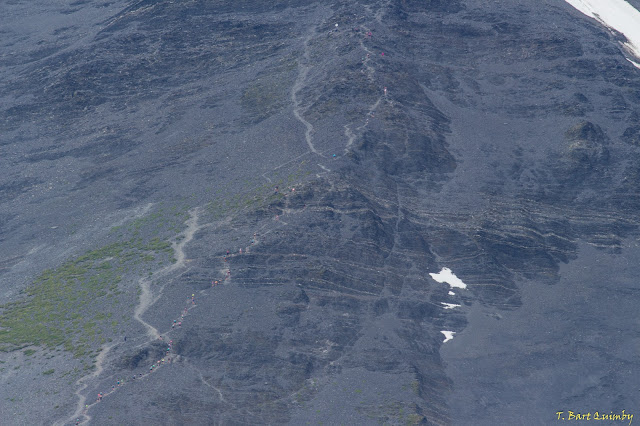 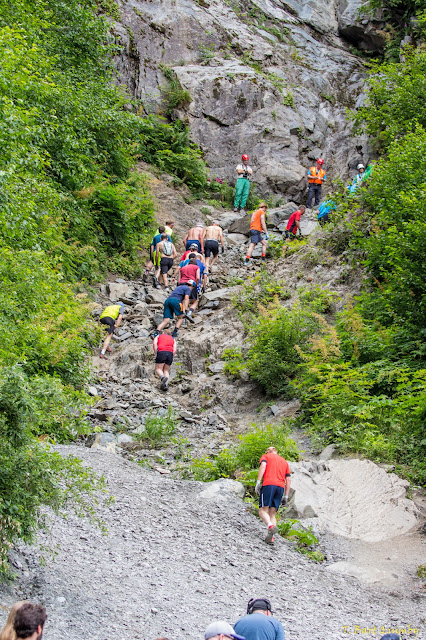 Some places are too rough for running and require careful rock climbing. There are race observers all along the route. 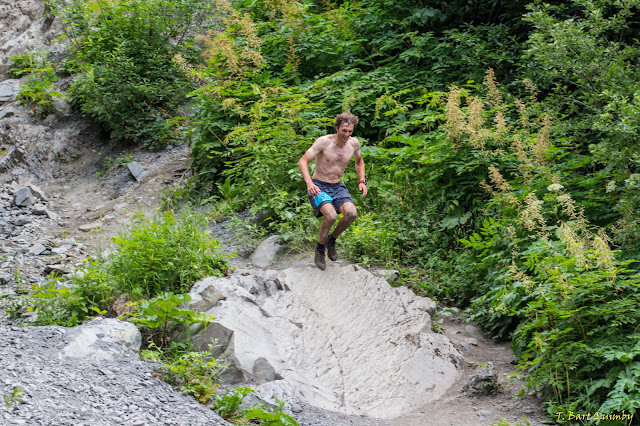 I believe that this man is the winner of this year's race. He is a college skiier at Alaska Pacific University. 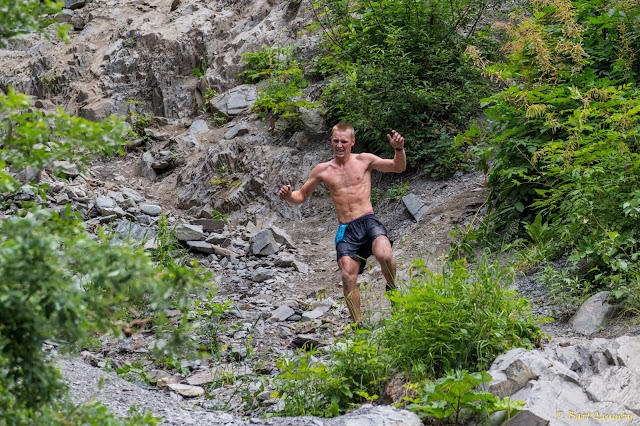 One must be in top physical condition to be a race contender. 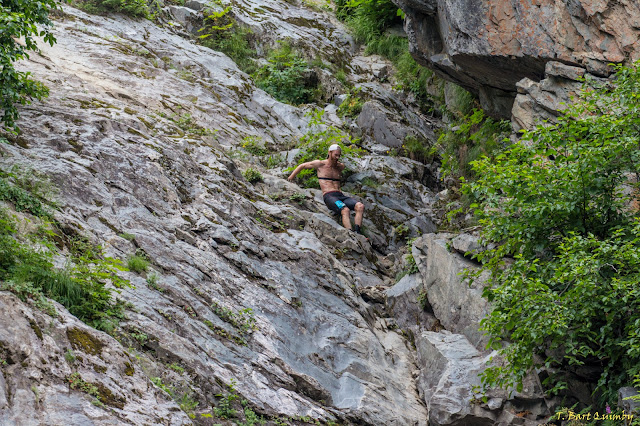 Many people fall and get injured every year. Last year one runner went missing on the mountain and has not been seen since. 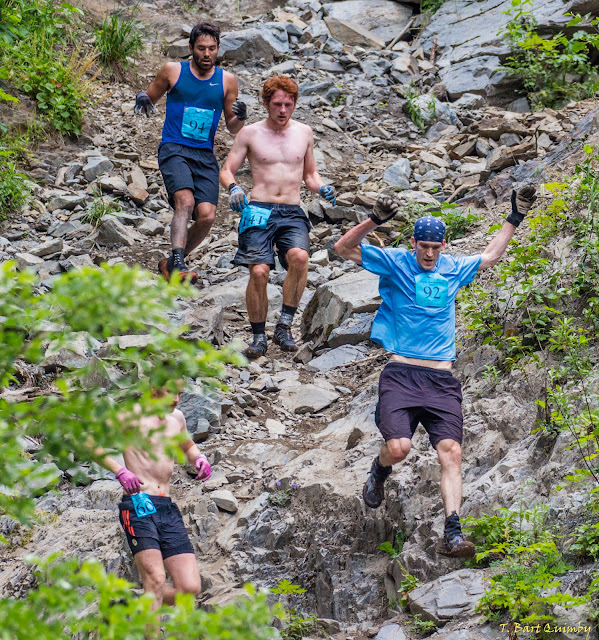 Mike, (blue t-shirt) Finishes the race in about an hour. Not a contender so he is disappointed but I think it is an incredible feat. 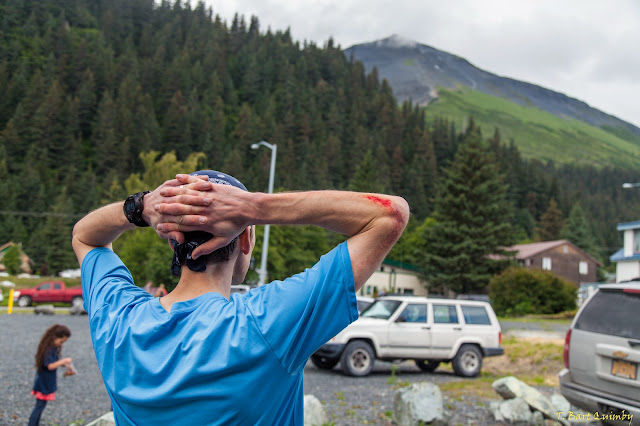 He looks back at the mountain after the race. He may not have won a prize but he earned his battle scars.
Posted by john at 12:56 PM

Now that's a real contest ! When the Gurkha Regiments were in Hong Kong they had a hill race called the "Khud" - like yours, the racers had to be brave as well as fit.

I have never climbed Mt. Marathon, let alone raced up it.