A Celebration of Sunbirds, part 2 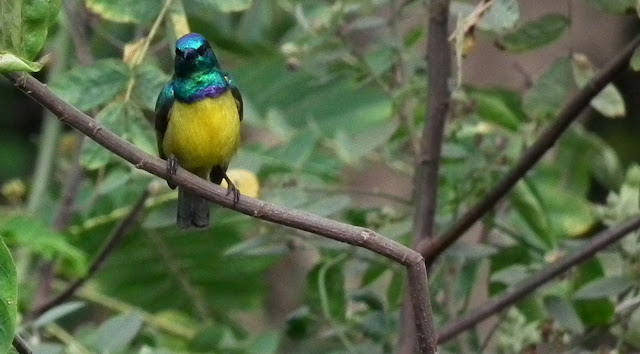 My recent trip to Uganda was where I really saw a great diversity of sunbirds. There were far more good photos,(and not so good photos) than I could include in my preliminary trip reports. That's what really inspired these two blog posts, the desire to share some of the photos that did'nt make it in the earlier trip reports.
The above photo of a Collared Sunbird is an example. It was photographed in Entebbe. 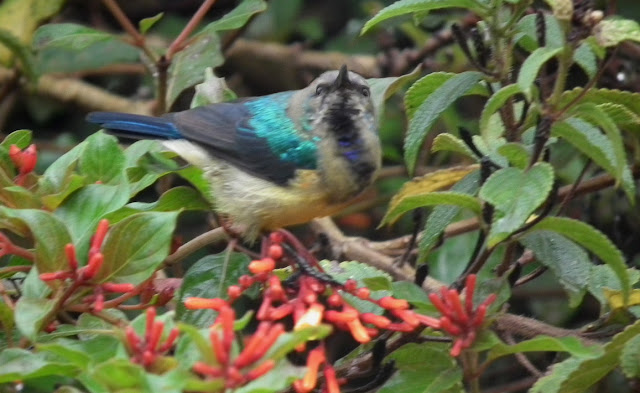 Along with the challenge of figuring out similar species of male sunbirds, and the near impossible challenge of identifying female sunbirds, there is the added difficulty of trying to work out the identities of immature male sunbirds. Many of them are not even illustrated in the field guides.
In spite of it's blue, rather than green irridescense, I believe that this is an imm. male Collared Sunbird. It was photographed in Fort Portal, Uganda. 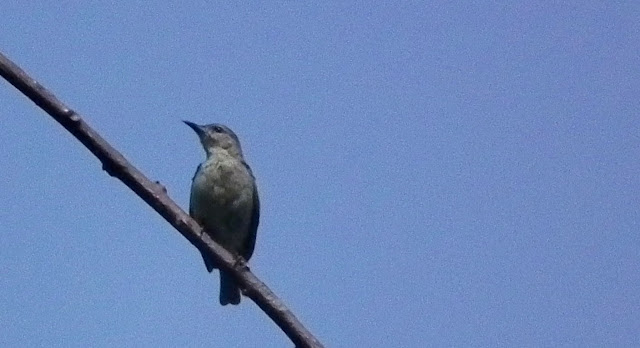 This is a very non-descript, and un-sunbird looking, Little Green Sunbird.

Another sunbird that is just as tiny as the Little Green Sunbird, is the Tiny Sunbird. This bird was in Nshogi Camp, in the Bwindi Impenetrable Forest. 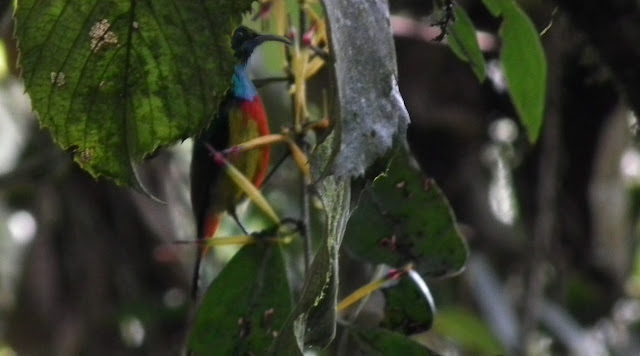 Another sunbird in Nshongi, Regal Sunbird. This is the only individual of this species that I saw. 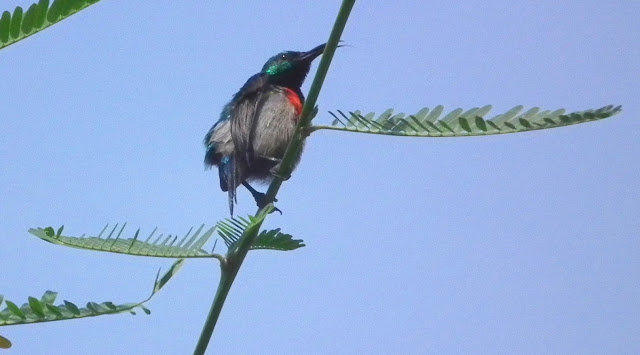 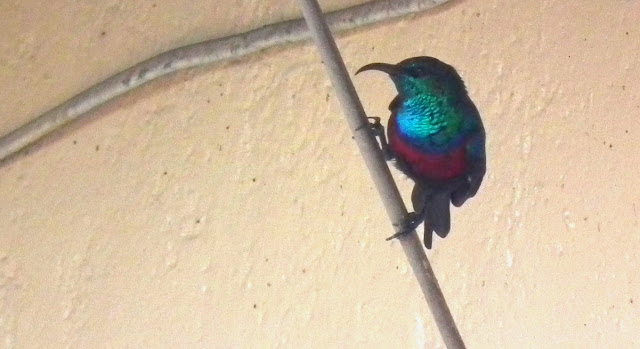 One of the most attractive, and most common species of sunbird that we saw were Red-chested Sunbirds. This bird was at the restaurant in Mweya, Queen Elizabeth NP. 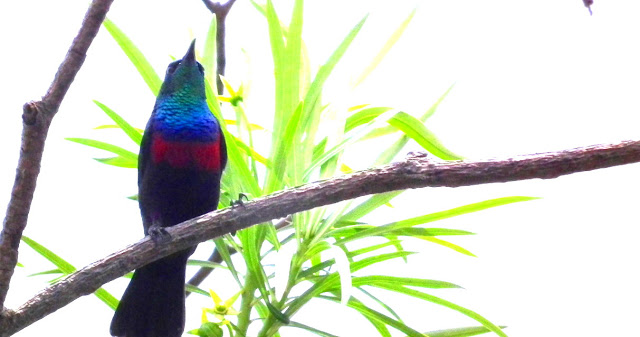 Another Red-chested Sunbird at that wonderful restaurant. 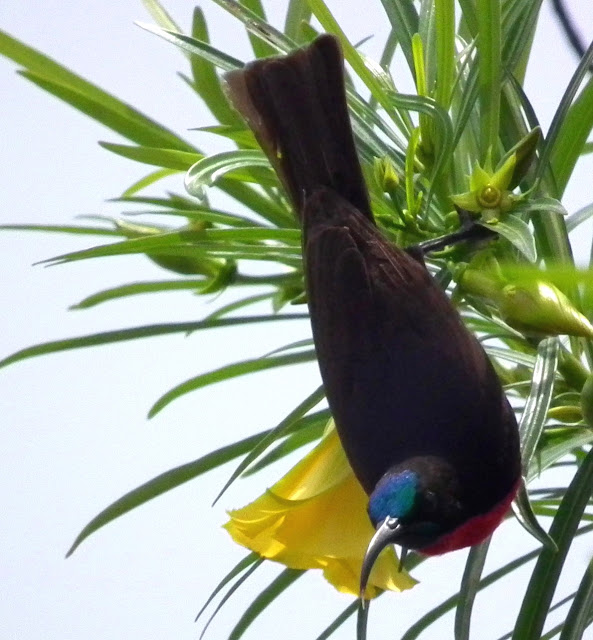 My favorite sunbird of the bunch, Scarlet-chested Sunbird. Also at the Mweya Restaurant. 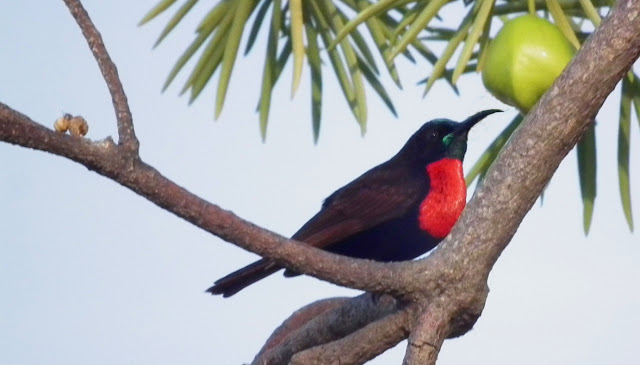 Another shot of the same species at the same place. 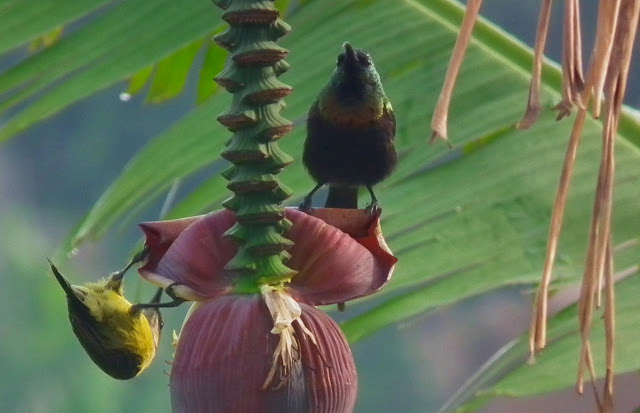 It was a thrill to photograph a pair of Bronze Sunbirds on a Banana flower in Fort Portal. 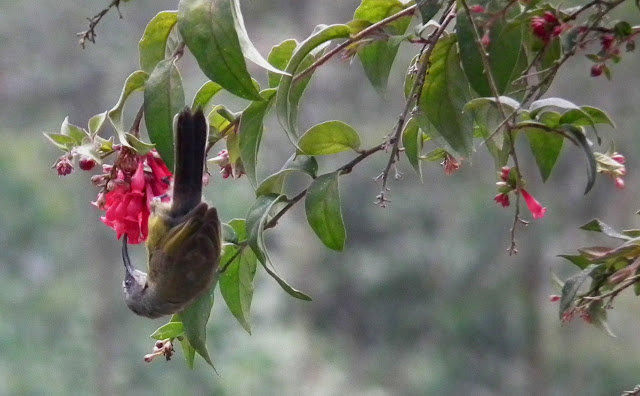 The first place where I started seeing Bronze Sunbirds was Nshongi. It took me a long time to figure out that this was a female Bronze Sunbird. 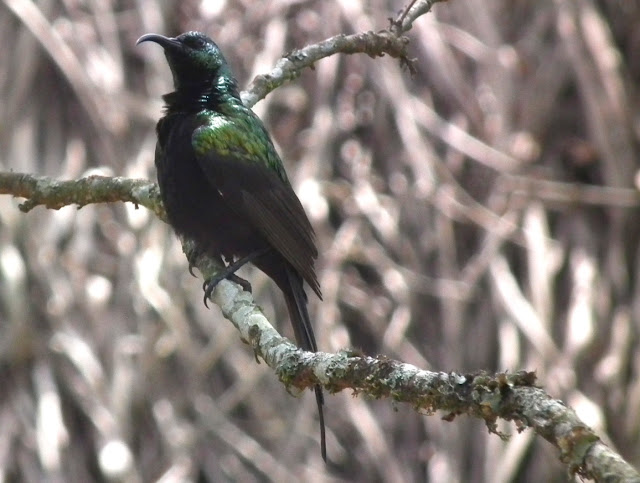 Bronze Sunbirds are one of the larger species of sunbird. This magnificent male was in Buhoma, in Bwindi. 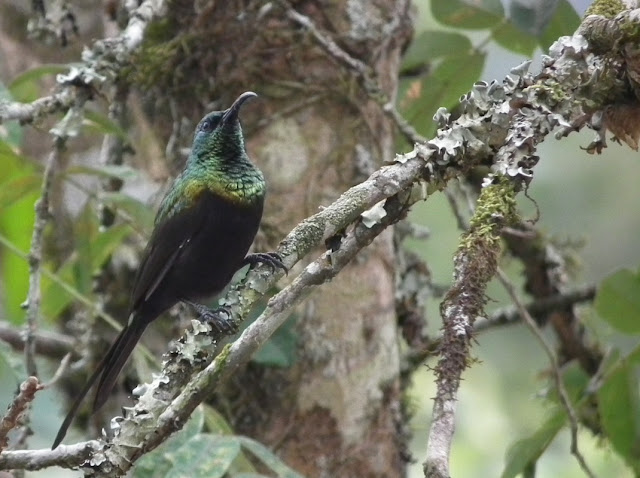 Such a cooperative subject deserves a second photo.
Posted by john at 5:06 PM