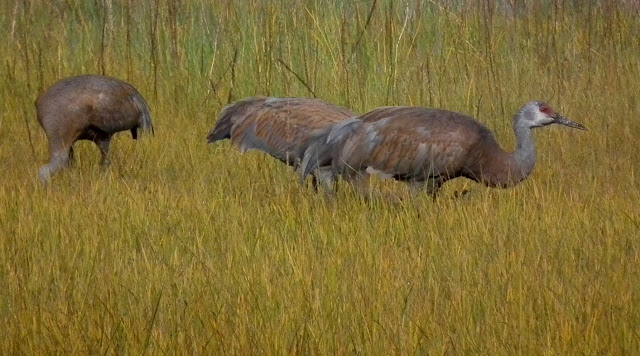 Not really a hurricane, just a fierce windstorm with hurricane force winds. Gusts up to 130mph. I've been incommunicado since last Tuesday, Sept. 4. The winds knocked out Anchorage's power, water, etc. I have been without telephone or internet until this morning.
It is not fun to go days without being able to flush the toilet, bathe, cook, wash dishes etc. Many, many trees were knocked over. I estimate that 10% of the mature trees in Russian Jack Park are down. The sound of chainsaws is everywhere.
Yesterday the winds subsided. I headed for the Coastal Trail and Westchester to see what things the winds may have blown in. The temperatures were in the low 50's farenheit. There were several unfamiliar birds singing from down in the densest foliage, but I could'nt manage to get a good enough look at any of them. 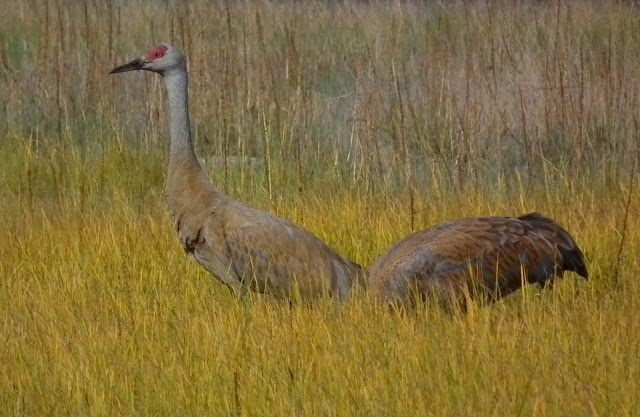 Last week I went to the C.T. and saw very little. This time, there were some migrating Sandhill Cranes. They will be gone in about another week, so I really wanted to savor their company while I could. It's going to be a long, lonely Winter all too soon. 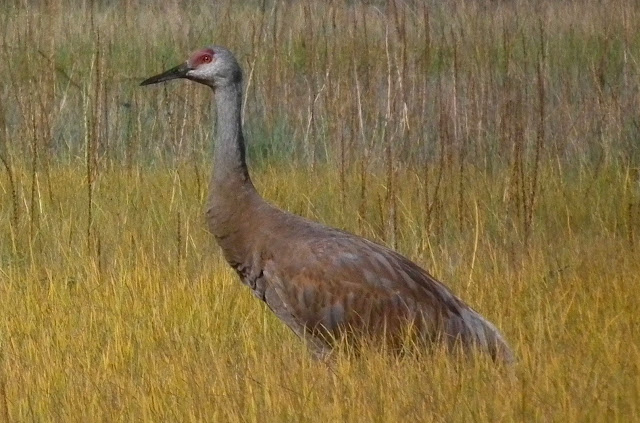 These cranes are certainly not in their prime breeding colors. Their crowns are barely red. Does that mean that they are immature birds? I'm not sure. 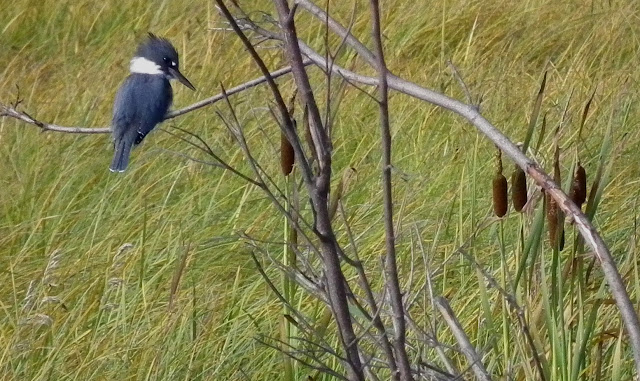 Near Westchester Lagoon, there was a Belted Kingfisher in it's usual place. It has been absent for most of the Summer. Notice the cattails? Beleive it or not, cattails are uncommon this far north. 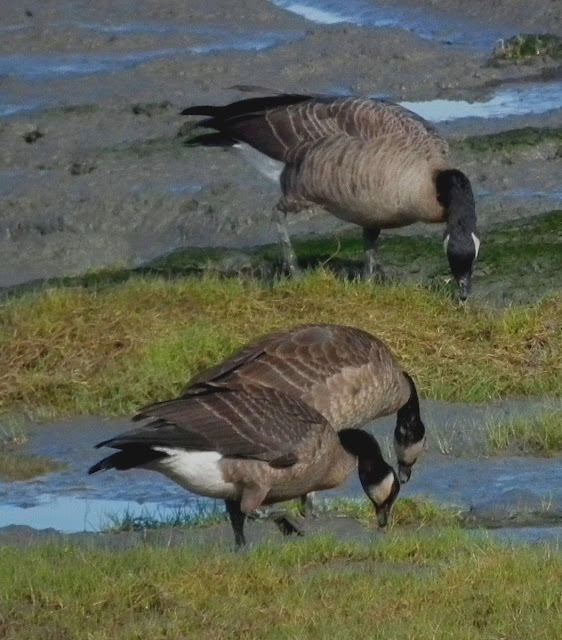 The Canada Geese are getting restless and forming flocks in preparation for their upcoming migration. They are one of the last of the migratory bird species to fly south. Things like swallows and flycatchers are long gone. The geese dont leave until the first snowfall 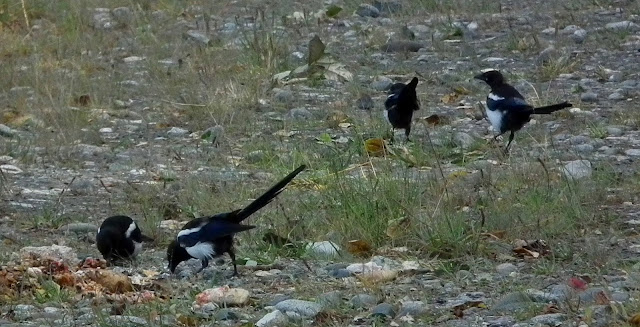 Magpies stay all year. Bad weather does not seem to affect them at all.
On the artwork front, I sold a few small paintings in the last few weeks, and I have several ongoing and upcoming artshows happening. Nevertheless, I'm pretty discouraged about the art market, and it has a negative affect upon my painting. I have not had the enthusiasm, nor inspiration to pick up a paint brush lately. I'm pretty sure that it's a temporary situation.
Posted by john at 3:01 PM

We had the same band of winds though far less severe down here in Southeast.

Our new perch on the water is awesome. Been watching hundreds of Herring and Bonapartes gulls, comorants, sea lions and harbor seals, a lone humpback, crows dropping mussels on the rocks, harelquins, guilemots, eagles, herons, a little yellow kinglet or warbler in the thimbleberry, deer on the lawn, and some frustratingly small and quick birds in small tight flocks that skim the water (the Bonapartes are about half the size of the herring gulls and these are about half the size of the Bonapartes).

Hey Jeremy,
You got me jealous with so many critters that I hardly ever see. Get some photos that I can post.
Were the flocks of small birds shorebirds? or something like Fork-tailed Storm Petrels?
We are preparing for another big windstorm that is supposed to hit tonight, 09/15.

My first thought was shearwater, so yeah, like the petrels. I guess the windstorm wasn't as brutal from what little news we get (ADN, dispatch etc...) Still haven't gotten a good visual on them.