Before heading to South Africa I contacted Birdingpal South Africa, and made plans to spend a day birding with a local couple, Malcolm and Sue. They graciously spent a day taking Tom and I to two nearby nature reserves, Marievale, a wetland, and Suikerbos, a grasslands habitat. Both places were loaded with birdlife. 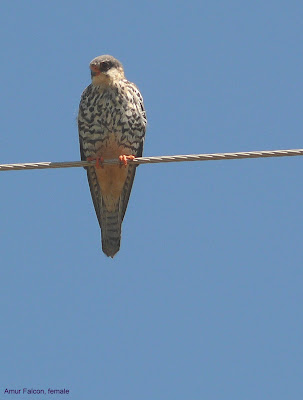 There were many Amur Falcons perched on wires in open areas all over the countryside. This is the female, the male lacks spots. 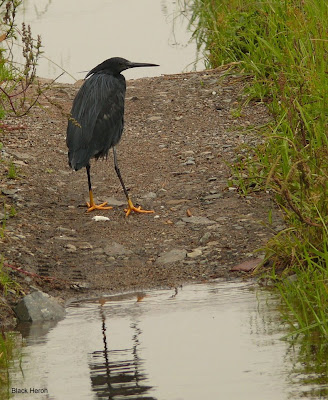 The Black Heron is known for holding it's wings in a canopy over the water to create shade that enables it to better see fish under water. 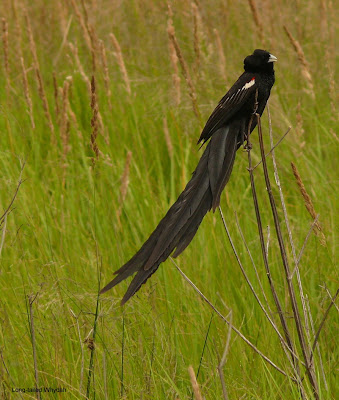 Long-tailed Whydah. This is the gaudy male. The plain female looks like a different species altogether. 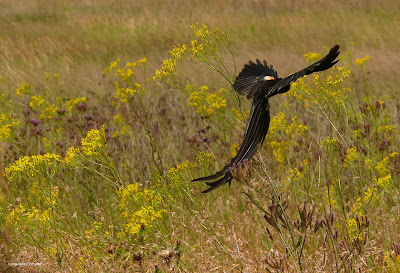 The Whydah's long tail makes it fly awkwardly but with it's own labored grace. 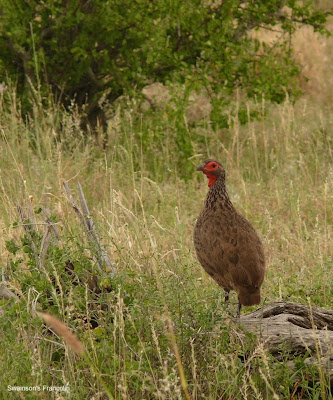 Swainson's Francolins are common chicken-like birds of the grasslands. We saw many more of them in Kruger Nat. Park. 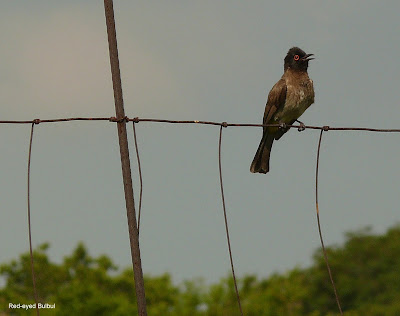 Suikerbos is the only place I saw Red-eyed Bulbuls. 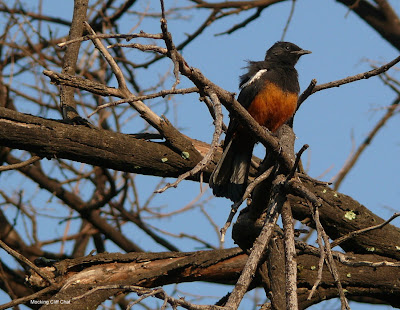 Mocking Cliff Chat reminds me of the White-rumped Shamas I saw in Thailand. 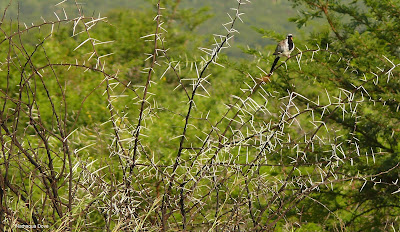 A strikingly beautiful dove. The male Namaqua Dove. The huge thorns belong to an acacia tree.
Suikerbos is also the first place I saw some of Africas famous large mammals. Baboons, Wildebeests, Zebras, Elands, Blesbok, and Springbok. They were all too far away for decent photos.
Posted by john at 4:03 PM

thank you for sharing the birds you encounter on your journey. It is wonderful that you find people with the same interests around the world who are willing to share their special birding places with you. Now I suppose you have lots of reference photos to work from.

Birdingpal is a great resource for travelling birders to meet local birders. It's a pleasure to join the world birding community.
On this trip I filled up 7 memory cards. Thats 3200 photos, and I deleted many photos as I went along to save space. I would love to use the photos to paint many African subjects. First I have to find a market for them. That's a real challenge these days.