Other than Kruger N.P., St. Lucia was my favorite part of South Africa. It's a laid back, little town on the east coast. The area is the closest thing there is to rainforest in the country. A river runs through town that is full of hippos, and crocadiles. Red Duikers, and Banded Mongooses run through the streets, but the abundant birdlife is what attracted me most. 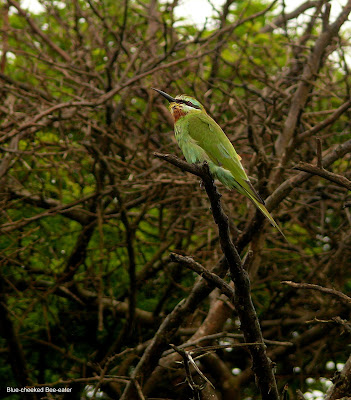 A common bird in St.Lucia is the beautiful, Blue-cheeked Bee-eater. 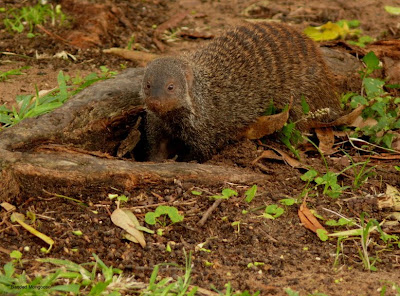 Banded Mongooses like to travel in groups. This individual is no exception, it's cohorts were so hyperactive, they would not sit still for a photograph. They remind me of ferrets. 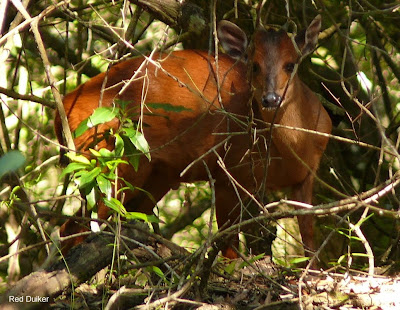 Duikers are another species of small antelope. In Kruger I saw Gray Duikers, and in the Dzlinga Forest I saw Blue Duikers. 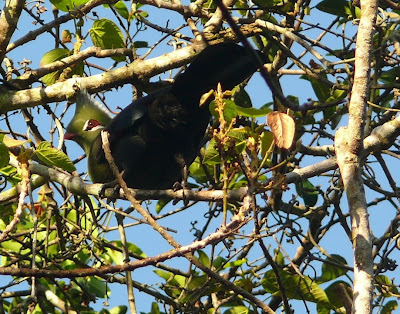 The number one target bird species I had in mind before coming to South Africa was the Green Turaco. I was happy to see Purple-crested Turacos in Ndumo, but I was really anxious to see Green Turacos in St. Lucia. On one magical morning in a forested park in the middle of town, I saw a medium-sized bird fly into a nearby tree. It was the elusive Green Turaco. It was soon joined by a companion, and I had to use a lot of patience just to get a few mediochre shots of one of them. 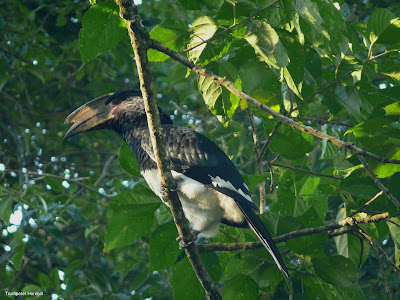 I first saw Trumpeter Hornbills in Ndumo. Those birds were so wary that I could not even get a distant photograph. Right after photographing the Green Turaco I turned around to see a large bird fly into another tree. It was followed by another, and another. Six in all, Tumpeter Hornbills. They had little fear of us, and allowed us to take many photos. We saw many other great birds on that morning like, African Broadbill, Narina Trogon, Lemon Dove, and Natal Robin Chat. 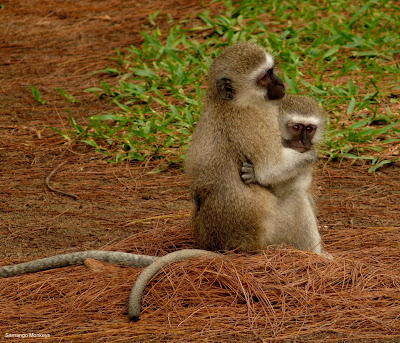 North of St.Lucia is the extensive Isimangaliso Wetlands Park. One of the endangered inhabitants of the park is the Samango Monkey. They look just like Vervet Monkeys to me, but have a very restricted range. They are certainly not hard to find in the park campgrounds. 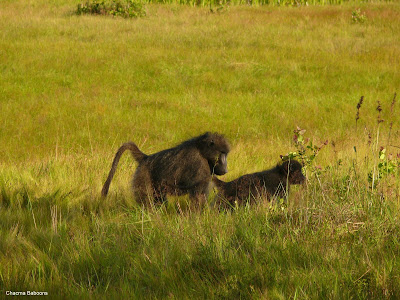 Chacma Baboons are common in much of Africa. 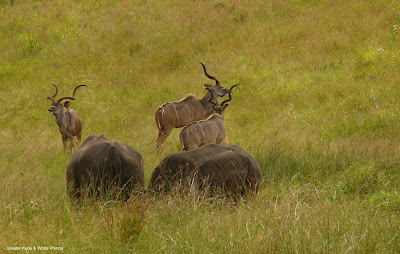 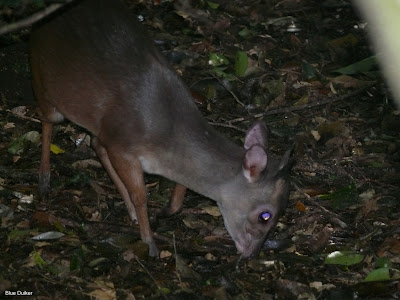 This Blue Duiker was photographed in the Dzlinga Forest south of St. Lucia.
Posted by john at 10:41 PM

It is wonderful to be able to view these photos, thank you John as I will not be able to see these sights in person I quite enjoy seeing and hearing of your travels.

Teresa, I am happy that these Africa reports are appreciated. I love to follow exotic trips that other people take. Five years ago my health was so bad that I thought I would never travel again. It has been a long ordeal to be able to get around again. I hope things improve for you as well.