The 8th Wonder of the World

While I was planning my trip to Peru, I knew I wanted to visit the Andes and the Amazon. It would have been rewarding enough just to spend my month long stay in those two regions. However I read a brief description about the Islas Ballestas, and I knew I had to make time to visit there.

Since I was going that way, I decided to include visits to Nazca and Paracas because they were in the vicinity. They turned out to be better than the Andes and the Amazon.

It was easy to arrange a visit to the islands because everyone who comes to El Chaco goes to the Islas Ballestas. The tour operators pile groups of tourists into open boats, (about 20 people per boat), and wisks them out to the islands. It is inexpensive to travel about 10 miles to the guano covered islands. 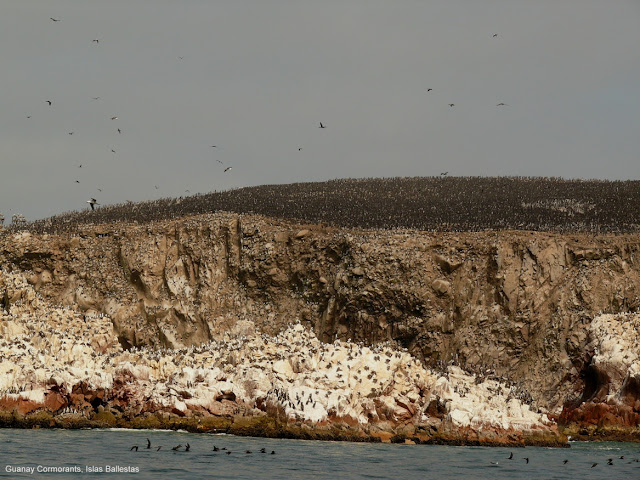 As our boat approached the islands, the rocky cliffs appeared to undulate like a living thing. They were covered with MILLIONS of seabirds. 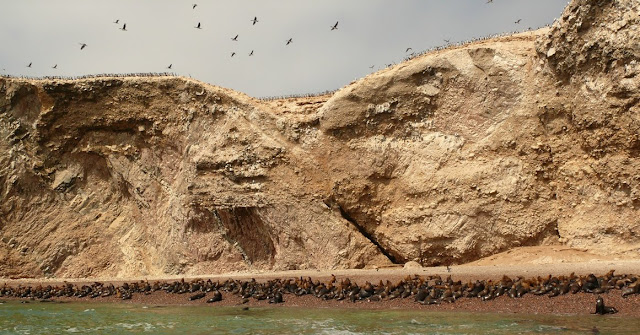 The beaches held tens of thousands of sea lions. The sound of the birds and sea lions was nearly deafening, and the smell was almost overwhelming. 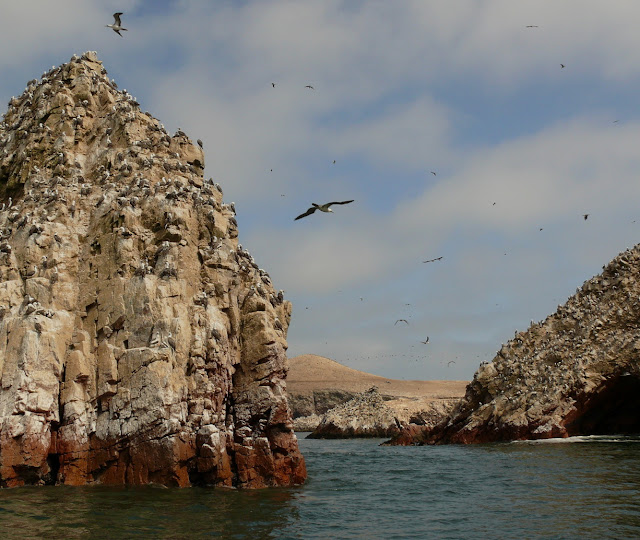 Every available space seemed to be occupied by a bird. There was a myriad of sea creatures just beneath the surface of the water.

Inca Terns cling to the cliff near the tideline. 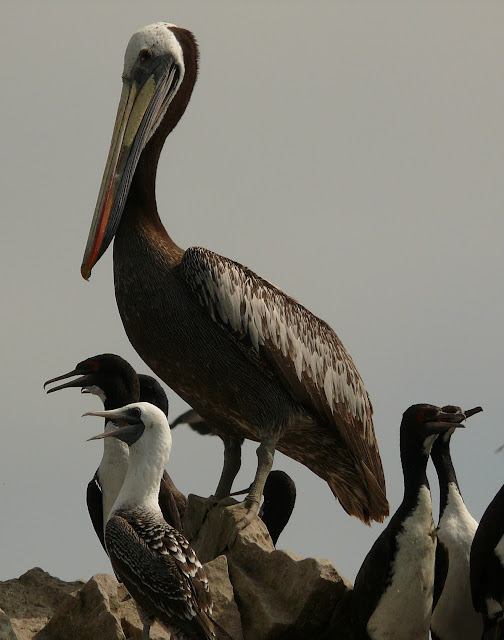 The Peruvian Pelican looks nearly identical to the Brown Pelican, but is much larger. Here it dwarfs some Guanay Cormorants and  Peruvian Boobies. 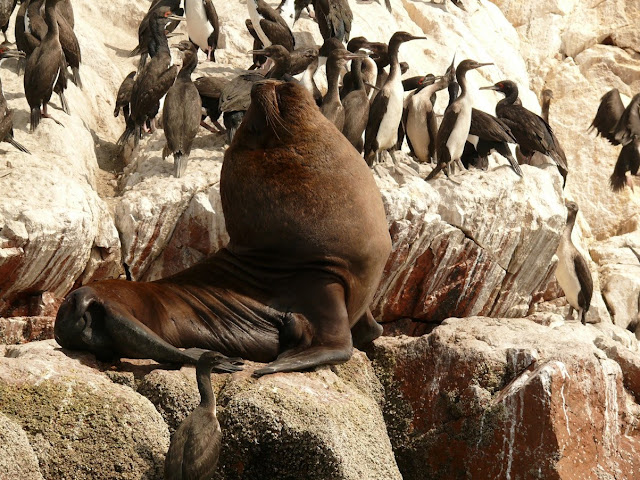 A sea lion bull with a swollen neck during breeding season. 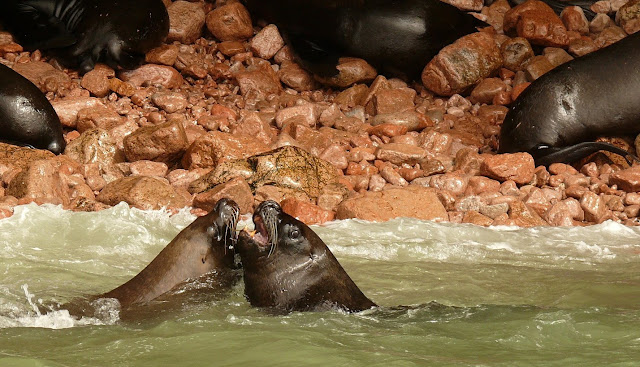 Playing in the surf. 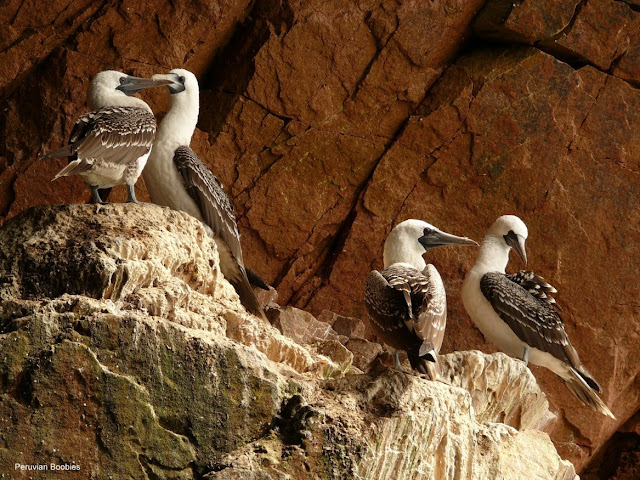 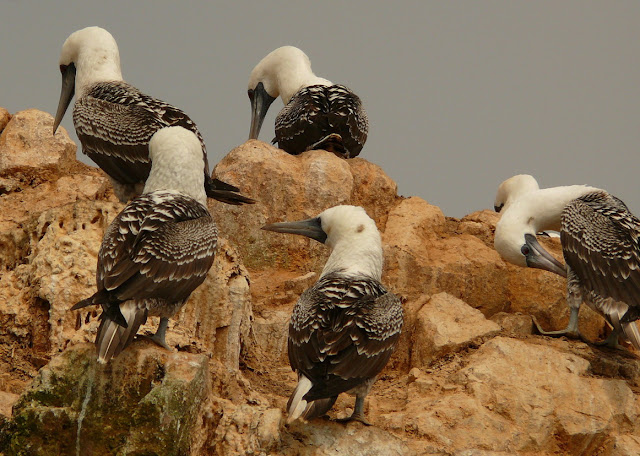 Yet more Peruvian Boobies. They were second in abundance only to the more numerous Guanay Cormorants. 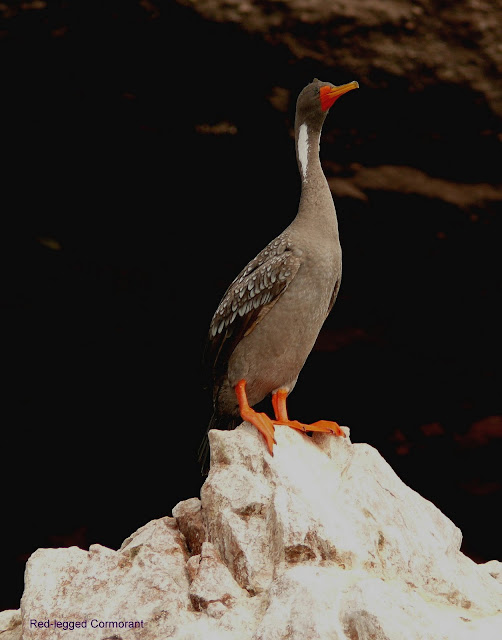 Red-legged Cormorants are colorful and scarce. 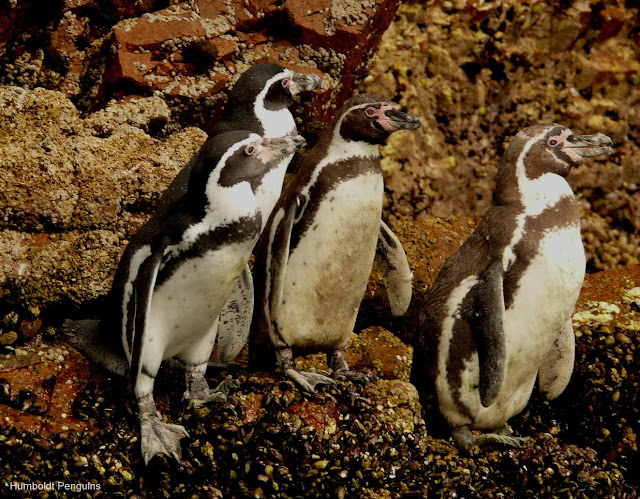 The main thing I hoped to see in the Islas Ballestas were Humboldt Penguins. I was not disappointed. 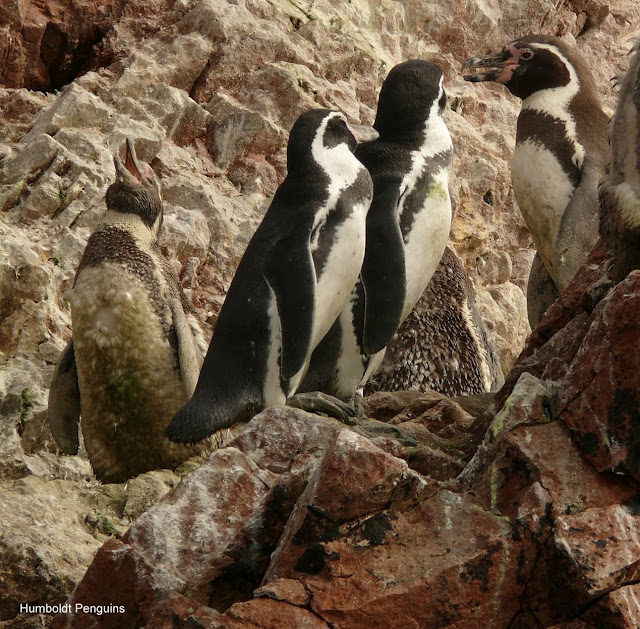 Many of them were in the process of moulting their feathers, like the individual on the far left.
I was there in February, and at other times of the year, there is an even greater diversity of species. This place was far more interesting to me than even Machu Picchu. It was a very gratifying day.
Posted by john at 10:19 PM