A Birding Smackdown and a New Painting

First I should mention that I moved from my home of 13 years in Eagle River. I was renting that place. My landlord, who was a very good man, lost his battle with Colon Cancer and his widow could not keep up the payments on the building. So the bank foreclosed and ordered the building vacated. I thought I was safe since I was a reliable rent payer. It made no difference, so I was out.
Now I live in a bigger place in Anchorage. It is near a nice, forested park that will be fun to explore when I find the time.

Yesterday was the day of the annual Westchester Lagoon Smackdown, sponsored by Anchorage Audubon. I joined the five woman, one man, (me), team called, Twisted Listers. Our goal was to get every member of the team to spot, or hear as many bird species as possible within a designated area around Westchester Lagoon, (which is my favorite local birding hotspot).

This time of year is nearing the end of the season for bird migration. There were still some Short-billed Dowitchers, and Hudsonian Godwits,(top photo), but most of the local Lesser Yellowlegs had been replaced by these Greater Yellowlegs. 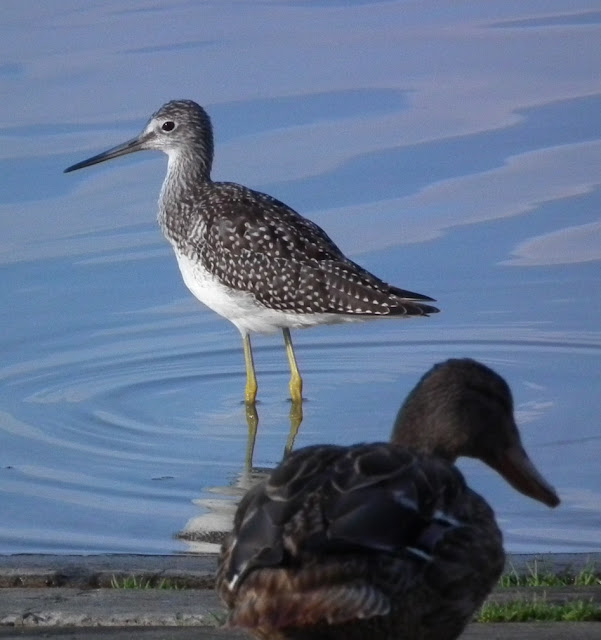 They are already in their winter, (basic) plummage. 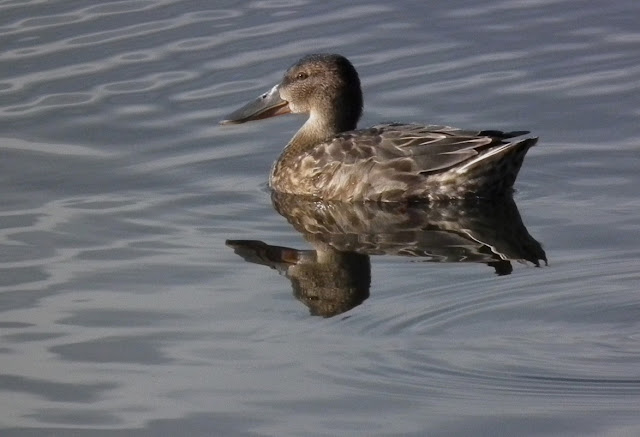 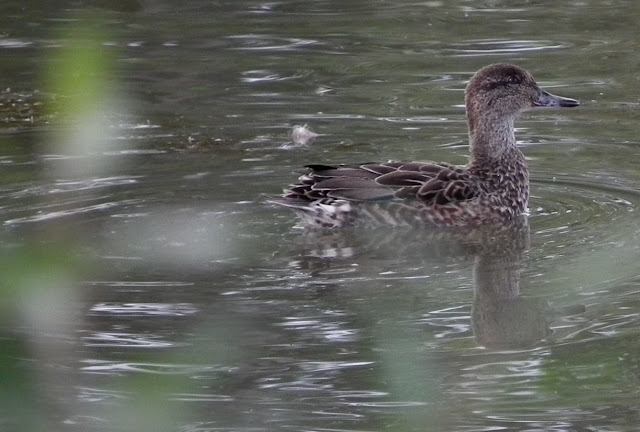 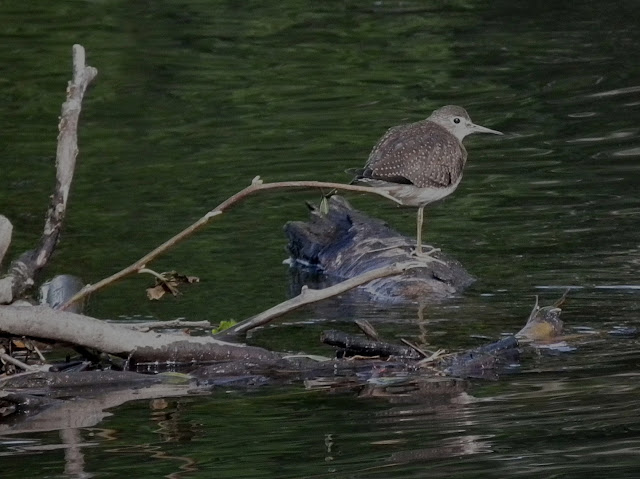 This is the only Solitary Sandpiper I have ever photographed. They are not common in this area. 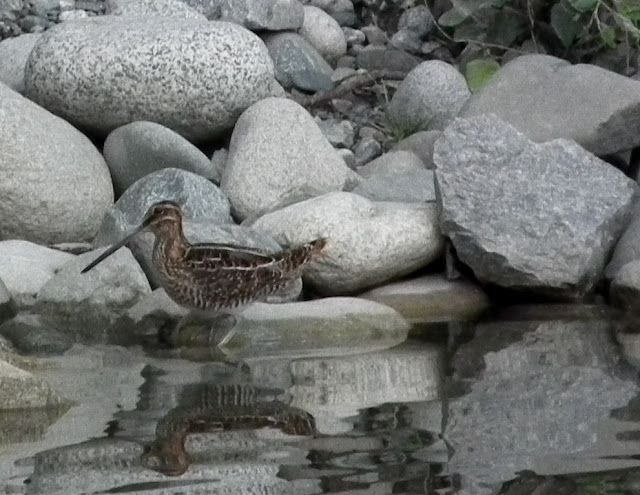 There were about 15 Wilson's Snipes at the lagoon. That is the most I have ever seen together in one place. 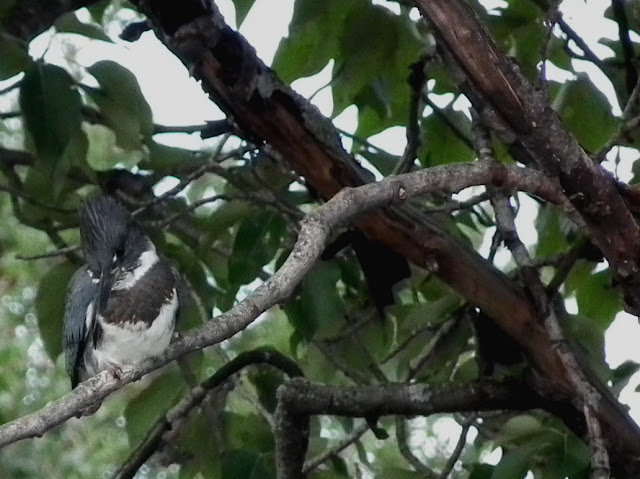 We also saw 4 or 5 Belted Kingfishers near the snipes. a family no doubt. 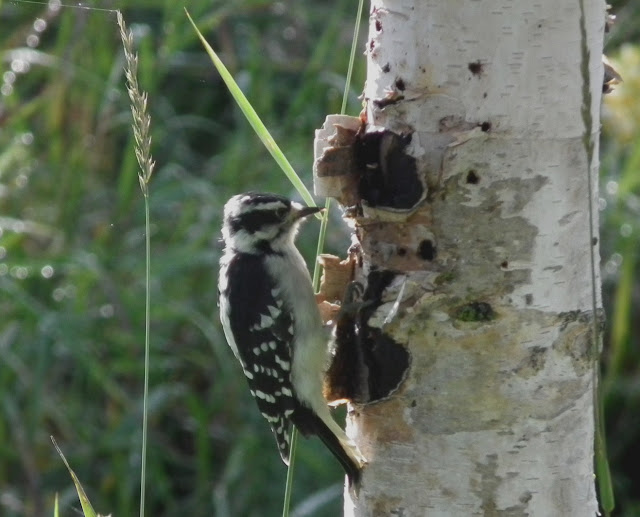 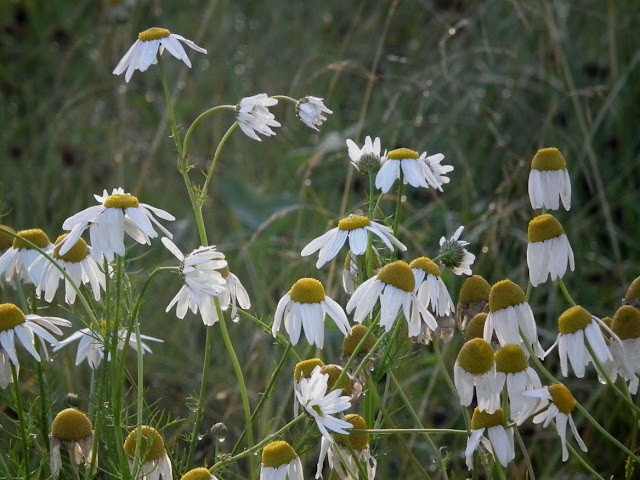 Are these Daisies? Anyway we saw a total of 42 bird species which is pathetic in many areas, but good enough to take second place this far north. I went home loaded with loot. Prizes like microwave popcorn, tote bags, and a cd of Alaska Bird Songs which will come in handy. 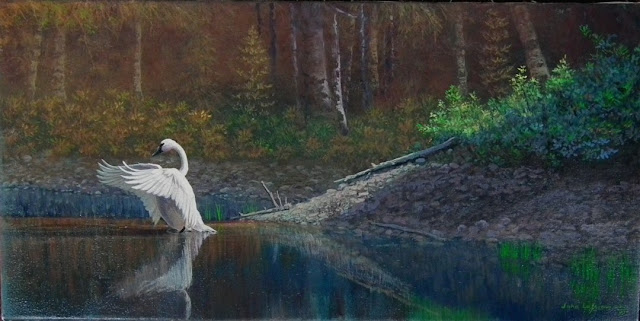 This is not really a new painting. I have been too busy with the move, and adjusting to a new home that I have found little time to paint. I just made a few alterations on an old painting called, Trumpeter on Gwen Lake, 12x24". I suspect that this painting is still not finished.
Posted by john at 7:20 PM