Paracas and It's Oystercatchers 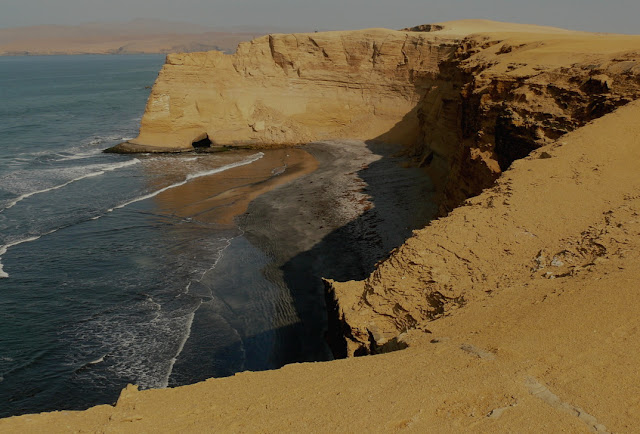 Paracas National Park just south of El Chaco is known for three things. It's rugged coastline, it's yellow soil, and it's many fossils.

Most visitors to the park arrive in buses as part of an organized tour. I hired a local taxi for the day, but some people visit using their own transportation. This man rode in on his motorcycle. 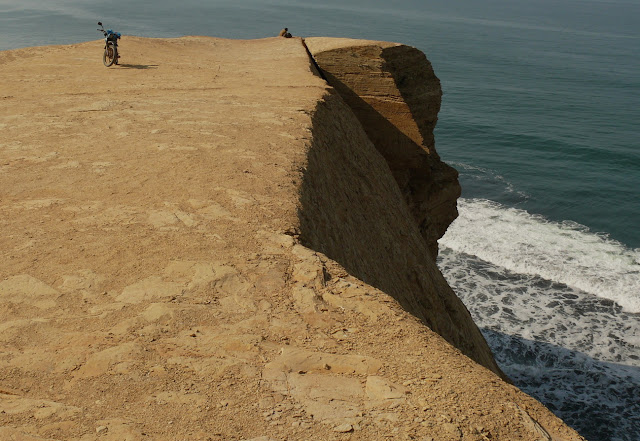 Many people camp on the beach. This man enjoys the view from the clifftop. 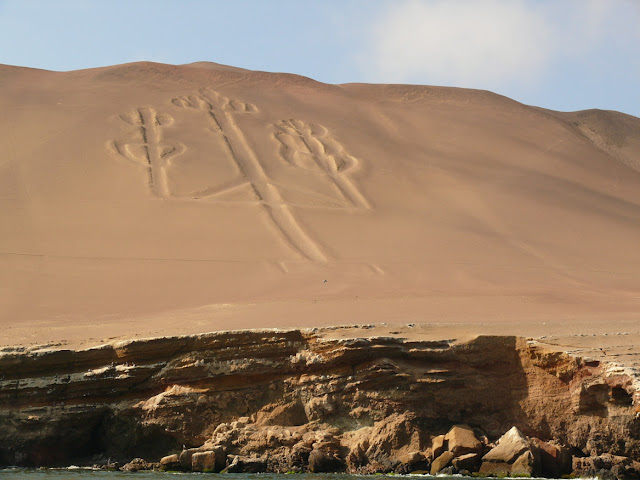 Ancient peoples made this mysterious symbol on a hillside above the sea. It is called, The Candelabra. Some scholars think it represents a cactus or a tree although there are niether of these to be found in the park.
My guess is that it's a Tree of Life symbol, that is common to many cultures. This particular hillside is sheltered from the wind, and NEVER gets any rain. There is not a drop of fresh water to be found anywhere in the desert.

There are many shorebirds and seabirds along the coast. I liked the patterns in the beach sands. These are American Oystercatchers. 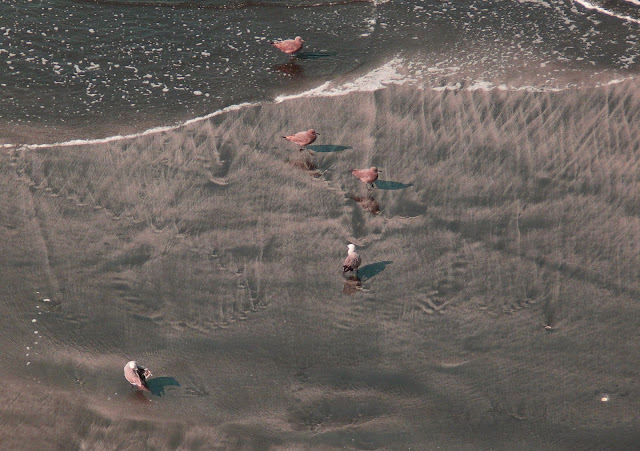 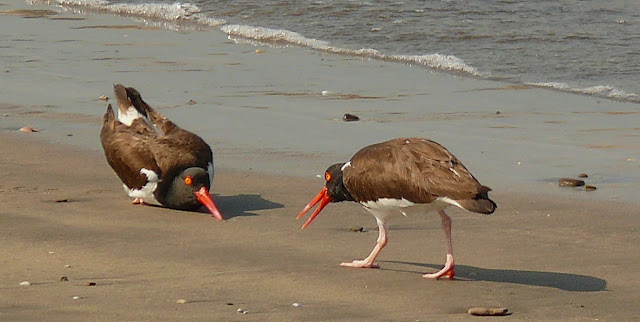 Two American Oystercatchers display to each other. 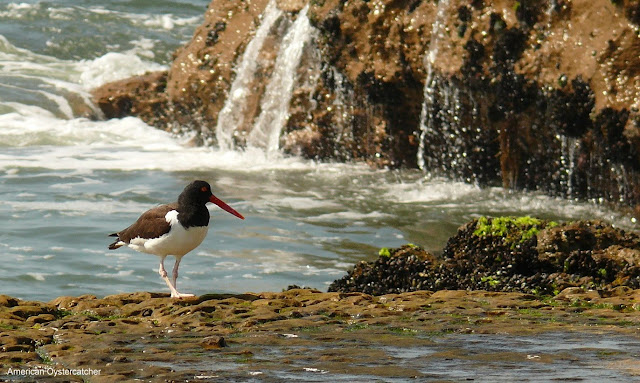 There are some interesting tidepools to explore. 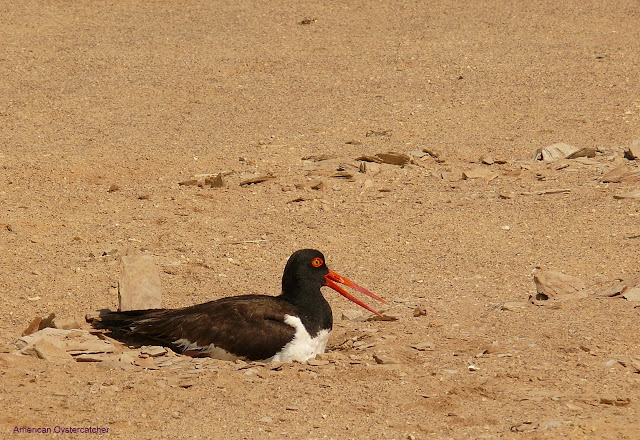 An Oystercatcher nests in the desert well away from the beach. 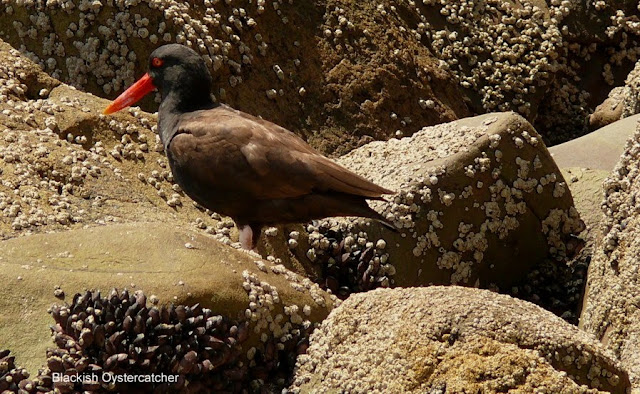 There were lots of terns in the area as well. 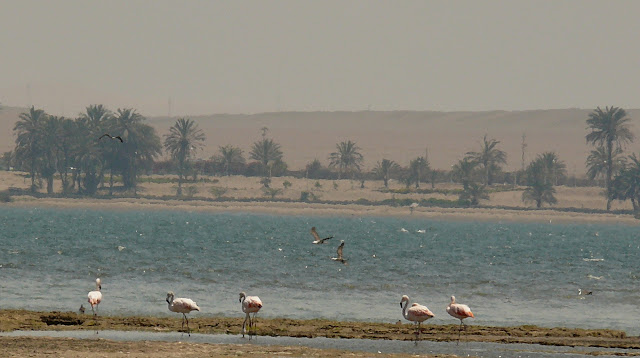 My first wild flamingos, Chilean Flamingos. There was a barrier that prevented me from getting any closer. It was placed there to keep people like me from disturbing the birds. The flying birds are Peruvian Boobies.
Posted by john at 11:11 PM