Most of this Summer has been cool and rainy. Today is no exception, but for several days before today we had wonderful sunshine. On Wednesday I was enthusiastically beginning a nice Macaw painting, but the weather was so nice, I knew I could not stay indoors.

First I did my usual route along the Coastal Trail to Westchester Lagoon. The mudflats were loaded with gulls, mostly Mew Gulls plus a few Bonaparte's, and imm. Arctic Terns. Westchester had a few Mallards and Red-necked Grebes. That's about it.

In a small pond beside the lagoon there was a group of about twenty Short-billed Dowitchers, all in their winter plummage. The yellowlegs and other shorebirds were already absent. 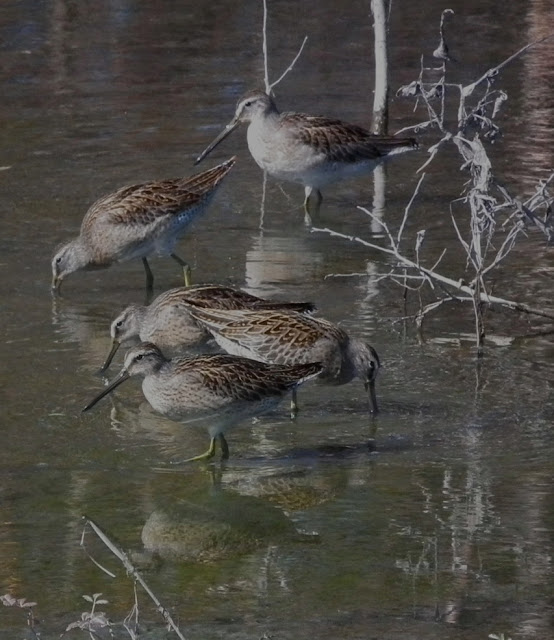 These birds came much closer to the busy trail than dowitchers usually do. The strong sunlight made a harsh contrast between the light toned dowitchers and darker water. 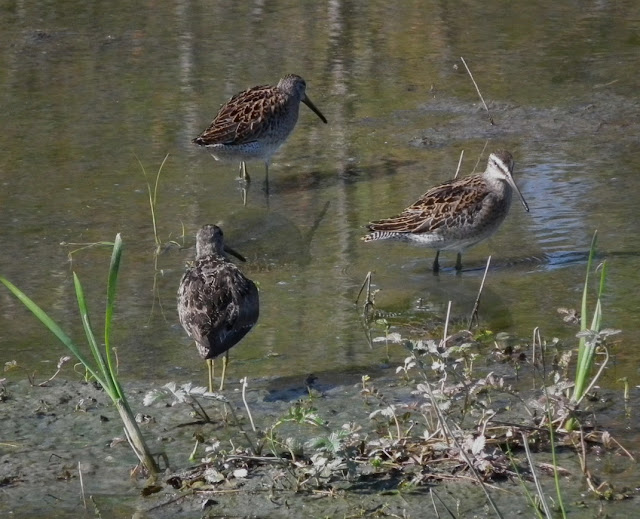 I shot about 70 photos and could have kept going. If I had arrived early in the morning, I could have gotten more pleasant photos. 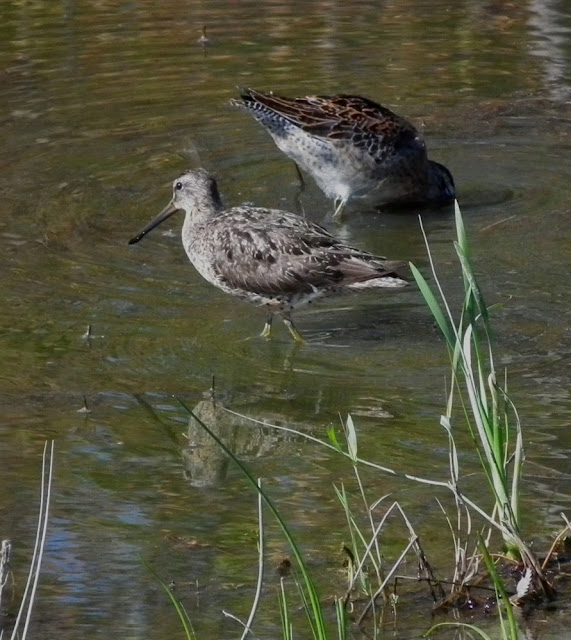 Two small peeps flew past. Too far away to identify. 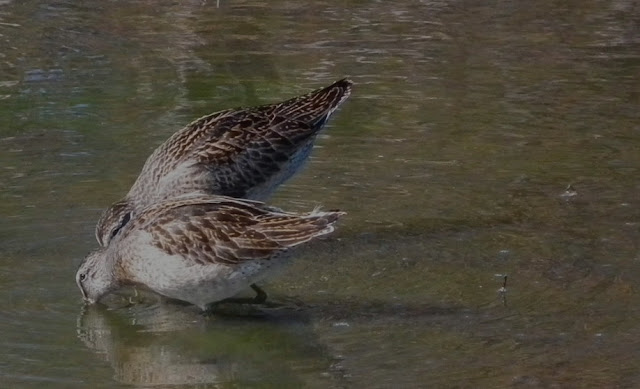 I spent a lot of time playing with the brightness and contrast tools in my photo editing program. I could not eliminate the washed out look of the birds. 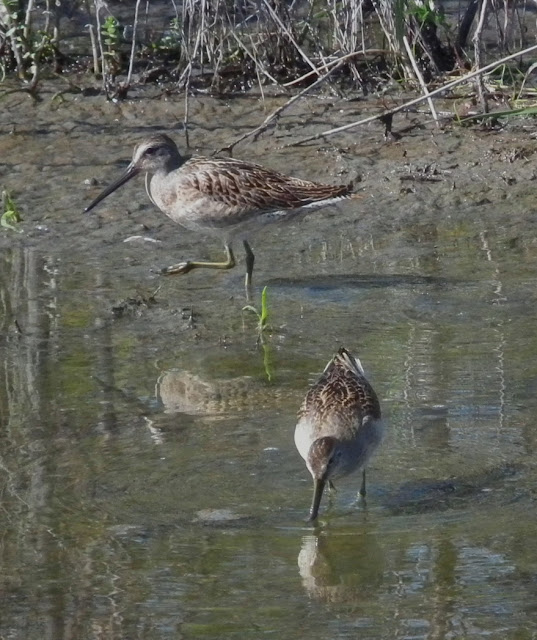 There were not many birds in the forest along Chester Creek Greenbelt. Spenard Crossing had a few Greater Scaup and Green-winged Teals.
In the evening I rode my bicycle through Russian Jack Park. Usually I have the place almost to myself, but because of the perfect weather, it was crawling with people. Many of them were part of a university orienteering class. I was not happy to see so many people tromping offtrail through the fragile forest. That is my priveledge, but everyone else needs to keep on the trail.
Posted by john at 2:45 PM