A gallery owner suggested that I do a triple painting, (I think it's called a triptich), on wrapround canvases. I've never done a triptich, nor used a wraparound canvas. I'm not sold on either thing, (too gimmicky for my curnudgeonny tastes).
She also sent me a few landscape photos that her nephew had taken in Northern Arizona, and asked if I could use them to come up with a composition. Only one of the photos really inspired me, and I felt that adding some Elk would complete the scene. Each canvas is 10x10". The advantage of wraparound canvases is that the artist paints the sides as well as the front of the canvas, and the completed painting does not need to be framed. 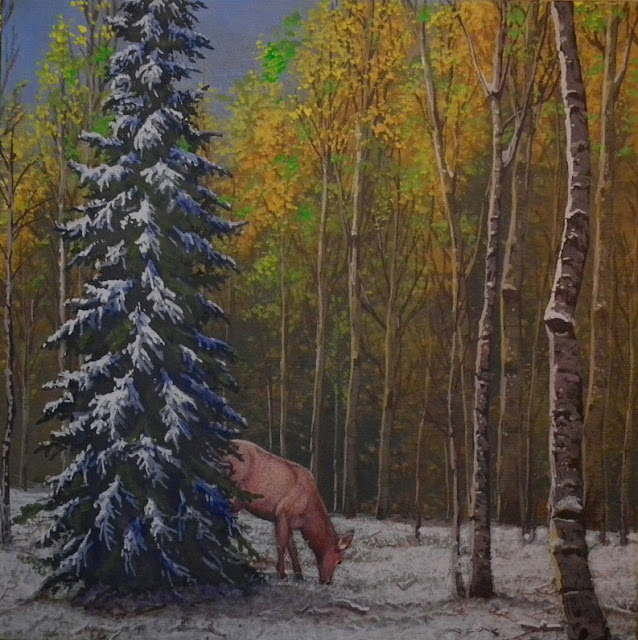 Canvas one, left hand side.. 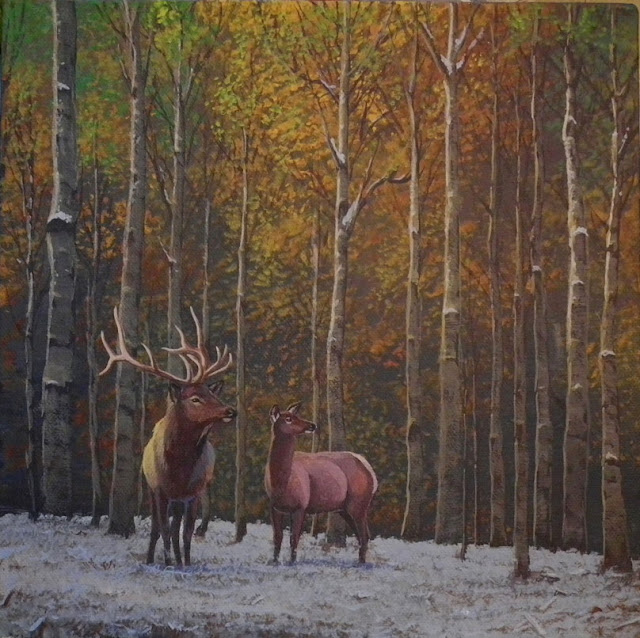 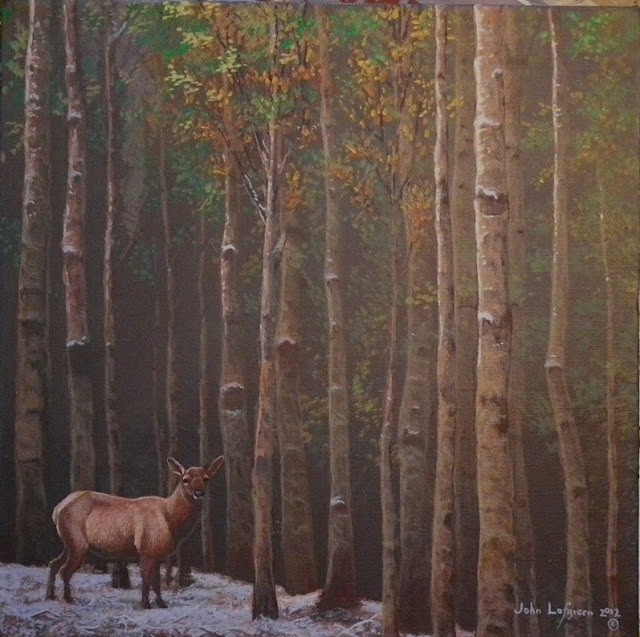 Canvas three, far right. This is certainly not my best work. If it sells fast enough, I may do more wraparound canvases. 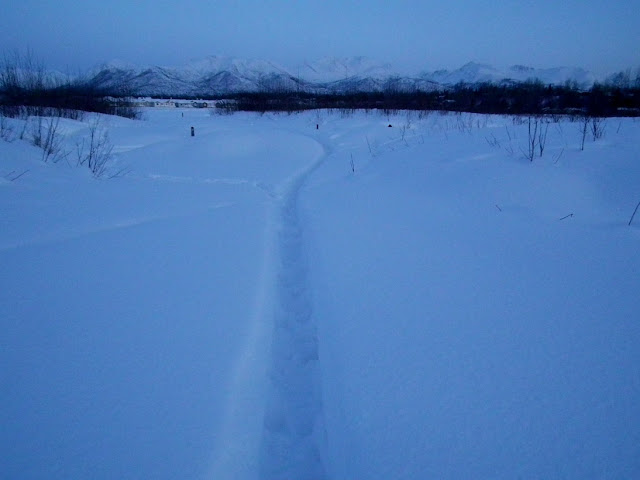 Before dinner I took a stroll into the field next door. I'm glad that others have blazed a trail through the deep snow. 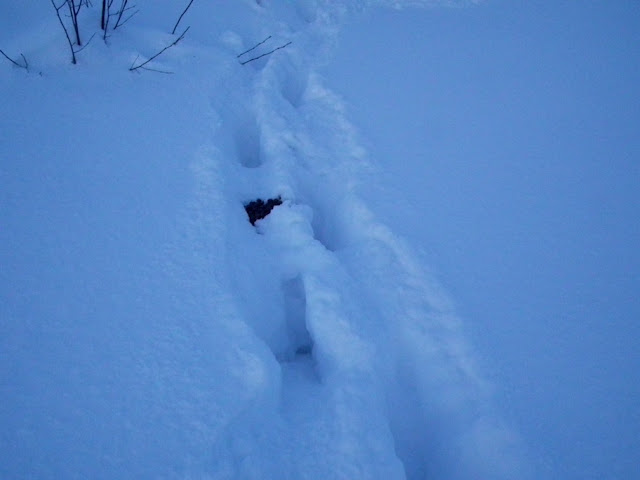 The human trail soon intersected with another trail. A suspicious dark spot in one of the tracks gave a clue as to who made the tracks. 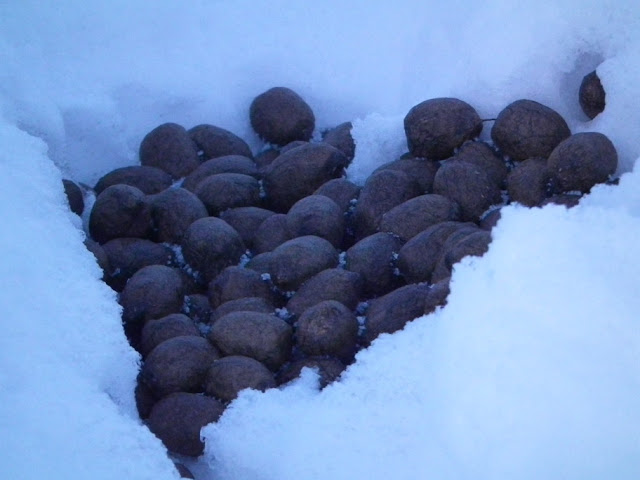 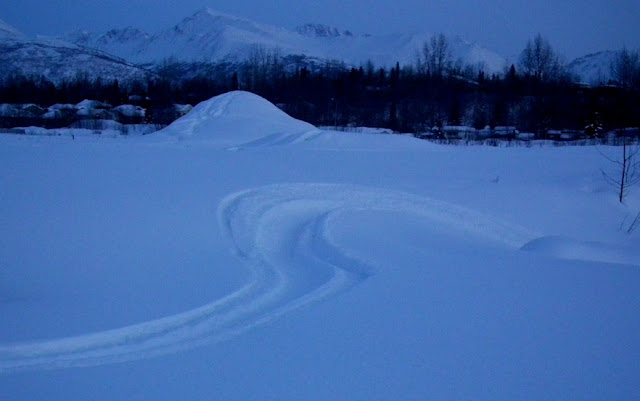 Next, I found some different tracks, from a snowmobile. They are called snow machines in Alaska. 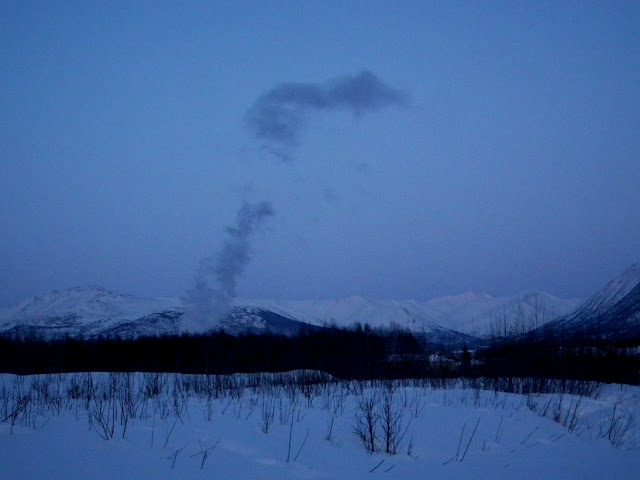 The smoke in the distance is actually exhaust steam from the powerplant that produces Anchorage's electricity from natural gas. 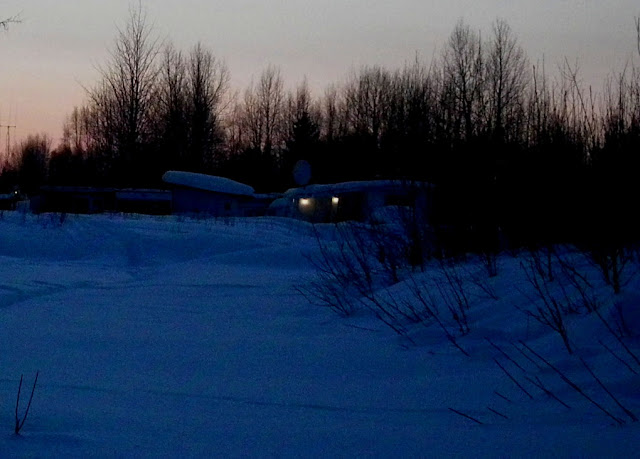 As it started to get dark I headed home to fix tostadas for dinner.
Posted by john at 11:22 PM

What a cool way to paint! I love triptychs and wish I could find a way to make a good looking one using pastels but it doesn't work well with frames.
Great detail in the forest...love those colors and the elk are so majestic.

Sorry for the re-post John but did you receive my PM?

Thank you for your comments Colette. One major problem that I discovered about wraparound canvases is that the paint rubs off along the edges very easily. With two dimensional paintings, that can be covered with a frame, but not with wraparounds. Did you get my reply to your e-mail about AFC?

Yes, I guess that would present a problem having the paint wear off on the wrap around canvas...yikes.

I got your email, thanks!