Bangkok is huge, and it is hot, hot, hot. It is also a modern, prosperous metropolis that competes with Singapore and Tokyo. It takes hours to travel from one end of town to the other. You can find pretty much anything there. Shopping and dining opportunities are endless.

On my last trip there, Wally, Gary, Pbum and I decided to do some birding in Bangkok's largest metropolitan park, Lumpini Park. We took a sky train there in the morning after a liesurely breakfast at the hotel. 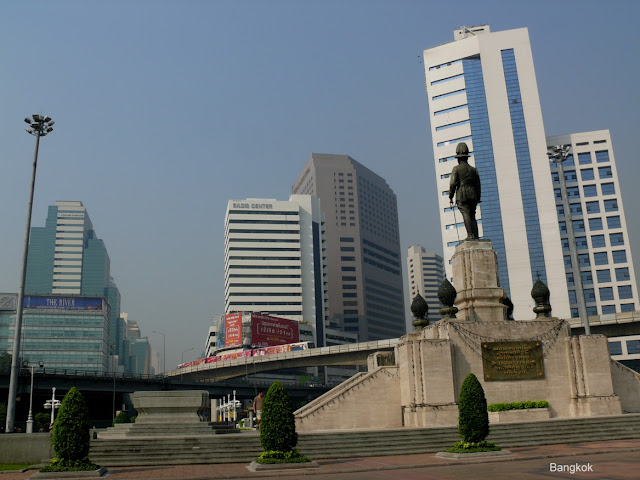 This is the grandiose entrance to the park, looking back the way we came. 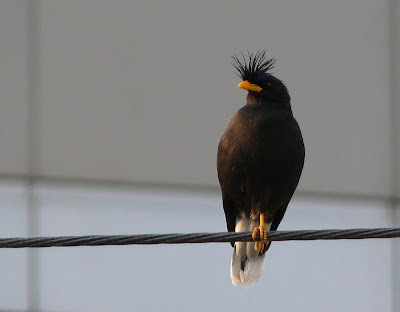 The birds in Bangkok are suitably coiffed in the latest fashions. This is a White-vented Myna. 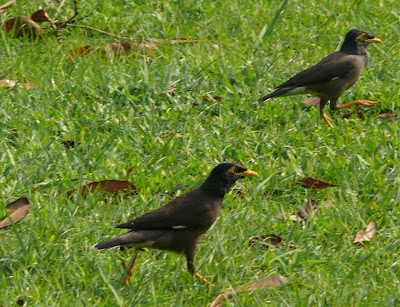 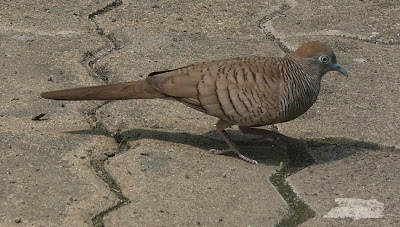 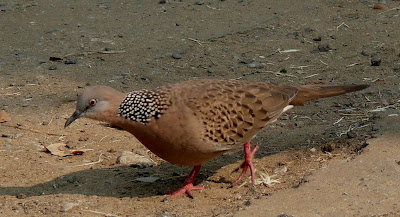 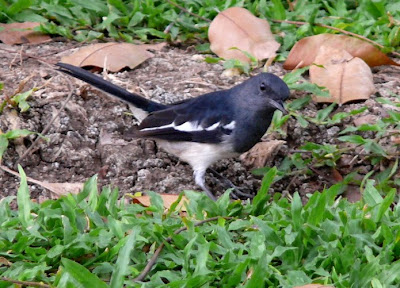 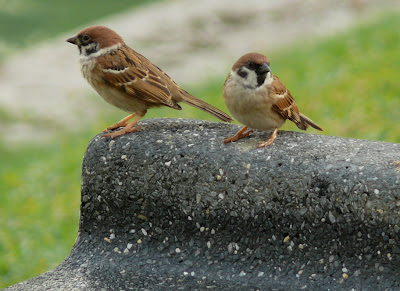 Eurasian Tree Sparrows are probably the most common bird in Bangkok. 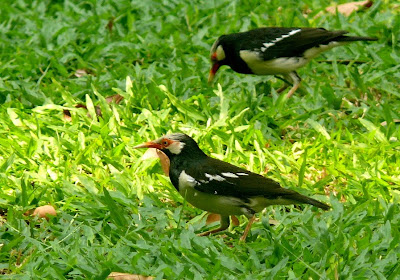 Asian Pied Starlings are one of many species of starling that occur in Thailand. 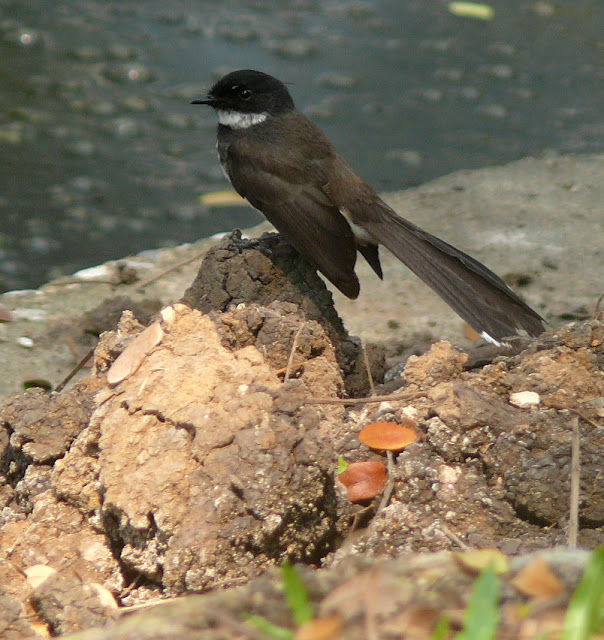 Pied Fantails are the most common of 7 fantail species in Thailand. Other birds we saw in Lumpini Park that morning were, Coppersmith Barbet, Olive-backed Sunbird, Black-naped Oriole, Common Iora, Streak-eared Bulbul, and Barn Swallow.

In the middle of Lumpini Park we found this man made lake. 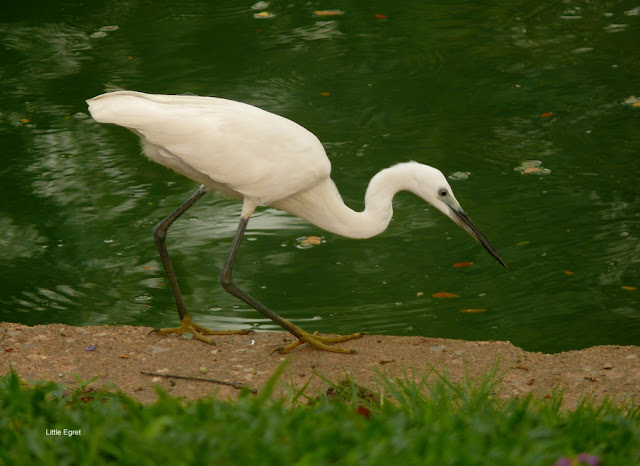 We saw this Little Egret, and a Little Heron there. 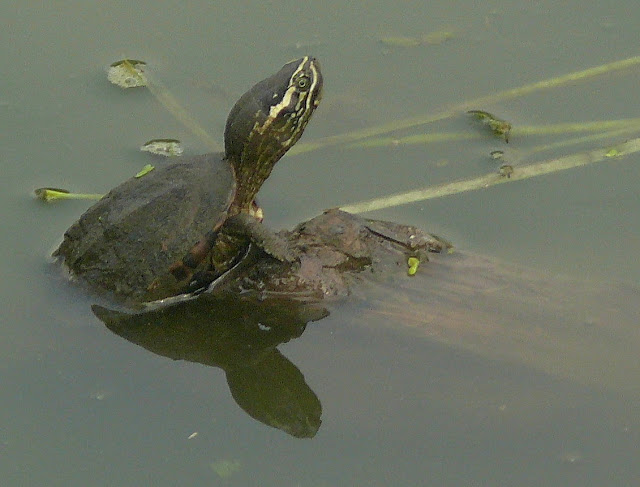 There were introduced Red-eared Sliders, and this native turtle, Rice Field Terrapin. 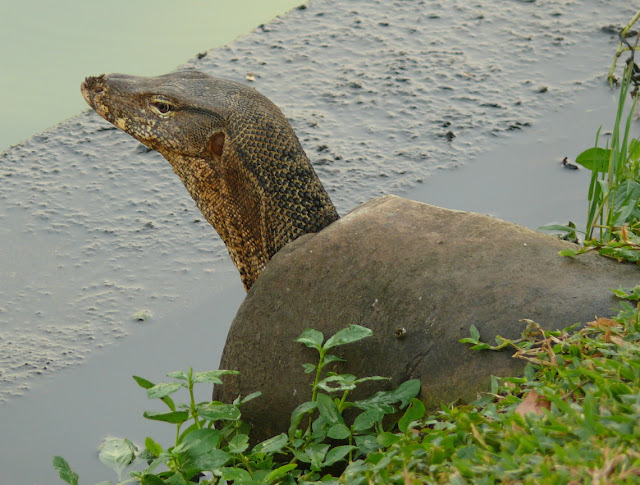 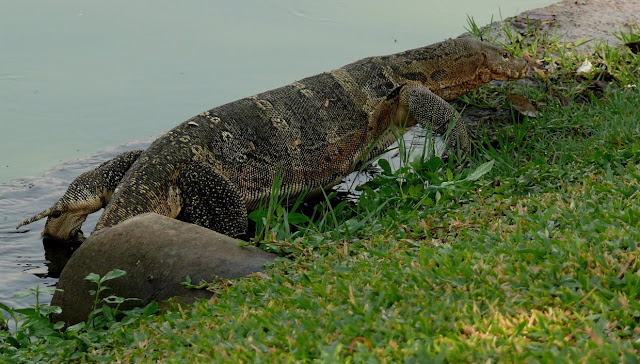 We watched as it slowly emerged from the pipe.

It slipped into the water.

It calmly cruised along the shore, first in one direction, then the other. 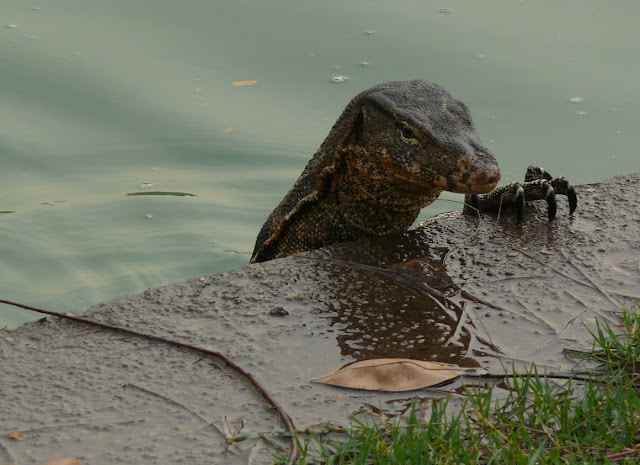 After a few minutes it emerged from the water. 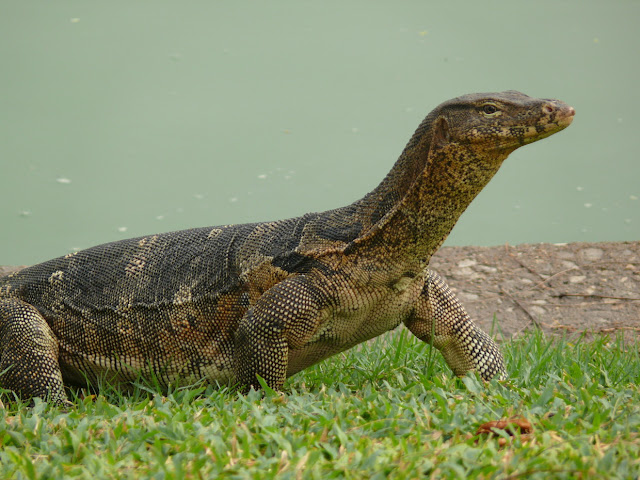 Jurrasic Park right in the city. It let us come to within about 6 feet of it, and showed no fear. We watched it eat several snails, hiding under fallen leaves. In fact, as we continued on our way, we saw several others, some up to about 8 feet long. They non-chalantly ambled past picnicing families with little fear. It turns out that Water Monitors are common throughout Bangkok, always near water.
Posted by john at 4:36 PM