When I moved from Lakeside, Arizona to Eagle River, Alaska back in 1997, some of the first people I met were Wally, and his Thai wife Micki. They invited me over for dinner often. That was the first time I ever tasted Thai food. Now it's my favorite, after Mexican food.

When Wally retired, they moved to Nakhon Phanom, Thailand, Micki's hometown. They invited me to come visit many times, and I have taken them up on that offer twice. Right now Wally is here in AK. and that is what has put me in the mindset of Thailand. So I will do several more posts about my last visit to Thailand. 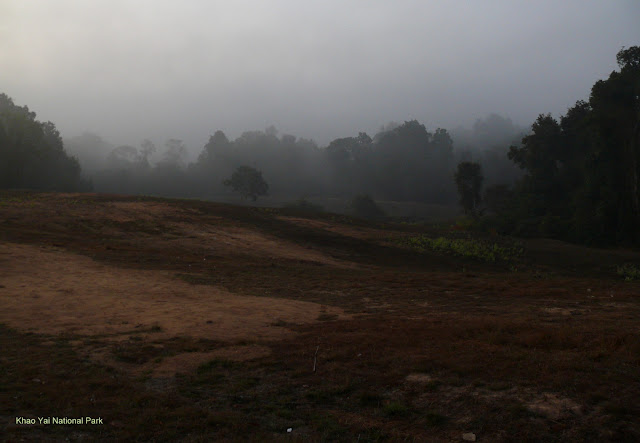 Pretty much everyone who visits Thailand comes to Khao Yai National Park. It is a few hours from Bangkok, and it gets many more visitors than any other Thai Nat. Park. It is in the mountains, and noticeably cooler than Bangkok. It is still plenty hot during the day.
In spite of the crowds of people, Khao Yai is still the best place in Thailand to see wildlife. The best birding is right around the busy park headquarters. 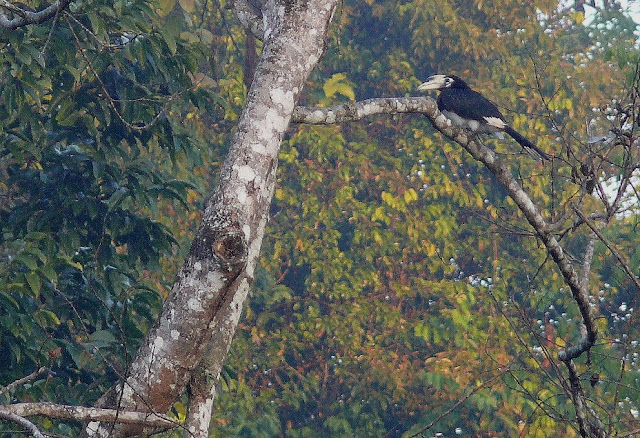 Asian Pied Hornbills are large, and spectacular birds. This is a female. 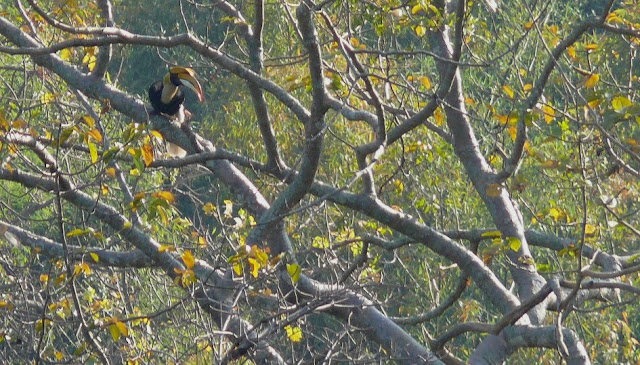 Even more spectacular than Pied Hornbill is the Great Hornbill. Khao Yai is the best place to see them/ 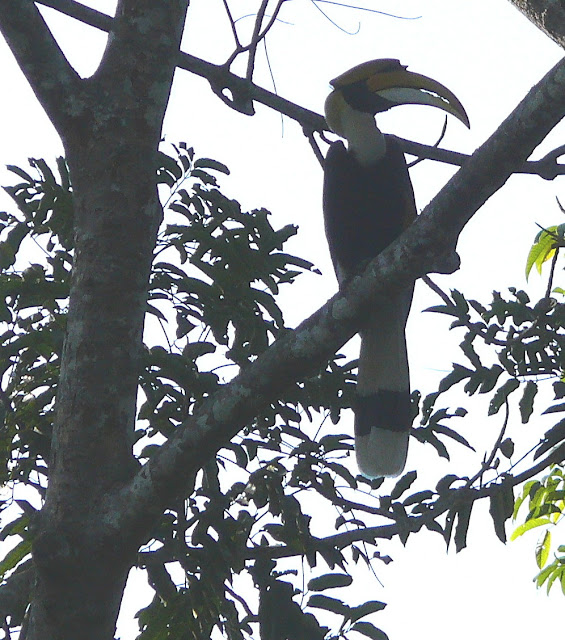 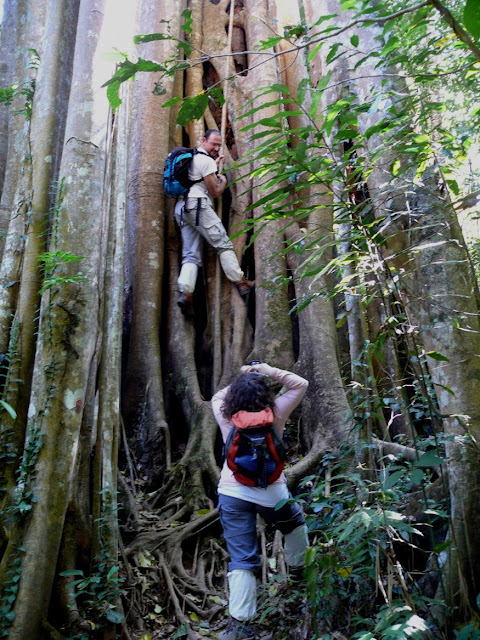 Doing the tourist thing. Notice the white leggings on these Spanish Tourists who joined us for a day. They are tick guards. I guess they work because we encountered no ticks. 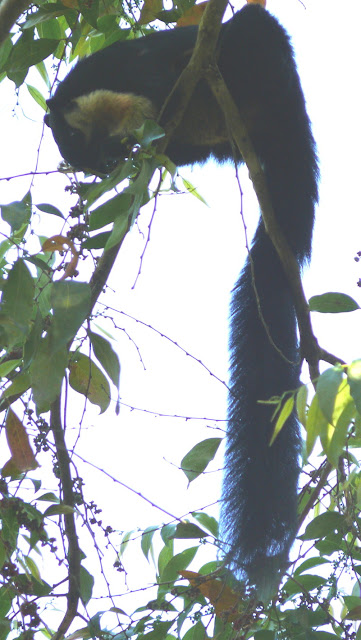 Giant Squirrel. This guy was the size of a Red Fox. 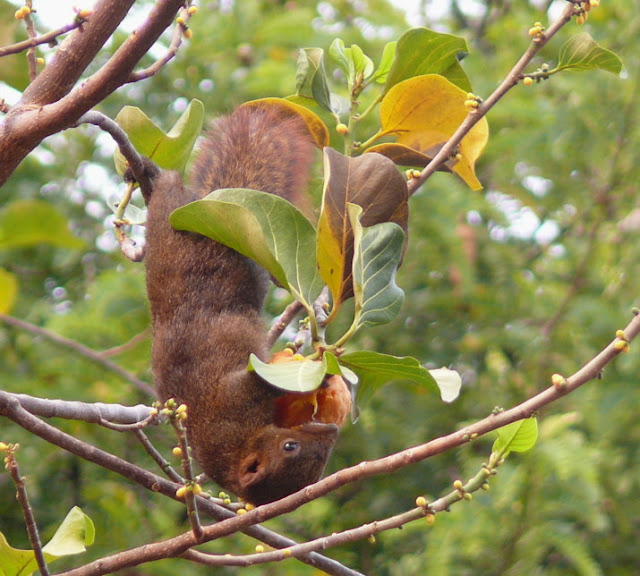 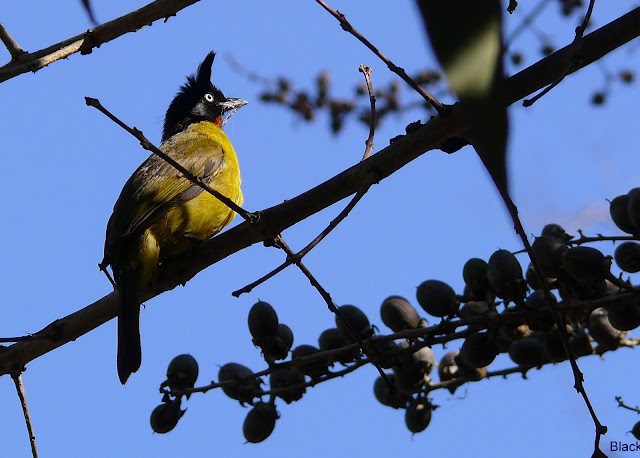 This Black-crested Bulbul has a bit of nesting material in it's beak. A pair of them were nesting next to the restaurant at park HQ. There are many species of bulbul in Thailand. We saw 12 species of them on that trip. 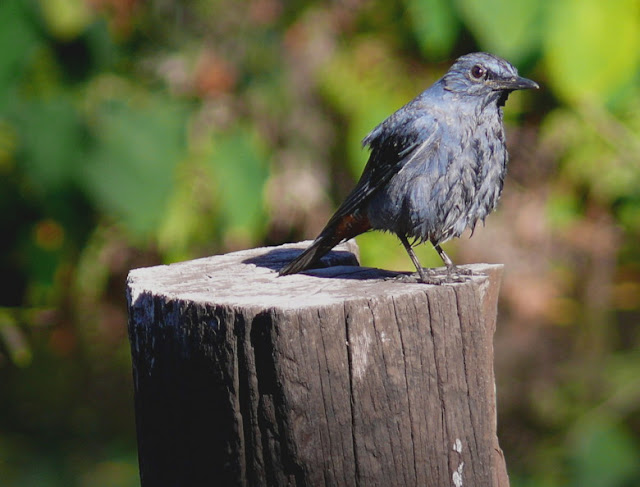 This male Blue Rock Thrush has just taken a bath in the stream next to the restaurant. We also saw a Black-winged Cuckooshrike, and Common Kingfisher amoung other birds as we ate breakfast. 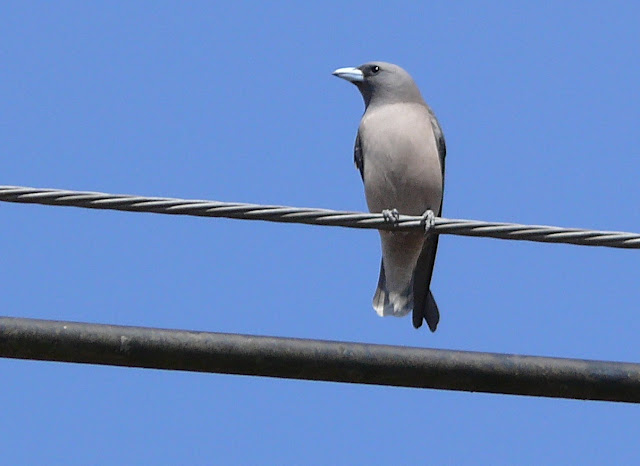 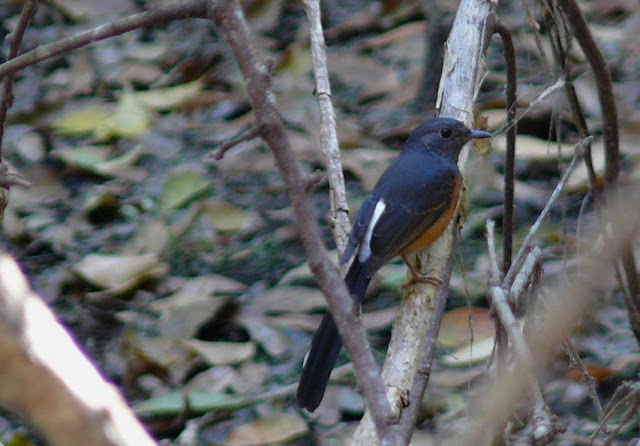 White-rumped Shamas are skulking birds with a beautiful song. They are often kept in small cages throughout Thailand. They have been introduced into Hawaii. 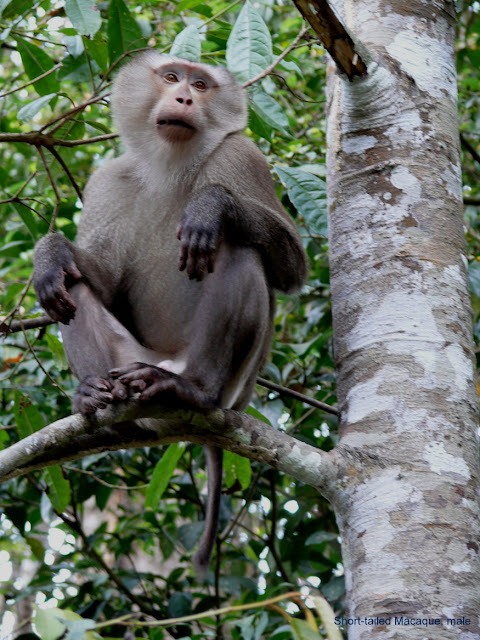 The dominant male Short-tailed Macaque sits on his throne, and behaves like the king of all he surveys. 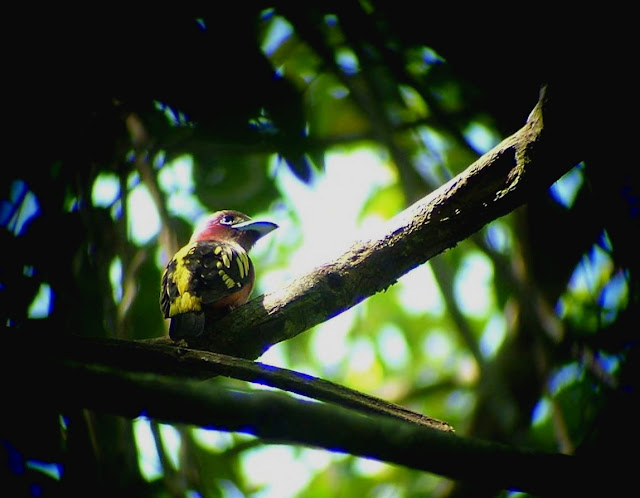 Gary took this digiscoped image of a Banded Broadbill. 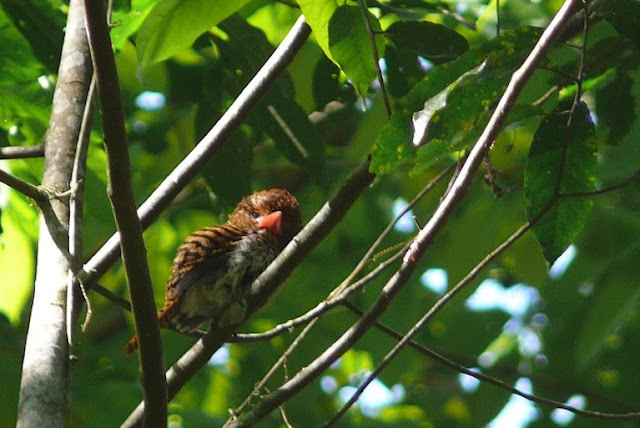 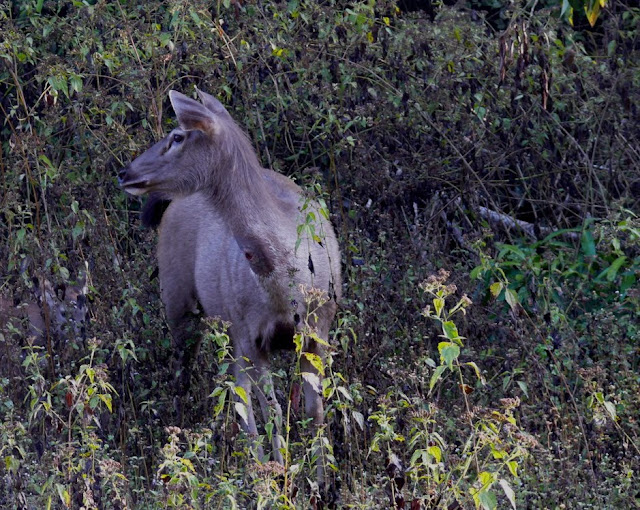 Sambar Deer are everywhere in Khao Yai. They are scarce elsewhere in Thailand. 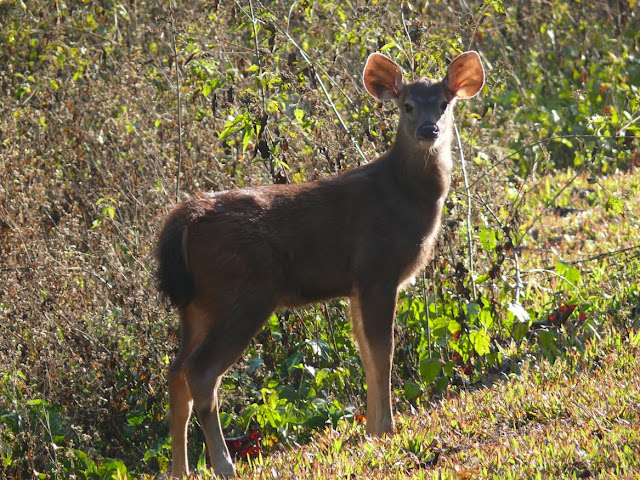 The fawn of the above doe. 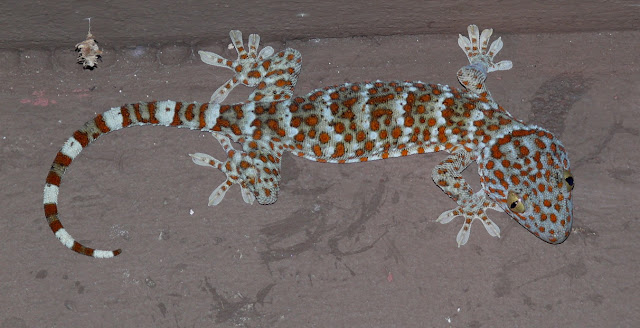 This Tokay Gecko was on the bathroom wall. They are one of the World's largest Geckos, and loudest. The generic name gecko, comes from this gecko, because of it's call. 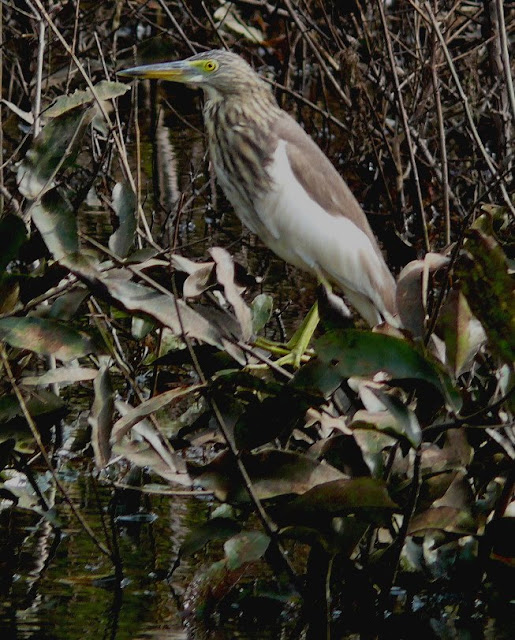 Chinese Pond Herons are very common throughout Thailand.
Posted by john at 10:27 PM

I so love viewing all your wild shots from around the globe, so wonderful to see the similarities of some species as well as the truly different species from what we encounter here.