When I was 10 or 11 and living in Carpinteria, Ca. my friends and I made tentative forays into the mountains above the town. This was the Los Padres National Forest. Not really forest, it was Chapparal habitat. We followed the boulder strewn streams up into the rugged hills and seldom encountered other people.
Those coastal mountains were loaded with wildlife, mysterious caves, and beautiful waterfalls. All this had a profound effect on my young personality. How I grew to love those mountains. They were sacred to me. I felt such a strong connection to them that I thought of them as belonging to me, as I belonged to them.

Since then I have felt similar affection for all the mountains, and any natural area that I have visited.

Here in Alaska, my mountains are the Chugach Mountains above Anchorage. I have mentioned them in numerous blog posts, and I expect to continue doing so. Right now is the time that termination dust is appearing on the mountain tops. This dusting of snow is called termination dust because it signals the termination of the Fall season. The above photo was taken last evening out my back window.

Only a few buildings are visible in this photo from last evening, but a good swath of Anchorage lies between my window and these mountains. That's because I live at the very edge of town near a military base. 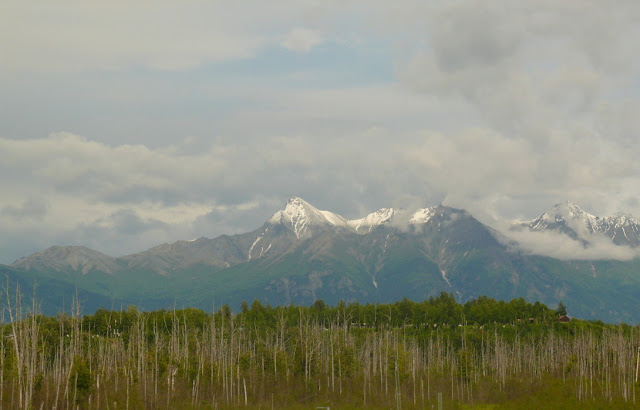 Another view of the Chugach Mountains near Palmer Alaska. 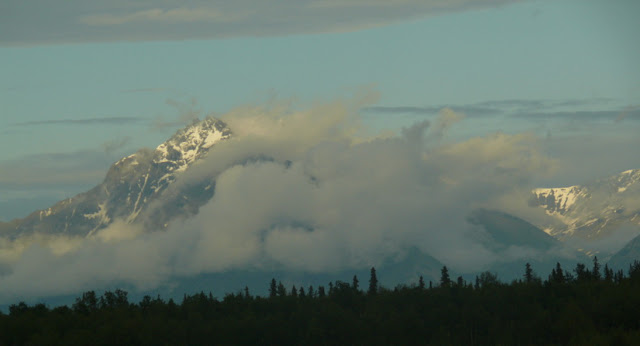 The mountains enshrouded in clouds.

These photos were shot along the Knik River bottomland. Moody, ominous, and heartbreakingly beautiful.

King Mountain and the Matanuska River. 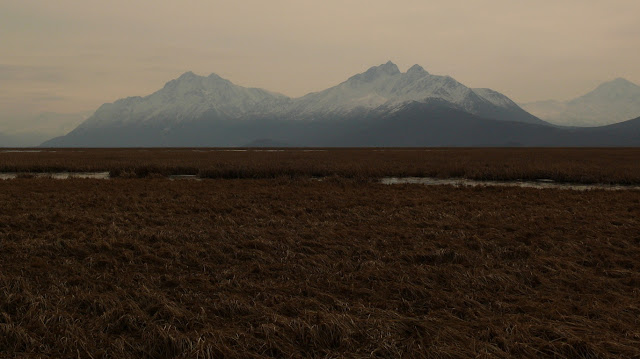 The Chugach Mountains from the Palmer Hay Flats, which are an important stopover for migrating waterfowl and shorebirds. They are a protected wildlife refuge.

The best known of the many peaks in the Chugach range is Pioneer Peak, which dominates the landscape around Palmer. People who are in far better physical condition than me, climb the peak in one day. 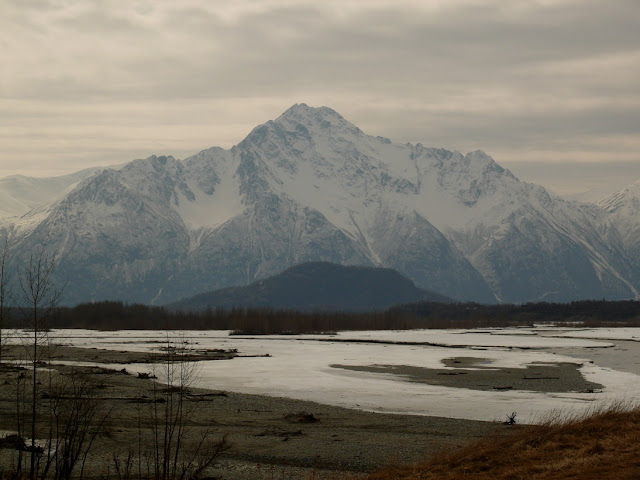 In this photo, Pioneer Peak looms above the Matanuska River.
Posted by john at 5:17 PM