A Wall of Moths 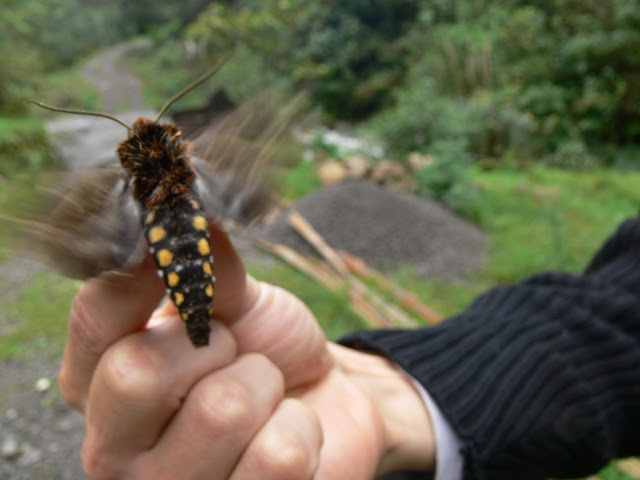 Continuing another post about the cloud forests of Ecuador with the subject of moths. Too bad I dont know the species of any of them. Some are hawk moths, and some are sphinx moths, but what species any of them are I could not say. As you can see by the above photo, many are quite large. 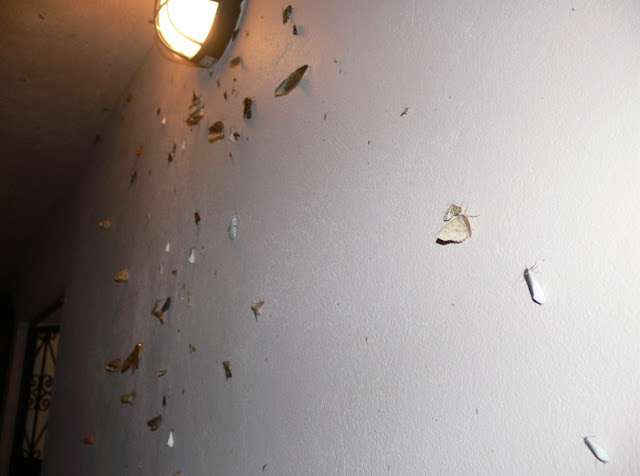 At Las Gralarias Ecolodge outside of Mindo there was quite a gathering of moths on the walls of the buildings at night. They were obviously attracted to the lights. I went around and photographed a sampling of the many exotic moths. 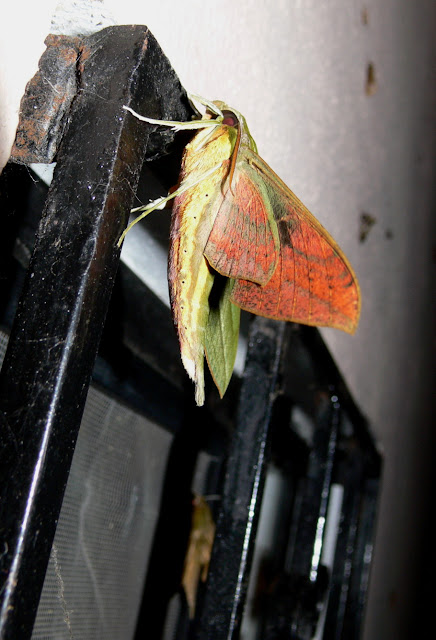 It's impossible to judge the size of this moth by the photo but it was similar in size to the moth in the first photo. 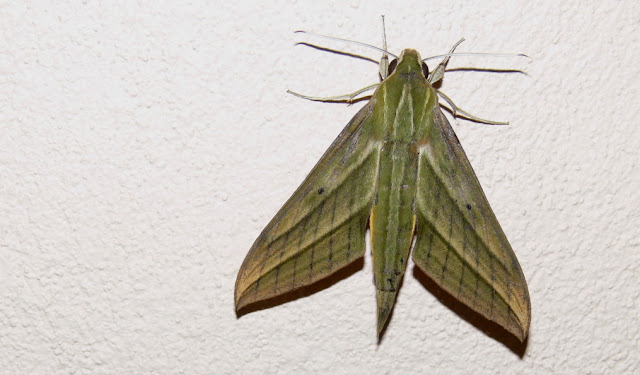 They were not all brightly colored but even the earth toned moths were strikingly beautiful. 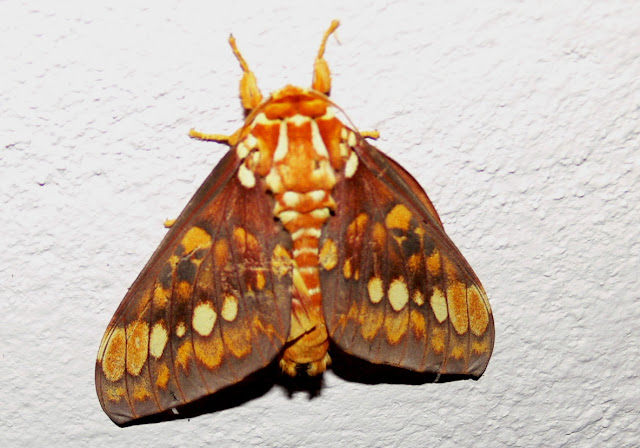 Not just beautiful, but fuzzy too. 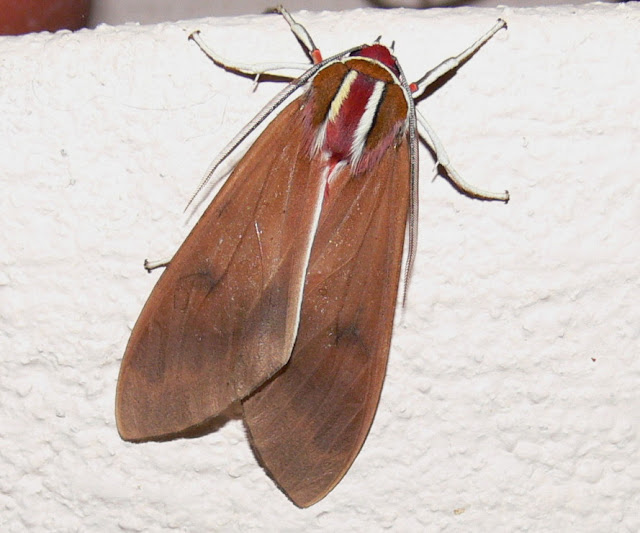 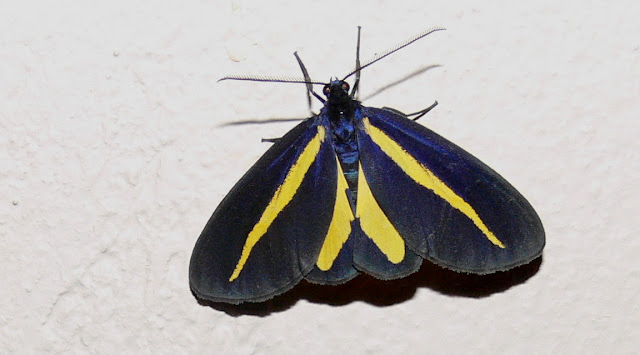 Pucker up, this must be a kissing moth. 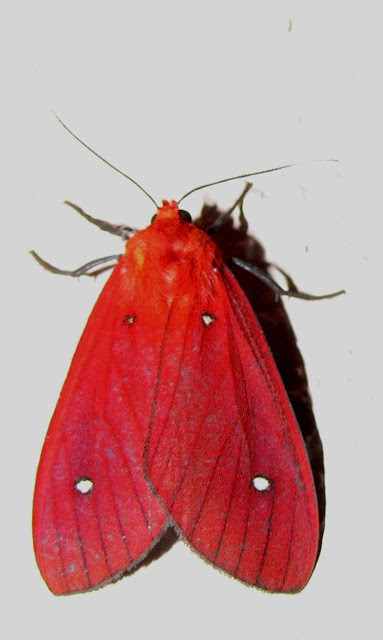 This is the first red moth I've ever seen. 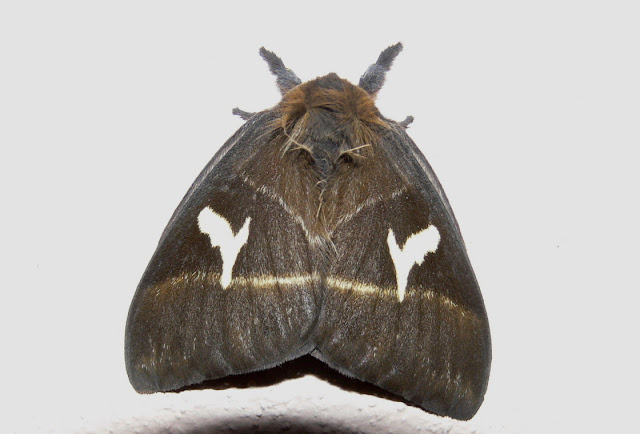 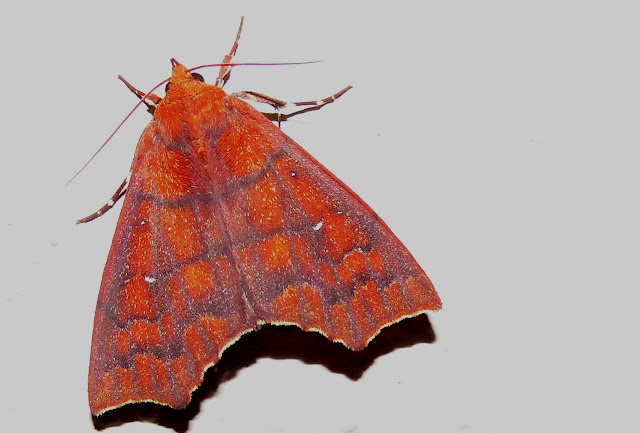 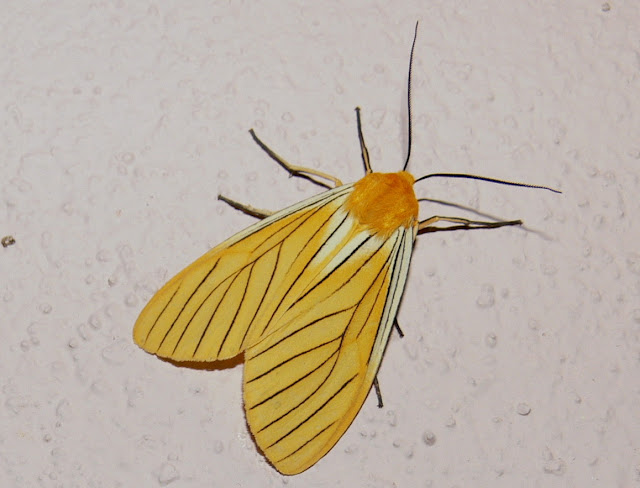 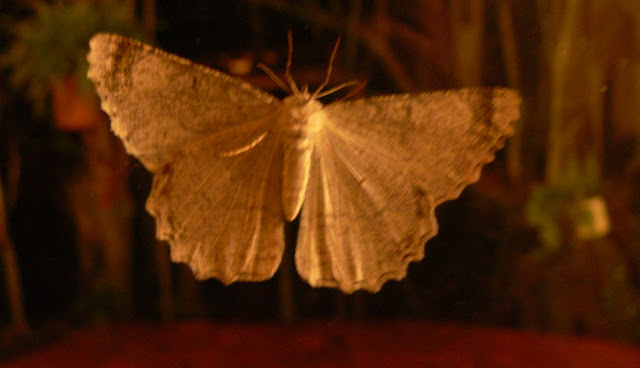 A final moth photographed from the inside of a window. Mindo is on the west slope of the Andes Mountains. There is also cloud forest on the east slope of the Andes. One of the towns there is called Baeza. A while back I found a blog post about the moths in Baeza. There was an even more incredible assortment of bizzare and colorful moths there.
Posted by john at 10:49 PM