The Boar Tide and the Merlin 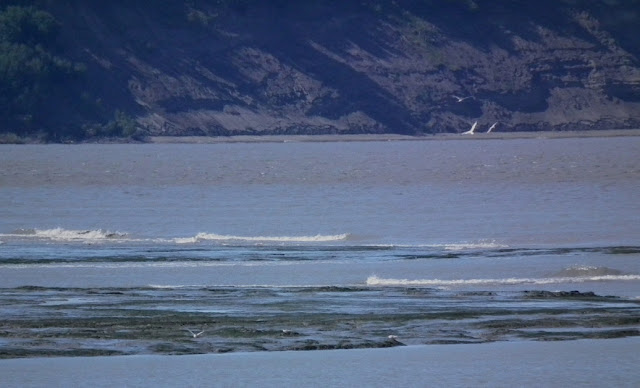 After nearly a week of rainy days, we finally had some sunshine. I could not pass up the opportunity to head to the beach.
When I arrived, there were actually waves just offshore. They are not ordinary waves, they are a phenomenon called a Boar Tide, (I'm not sure of the spelling). At certain times of the year there are more dynamic tides than usual. When the tide comes in, it creates a strong current that builds waves. 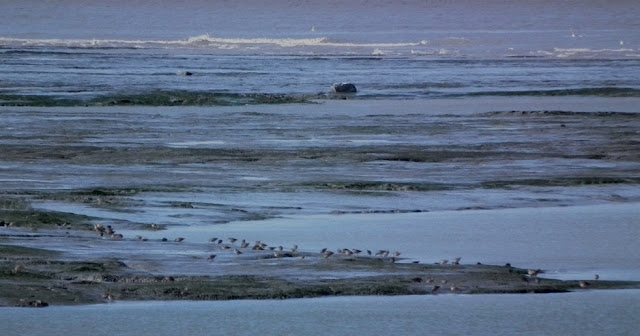 The waves may not look so dramatic, but the current is very dangerous for small boats.
Although the main push of southbound shorebirds is over, there are still plenty of yellowlegs, and dowitchers like the above photo. 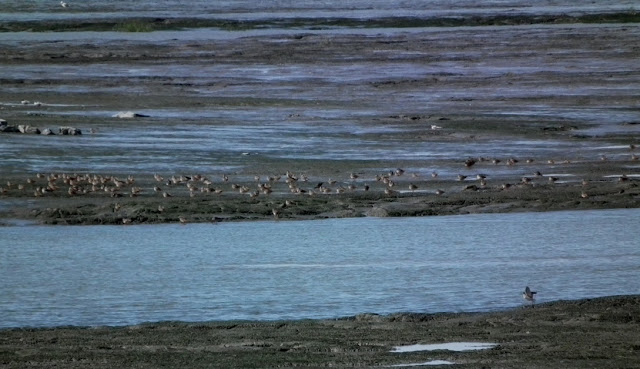 These birds are mostly, if not all, Short-billed Dowitchers. 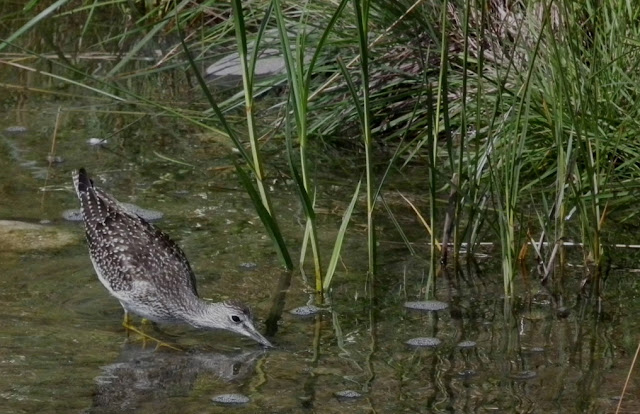 A Greater Yellowlegs on Chester Creek. 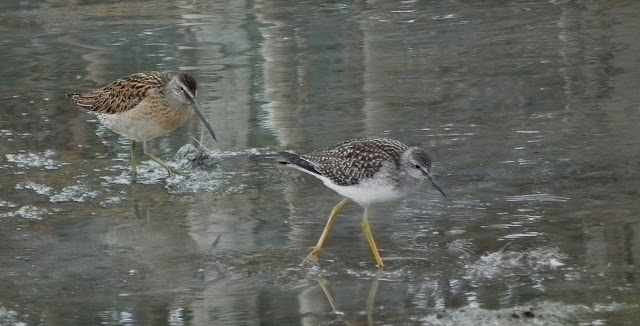 A Short-billed Dowitcher, and a Lesser Yellowlegs. 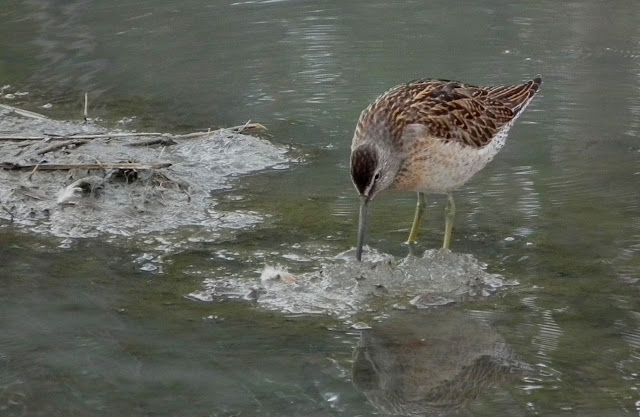 The Short-billed dowitchers will only be around here for another week or so. Most of the migratory birds have already left. Even though it's early August, there was a bit of a chill in the air today. Boo hoo! 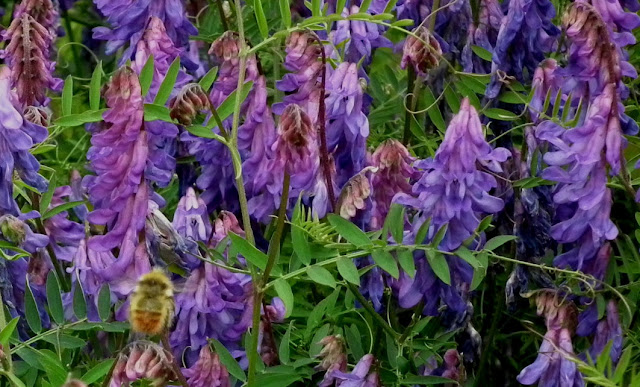 Our bumblebees are barely larger than honeybees. This one visits the flowers of a plant called Vetch. It is an invasive plant species. 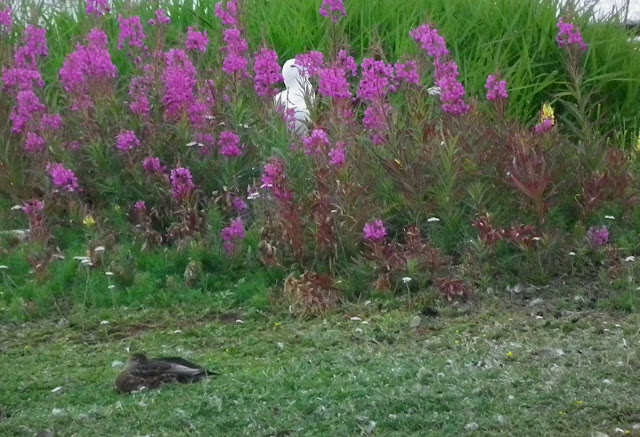 A glaucous-winged Gull hides amoung Fireweed while a Mallard dozes on Westchester Lagoon. At this point, my camera's batteries died, and my back-up batteries had lost their charge as well. 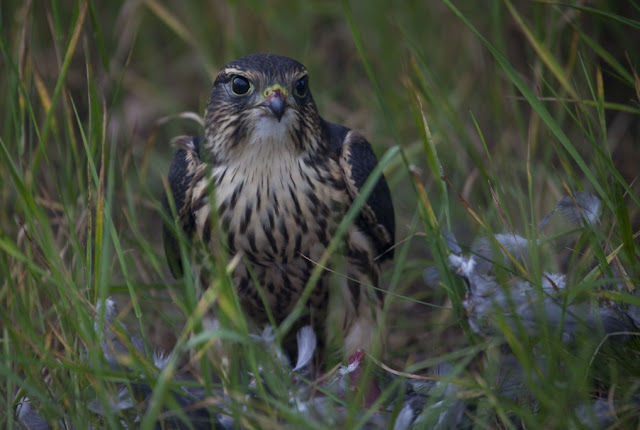 It's too bad that I had no batteries because I saw a Merlin on the way home. It perched nearby.
I did not take the photo above, or those that follow. Amber, who works at Keller's Photography, shot these photos right next to the parking lot of the studio. Keller's photographs my paintings so I can send high resolution images of them to publishing companies. 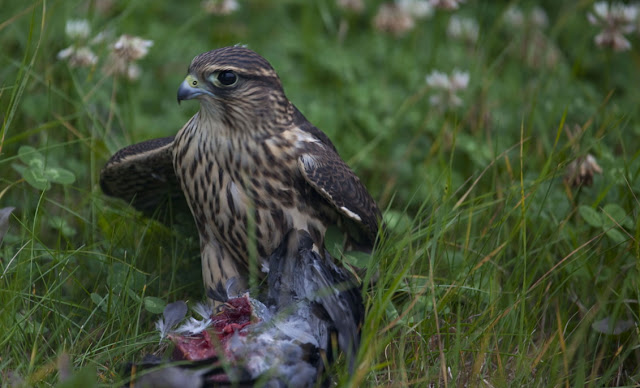 The Merlin killed a pigeon nearby and plucked it, and started eating it in the weeds beside the parking lot. 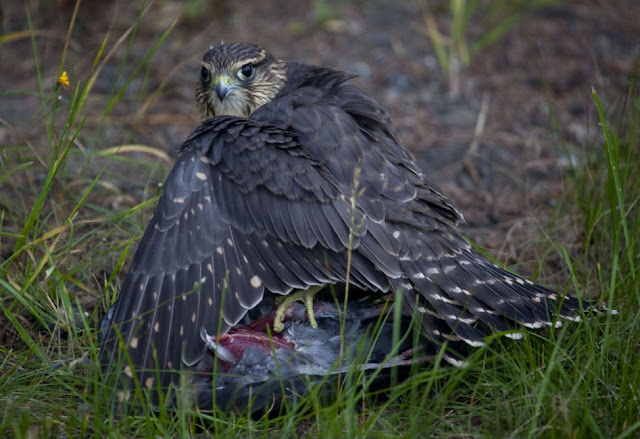 In this photo the Merlin mantles it's kill to keep Amber from stealing it. 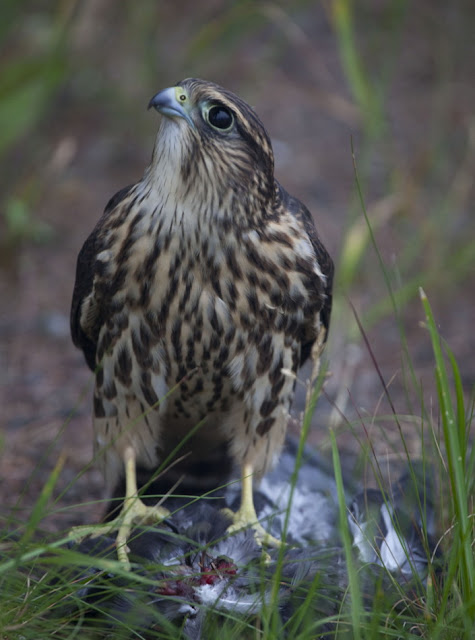 Amber graciously put her photos on a cd for me, and gave me permission to use them for reference photos for paintings.
Posted by john at 10:39 PM