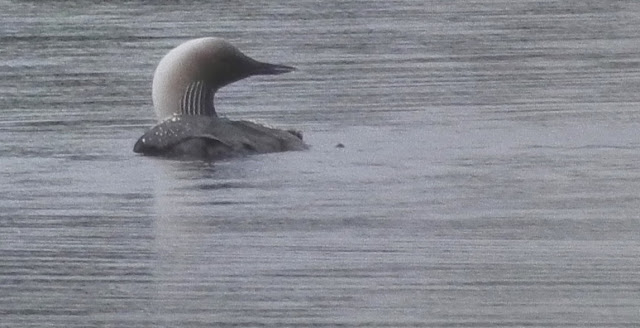 Yesterday and today I took the time to visit some areas that I have neglected lately. Right in the middle of Anchorage is a natural area where there are forest trails and two lakes. The University of Alaska is also there. That is why one of the lakes is called University Lake.
The other lake is Goose Lake, and it is one of several lakes in town that hosts nesting loons, rather than geese.  Pacific Loons are the species that occupy Goose Lake.

There are Common Loons on some of the larger lakes, especially on the military base. Anchorage is the biggest city that boasts nesting loons. 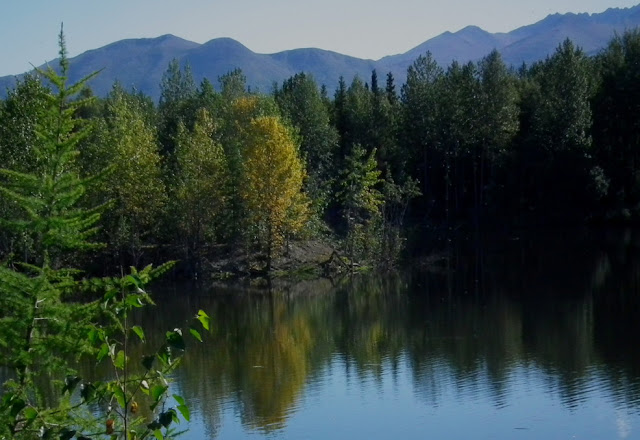 The first place I checked out yesterday was University Lake above. It was beautiful, but I was dismayed to see the first sign of fall colors in some of the trees. Alaska typically has very short autumns, and then comes the endless winter. There was'nt much on University Lake, just some Mallards, R.N. Grebes, and a few Muskrats. So I followed a trail through the forest, over to Goose Lake. The forest floor above is covered in a layer of green moss. 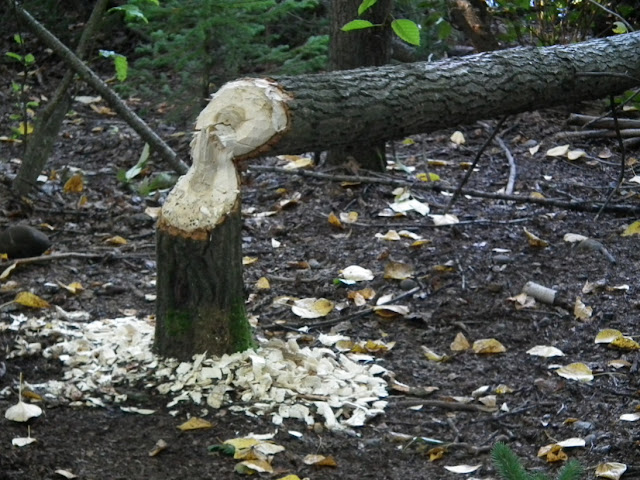 Someone has been busy taking down trees next to the lake. This is the handiwork of a beaver. This summer beavers have been causing a stir because they were attacking people's dogs when they tried to play in the water. 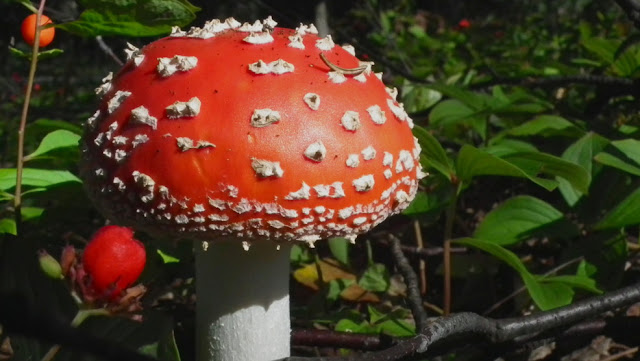 I forget the name of this kind of mushroom. It's not very poisonous, but not tasty either. 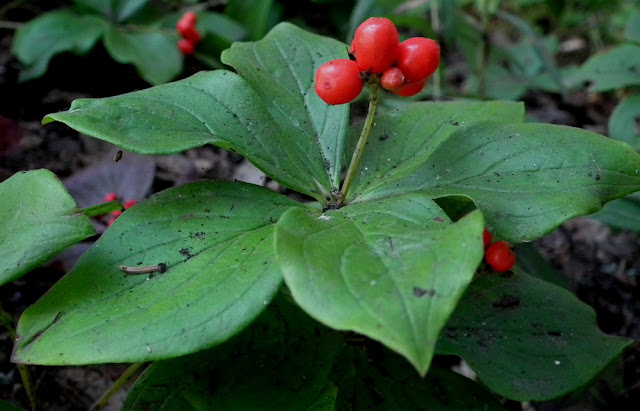 Bunchberries are not so tasty either. 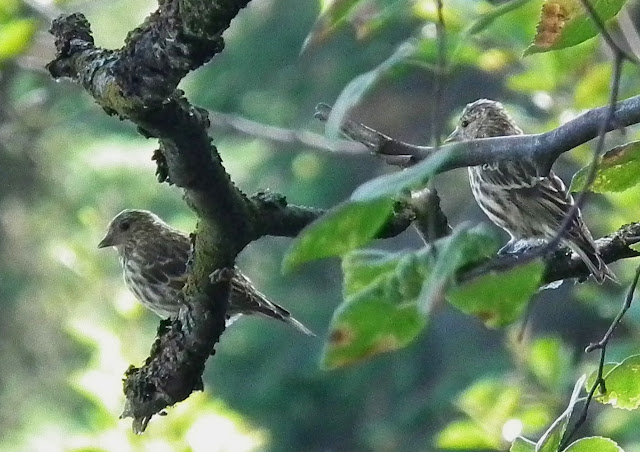 There were not very many passerines in the forest, chickadees, redpolls, juncos, magpies, and these recently fledged, Pine Siskins. 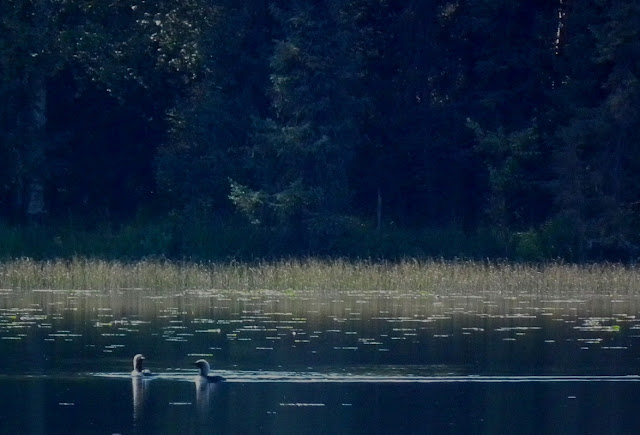 Finally I made it to Goose Lake, and saw the resident pair of Pacific Loons. Their hatchlings were taken by a predator this year. Almost undoubtedly a Bald Eagle is the culprit. In some years, eagles take every single loon chick. It is very discouraging because loons are slow to breed, and their numbers are steadily dropping. They never lay more than two eggs at a time. 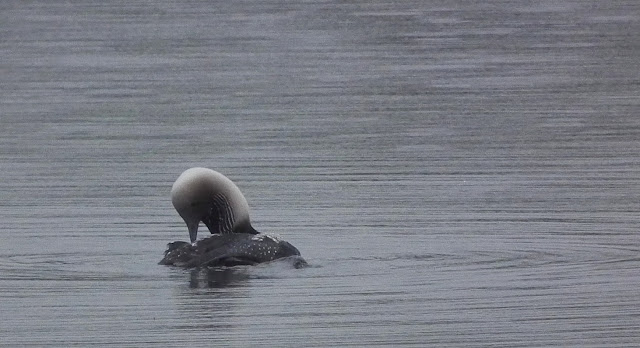 Loons are shy, and usually stay out in the middle of the lake. It is hard to get close to them. These photos were all taken from a distance. 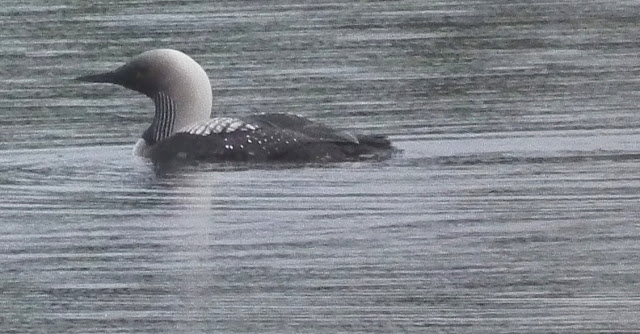 They are way cool. There are sometimes Red-throated Loons just offshore in Anchorage. I have never gotten close enough for even a single photo. 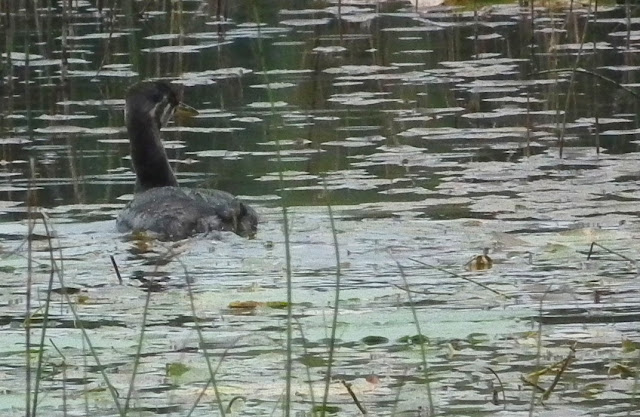 Loons in turn, prey upon the young of grebes and ducks. That's why I was surprized to find this juvenile, Red-necked Grebe on Goose Lake. Loons usually drive off the adult grebes on their lakes, so they cannot breed where loons are. Maybe this bird flew in from another lake. 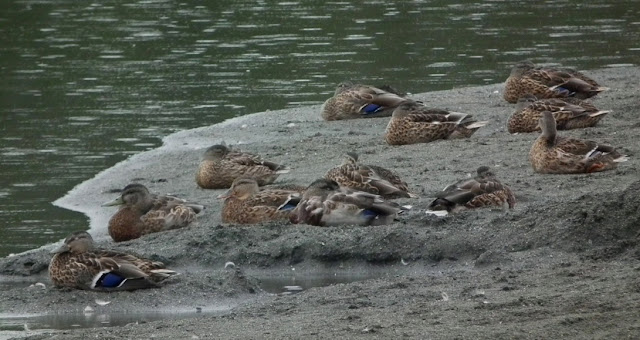 Ducks are prolific breeders by comparison, and they overwhelm the loons by their sheer numbers. That is why the loons tolerate the presense of ducks on their lakes. Including these Mallards. 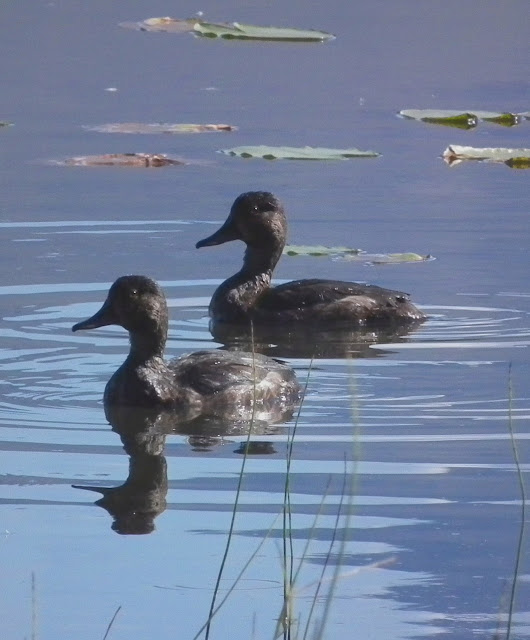 I was stumped for awhile by the identity of these two, very dark ducks on Goose Lake. After consulting the field guide, I figured out that they are juvenile, Lesser Scaup. 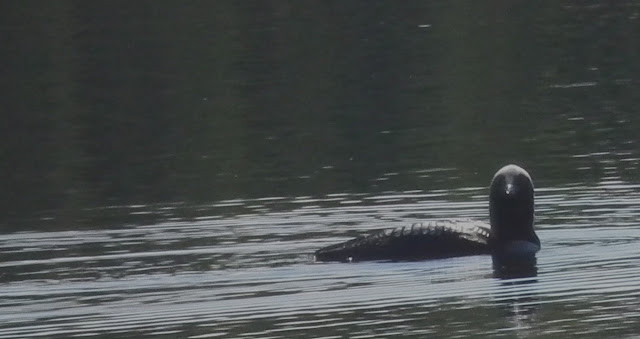 One last loon photo. The reason for disparity in the lighting of these photos, is because it was suuny yesterday with harsh light. Today was overcast, and drizzly. The Coomon Loon photo was taken years ago with slide film.
Posted by john at 8:37 PM

Oh that is so terrible about the loon babies....
Your photo of the green moss and that red mushroom..oh my delightful
I would joy to travel that path with you
so beautiful that lake area
so many beautiful and interesting birds....even the mallards...which I hardly see anymore here in Illinois ..too many Cananda geese
but who are we to judge who goes where
I live to listen to my wilderness cd of loons calling in the night...thrilling and so mournful
maybe now I have a hint of what they suffer

John
Beautiful pictures, some day I need to take a trip to Alaska. I love the Loons, I have only seen Common Loons here in Utah a few times, once while fishing and heard them for an hour before they swan into view. Nothing is more pleasant to listen to than the call of a Loon. Thanks for sharing your outing.

The mushroom is a "fly agaric". The history of its use is very interesting, if you get the chance you should look it up. I found it very interesting to read what you said about selling to the mass markets, the trouble is these days every man and his dog wants a piece of it.