Some Kingfishers, an Eagle, and More 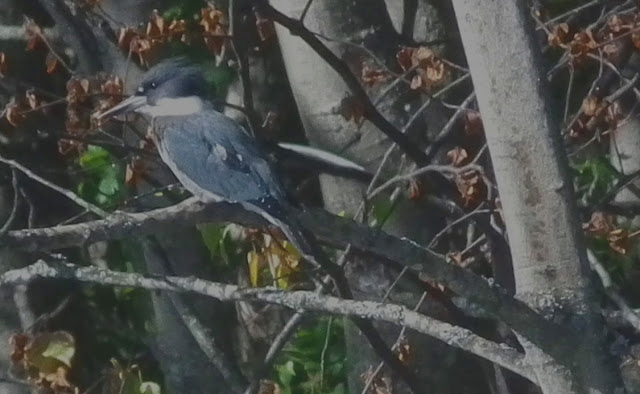 Today was, and still is, one of the nicest days of the summer. I could not stay indoors. It's easier to get to either Russian Jack Park, or the Coastal Trail, than it is to other natural areas in the vicinity. So those are the places I visit the most. I especially love to note the gradual changes that come with the seasons.
The Coastal Trail has greater wildlife diversity than Russian Jack, so that's where I went today. It's about 5 miles from my home. I saw at least 5 Belted Kingfishers today. They may have all belonged to the same family. Only one posed for photos. It was near the slough where I recently photographed a greenwing and some shorebirds. 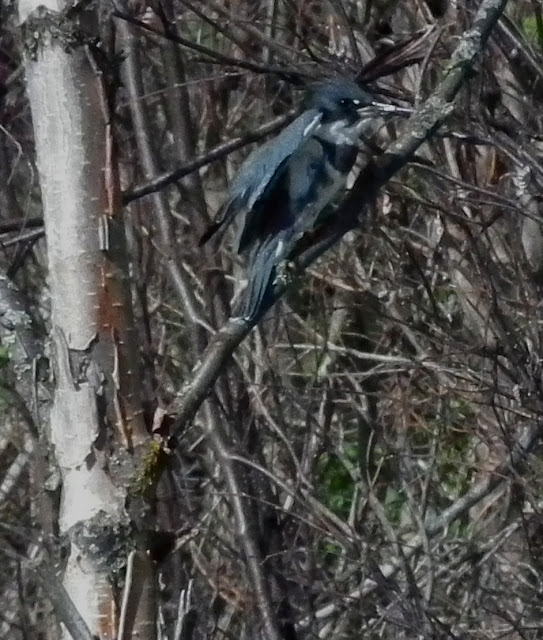 I could not get nearly as close to it as I wanted. I did get to watch it hovering, but I was too slow on the draw to get any photos. 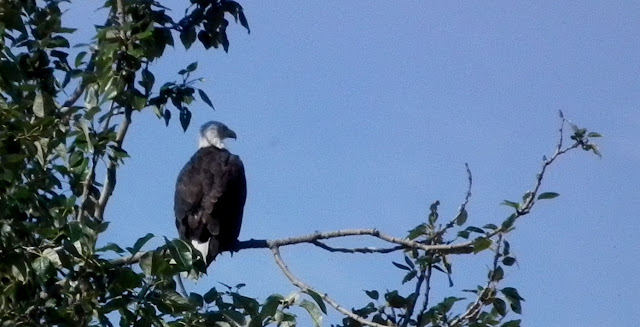 A Bald Eagle perched near the kingfisher that posed for me. I could not get close to the eagle either. It was on private property. 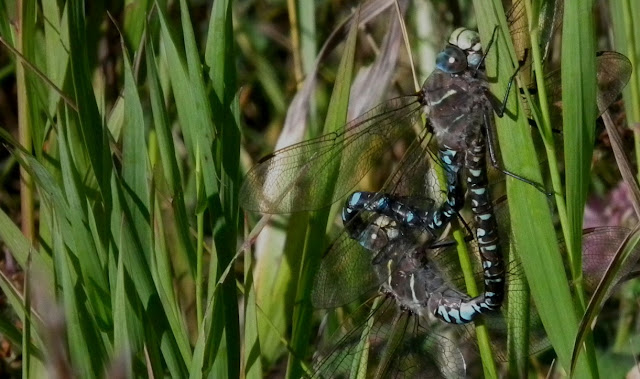 I'm pretty sure these dragonflies were 'wrestling'. 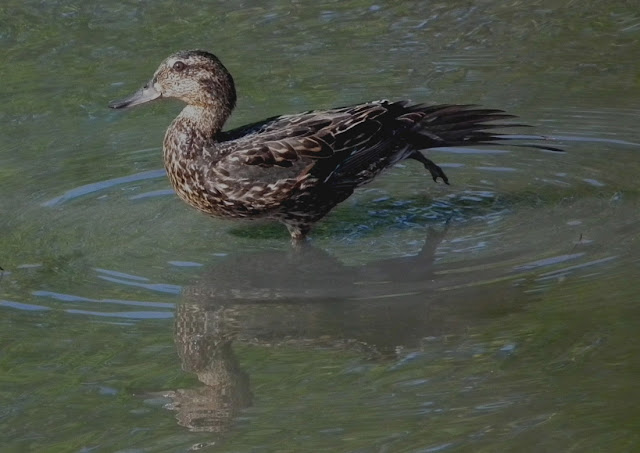 There was still a Green-winged Teal in the same little slough where I saw it last time I went there. 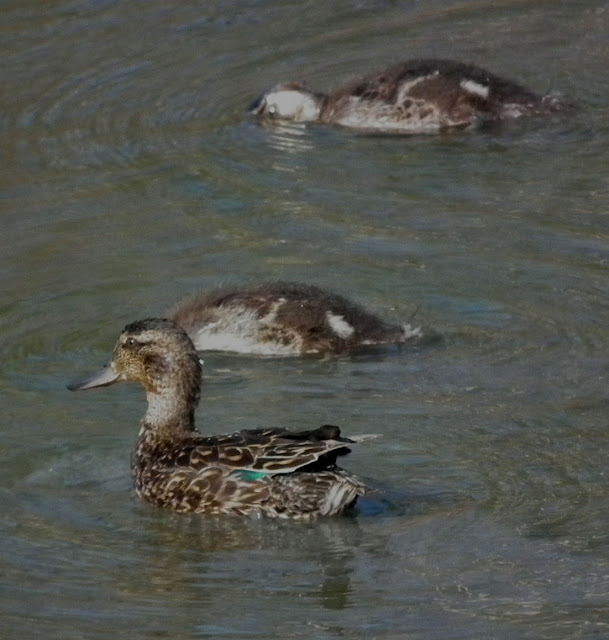 This time it was accompanied by it's young. I'm thinking this may actually be another greenwing.

There were four babies in total. There were also two adult female greenwings, but only one stayed close to the babies. 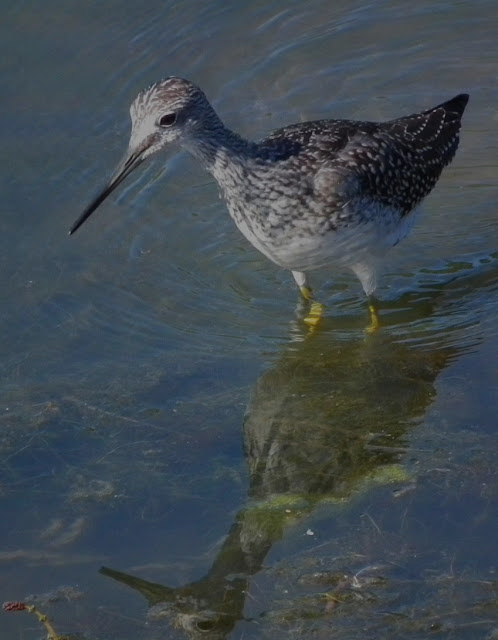 There was only one Greater Yellowlegs in the slough, where there had been about a dozen a week ago. No Lesser Yellowlegs, Least Sandpipers, or dowitchers. 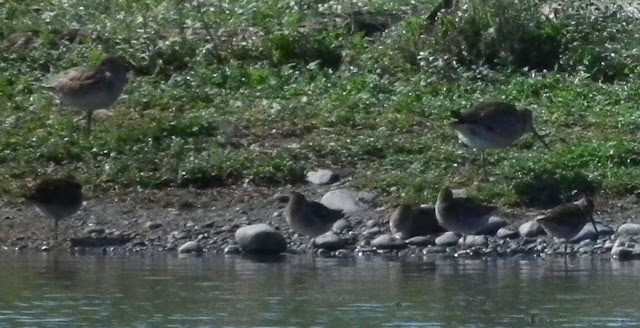 There were still some Short-billed Dowitchers on the island in Westchester Lagoon. They are the larger of the shorebirds in the photo. I can only surmize that the smaller shorebirds are Dunlins. 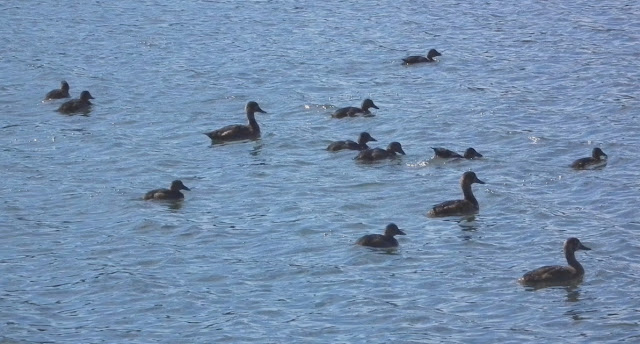 Three female Greater Scaup joined all their young together, presumably for greater protection from predators, like the eagle. about a third of the babies were underwater at any given time. 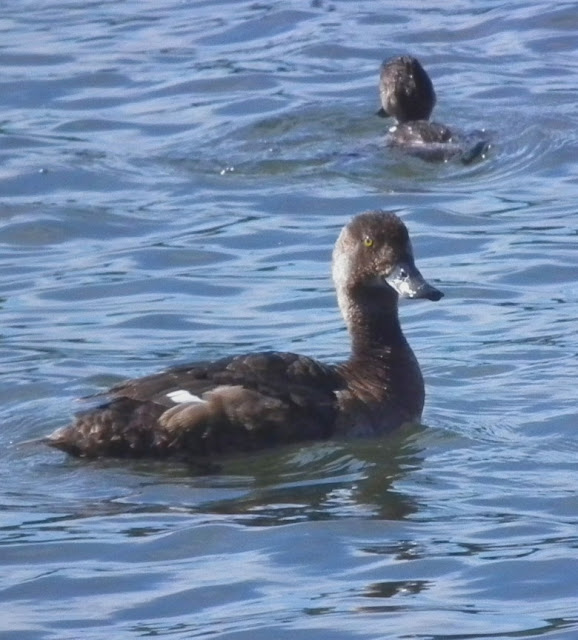 The harsh light made it difficult to get pleasing photographs. 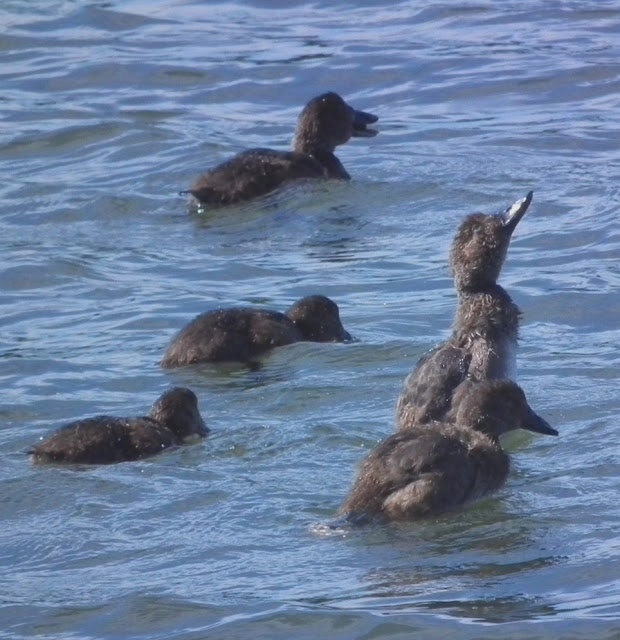 You can see by the size differences between some of the babies that they are from different broods. 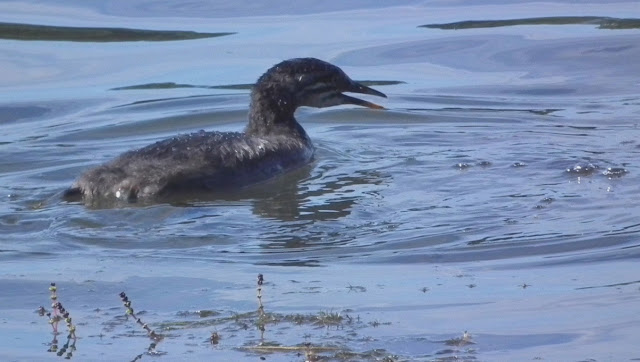 There were several baby Red-necked Grebes on Westchester Lagoon as well. 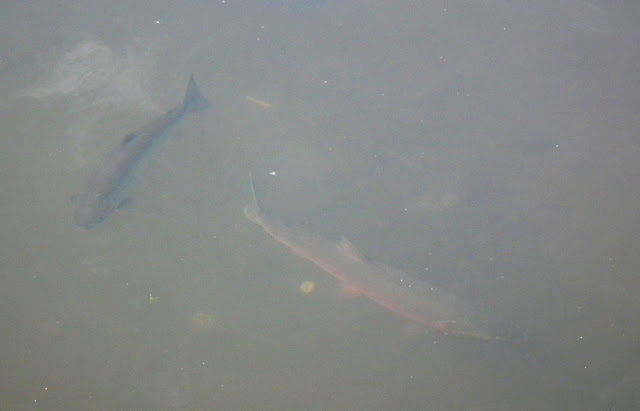 There were also spawning Silver, (Coho) Salmon. Only one person was there fishing for them.
Posted by john at 9:51 PM