Two years ago I went to South Africa for a month with my old, and I do mean OLD, friend Tom. I did a series of nine blog posts about that trip. The truth is that I have been to some of the earth's greatest destinations before South Africa, and none of them hold a candle to Africa. It deserves a more detailed trip report.
So I have decided to take a more liesurely armchair visit to South Africa, and include some of the many good photos that did'nt make it into the first series of posts. I'll use excerpts from my trip journal to describe what we saw. 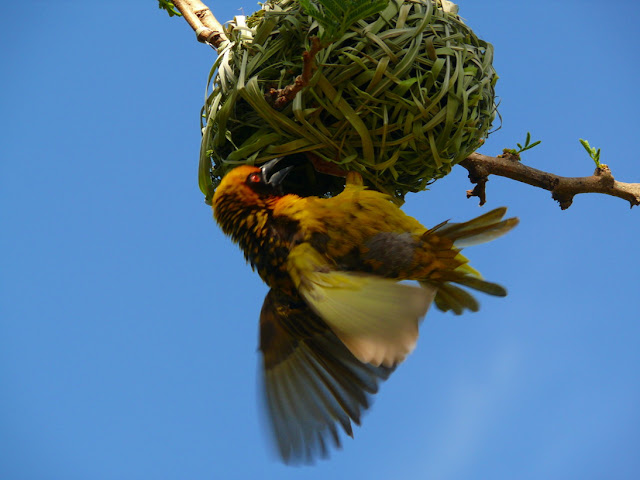 " There were a lot of African Masked Weavers, mostly males building nests, and displaying with a lot of wing shaking."
I flew into Johannesburg just after dark and checked into Mufasa Backpackers Lodge in the suburb of Benoni, where Tom was already checked in . Early the next morning Tom and I birded the grounds of the lodge and the surrounding neighborhood. We were very impressed by the abundance of birdlife. 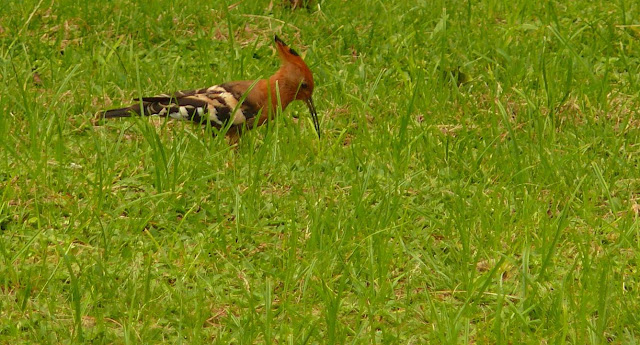 "There was a Hoopoe plucking insects out of the grass on the front lawn. Juan, (the lodge owner) said that Hoopoes nested in a tree cavity next to the lodge's swimming pool." 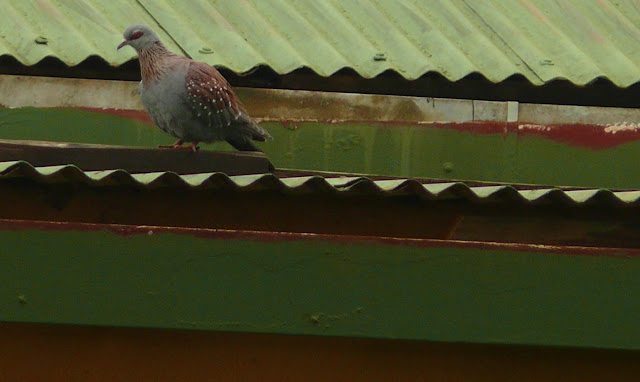 "There was a large, beautiful Speckled Pigeon on the roof of a house across the street." "I was surprised to see Common Mynas." Common Mynas are native to Southeast Asia, but have been introduced to several other parts of the world. To me they behave like Magpies, loud, inquisitive, and adaptable.

"There were lots of Red Bishops, (mostly males) in and near a Sorgum field across the street." 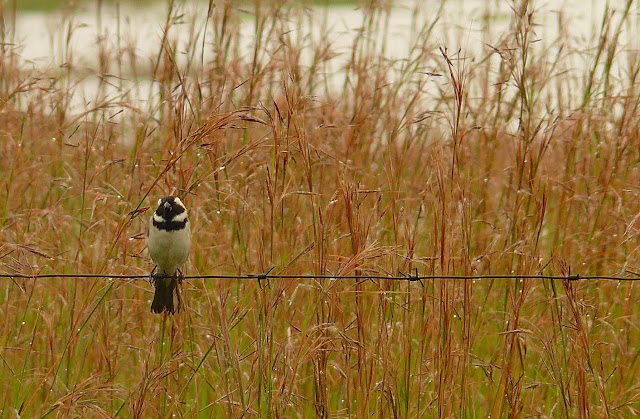 "Next came the striking, Cape Sparrow." 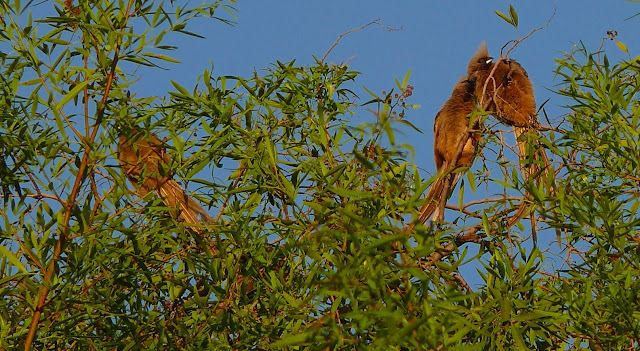 "An unexpected delight was a group of Speckled Mousebirds who climbed to the top of a tree when the sun came out. They tend to hang on to branches rather than perch upright." 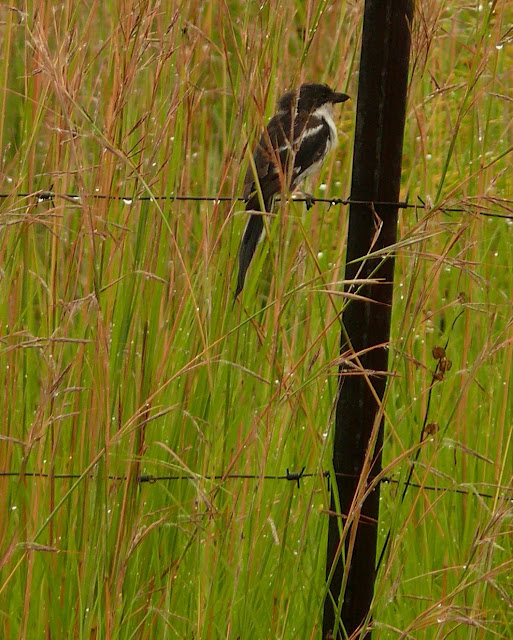 "We had to deal with rain off and on, throughout the morning, but it could'nt dampen our enthusiasm. We got good looks at a Common fiscal, (shrike) in the tall grass across the street." 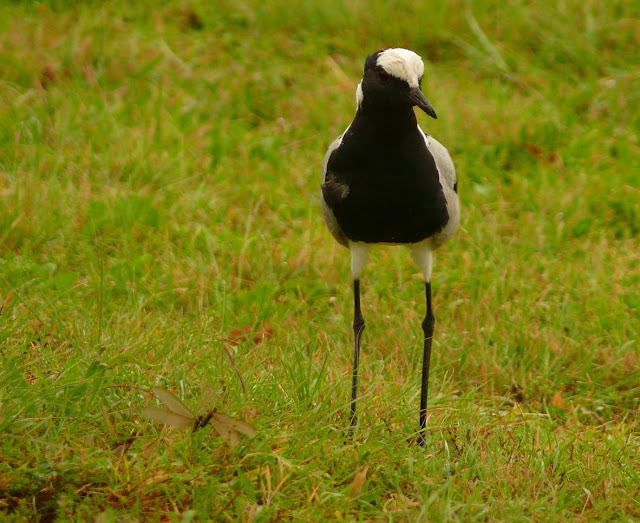 "Another of the many new birds for me was the Blacksmith Plover."
That first morning in a suburban neighborhood outside of Johannesburg stands out as one of the greatest days of birding in my life. These photos are just a small sampling of all the birds that we saw. I was very jet-lagged but supremely satisfied by the experience. The next day was destined to be much greater still...
Stay tuned for the next leg of the trip.
Posted by john at 3:50 PM

John, that zebra image would be a great Tshirt design. I tend to go for bold graphic designs rather than the "painting" type you've been working on lately. I love the shrike photo. It looks like a John Lofgreen painting! There are lots of Mynahs here in Muscat, too. There are Hoopoes, somewhere, but haven't seen one yet.

Thanks for your comment Maggie. I'm surprized that there are Common Mynas in Oman. I hope that you are keeping a list of all the birds and critters that you are seeing there. I would be curious to see what kinds of things exist there.
Right now I'm studying the birds of Australia, (one can always dream). They even have Mynas there.