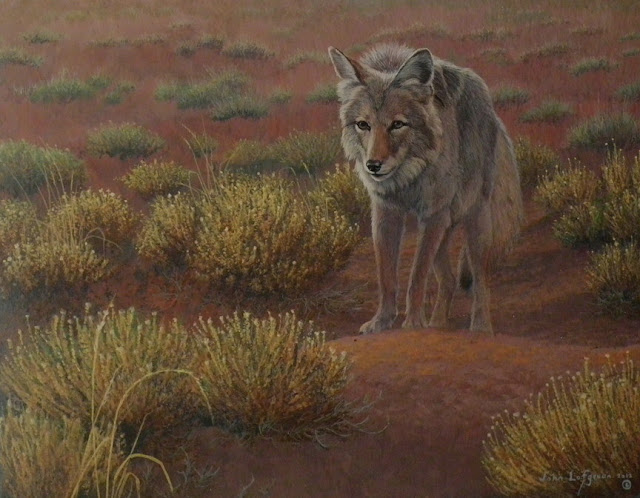 My first painting in 2012. This is another painting that looks much better in life than this photo indicates. Still, I hoped it would have come out better. I love painting Coyotes more than wolves. 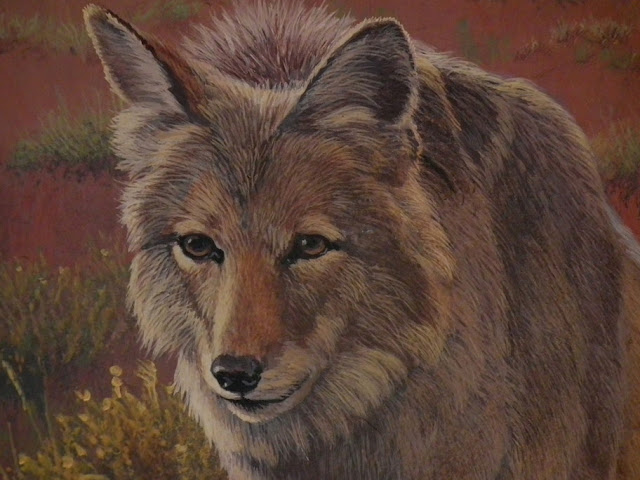 This one is destined for Treasure Art Gallery in Sedona, Arizona. Treasure Art Gallery is one of the many galleries that closed it's doors a few years ago. I was so happy to be contacted by it's owner, and told that it has re-opened. I have been selling artwork from there for more than 25 years, far longer than any other gallery.
Sedona is located in the red soils and high deserts of Northern Arizona. It is a desolate, but beautiful country that I love to paint. Sedona is known for it's dramatic rock formations which are less interesting for me to paint than the sagebrush flats.

Since this is a short post, I'll include a few photos that I shot from the balcony in front of my apartment. This is the view across the street, directly in front of me. It is part of the military base called Jbear, Joint Base Elmendorf, Richardson. 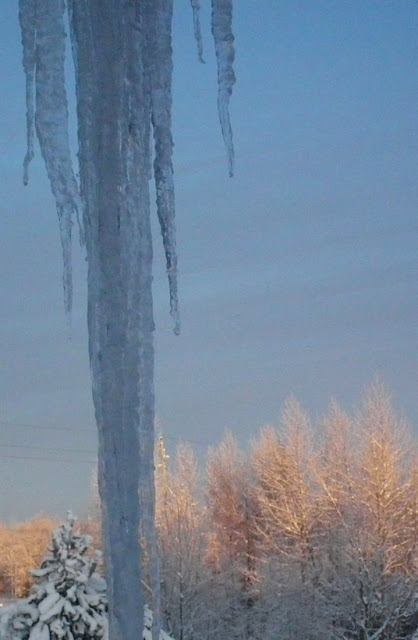 A long icicle hanging from the roof. 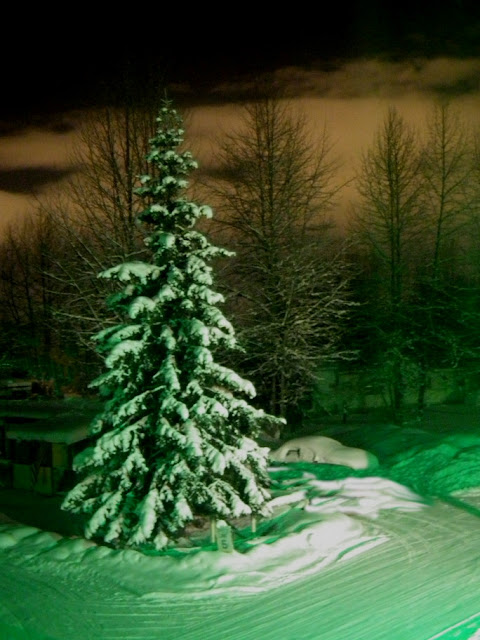 The night time view out of my back window.
Posted by john at 9:39 PM