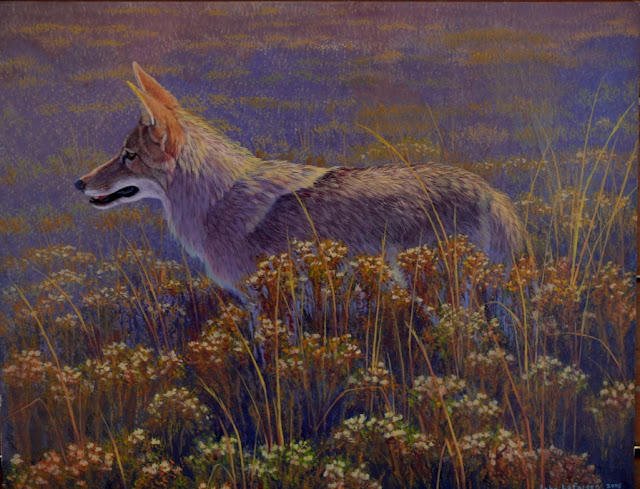 This painting has already been featured in a blog post of mine. I'll repeat a little of that earlier post, and add the latest alterations to the 16x20" painting. The photo above is the first version of this Coyote, called, Golden Light, at the time.
The only thing I really liked about the painting was the Coyote's head. The background was fine and the dog's body was acceptable. I really hated the foreground. 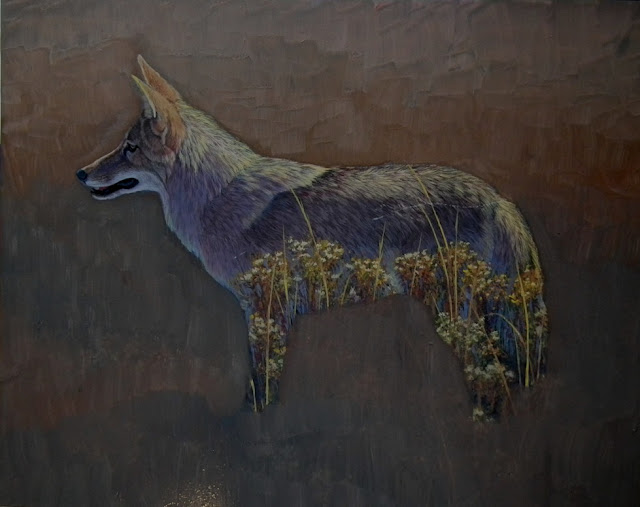 For the second incarnation of this painting I decided to do a radical makeover by painting over the entire setting around the Coyote. 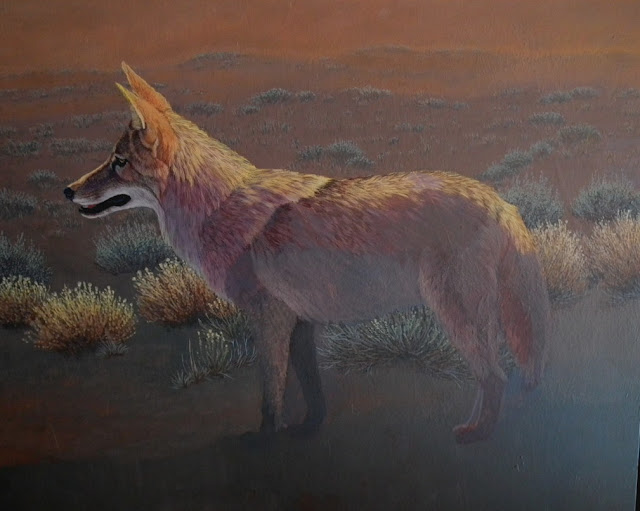 At this stage I have painted in the new background, and roughed in parts of it's body. The background at least looks good. 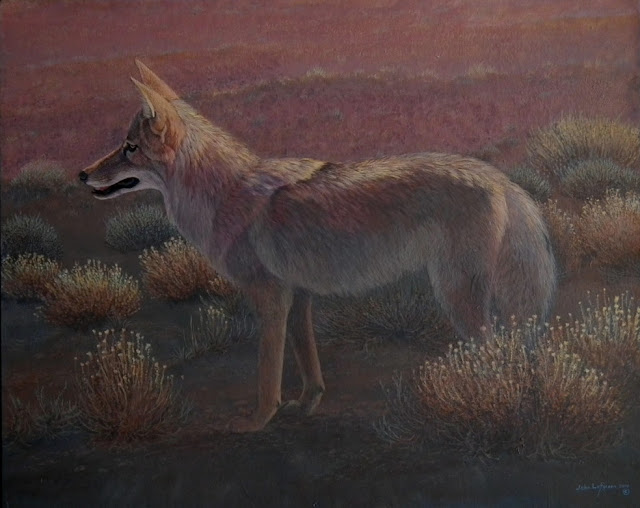 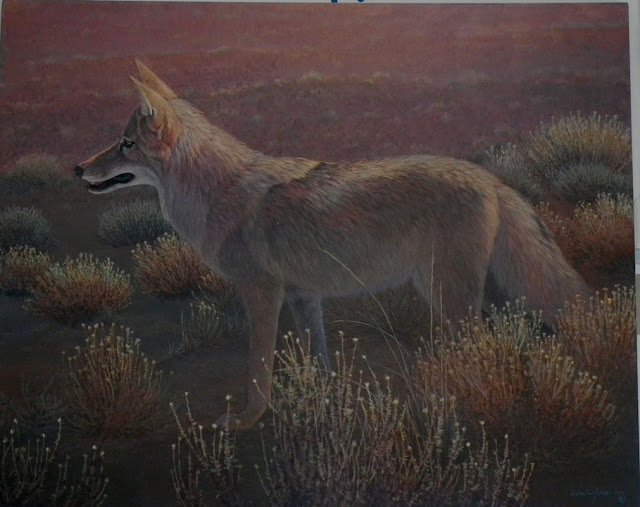 A few days ago I pulled it out and decided to give it one more try. In this new incarnation, the painting looks better than it ever has. Is it finished? Who knows. The actual painting is not so dark. 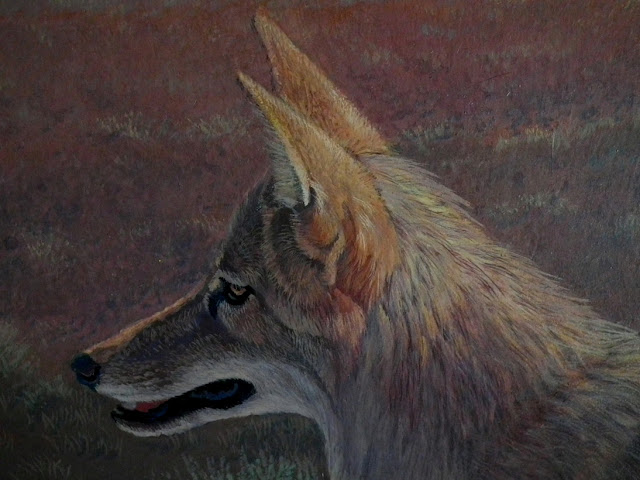 I suspect that the Coyote's head would look better if the light was coming from the opposite direction. I'm stubborn and trying to make it work as it is.