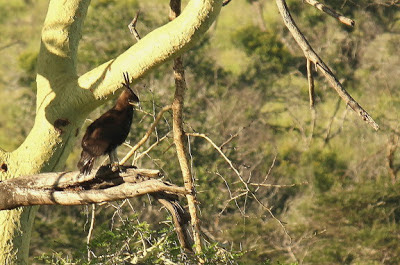 Africa is THE place to see great raptors. There are many different species of eagles, like this Long-crested Eagle in the photo above. Maggie got to see some some really good species; one that made me jealous, African Crowned Eagle. 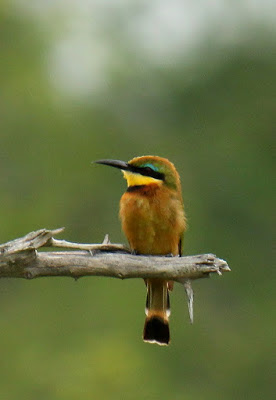 Although this Little Bee-eater is the least colorful of the South African bee-eaters; it is my personal favorite of Maggie's bird photos. 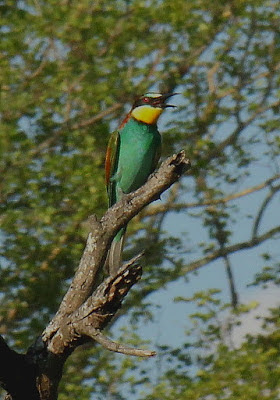 European Bee-eaters are a species that has to be seen to be believed. Too bad this bird was in harsh light against a busy background. Still a beautiful sight. 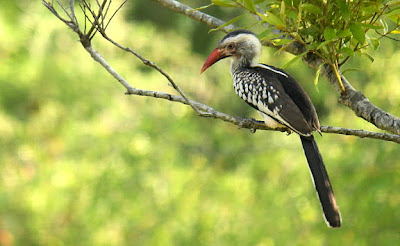 Red-billed Hornbills are South Africa's smallest species of hornbill. They are generally not shy. This is another well composed photograph. 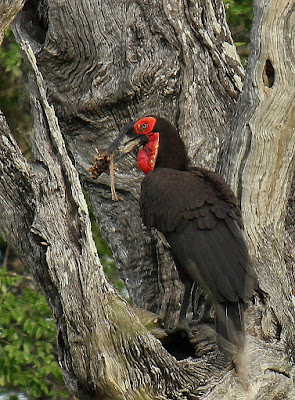 From South Africa's smallest hornbill to it's largest; Southern Ground Hornbill. Maggie says that they were nesting in this tree. 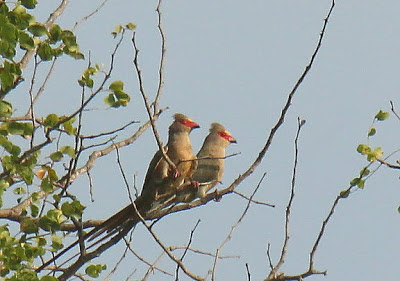 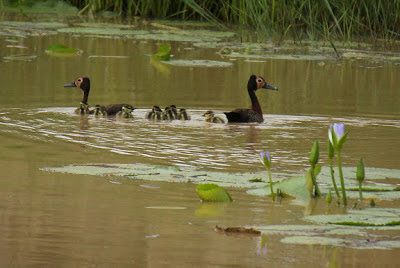 Although they don't have white faces, this is a family of White-faced Whistling Ducks. The parents appear to be very protective of their young. They should be; there are many, many predators that would love to feast upon the young. feast upon the parents too, for that matter. 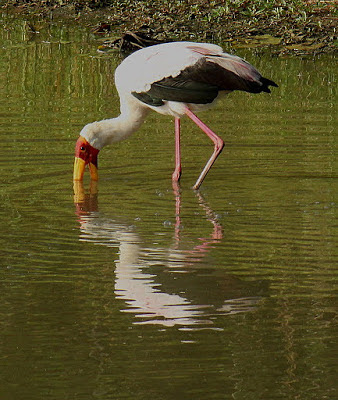 Even a peaceful fisherman like this Yellow-billed Stork would not hesitate to snatch a baby duck, given half a chance. 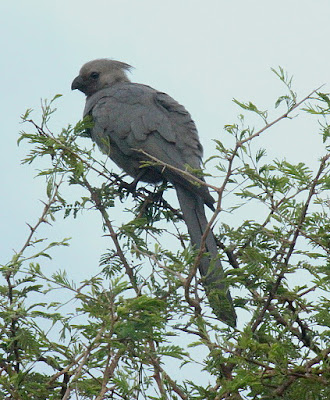 Not too colorful, but elegant nevertheless. This is the famous, Grey Go-away Bird. They do tell you to go away, but I'm not sure that they really mean it. They often hang out near human habitation. 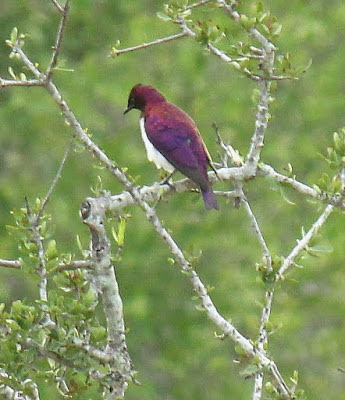 Another elegant bird, the Violet-backed Starling; also called, Plum-colored Starling. This is the male. Females are completely different, and strikingly marked with a green back, and heavy black streaks on their immaculate white breast.
I'll post more photos from Maggie's trip when she sends me more photos, (hint, hint Maggie). In the meantime, Gary and Tom still have a few days left before their South Africa trip ends. Who knows how long it will be before they send me photos of their trip. They got charged by angry elephants three times.

One of the most interesting bird genera that i fill from Africa, is the iridiscent green an blue purple tones of the metallic blackbirds,the diversity of rollers,the metallic blue tonalities of the muchs species of african starlings,the big diversity of berbets,and the diverse especies of storks and egrets.Africa its a great place for enjoy the pleasant company of the wildlife!.

The Whistling Ducks entered the water with all ducklings following behind--or so they thought. The adult that was bringing up the rear, the one on the right, realized one was missing, or maybe heard it calling from the bank. They all reversed course and went back to get the laggard.

Thanks for your comments guys. Marc, I often tell everyone that Africa is the best place in the world for birds, and wildlife in general. Seeing giraffes and elephants in zoos is one thing. Seeing them in the wild is a thrill that everyone should experience.