A Mystery Bird, A lost Bird, and More 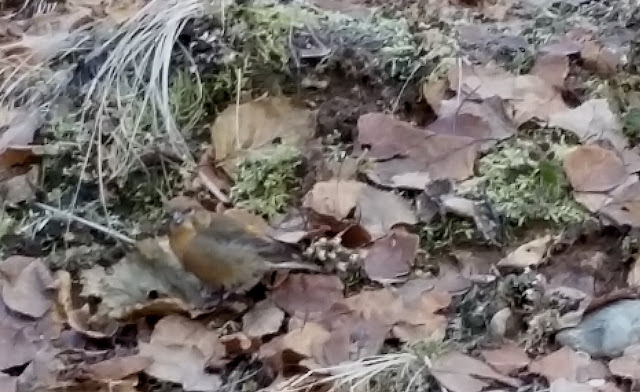 My friend Sandy Quimby sent me this blurred cell phone photo of a bird she saw while hiking. She is not really a birder but she knew that it was not one of the regular birds that she sees. I looked the photo over but could not figure out what it was.
Then I posted the photo on the AK Birding site and asked the experts to chime in. What do you think it might be? A hint. It is a bird that occurs both in North America and Eurasia. Another hint, it is a bird which is in the process of being split into several different species. The bird was identified by intrepid Anchorage birder, Aaron Bowman. It is a female Red Crossbill. Very uncommon in this part of Alaska although I have seen many in Arizona, from a different sub-species. 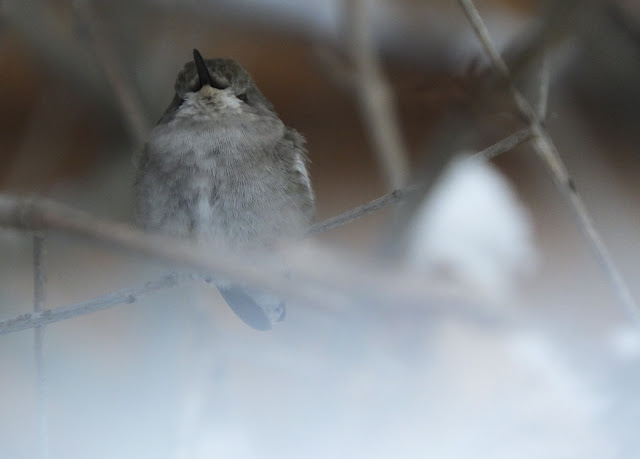 On Halloween I got to see a lost bird. One that normally lives in the desert Southwest. They normally do not range further north than Southern Nevada. Can you guess what this might be? 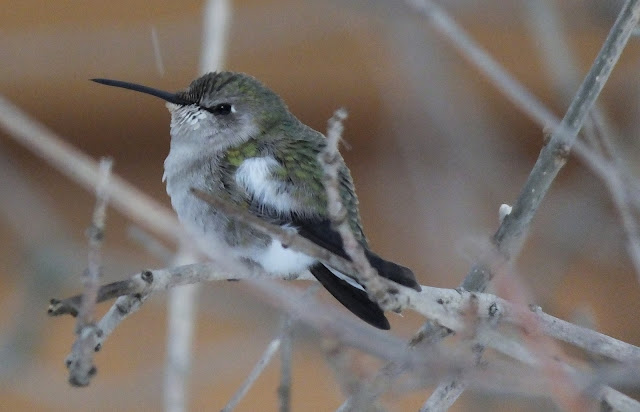 It is a female, Costa's Hummingbird. Although it is very far outside its normal range, this is the second Costa's that I have seen in Anchorage. We seldom see any hummingbirds in Anchorage. 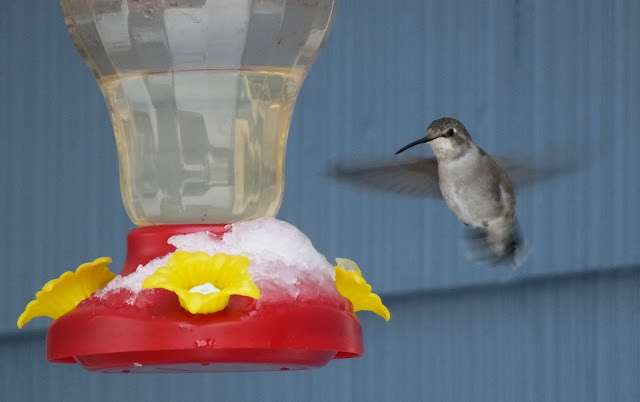 The weather was very cold and snowy. Mt. Whitekeys, local celebrity and president of Anchorage Audubon Society puts out a hummingbird feeder just in case a hummingbird might show up. Two weeks earlier he had an Anna's Hummingbird at this feeder but I missed that one. I saw many of those in California and Arizona but I wanted to add it to my Alaska bird list.
He had to thaw out the sugar water in the feeder repeatedly because it would freeze up about every three hours. Its prospects for long term survival do not look good. 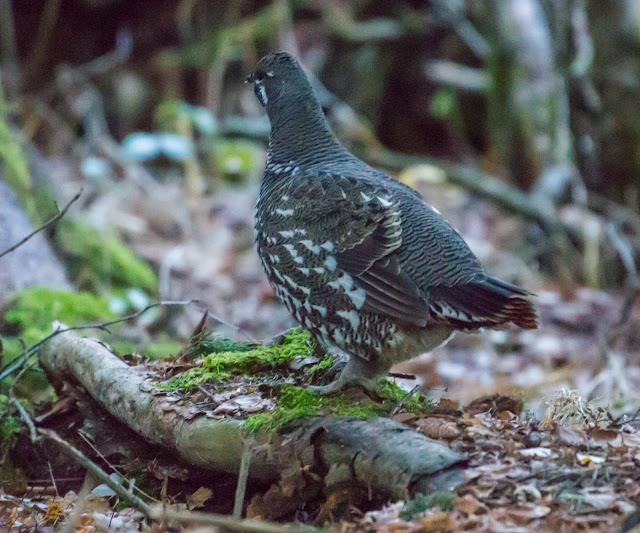 Sandy Quimby's husband Bart got a new camera and sent me a few photos of local stuff. The bird in the photo above is a non-breeding male, Spruce Grouse. 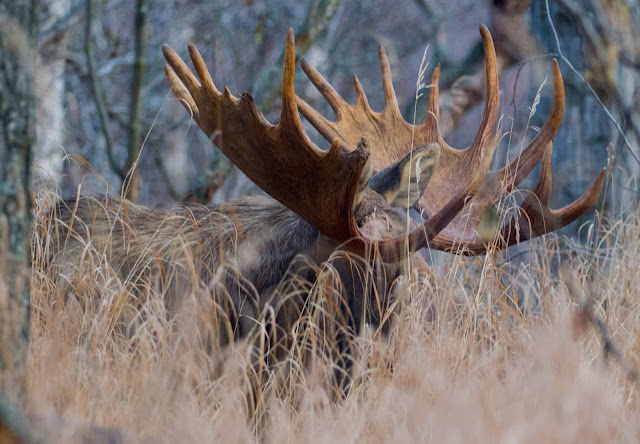 A magnificent bull Moose resting in the tall grass.

Potter Marsh ducks. The marsh is now frozen over and most of the ducks are gone. 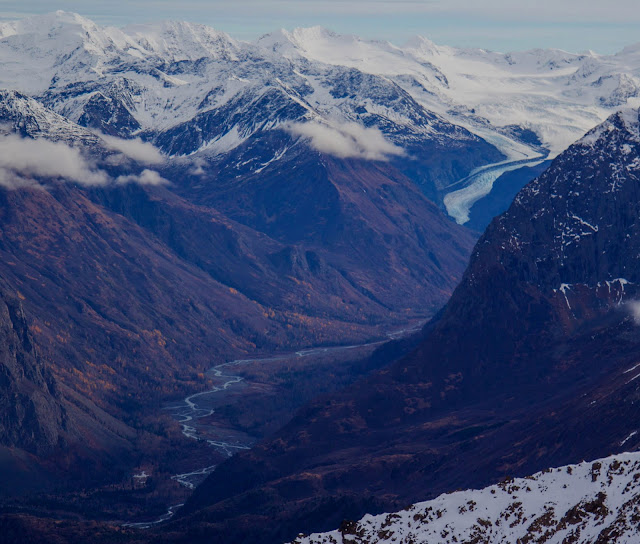 A grandiose panorama of the Eagle River valley.
Bart and Sandy recently went to Raratonga in the Cook islands and got some wonderful photos. I will post those photos soon.
Posted by john at 4:54 PM

The Hummingbird is going to perish in Alaska's snows fairly quickly, isn't it ? More obvious for this vagrant than for others.