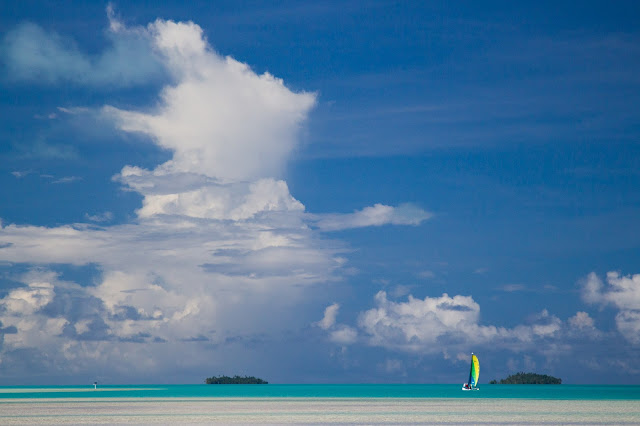 Before I report on Sandy and Bart's trip to Raratonga I need to mention that the Costa's Hummingbird that I wrote about last post is still alive and kicking. This is despite the fact that we are experiencing a major cold spell with overnight temperatures below zero f and the day's high at about 16f. That is about , -18 and -10C.
Mr. Whitekeys installed a heat lamp next to the feeder to keep it from freezing solid. The hummingbird's survival has made the local television news. 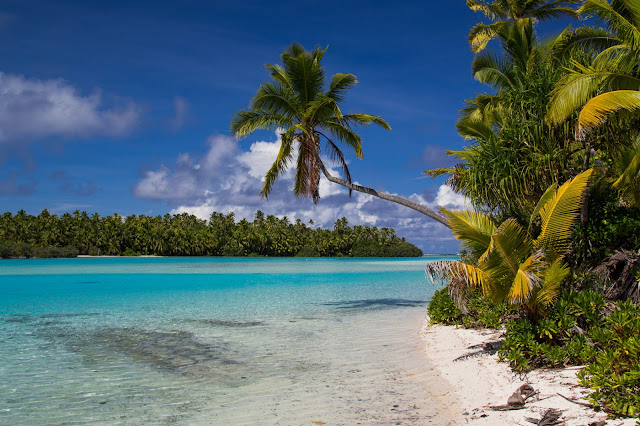 Anyway Raratonga is part of the Cook Islands in the South Pacific. Sandy and Bart Quimby went there recently to do some snorkeling and relax on the beach. They said that their trip was less expensive than an equivalent trip to Hawaii, without all the tourists and blatant commercialism. 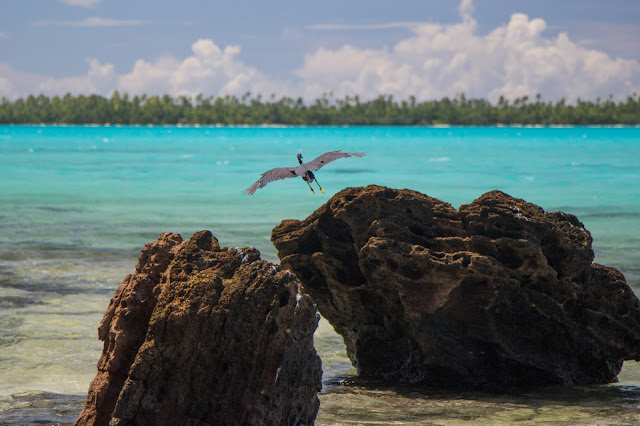 The Quimbies are not birders but they did photograph a few birds, like this Pacific Reef Egret. 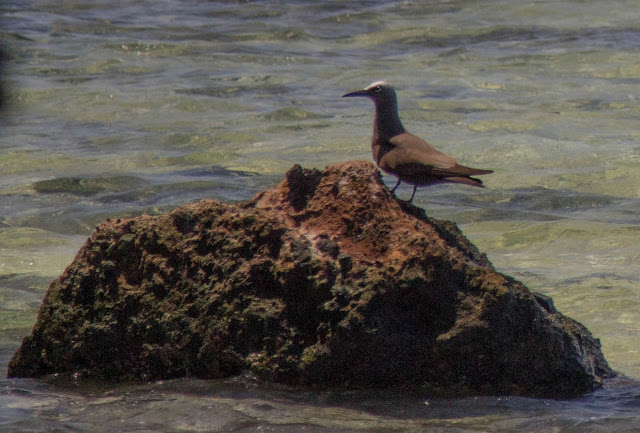 A Brown Noddy, which is a species of tern. 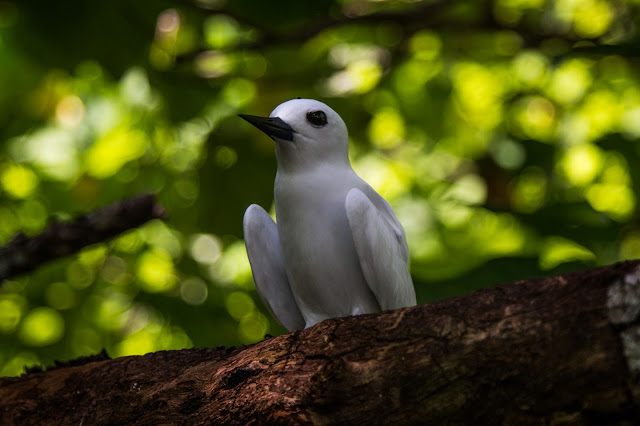 This bird makes me jealous because I have long wanted to see a Fairy Tern, also called White Tern. They lay their eggs and raise their young on bare tree forks. 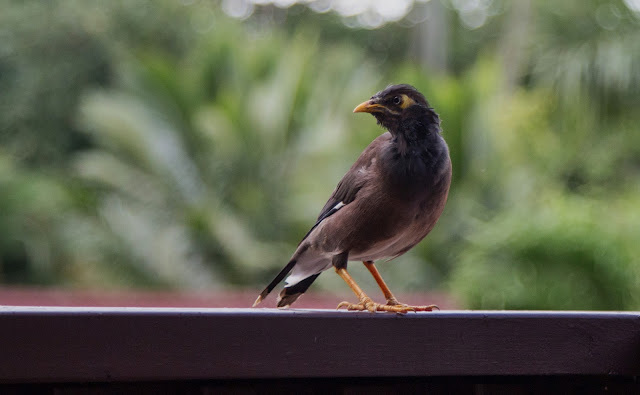 Isolated islands tend to have few land bird species. This Common Myna is an introduced species. Mynas can adapt to just about anything. 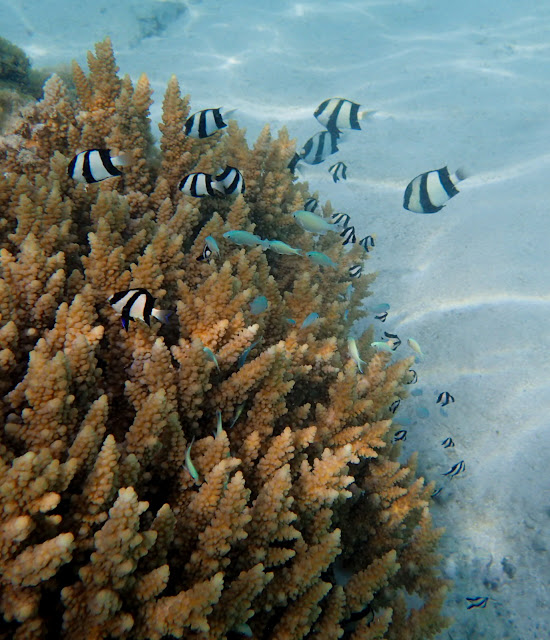 The coral reefs are what draws most visitors to the Cook Islands. I think the fish are two species of Damsels. I used to be into snorkeling when I was very young but all that was a long time ago. I did most of my skin diving in the Sea of Cortez and California's Channel Islands. (note, Maggie says they are Humbugs, (black and white fish) and Some sort of Chromis, probably Green Chromis.) 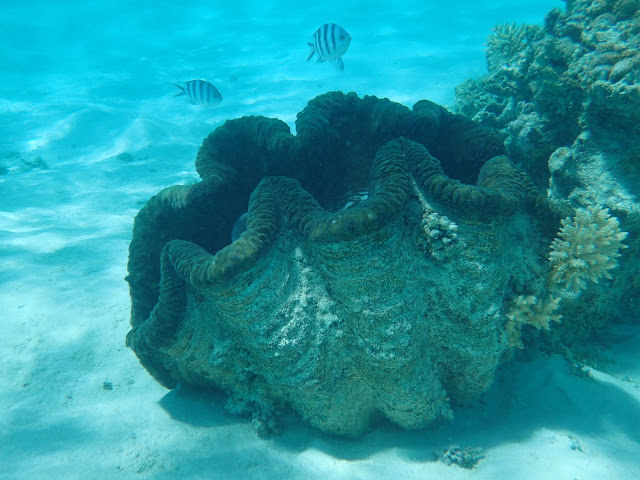 A Giant Clam and I believe the fish are Sargent Majors. 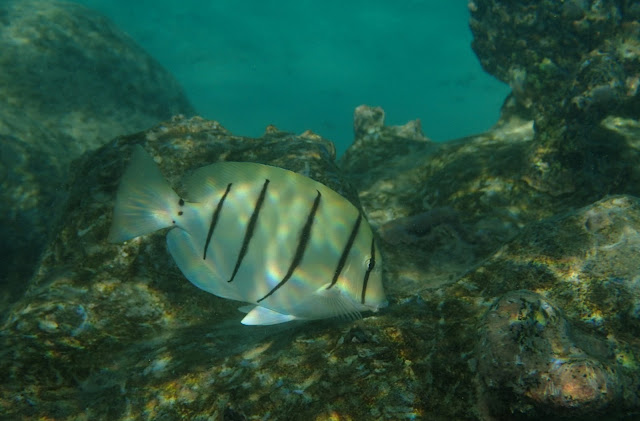 This may be some sort of angel fish. I bet Maggie would know. She is big time into scuba diving and I am pretty sure that she went to Raratonga a few years back. (Maggie is not sure about this species and she has not been to Raratonga yet. Right now she is in Oaxaca, Mexico) 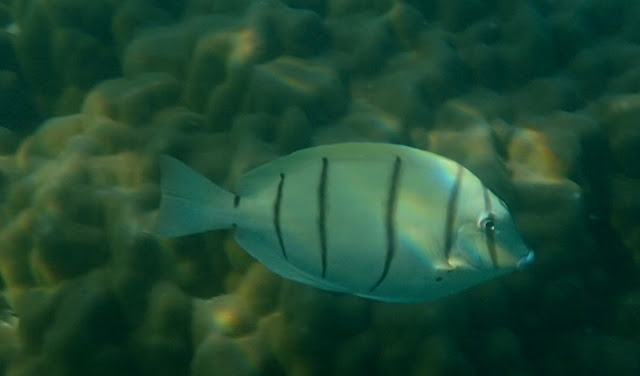 Another shot of the same species but not the same individual. 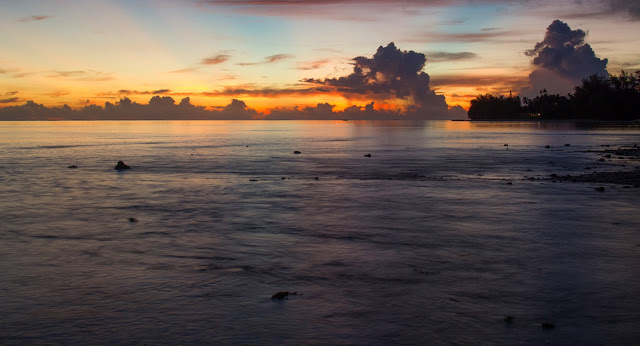 Magnificent sunrises are common in the tropics but a rare sight in Alaska. 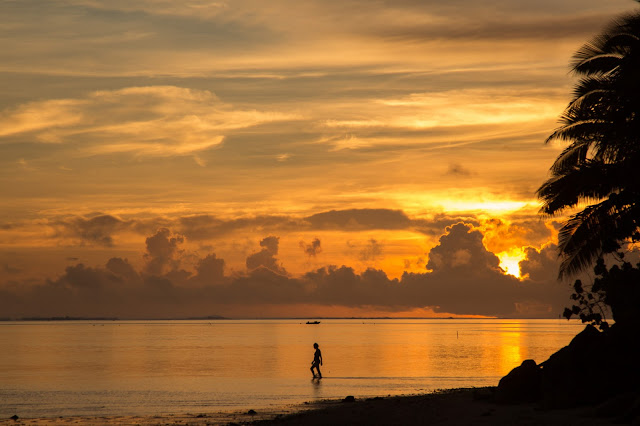 Of course the same is true for the sunsets.
Posted by john at 4:33 PM

We get Common Mynas as an introduced bird here in HK, too.

Glad to hear the Costa's hummer is hanging in there !