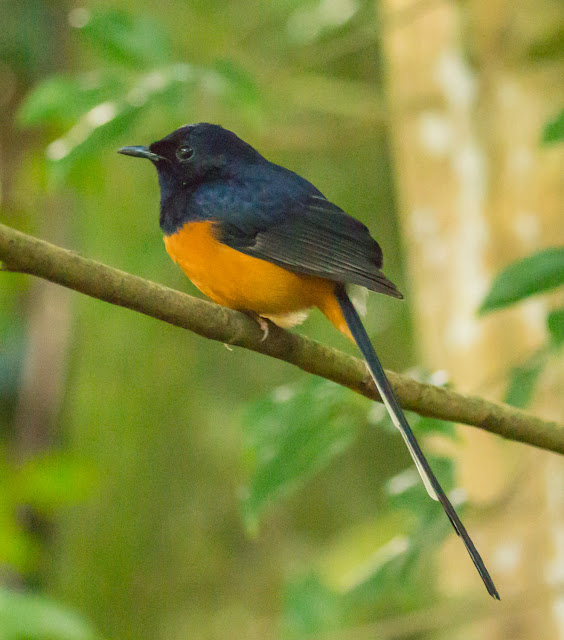 The last post was about Bart and Sandy's trip to Raratonga. Right now Bart is on a business trip to Hawaii, the island of Oahu.  He recently purchased a fine telephoto lens for his camera and he brought it along to occupy his time when he is not working. He has been sending me photos every few days.
This puts my bird identifying skills to the test. I'll call this one an introduced White-rumped Shama although the shamas I saw in Thailand have redder underparts. Maybe island life is changing them over time. They have wonderful singing voices. 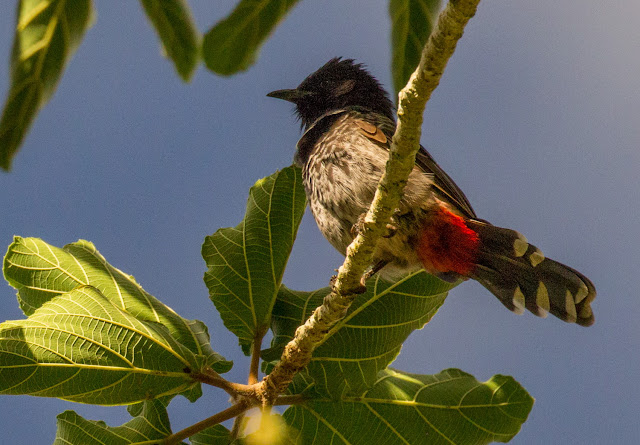 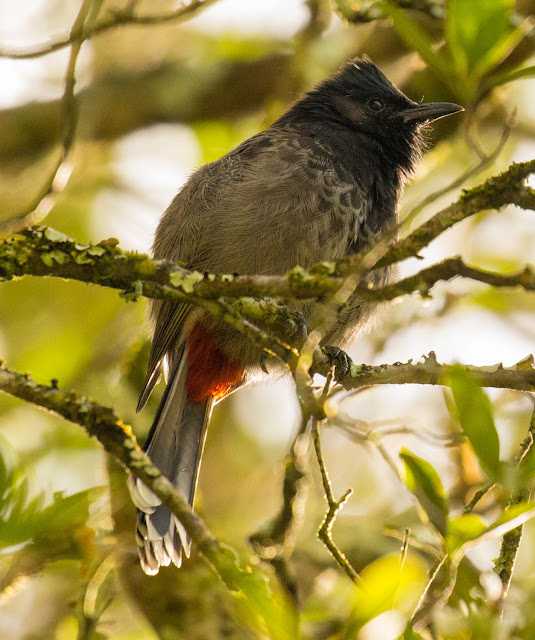 I love the scaling on its breast. A handsome bulbul. 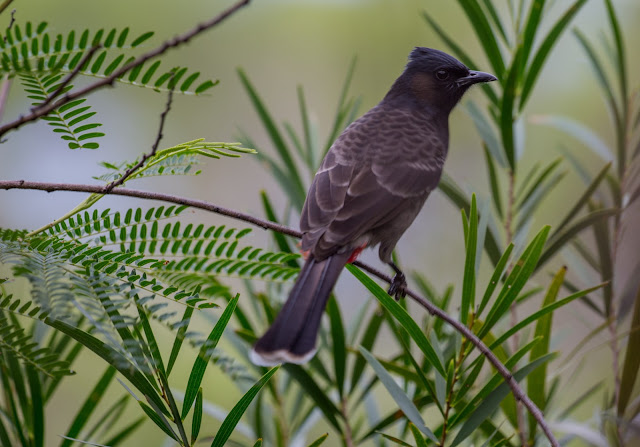 The species deserves a third look showing  some more scaling on its back. 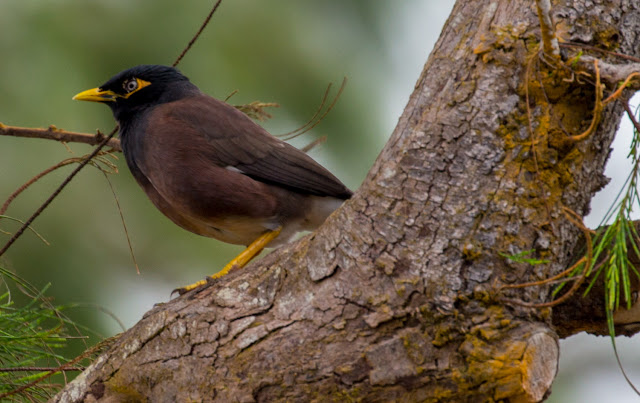 An introduced exotic that comes from the same region of the world, Common Myna. The Quimbies saw some in Raratonga as well. 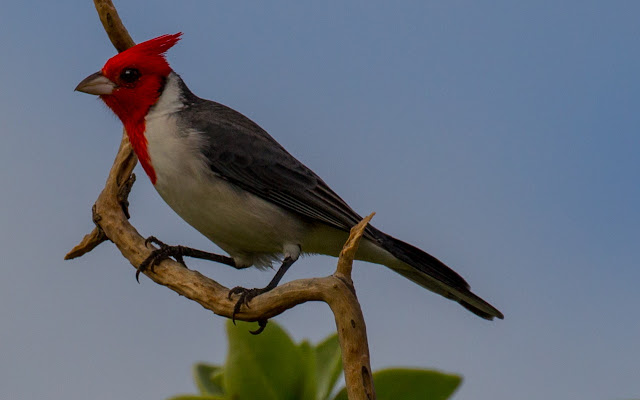 This one comes from South America; A Brazilian Cardinal. 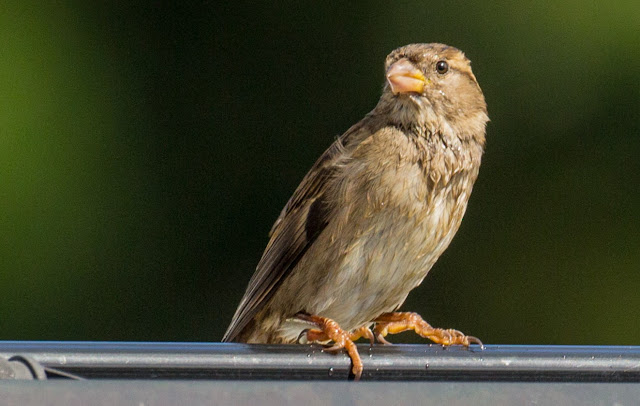 The most exotic of all, a House Sparrow. Although my caption is 'tongue in cheek', it would be an exotic bird here in Alaska. We never see them. 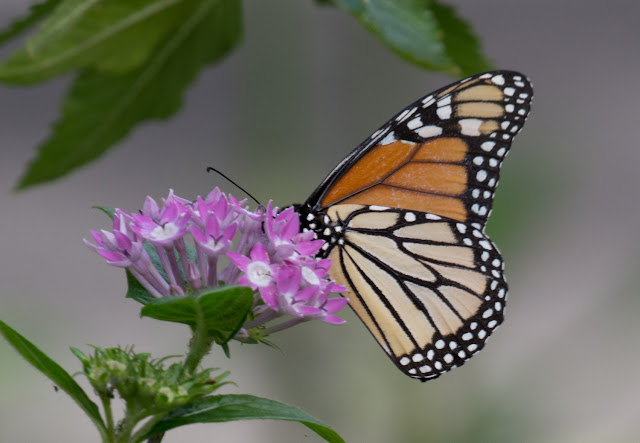 They are not all birds; this Monarch, (or Monarch relative) may or may not be an introduced species. 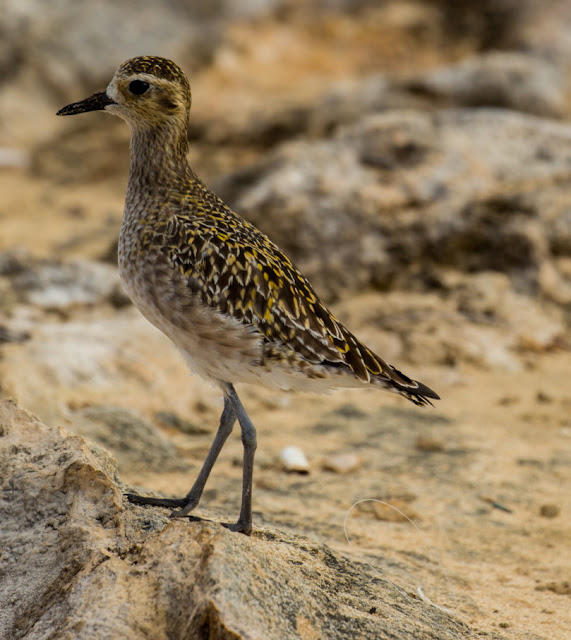 Not an introduced exotic, Pacific Golden Plovers get to Hawaii on their own. 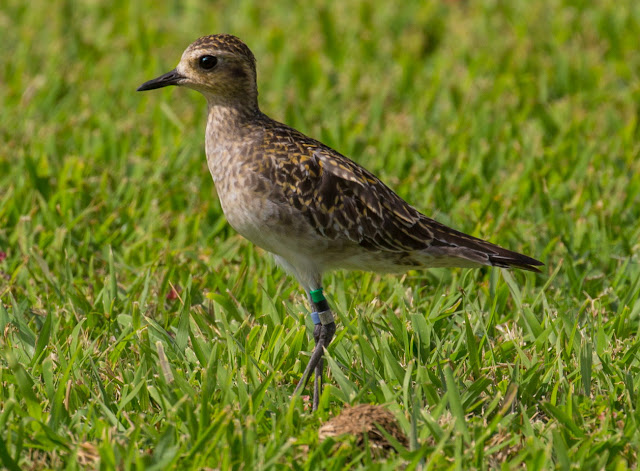 This PGP has banding on its legs. Where was it banded, Australia, New Zealand, Hong Kong, Alaska, or Hawaii? That is what makes me curious. 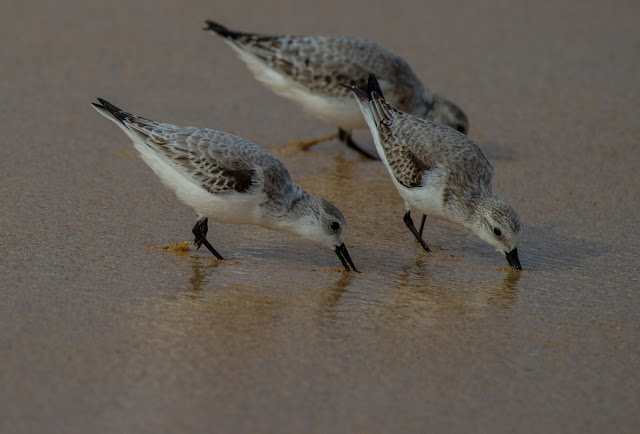 Another shorebird species that naturally occurs in Hawaii. These are Sanderlings. Both Pacific Golden Plovers and Sanderlings breed in Alaska, although we seldom see them in Anchorge. 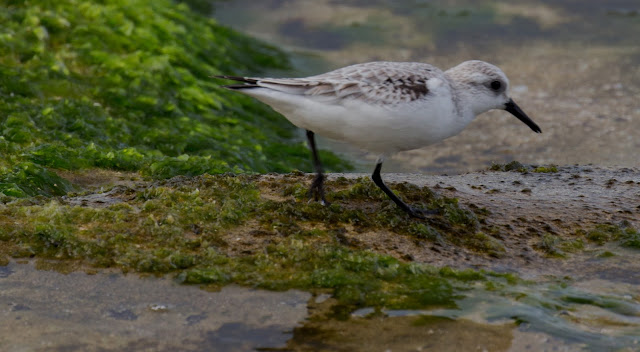 I believe that this Sanderling is a juvenile bird. Sanderlings look completely different in their breeding plumage.
There is more to come from Oahu.
Posted by john at 12:34 PM

Saw a lot of these birds when we visited last year - also managed a few of the endemics too so all in all, an amazing trip - thanks for bringing back fond memories!