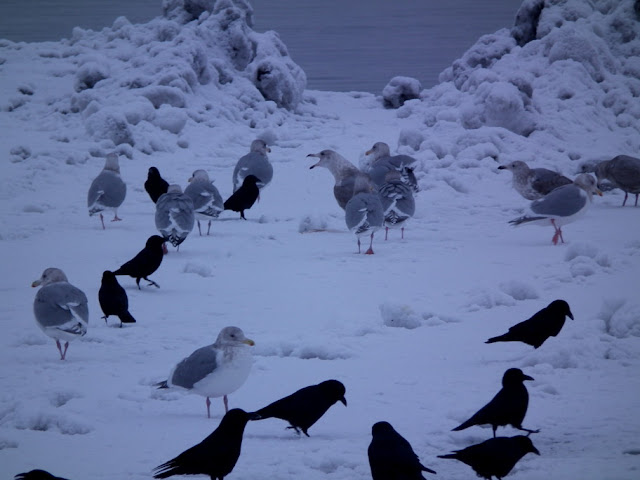 In Seward last Saturday, some of the first birds we saw were a group of Northwestern Crows, and Glaucous-winged Gulls on the beach. 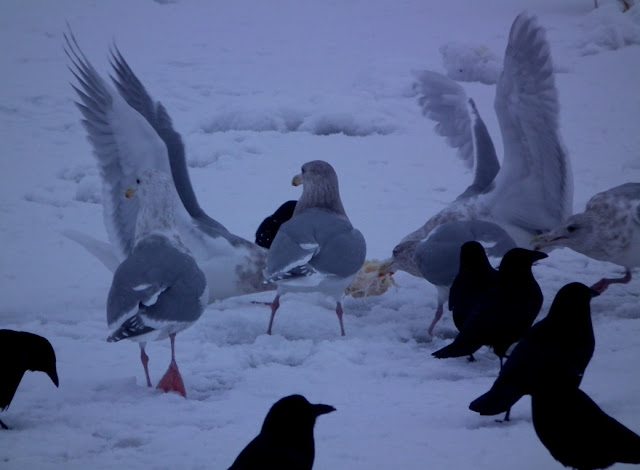 Someone had thrown out some freezer burned fish, and that drew a crowd. The gulls were dominate over the crows. A Bald Eagle was the big boss, but it left when we showed up. The eagle then took up a vigilant watch over the boat harbor from the mast of a fishing boat. 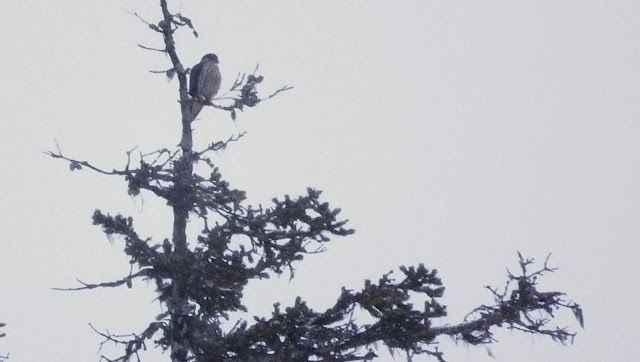 Other than Bald Eagles, there tends to be very few raptors in Alaska during the winter months. We were happy to see this distant Merlin. 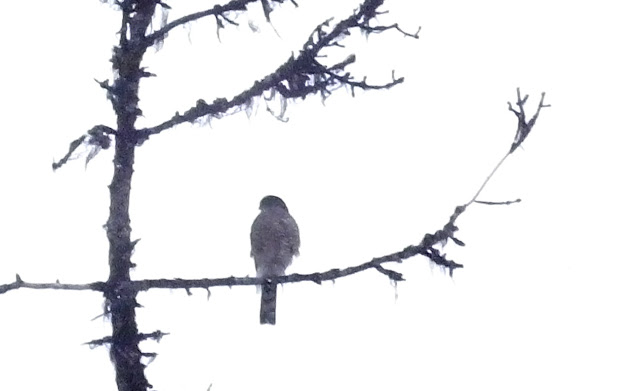 To add to our delight, we spotted this Sharp-shinned Hawk nearby. It's been years since I've seen a sharpie in Alaska. There was a house with bird feeders nearby, and that is what drew in the raptors, (lots of small birds for dinner). 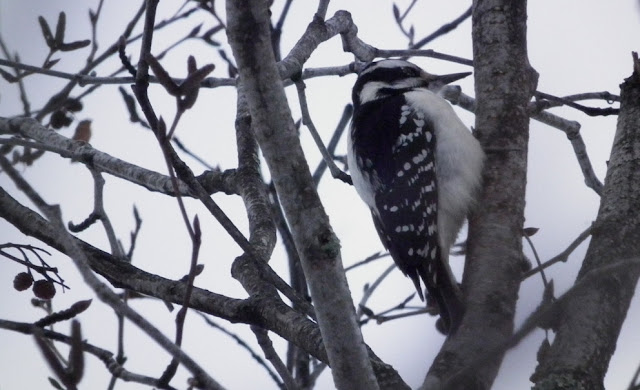 A behavior that I've never noticed before was the way that woodpeckers froze when they saw the raptors. There were six woodpeckers near the bird feeders. They all became utterly still for minutes at a time. This is a female, Hairy Woodpecker. 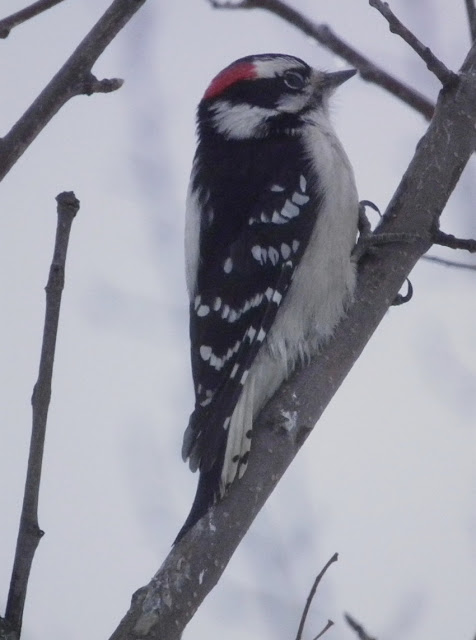 Another petrified woodpecker, a male, Downy Woodpecker. I only wish that the light was a little stronger so that I could have gotten sharper photos. 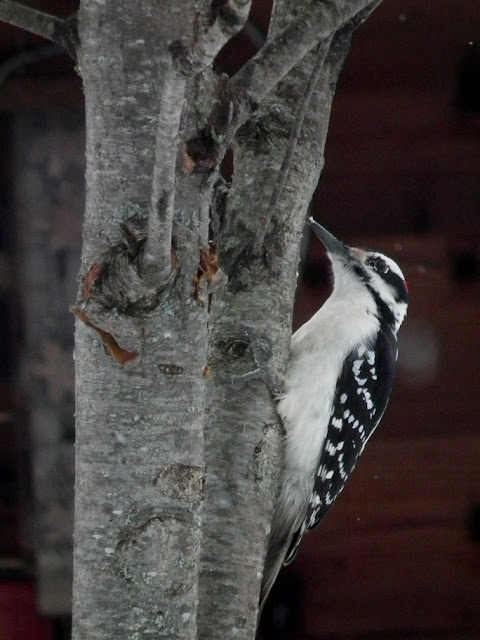 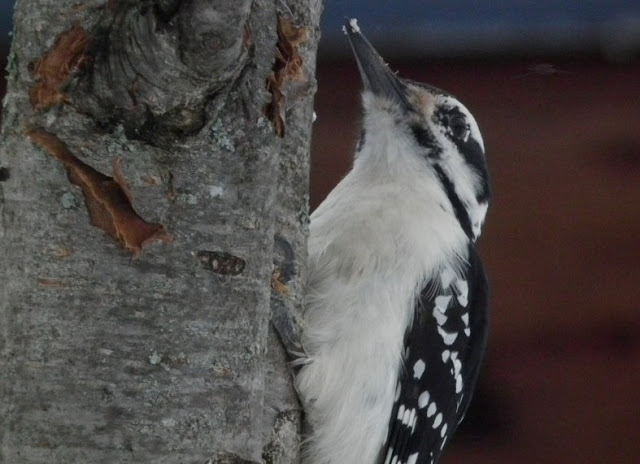 This bird allowed me to get very close, and never even blinked. 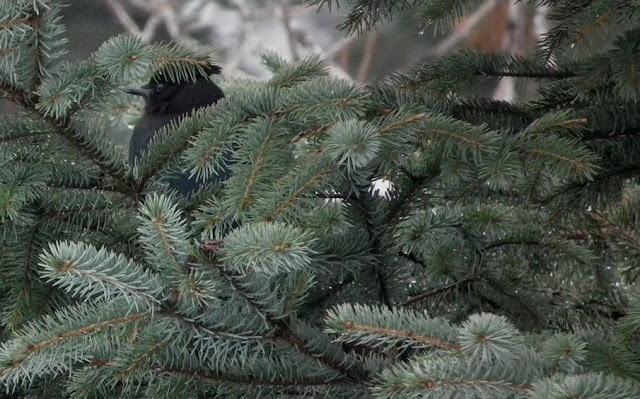 This Steller's Jay not only froze, but attempted to hide as well. 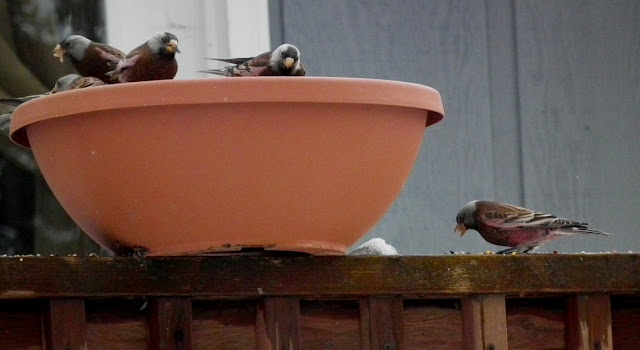 At another bird feeder, I got my second new species of 2012, Gray-crowned Rosy Finches. 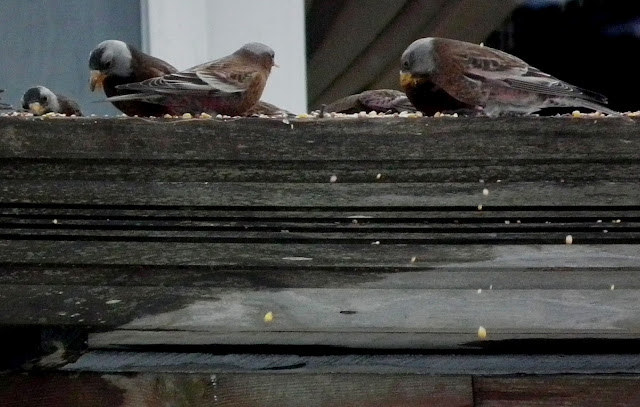 There are not many places in North America where birders can go to see Gray-crowned Rosy Finches. Some of the islands off the coast of Alaska are a sure bet for seeing them. They are very hit or miss on the mainland. I know, I have missed them for 15 years.
So I pretty much quadrupled my yearly list of birds on that day. 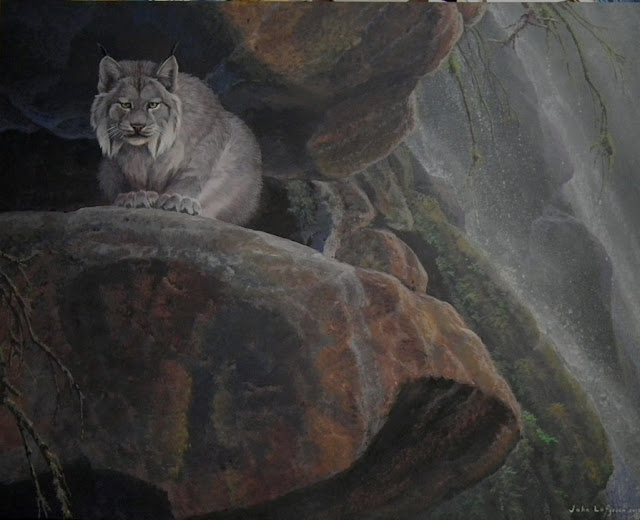 My latest painting of a Canada Lynx, Cool Cat, 16x20". Lynx's are hard for me to paint. I have started many lynx paintings and abandoned them because it is so difficult to make these lanky, fuzzy cats look natural. I am personally pleased with this one. As usual the photo does'nt do the painting justice. 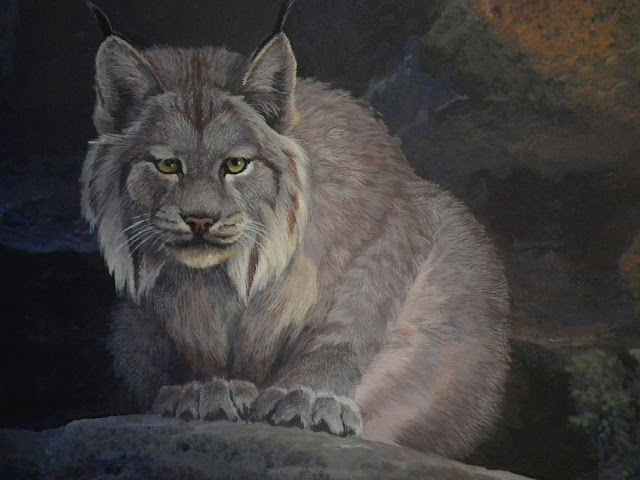 A detail of the cat. It's probably my best lynx painting. Now I'm off to my favorite Mexican restaurant.
Posted by john at 1:41 PM

Good painting of canadian linx,i had painting an eastern siberian linx (linx linx wrangely)in a siberian pine forest landscape, but the result not was bery good,i can't armonice the position of the animal in the forest,and also looks a flated silouete of the body.I have to repeat other new painting this year.

More nice birdy photos and I do love the lynx painting - great subdued lighting along with interesting textures and composition - your best yet?