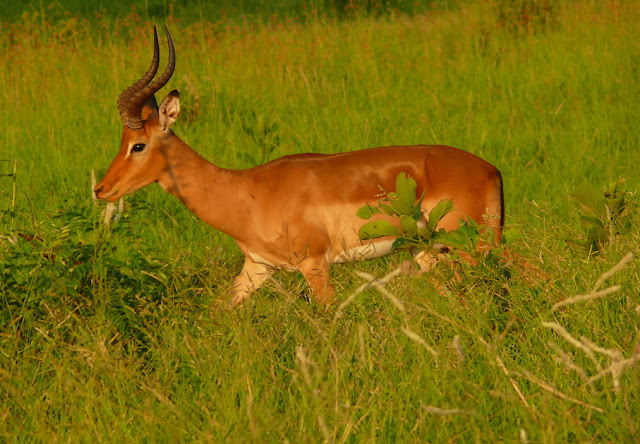 Time to continue the South Africa trip. Tom and I left Johannesburg in a little Renault sedan. We decided to drive all the way to the top of the country and enter Kruger National Park in it's northernmost entrance gate at Punda Maria.
We could'nt get there in one day, and we stopped for the night at a small game park called Bundox, (boon docks). It was a pleasant place and we saw many good birds there. The highlights being Brown-hooded Kingfisher, and Pearl-spotted Owlet.
It was late afternoon when we passed through the Punda Maria gate. The Impala above is one of the first animals that we saw inside the park. Kruger is one of the gems of the whole African continent. There are other parks that may be just as good, but none better.
We had a good ways to drive to get to Punda Maria Rest Camp before dark, (they lock the gates at dark) so we had to hurry. We did'nt bother to make reservations ahead of time so we were really taking our chances on there being any vacancies there. 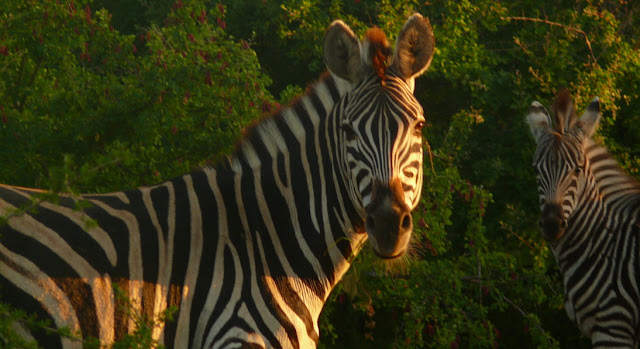 The late afternoon light was ideal for photography, and there were willing subjects everywhere. We had to stop many times in spite of the late hour. It was a little after dark when we made it to the rest camp, but the gates were still open. The park staff was very surprized, and not pleased that we had no reservations, but there was a vacant, large, air-conditioned bungalow with several beds. Thank goodness. 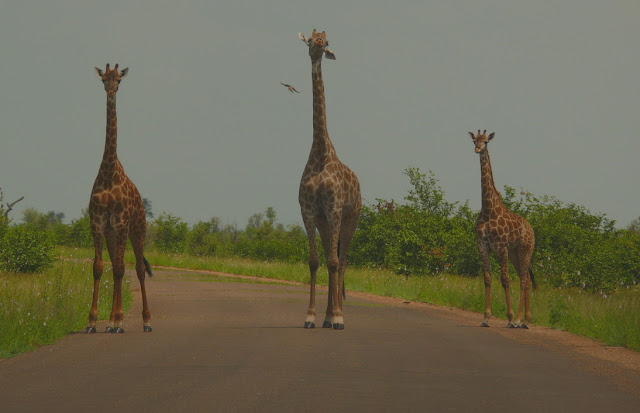 One of the African animals I really anticipated seeing was a giraffe. They were impossible to overlook in Kruger, especiall when they were blocking the road.
By the way, Kruger was nearly unbearably hot. You can even see the heat in this photo. Without air-conditioning in the car, and in the rooms, I doubt that I even could have endured the place. 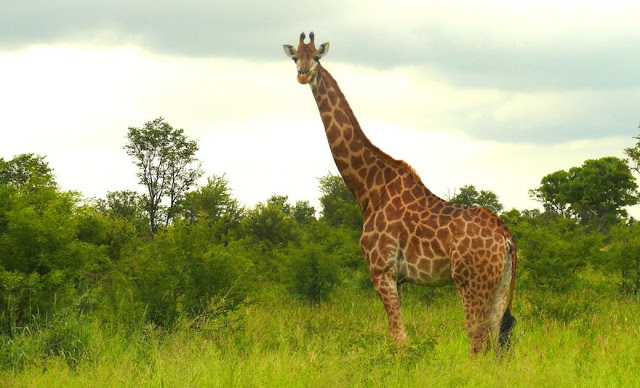 A better view of a giraffe. Many of the giraffes were accompanied by Yellow-billed, and mostly Red-billed Oxpeckers. 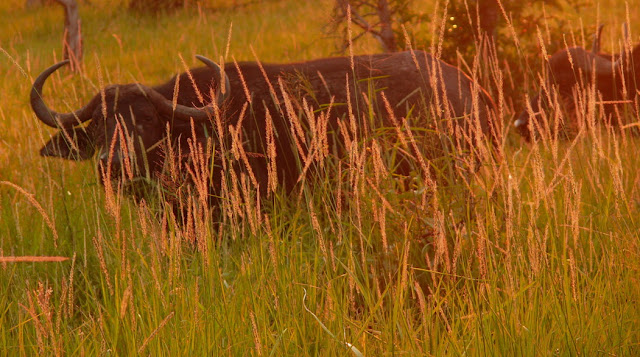 We made sure that we were out at first light, and never returned to the fenced safety of the rest camps until the very last light of day. Often during the heat of midday we did go to a rest camp for a nap. This Cape Buffalo was near Punda Maria camp just before dark. 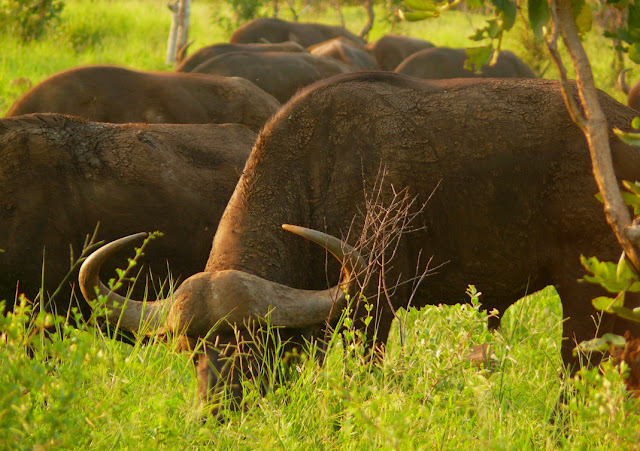 This particular herd of buffalo completely surrounded our car and kept us from travelling while they casually grazed. We went to the very top end of South Africa at a place called Crook's Corner. It lies at the meeting between South Africa, Zimbabwe, and Mozambique. We gazed across two crocadile and hippo infested rivers at the two other countries, then we headed back south from there. 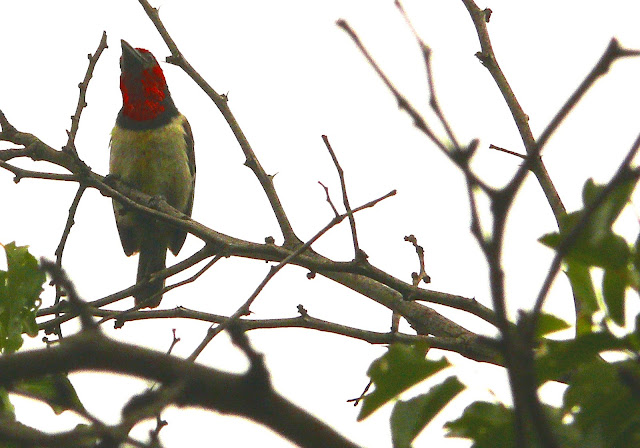 We saw a number of striking, Black-collared Barbets but I could'nt get them to pose for me in good light. 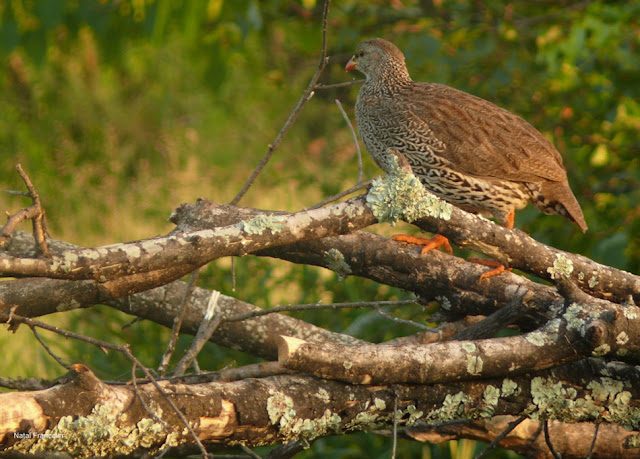 A new species of francolin for me, Natal Francolin. Thet were quite abundant.

A target bird that I was thrilled to see, Lilac-breasted Roller. 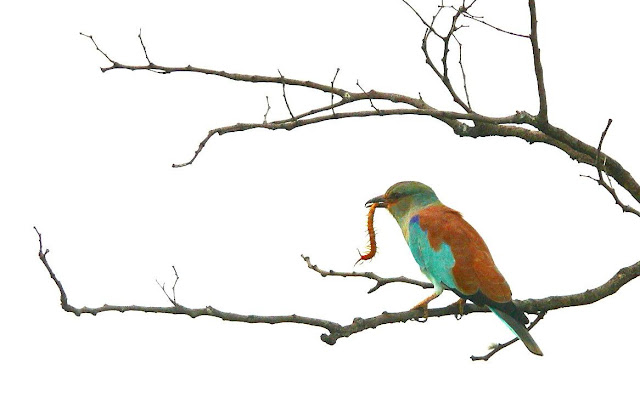 Another species of roller, European Roller. This one enjoys a large centipede. They were more abundant, and dominant over, Lilac-breasted Rollers. I really had to wash out this photo to bring out it's colors because the bird was set against an overwhelmingly bright sky. 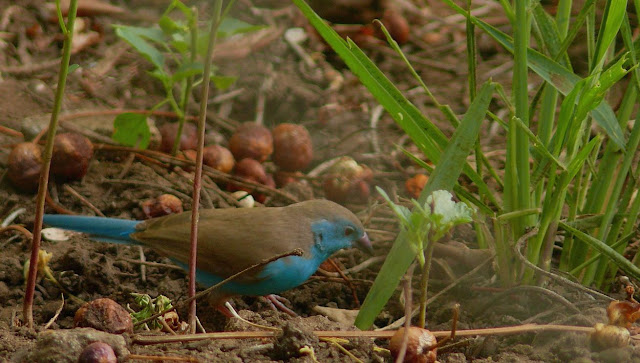 Another colorful, and abundant bird. Blue Waxbill. They are also known as Cordon Bleu in the pet trade. 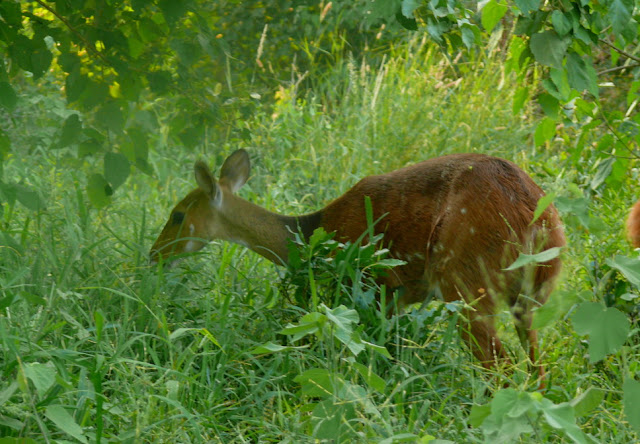 Africa has a number of diminutive species of antelopes. We saw some really adorable antelopes that I wanted to bring home with me. The most abundant of them, and the largest, was the Bushbuck. The Bushbucks that we saw in Uganda were shyer, and more vividly marked.
Posted by john at 4:26 PM