Before we came to South Africa I checked out Birdingpal SA.com. I made plans with a local (free of charge) birder to be shown around the Johannesburg area. We got so much more than we were anticipating.
Malcolm Henderson and his wife Sue picked us up in front of Mufasa Backpackers at 7:00 am. It turns out that he was a big time bird guide who lived for birding.
On that day, (which remains the greatest birding day of my life) they took us to Marievale and Suikersbosrand Nature Reserves, about 20 or 30 kms outside of Joburg. 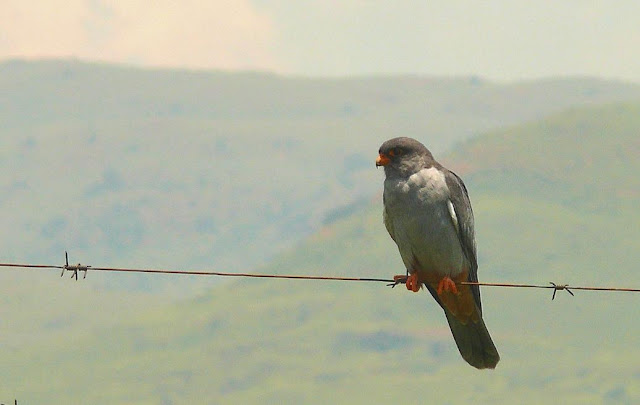 "We went to Marievale first, stopping along the way to check out several Amur Falcons, and Black-shouldered Kites, perched on barbed wire fences".

"Marievale is a large wetland outside the rundown town of Nigel. There was a hide in one area, where we saw Whiskered Terns in breeding plummage." 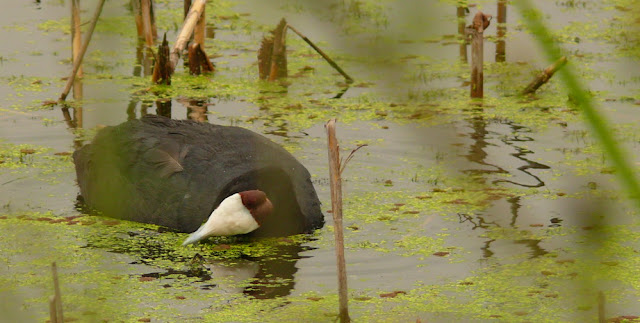 "Amoung the many common aquatic birds were the abundant, Red-knobbed Coots." 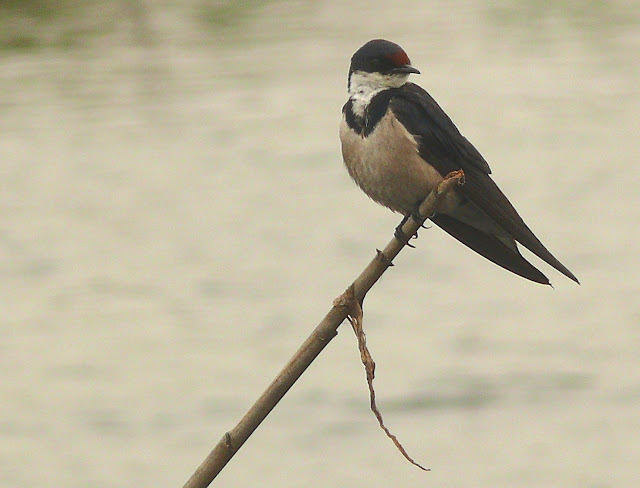 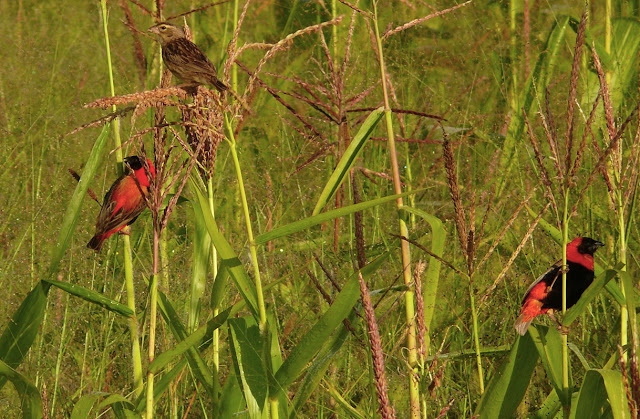 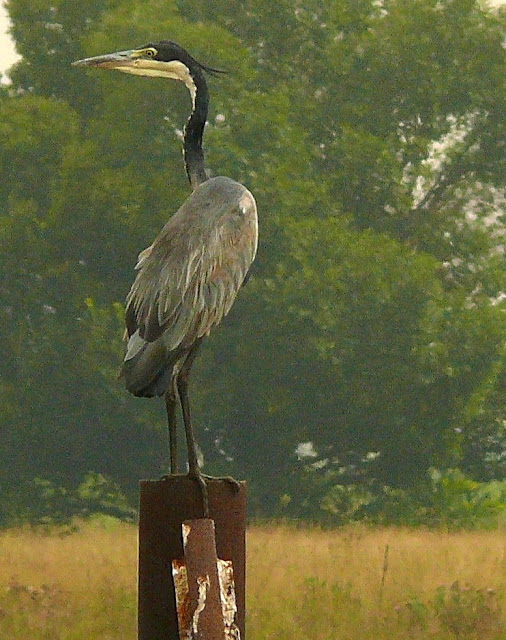 "We were able to admire a Black-headed Heron perched atop a fence post." 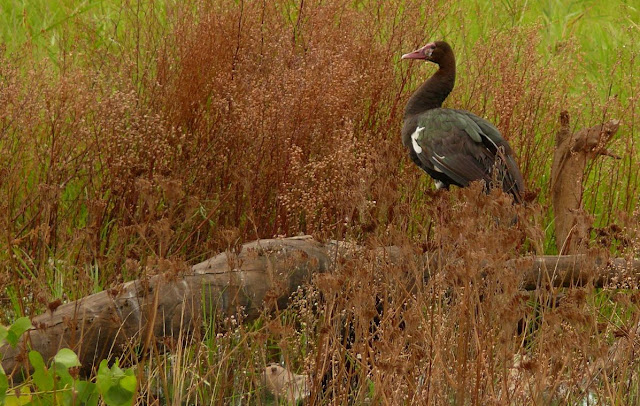 "New birds were paraded before us along a flooded dirt track, one after another. I got decent photos of a large, Spur-winged Goose". 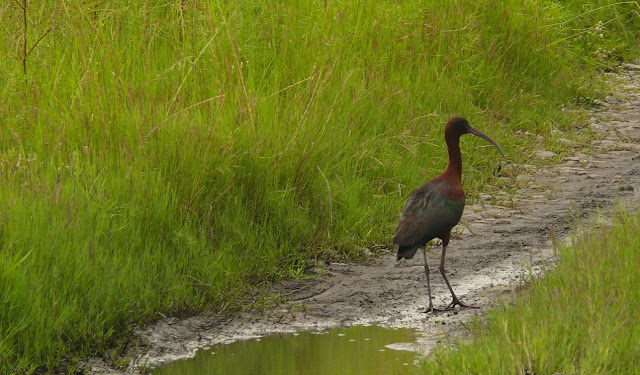 "Glossy Ibis is a near pan-global species. I have missed them everywhere until now". 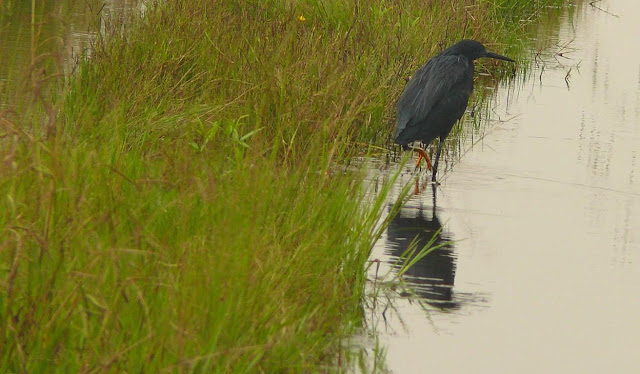 "Another of the many new birds that were along the flooded track was the Black Heron. It's also called Black Egret. It looks like a melanistic Little, or Snowy Egret. It has the distinctive habit of forming an umbrella with it's wings to cut down glare on the water's surface." 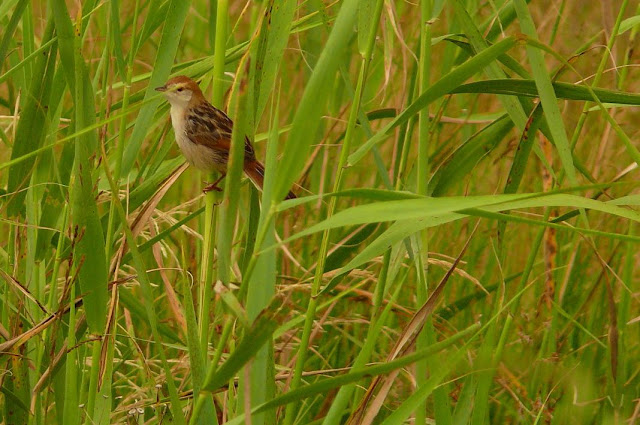 'There wre many passerines as well. I appreciated Malcolm's help in identifying the LBJ's like Levaillant's Cisticola". 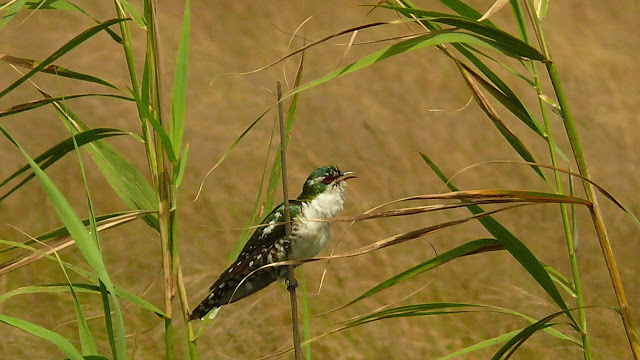 "The first Cuckoo of the trip was an attractive, and small, male Diderick Cuckoo." 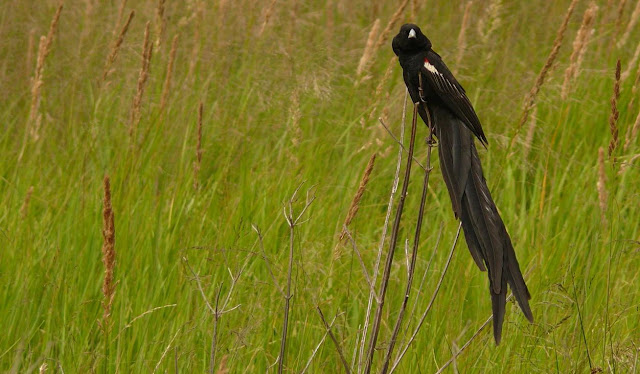 "One of the most conspicious birds in the grass was the displaying male, Long-tailed Whydah". 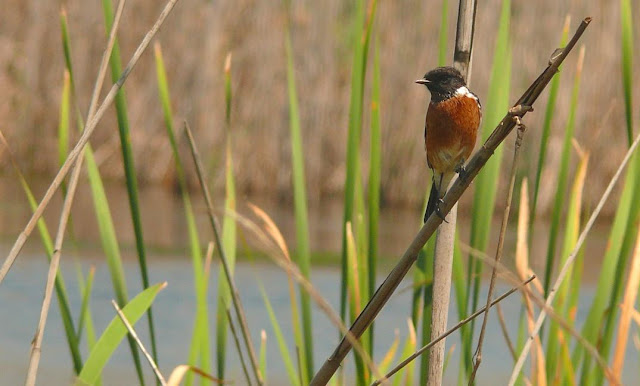 " A bird I saw in Thailand, Common Stonechat, is possibly the same species that Malcolm called, African Stonechat. More research is needed by me to determine whether I should consider it a lifer." " I always want to see at least one representative of each new bird family in a given area. One African bird family that I really wanted to see were the francolins. I got to see some Swainson's Francolins in both Marievale and Suikersbosrand." These are just a small sampling of the many birds we saw that day. Next up is super, Suikersbosrand.
Posted by john at 6:03 PM