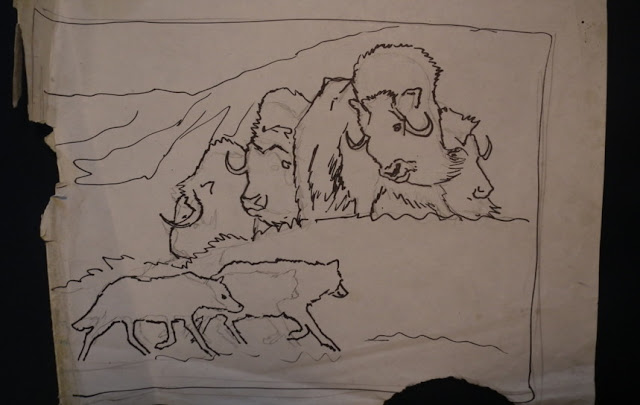 About fifteen years ago I was toying with the idea of painting some Muskoxen. The sketch above is the idea I came up with. At the time I felt that the idea was too mellodramatic, like a comic book illustration. So I put the idea away to give it some time to mature. 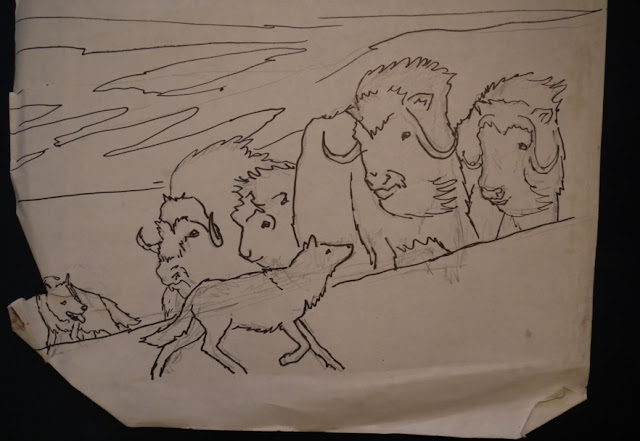 Every few years I would revisit the concept and try to come up with something worth painting. I filed the sketches between the pages of various reference books. 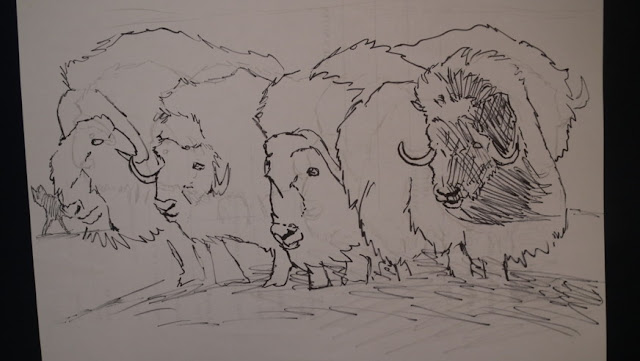 I kept fretting about what to do with the wolves, trying to figure out how dominate to make them in the composition, and where to place the center of focus. Eventually I decided to leave them out and concentrate on Muskoxen only.
Last year I finally started the painting and ran into difficulties immediately. I soon got discouraged and put the canvas into the recycle bin. This week I pulled it out with the intention of painting over it. Then a new idea came to me.

I remembered this Bison painting  from a few years ago, and how much I liked it. I thought that placing the Muskoxen in a blizzard and reducing the details down to a minimum, might make the painting look better. 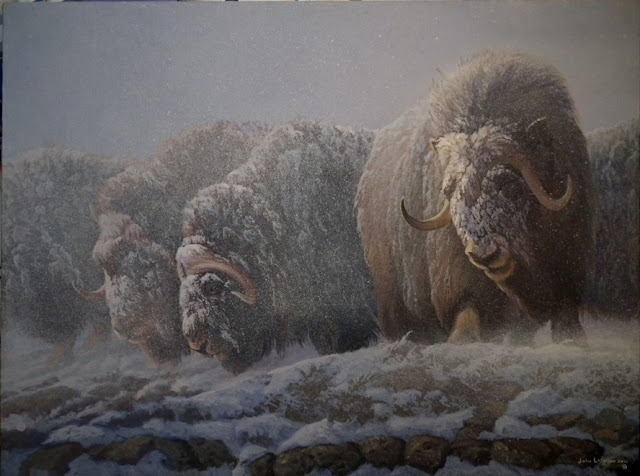 This is how it turned out. Shaggy Beasts, 18x24". I tried to emphasize stronger highlights on the left edges of the animals. I guess it looks good. Time will tell if I keep it as is. 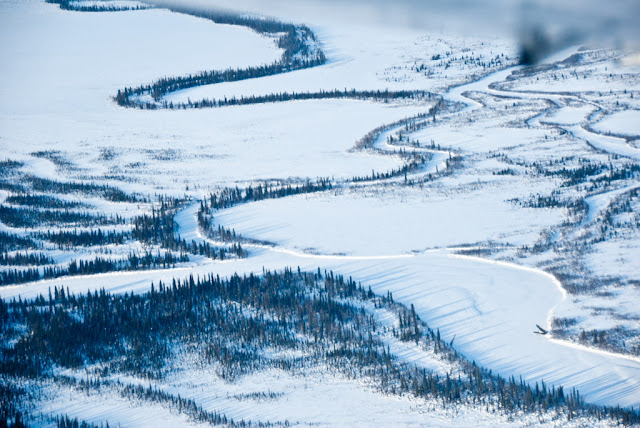 A few weeks ago, during the middle of our serious cold snap, Scott Christy decided to fly over Mt. Mckinley. It's a long flight over a frozen winter landscape. 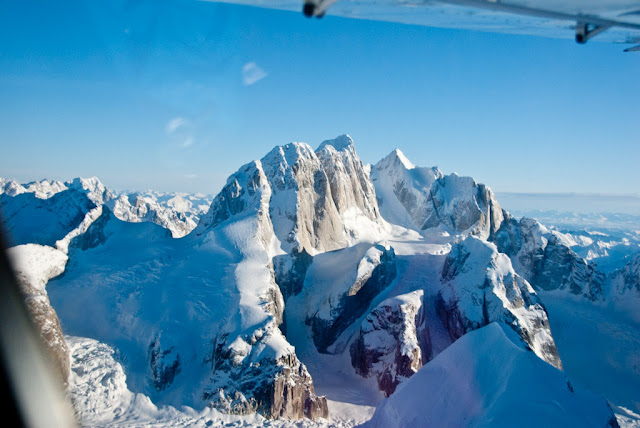 This is one of the dominate peaks of the Alaska Range, The Moose's Tooth. 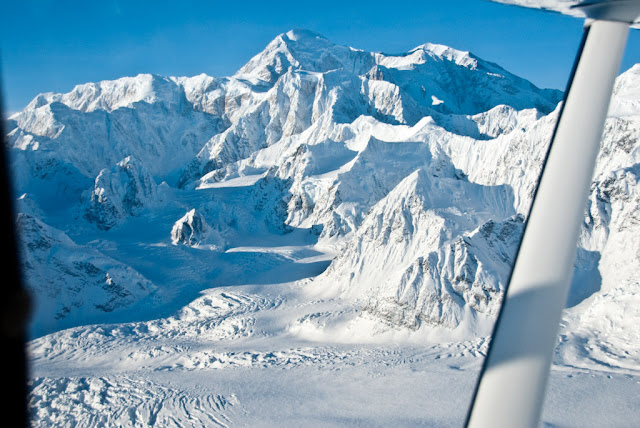 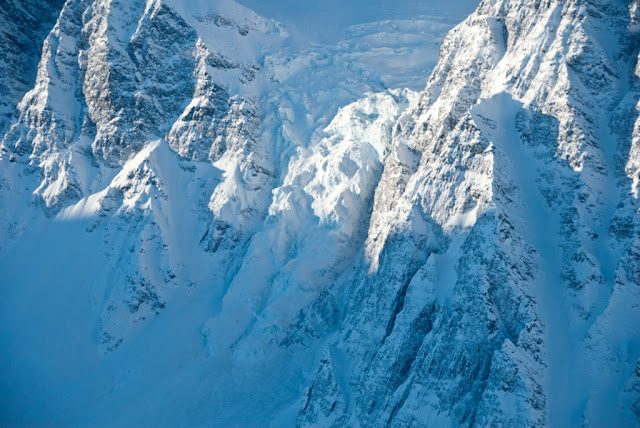 An avalanche starting to spill down a narrow pass. The reason that so many people die.
Posted by john at 6:08 PM

The Bison and Muskoxen are great paintings John, two of your best!! Would love to see more like this. Amazing photos too, would be incredible to see some of that firsthand!