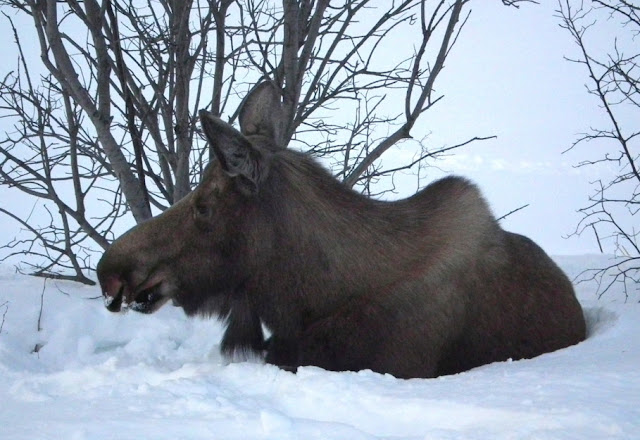 Today I did something that I have not done in months. I hiked the Coastal Trail. This Moose with her growing calf were next to the trail. 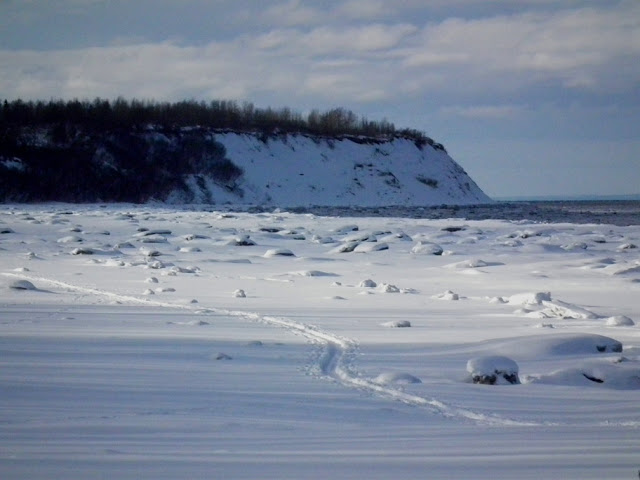 The weather was very mild by Alaska winter standards, near freezing. So I got really ambitious and started hiking near Point Woronzof in the photo above. It was a much longer walk than what I was doing last summer. 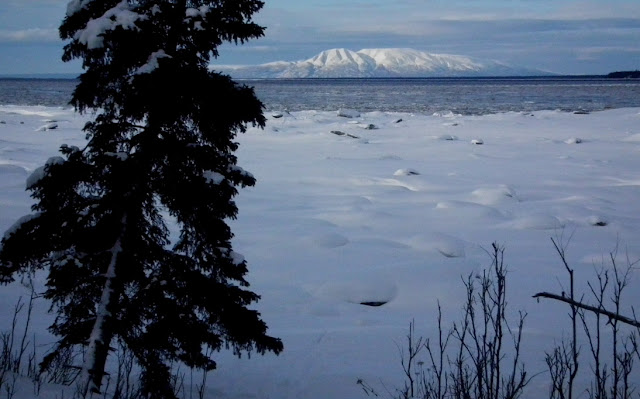 Sleeping Lady had good light on her blanket of snow. Along the coast, there was not a shorebird, gull, or duck to be seen. 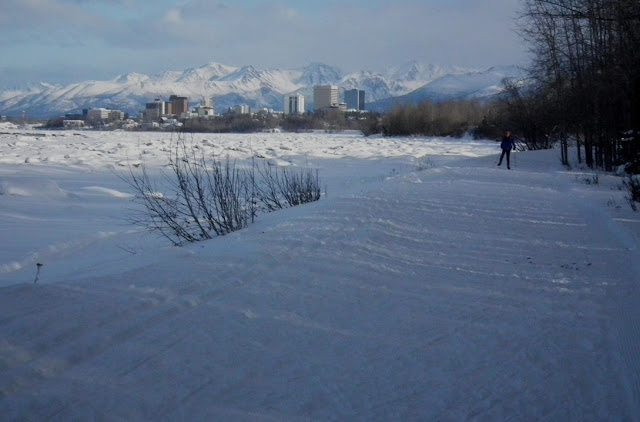 A cross-country skier glides along the trail with the buildings of downtown Anchorage in the background. 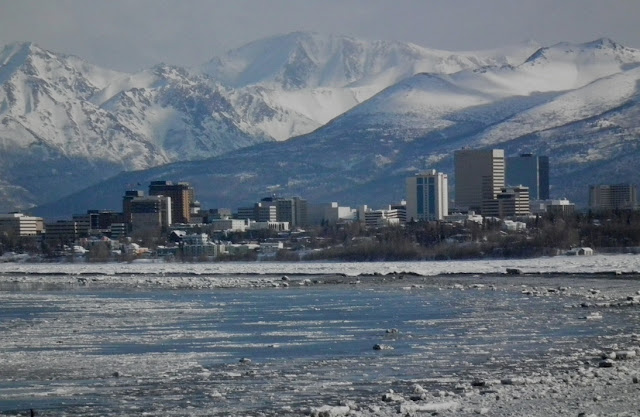 A picturesque view, for a city anyway. Anchorage looks better from a distance, like most cities. 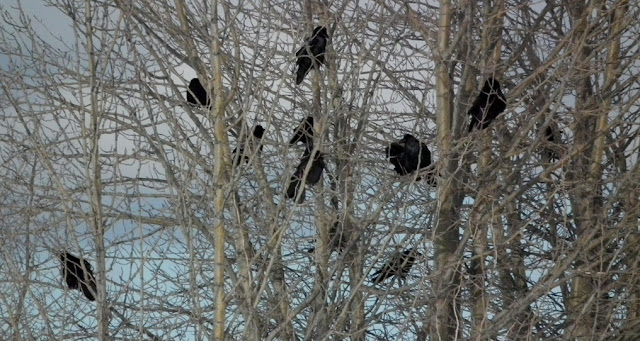 A group of Crows is called a murder of Crows. What is a group of Ravens called? 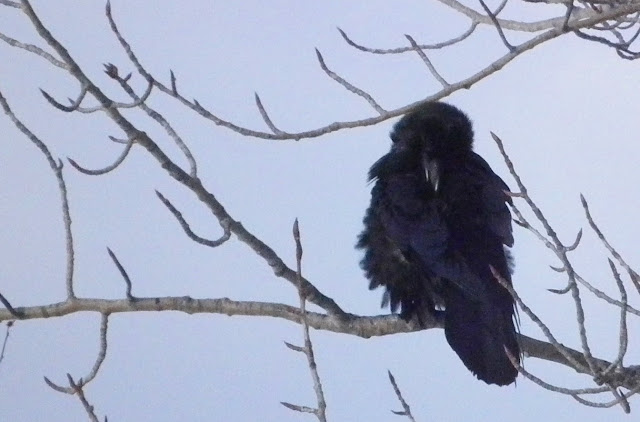 It's a challenge to photograph a dark subject against a light background, especially Ravens against snow. 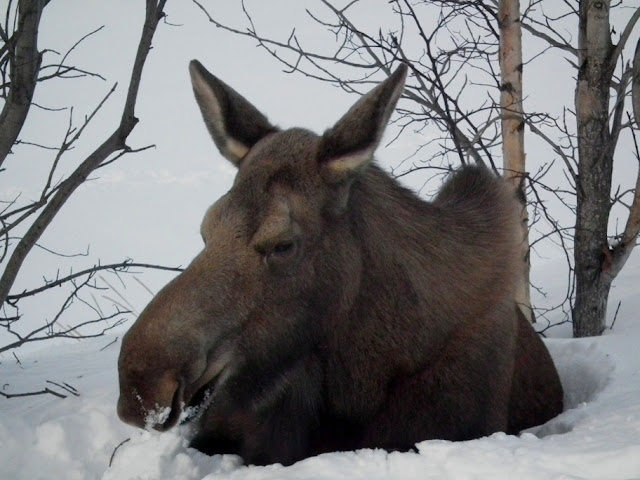 Another view of the mama Moose. She and her calf were near the very end of the trail where it connects with downtown Anchorage, right beside the busiest part of the trail. I had to walk past them within about 6ft, (two meters). She never even bothered to get up. The calf photos did'nt look quite good enough to include here. 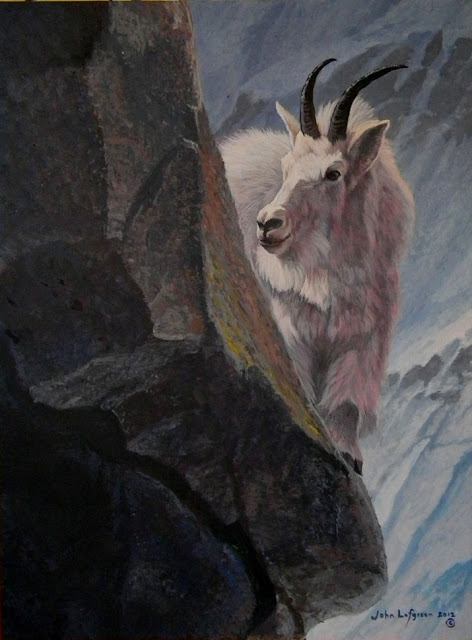 My latest painting of a Mountain Goat, Death defying, 12x9". 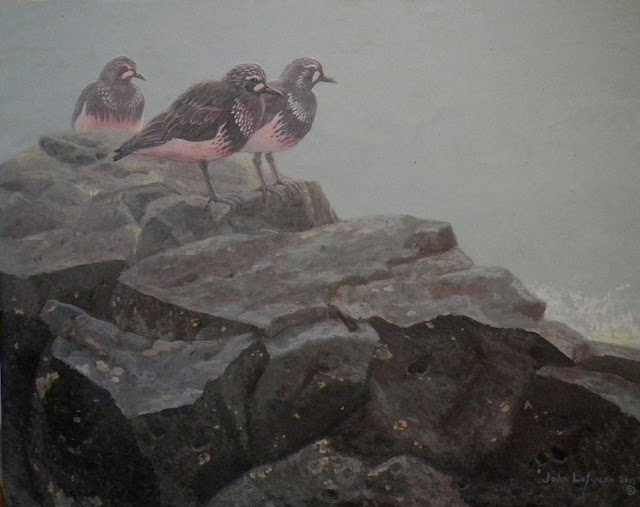 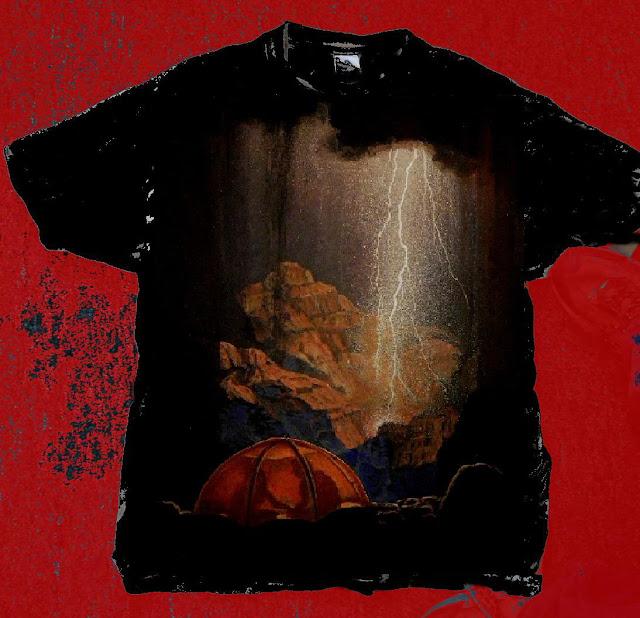 My latest Threadless submission. Check it out at, http://threadless.com/sharedesign/400365/Electrifying_Love.