Into the Heart of Kruger 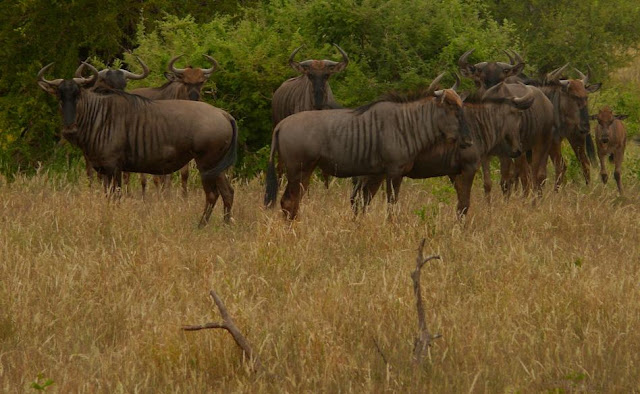 After leaving the Punda Maria section of the park, Tom and I spent the day slowly making our way to Shingdwezi Rest Camp. Once again, we had no reservations there, nor any where else for the rest of the
trip. There were vacancies everywhere.
We spent our time concentrating on the wildlife of Kruger as we drove towards Shingdwezi. We saw lots of Wildebeests, like the photo above. In South Africa, they do not form huge migratory herds like they do in Tanzania. They find enough browse without having to travel so far. 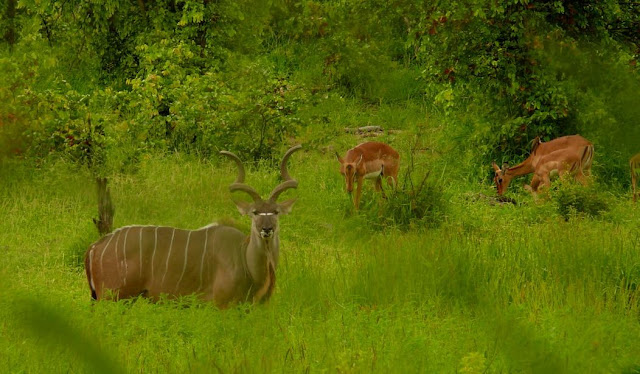 In one lush meadow, we admired this large, Greater Kudu. There were also Waterbuck, Reedbuck, and the Impalas in the back of this photo. Lots of little birds as well, especially widowbirds of several species. 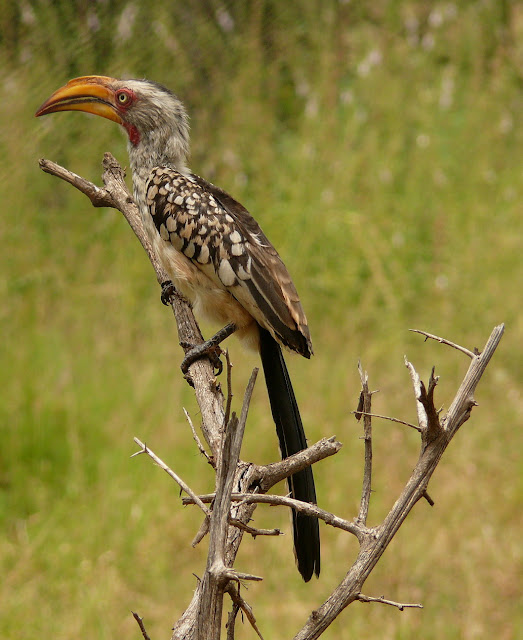 Africa has an abundance of hornbills. They are a family of very pre-historic looking birds. Impressive but grotesque in my opinion. We saw lots of Southern Yellow-billed Hornbills. They were not at all shy. 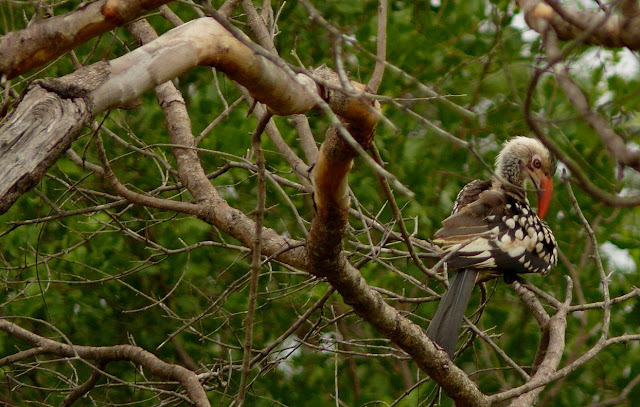 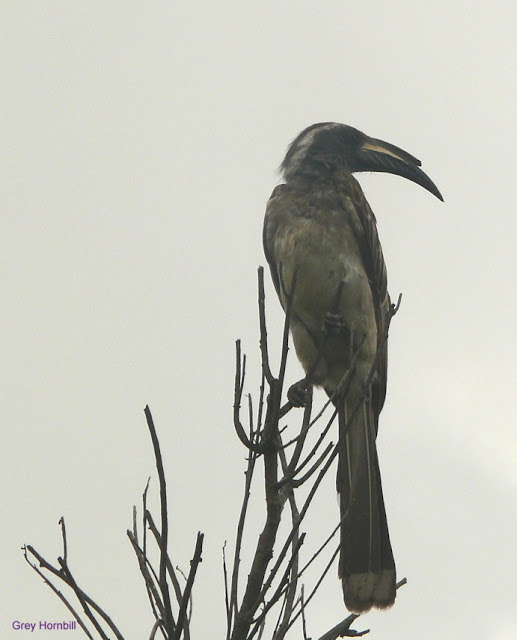 Another similar, though less colorful hornbill, Grey Hornbill. They are a little shyer than the former two species. 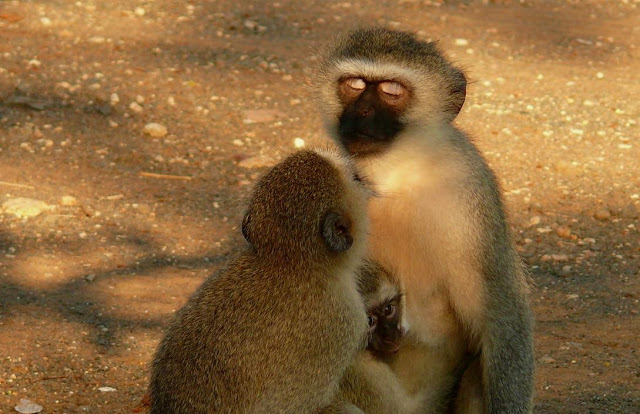 It's always delightful to watch monkeys, like these Vervets. See the little baby? They were hanging out in Punda Maria Rest Camp. 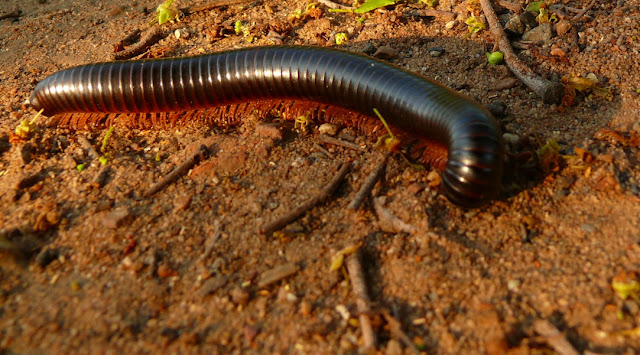 The abundant, and large millipedes in South Africa are locally called Chongalolos. They are completely harmless though they can emit a foul stench when molested. 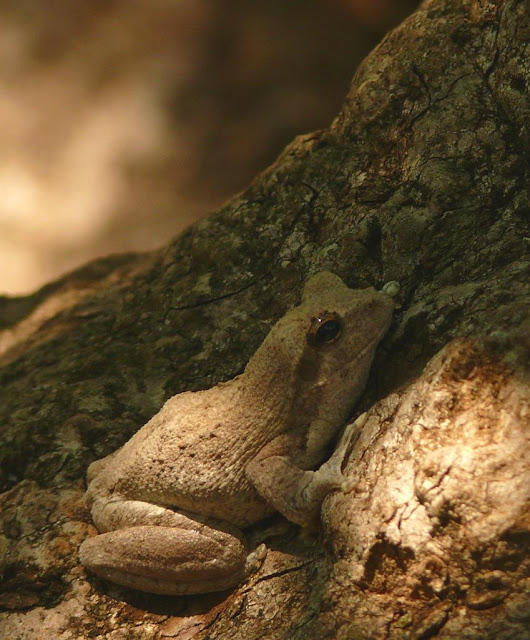 We saw a few of these large, pale treefrogs that Tom called Ghost Frogs. I think they are also known as Foam-nest Frogs. 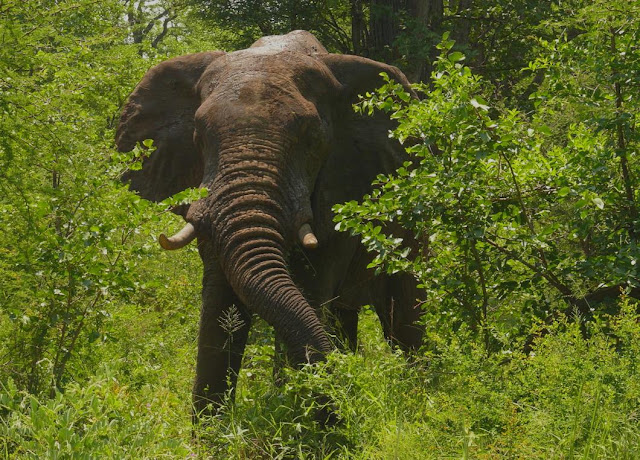 From the small wildlife to the biggest. It's one thing to see elephants on tv, or in zoos, but to see a wild elephant 10ft off the road is altogether different. They have a very imposing presense to say the least. Some of them had me quite concerned. 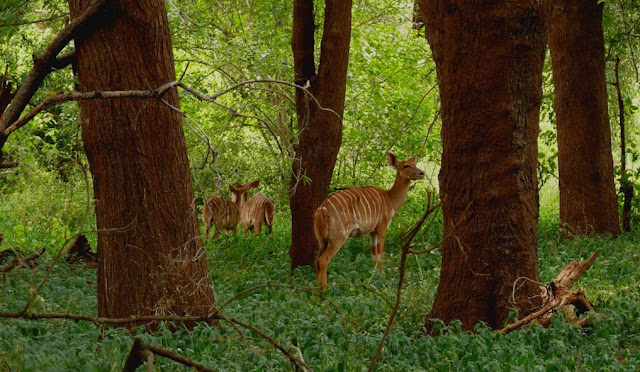 At one picnic area, we were able to walk amoung some very beautiful Nyala. 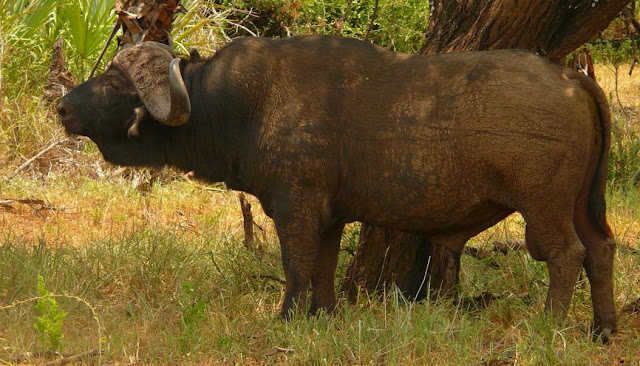 Nearby the Nyala, there was this huge. Cape Buffalo. It was truly massive, and unconcerned about us. We kept a respectful distance. At least far enough to give us time to scamper up a tree if it decided to charge. 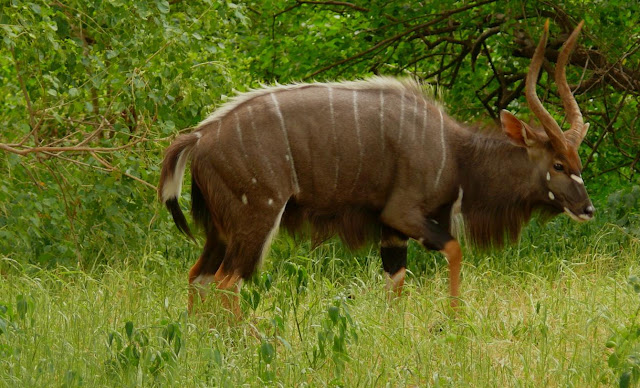 The male Nyala looks completely different than the females. It is another very impressive animal.
Posted by john at 6:02 PM