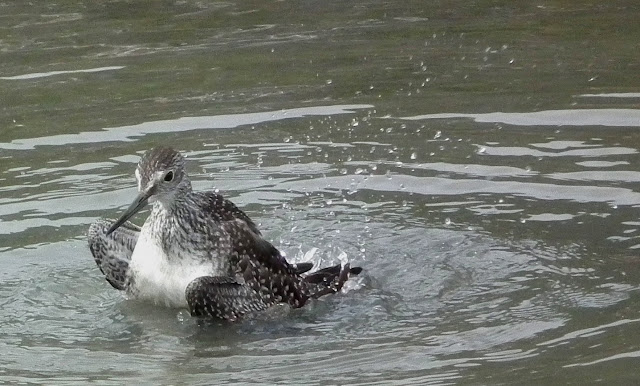 No, not voluptuous women. I'm no voyuer. These are just beautiful shorebirds. When you can't find anything new and exciting to photograph, then try to get photos of mundane things doing something interesting.
Today I went back to the coastal trail, and Westchester Lagoon. It's a good escape from traffic and city noises. In a small slough next to Westchester, there were lots of shorebirds like this bathing, Greater Yellowlegs. 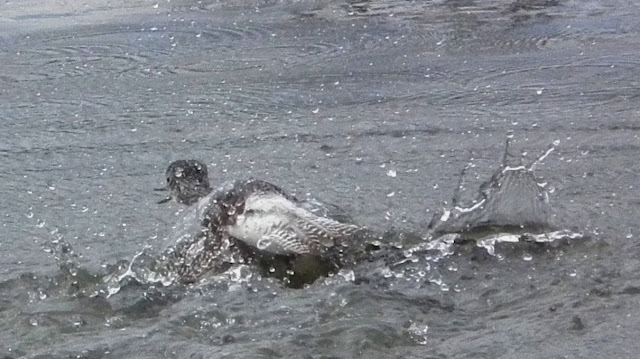 It was really enjoying itself. 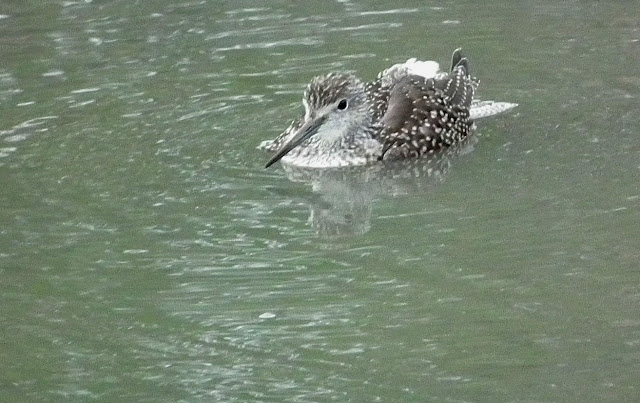 There were also some bathing Lesser Yellowlegs, but I'm not sure if this is one of them. 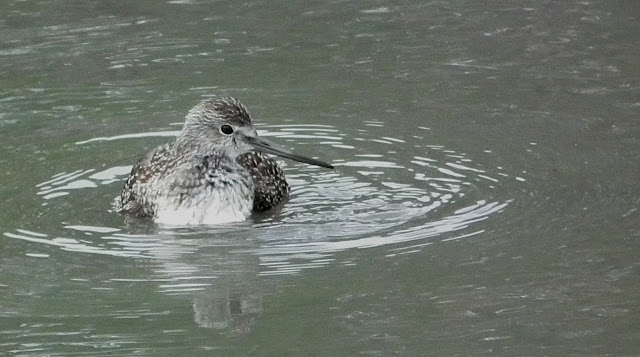 Whether Greater, or Lesser, it sure is a cute little guy. 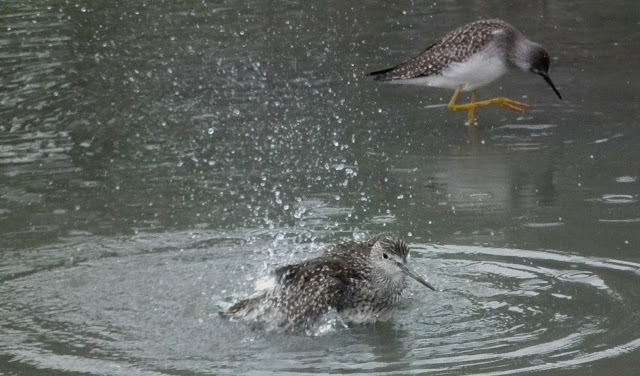 I'm almost certain that these are Lesser Yellowlegs. There were plenty of both species present, but it's hard to tell the size from a photograph. The beak length is also not an obvious field mark in photographs. 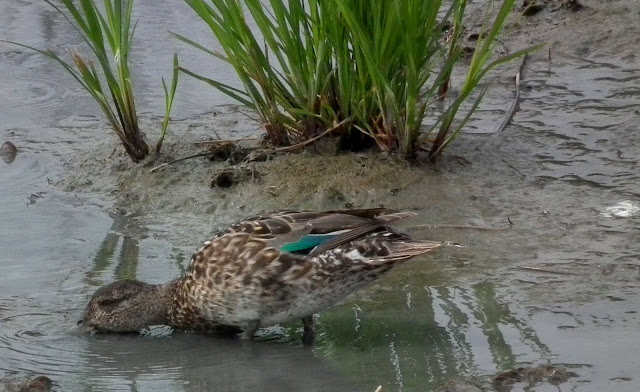 There was also a cute, little Green-winged Teal sifting through the mud. It's been a month or two since I've seen a Greenwing. 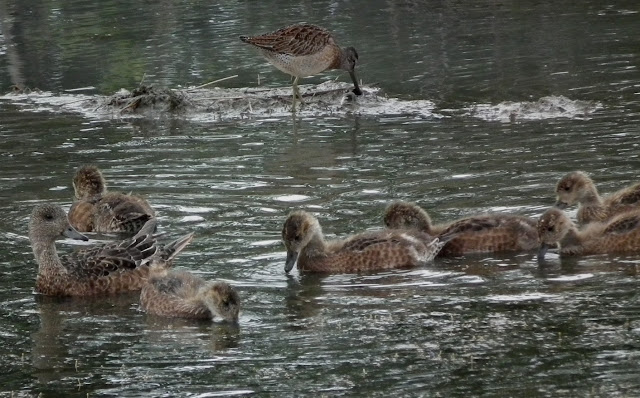 Along with the Greenwing, there was an American Widgeon family, sans the father. A Short-billed Dowitcher is in the background. 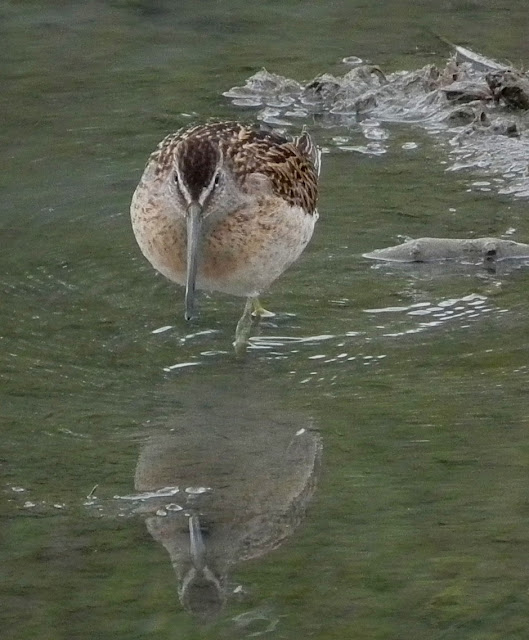 A nice portrait of a fat, Short-billed Dowitcher in non-breeding plummage. 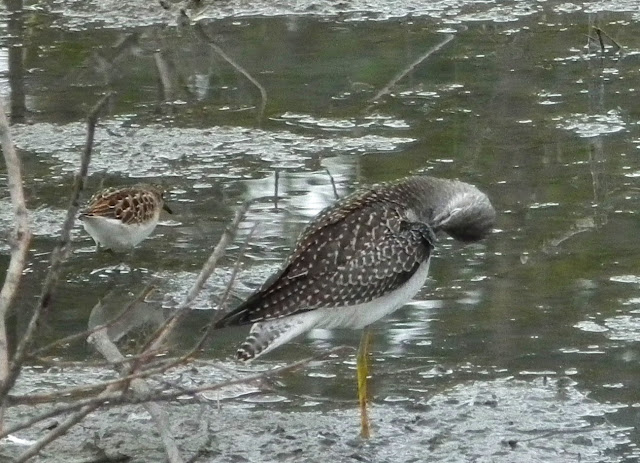 A preening yellowlegs with a Least Sandpiper in the background. 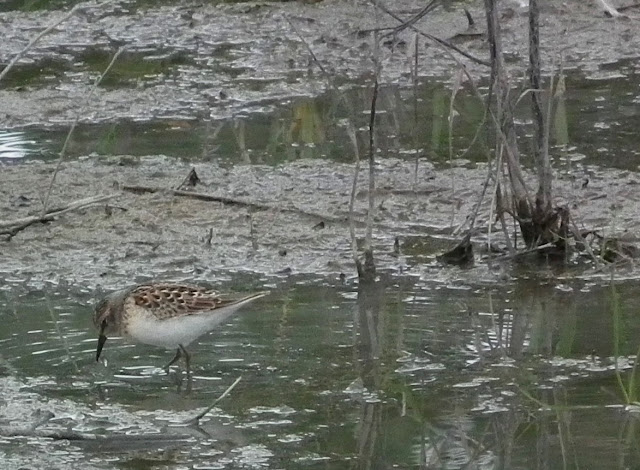 Today was the first day this year that I have seen Least Sandpipers. They are the smallest North American shorebird. 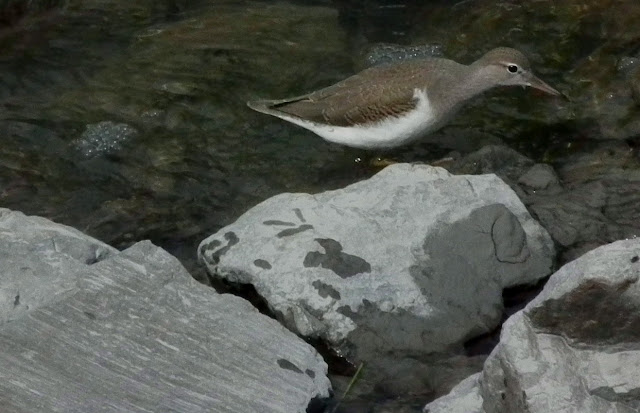 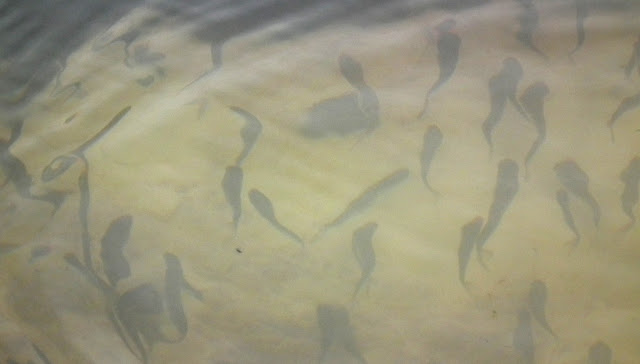 These are fingerling salmon I believe. They were right at the meeting of Westchester Lagoon and Chester Creek. 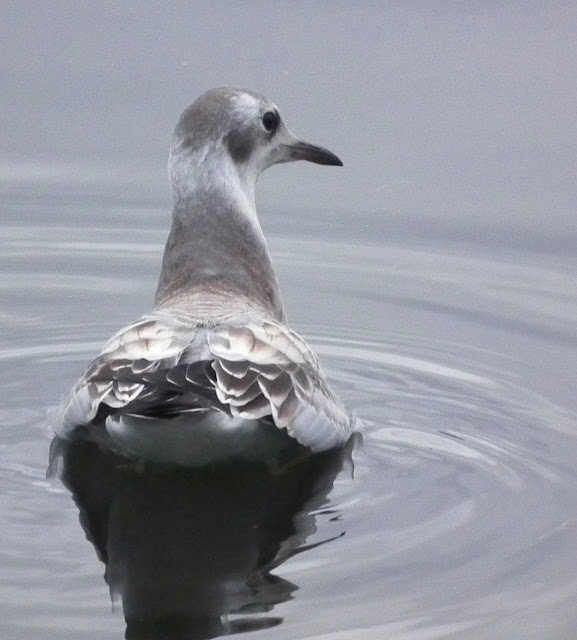 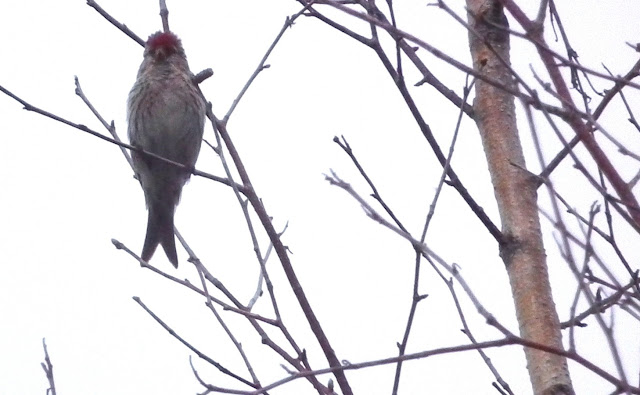 A Common Redpoll in bad light. There were many other good photos I wanted to post, but I'll stop here.
Posted by john at 1:02 AM